The Sega Dreamcast’s run may have been short-lived, but in under two years, it had an alarmingly high amount of great games in its library. Sega may not have been at their peak in popularity, but the 9/9/99 launch of the DC gave them the freshest look and feel that they had since the disastrous late ’94 through ’99 period for the company in North America. A lineup with the aging Genesis, Sega CD, Game Gear and 32X led to a high-quality but thin library of games and the Saturn’s surprise May launch alienated Sega from several retailers and publishers.

They had a big mountain to climb with the Dreamcast, but with its slick design and cool-looking library of games with mainstream appeal, it looked like a surefire success. The first year of the console is an all-time great one as you have the launch of the 2K series with NFL and NBA 2K, as well as Soul Cailbur and Crazy Taxi in its library with Shenmue and Jet Grind Radio joining shortly thereafter. The library was an embarrassment of riches and one game that has managed to stand the test of time well has been Jet Set Radio. Originally released as Jet Grind Radio in North America for legal reasons, this cel-shaded adventure offered a slice of extreme sports alongside even more counter-culture with the tagging system and funky soundtrack. 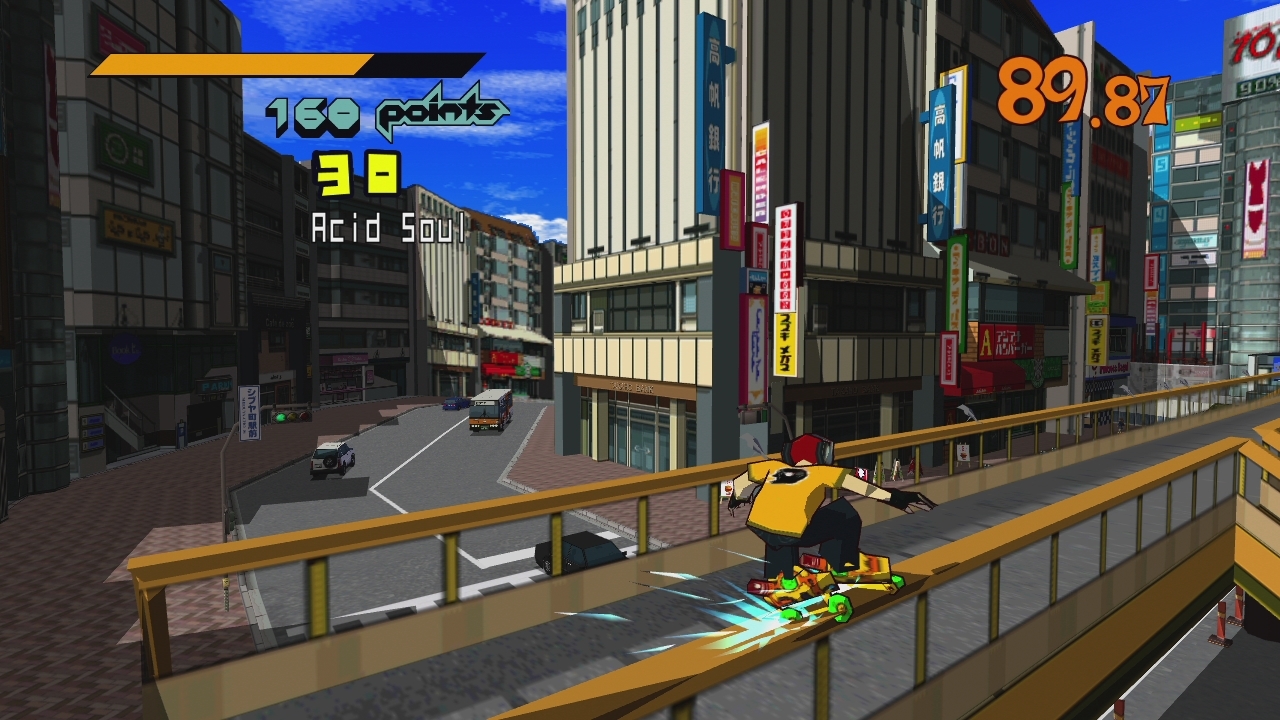 As a young, rebellious member of the GGs gang led by a pirate radio guru Professor K, you go around Tokyo-to’s streets tagging rival games’ turf, the gang members and the police force led by Captain Onimusha – who bears a striking resemblance to Inspector Zenigata from Lupin III, and then battling the Golden Rhinos later on. The latter group is a violent knife-wielding group, while Onimusha’s police force may be a bunch of goons, but he’s packing a shotgun and doesn’t mind blasting the player at short range. JSR was designed to show off why the Dreamcast was a massive step up from the hardware available at the time and did so marvelously. With cel-shaded graphics and a bright color scheme, it’s both very much of its time and also timeless since there’s nothing else like it on the market right now.

The style is something that nothing has replicated – others have tried, but none have come close outside of the Xbox sequel. The original is where cel shading became a big part of the industry and led to it being an art style that has allowed many games of this time period that used it to age nicely. We’ve seen Cel Damage live long past its “well, it’s a launch title – so I’ll pick it up…” initial run thanks to Cel Damage HD and the re-release of this game on then-modern devices in 2012 signaled a rebirth for the series that has sadly not been fully capitalized on since. Sega put it on the PC, PS3, Xbox 360 and even mobile devices — and did a great job with it relatively speaking. 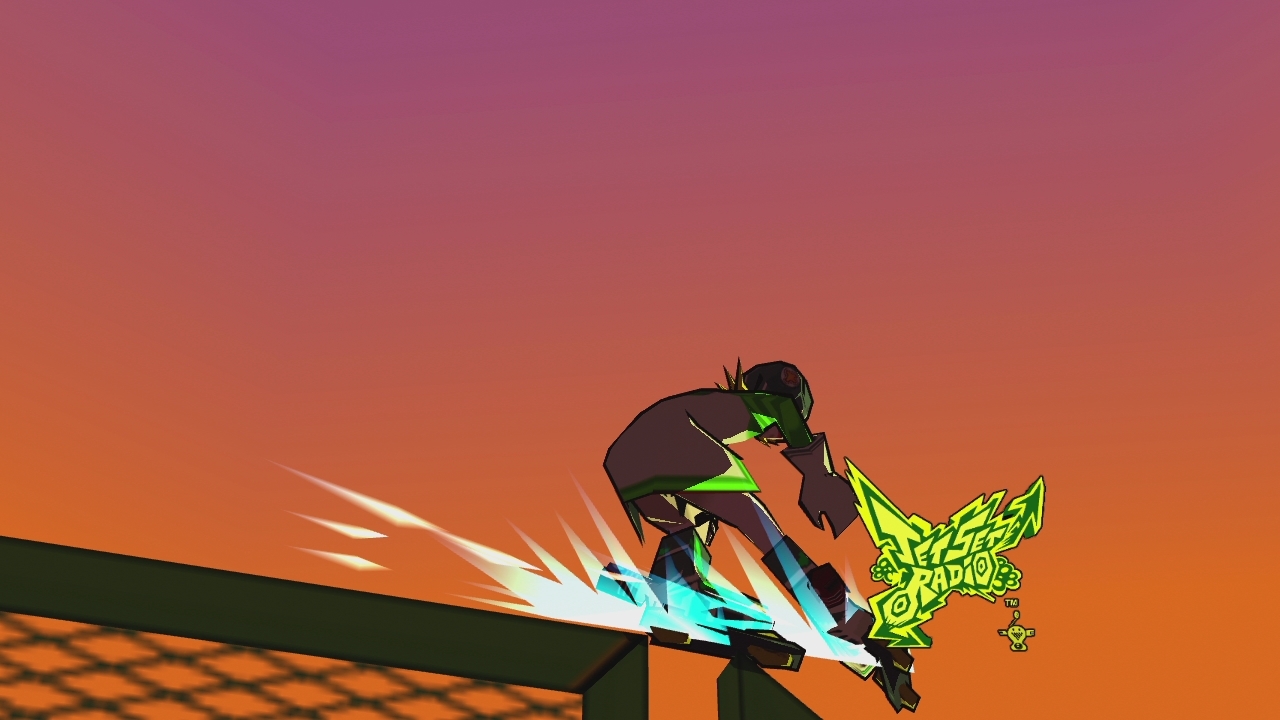 They were able to keep 99% of the incredible soundtrack intact and revamped a lot of the in-game graphics to look better on modern displays. The great thing about that is they scale up nicely on today’s hardware, with the game running great on the Xbox One/Series family of devices and thanks to Xbox backwards compatibility, the game should be playable on consoles for many years to come. It’s one of the Dreamcast’s finest games and managed to blend a flashy art style with a unique premise and do so in a way that remains fun forever. Twenty years after its initial release, Jet Set Radio is something where beyond the iffy camera, most parts of the formula hold up well.

The fast-acting trick actions are a blast to see unfold in real-time as you grind across railings and anything you can imagine. The settings fluctuate from day to night and manage to stand out as you can also have things like boardwalks and sidewalks filled with people — or large hilly areas full of vehicles and pedestrians to avoid. The gang warfare aspect of things is cool too due to the highly-stylized look that each gang has. The spray paint mechanic ties into things because each gang wants to rule Tokyo-to with their tags — and beyond tagging the streets to reclaim them, you can tag the gang members for an extra bit of humiliation. 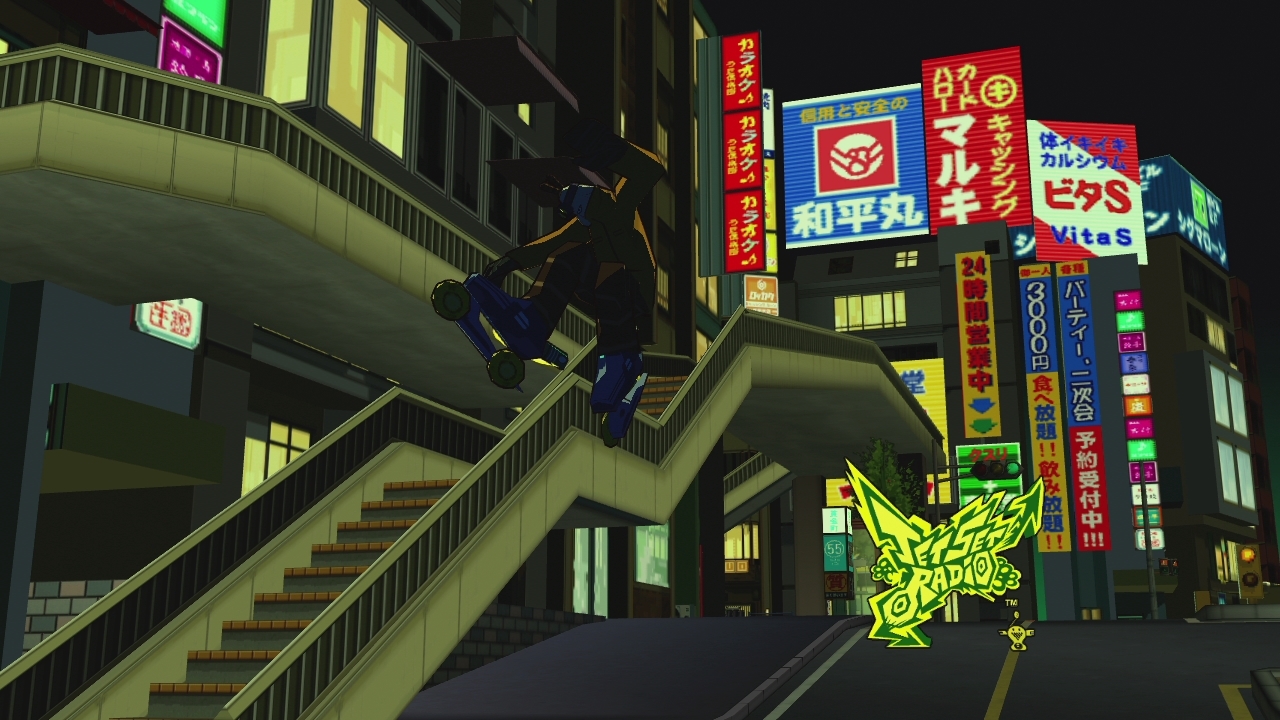 The analog stick-based movement for both your character and the tagging still works great and while the sequel’s streamlining of it to a button price was nice for pacing, that did take away some of the thrill of having to get tags done as quickly as possible by doing well. There’s just something about having a swarm of goons coming after you while you try to get your tag done that not even the sequel could match. It’s hard to believe that a game filled with so many bright colors could induce fear — but when the screen cuts away to show a new group of goons coming at you with a boss in tow, that’s exactly what happens. It’s a testament to the hard work that went into the game that this was possible — and it’s clear from every second you play it that passion was poured into everything.

Whether you’re tagging the streets during the day, a bright sunset or in darkness, every time of day has its own feel. Night time looks stunning with neon lights adorning buildings, but it’s also more ominous. Daytime stages can lure you into a false sense of calm as you can grind around playgrounds — but also have to then make giant leaps in order to progress. The game has many things to love about it, but its camera isn’t one of them as even in the remake, it will get in your way during tightly-packed sections or during long jumps. You just can’t get it where it needs to be at all times and that’s just about the only part of the game that truly needed to be fixed up from the original to the re-release twelve years later. 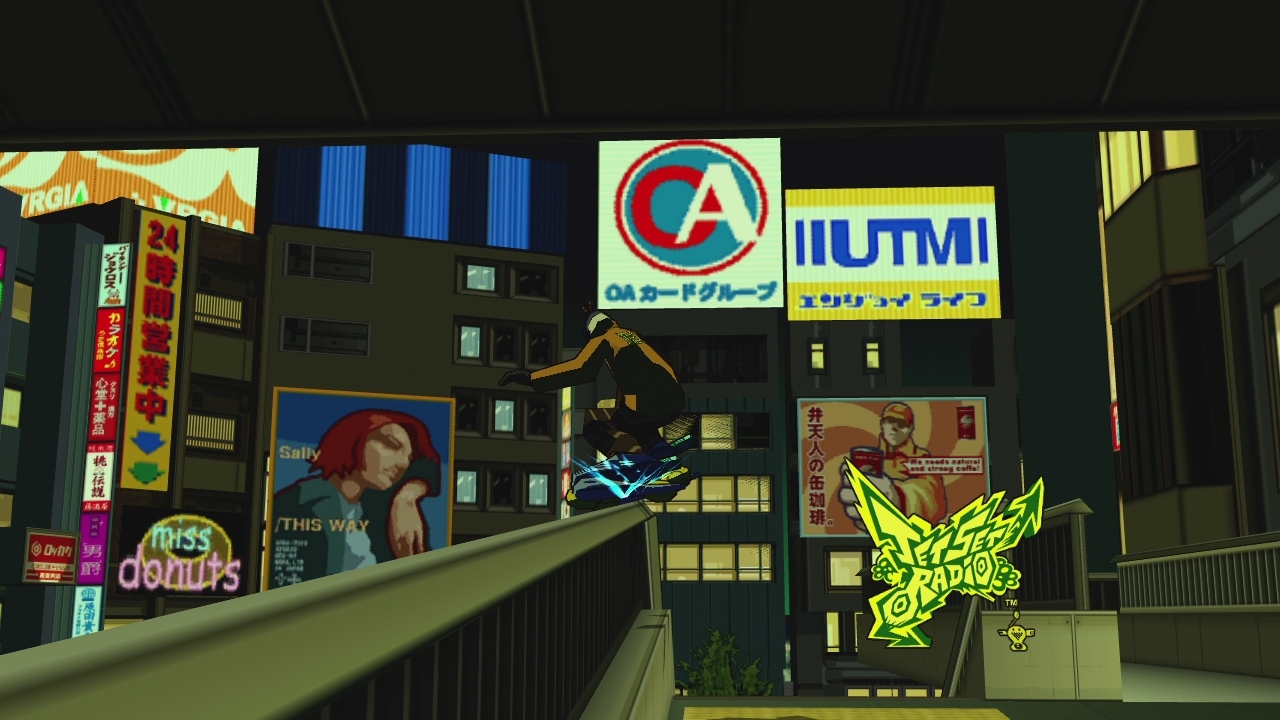 Visually, the cel shading holds up nicely outside of the low-res assets used for some of the logos in the game. The animation was smooth in its time and as is often the case, when extra effort is put in the first time, it results in things being more future-proof and that holds true here. Musically, the funky soundtrack remains a lot of fun to listen to and remains one that you can easily listen to outside of the game and still dance along to easily. The voice work is great too, with Professor K coming off like a cool older brother-type who is out to protect his friends and give them missions, but also a bit stern too.

Jet Set Radio is a must-play for any fans of extreme sports-style games or anyone with a love for funky music. It’s got one of the best mixes of visuals, audio and themes ever with a bit of rebel punk blended in with Japanese cultue and a circa-2000 American counter-culture. It’s a near-perfect experience and hopefully we will see a compilation released with more modern resolutions and upscaled graphics to help it remain relevant for years to come. Something like what Forever has done with Panzer Dragoon and coming up with the House of the Dead Remake would be cool since this series would be a great fit on Switch. If that day never happens, at least we have games like Bomb Rush Cyberfunk on the horizon to help out and keep the spirit alive.