The early ’90s were an interesting time for the Nintendo Entertainment System. The 16-bit era was in full effect and 8-bit hardware was seen as passe. Due to reduced prices and an already-large install base, however, game sales were still doing well. While more recent generations have seen gigantic dropoffs for game sales on legacy consoles after a couple years, the NES was able to get quite a few original releases during a time that would have otherwise been barren when it came to original content. Modern legacy consoles are lucky to get sports and dancing games after a few years — let alone anything good that actually tries new things.

Kid Klown in Night Mayor World was one of these games. It’s a 2D side-scrolling platformer with a few unique things to its credit. It was originally a Mickey Mouse game in Japan, but with Kemco not holding the US gaming rights to the character, it was changed to Kid Klown – a far uglier design, but one that would allow this game to be in their complete control forever. Despite that, the game hasn’t seen much play since its original release. The character as a whole has — with Kid Klown returning in Crazy Chase not only on the Super Nintendo, but also later on the GBA, but Night Mayor World has become a bit of a hidden gem.

The original game has Mickey try to save Minnie, while Kid Klown features the titular clown out to save his family after thay’ve been kidnapped by the evil Night Mayor. In order to see them again, he’ll have to conquer all of his worlds and topple the kingpin himself. Kid uses balloons as his main way to not only defeat enemies, but also traverse the environments. They’re a projectile and have a bit of an arc to them. The action-heavy approach makes it feel like a cross between Mega Man and Super Mario Bros. where you not only beat enemies with brute force, but can also use some ingenuity and agility to avoid enemies if you so desire. Sometimes, you will have no choice but to do that with enemies like snap-jawed plants coming after you. With them, you have to press down to precisely place a balloon and use it to hop over obstacles. You can also throw them straight up to attack skyward enemies or at a vertical diagonal angle to attack enemies on platforms nearby — the balloon is an incredible versatile tool.

Balloons can also be used much like Princess Toadstool’s dress was in Super Mario Bros. 2 — as a means of elongating jump times. Kid can float around jumps thanks to the balloons and it makes moving around the world much easier than it would be if you could only jump, since the game lacks a double jump. Kid is a nimble little dude and he faces a wide variety of difficult and annoying enemies. Most take multiple hits to destroy, but their timing can be tough to figure out due to erratic patterns. Ducking allows you to evade some hits, but not all and there are quite a few cheap hit hazards thrown into every stage. While these will keep you on your toes, they’ll also drain your hit and life count. 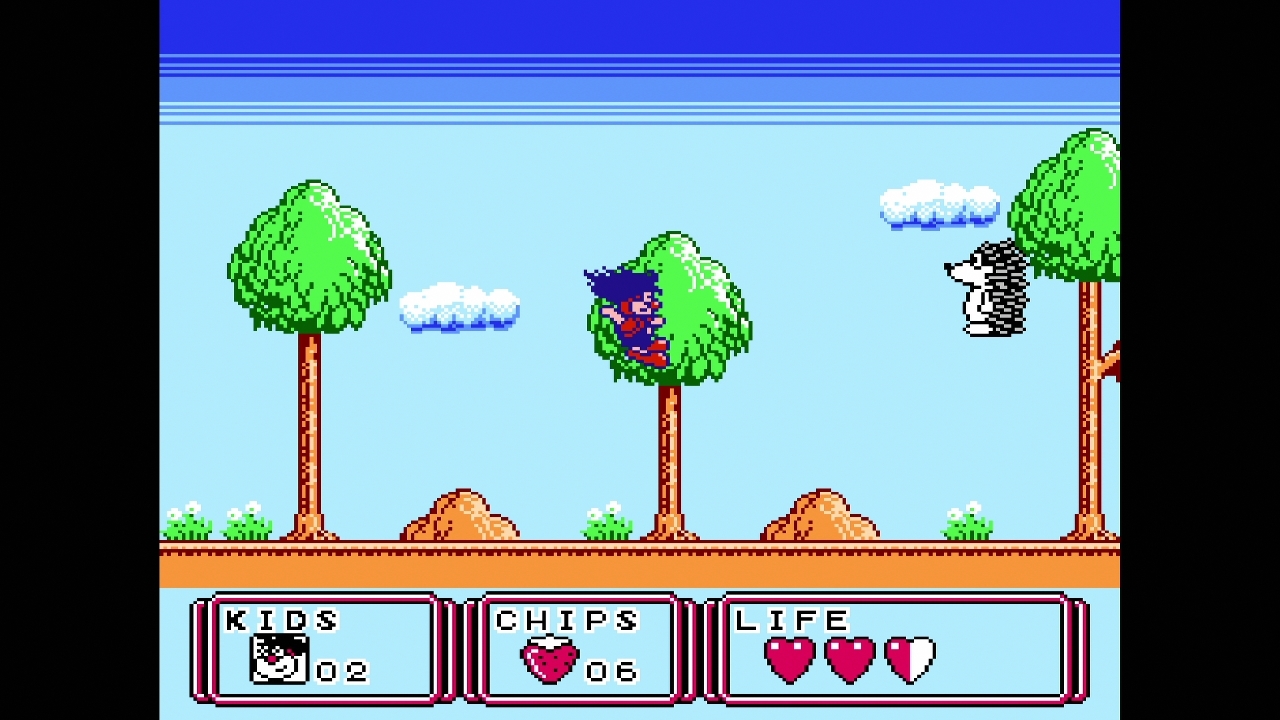 Fortunately, Kid can gain health pickups and invincibility power-ups during the game. He can also earn an annoying power-down that reverses your controls — a popular gimmick in far too many platformers that makes traversing the sometimes-difficult worlds needlessly tough. Having enemy fire aiming at you in several directions while dealing with reversed controls that can remedy themselves at the drop of a hat can easily kill you. Enemies aren’t all you have to worry about, as parts of the environment can also fall on you – so you have to make sure to pay attention to as much of your surroundings as possible.

Eating damage and losing lives makes most games frustrating, but Kid Klown boasts a fun and efficient way to earn both of those back. A between-level shooting gallery allows you to take aim and earn not only health pickups, but also add to a depleted life bar or stockpile lives. It also mixes up the gameplay and works surprisingly well, with several areas to shoot and a tricky timing system to master. A simple 1-1 count will time out your shots and like with the regular balloon tossing, you can hold down the fire button to ensure that you send it out exactly when you want to. While games like Super Mario Bros. 2 used slot machines to good effect in this role, a shooting gallery is far more fun and fits the carnival/circus feel much better. 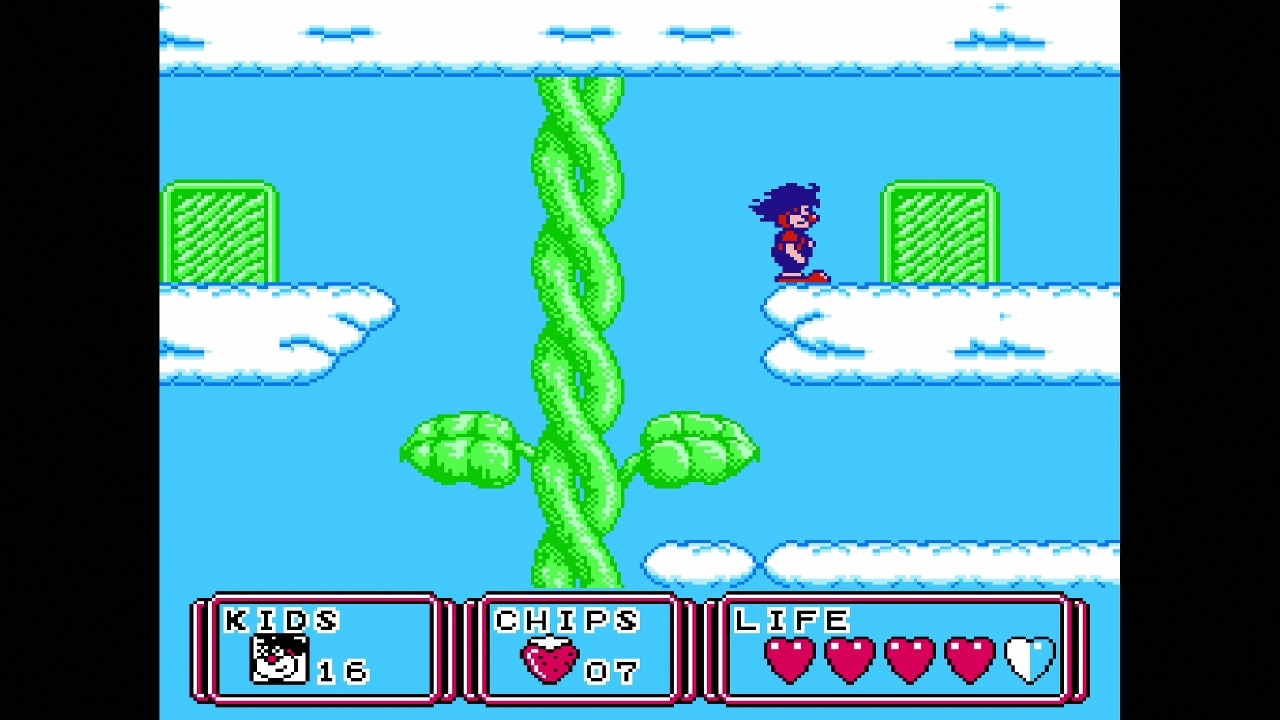 The stages themselves are surprisingly varied for an 8-bit platformer. While you have your usual stage tropes like ice and an easy greenery-filled area, Kid Klown mixes things up nicely. A stage with a toy-heavy theme stands out quite a bit, as does one that has you climb a well-crafted beanstalk. The ice stage has a decent amount of variety in its visuals too, and every stage offers up a fine mix of exploration to get power-ups, platforming, and even some combat-centric areas to ensure that you have a well-rounded skillset to face the bosses.

Kid Klown may be an ugly character design, but the environments he inhabits can be quite beautiful. The opening area has a variety of blue shading in the sky – not quite on par with what you would see in Super Mario All-Stars, but a surprisingly good replication of that kind of effect on much less-powerful hardware. The aforementioned beanstalk area is also gorgeous, with a ton of detail in the leaves and thorny portions of the stage. There’s a lot to love about the visuals here, and that also bleeds into the shooting gallery stages too – which have a consistent framerate to them and never dip despite a lot of things happening at once. 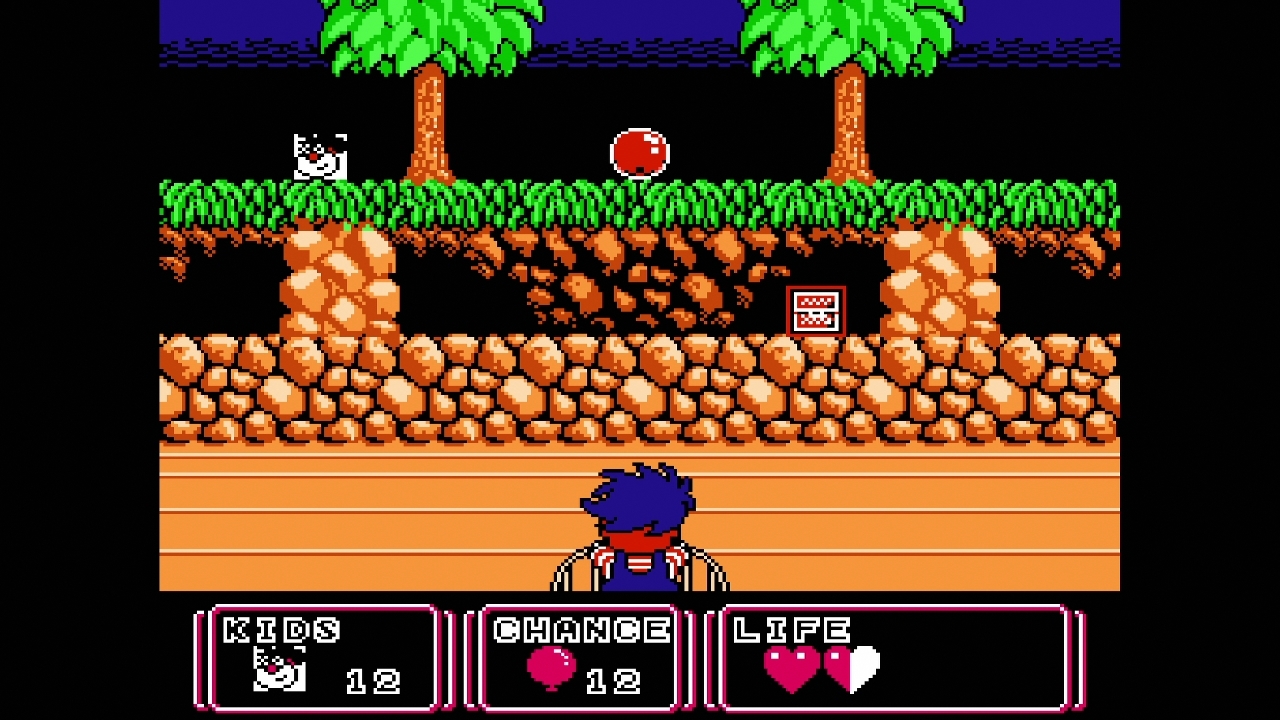 Musically, Kid Klown is not a top-shelf game. It does have a circus-y and whimsical sound to it, but none of it is memorable. It’s all functional and works for the stage, but fails to evoke any kind of emotion. The sound effects fare a bit better, with enjoyable stuff for every type of balloon shot and different sounds for enemy kills as well. You also get some contextual clues to environmental hazards with parts of the area clearly breaking off due to the sound cues and that does make traversal a bit easier than it would otherwise be.

Hopefully, since Kemco still exists as a company, the game will get some kind of digital re-release down the line. Presently, copies of the game still go for hundreds of dollars — although you might be able to luck into a lower price point. As a game, it isn’t worth a princely sum on its own, but owners of flash carts will want to give it a try and will find that it’s something that should have achieved a greater degree of fame in its time. It would have been a natural as a Wii Virtual Console release, but maybe that will happen with the Switch. If you love platformers, give this one a shot — it’s a surprisingly well-crafted game that makes use of latter-day NES hardware mastery to deliver a fun and smooth-playing experience from beginning to end. 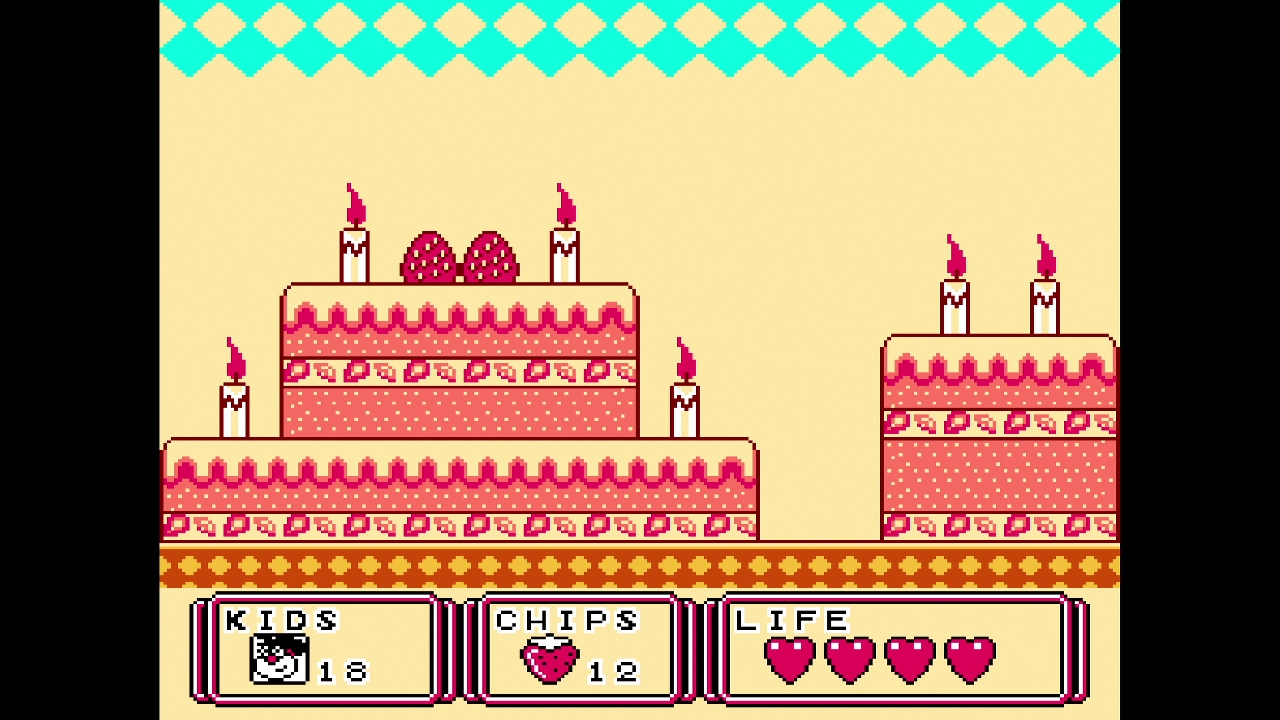