Ever since I first played it on the original Xbox, the Project Gotham Racing series was something special. It provided best-in-class graphics for its time and a unique approach to a campaign that would have allowed it to fit in a modified form in an arcade alongside offering enough core content to last a long time on consoles. Things like cone challenges were new and the kudos system from Metropolis Street Racing on the Dreamcast went from being an obstacle due to forcing driving perfection to a fun challenge meant to encourage players to do better instead of punishing mistakes.

The second game was one of the most influential racing games of all-time in ways that couldn’t have been imagined from a single racing game. Coming just two years after the original, it refined the kudos system to automatically rank people up higher if they performed better than their projected level and brought about the revival of an entire genre thanks to Geometry Wars. Twin-stick shooters were a non-factor until that game was put into the in-game arcade and then the genre exploded. As great as the franchise’s legacy has been, PGR being the origin of Geometry Wars may be its longest-lasting imprint on the industry. 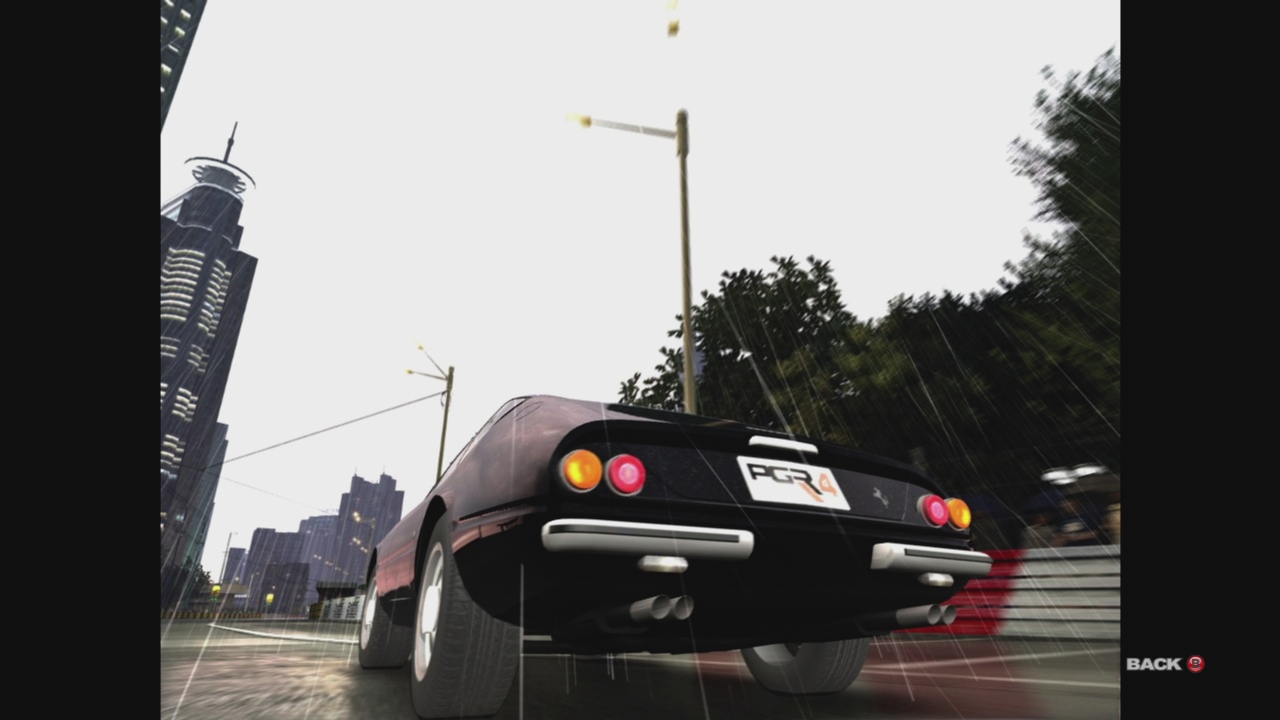 The third game was rushed to market for the Xbox 360’s launch and featured more content and a revamped replay system called Gotham TV. It played smoother than the prior two entries, but didn’t feel like the massive leap game-to-game that the second game was to the first. This was remedied with the fourth and final entry in the series: PGR 4. This magnum opus sought to bring everything that made prior games work and expand upon it while changing the game when it came to vehicle variety and in-game weather.

It seems insane that fifteen years have passed between this game’s release and now when under six had passed between the release of PGR 1 and PGR 4. In that time, we have seen few games be as bold as PGR 4. This entry brought motorcycles into the playable mix for the first time in the series while also bringing industry-leading weather effects alongside them to add a new layer of challenge to the action. The time of day and weather can change during the race or you can pre-set it and both options offer their own thrills. 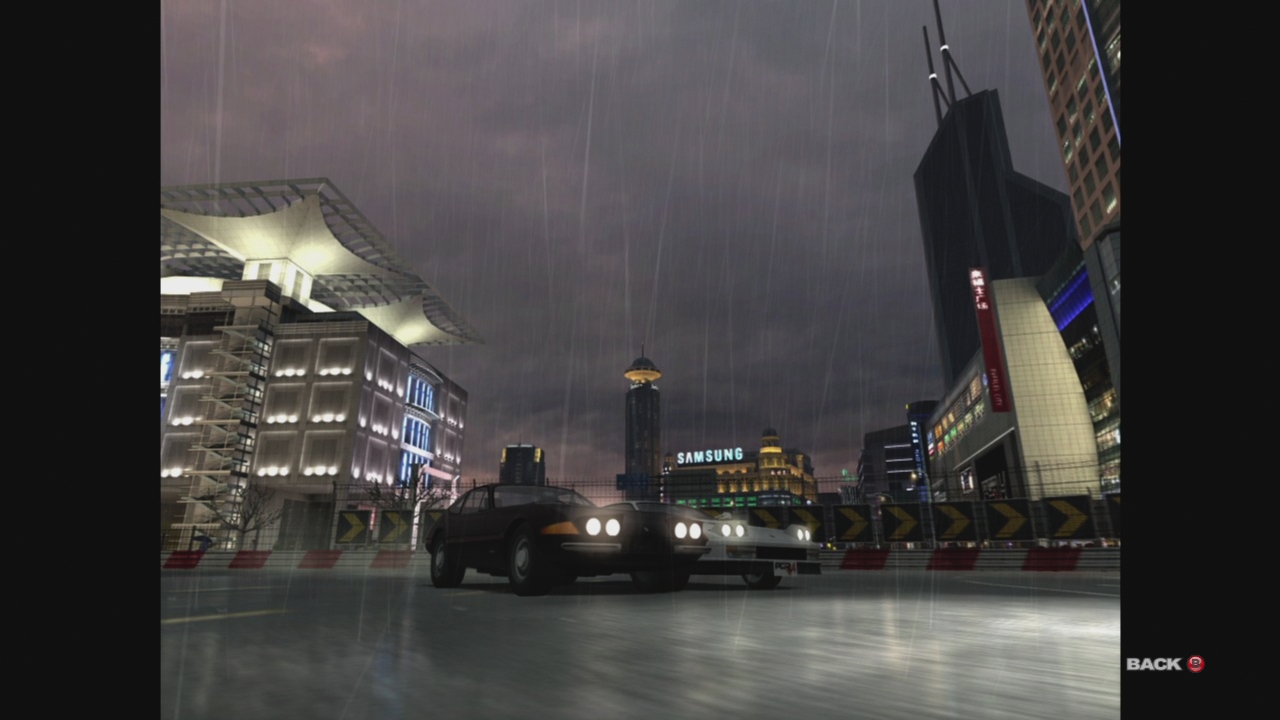 Having a standard race during the day is nice, but the graphics shine during shifts in time, especially when you get a rich blue or purple sky. It’s clear that a ton of work went into the skies and ensuring that environments looked as realistic as possible at all times. A lot of sponsorships were obtained to keep real-world locations fully intact and that high level of effort extends to every other facet of the gameplay and overall presentation.

The weather itself looks great to this day and due to the sheer variety of weather types available — from rain to snow to even ice — nothing since has topped it. Beyond just looking gorgeous, the rain realistically fills the windshield and roadways. Starting off, it will result in the player having to be more careful but as the race wears on, you have to be even more cautious and also deal with rivals sliding around. It adds challenge to everything, but it’s a fair challenge — everything thrown at you can be figured out. 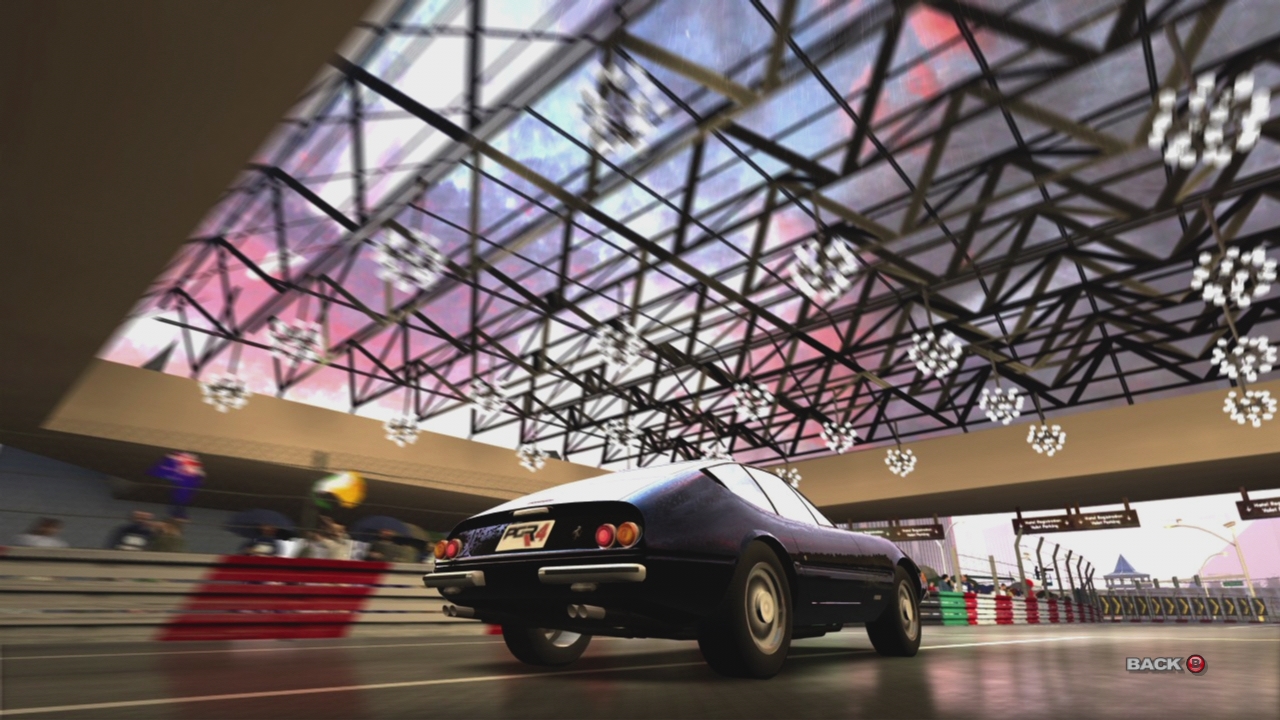 Snow and ice are trickier, with ice requiring more precision. This is one area where PGR 4 and the series as a whole never getting a backwards compatible release or playback on the Xbox One/Series consoles hurts because the sticks on the newer controllers are better than the 360 and those do enable easier precision movements. Ice is by far the toughest to get use to as it is possible to gain a solid amount of control over the vehicle in time — the key is to make sure that you feather your braking and avoid going too quickly at all times. The easiest way to learn is to see what AI drivers do and that’s speed up as much as possible, but slow down early and avoid a ton of braking in tight corners and go for a slower, consistent speed. There are incredible little touches that I never noticed until a replay for this piece — including how bystanders on the sidelines will look panicked and wince when you hit the barricades.

PGR 4 closes out the series with its best soundtrack yet, featuring tracks like “Shadow” from The Prodigy and “Take What you Take” from Lily Allen offering up a lot of variety. Having things like alternative rock to pop rock helps keep both an intense mood for frantic races and a cooler, chill one for things like cone challenges. The sound design as a whole is strong, with the volume of music changing depending on if you’re listening to it in a third-person viewpoint or in-car. The crash effects are lean, but paint-rubbing is satisfying with a good screeching to it. 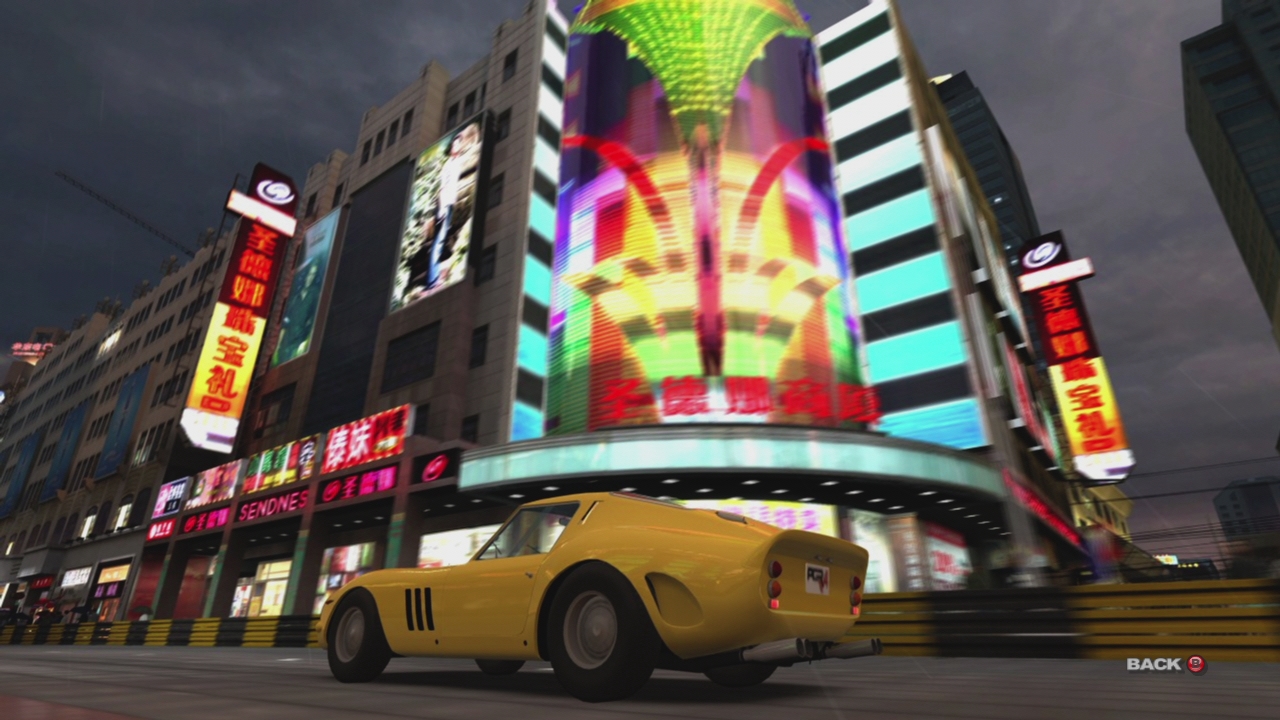 As it stands, the fourth entry of the PGR series is its last, but with Microsoft in the midst of owning Activision, who knows. Maybe we’ll see some of the ex-Bizarre Creations team at Turn 10 work on a new PGR as there’s still nothing like it on the market. Kudos have been revamped in the Forza Horizon series, but don’t carry as much weight and nothing has topped the franchise’s medal system for tracking progress in a satisfying way. In an era of spiritual successors, it’s somewhat surprising that we haven’t seen anything try to do something similar to PGR, which itself was its own successor to Metropolis Street Racer on the DC. Because we haven’t seen anything like it, however, it does allow the four games in the series to stand out even more. The entire franchise can be played on the Xbox 360 and the games themselves don’t cost a lot — although the first two do have some backwards compatibility issues on the 360, they’re fully playable on the device.