Long known as Climax, Black Rock Studios underwent a name change when Disney acquired the group and allowed them to keep creating top-shelf racing games. While Split/Second may be better-known due to it coming out at around the same time as the previously-covered Blur and getting a bit of buzz that way, Pure hit the market first and managed to make Disney Interactive a major player in the racing world thanks to Black Rock’s craftsmanship. Long-heralded for off-road racing games like the ATV Offroad Fury games and trick-based games like Hot Wheels: Stunt Track Challenge, Pure allowed them to mix both off-road action and an in-depth trick system to create the most enjoyable off-road racer of the past fifteen years.

Before Pure, there were countless ATV and motorcross-inspired games — but none of them really felt like racing experiences. In the case of the MX vs. ATV games, you had games with advanced trick systems, but the core racing action felt secondary. So while thrill-seekers were kept happy, those wanting a nice mix of tricks and a heavy emphasis on racing were left out in the cold. With Pure, you have a game that can be played as a regular racing game if you want — but it excels when you blend tricks into your races. As someone who’s bad at trick-based games like Tony Hawk’s Pro Skater (but excels at OlliOlli for whatever reason), Pure’s system is spot-on perfect. 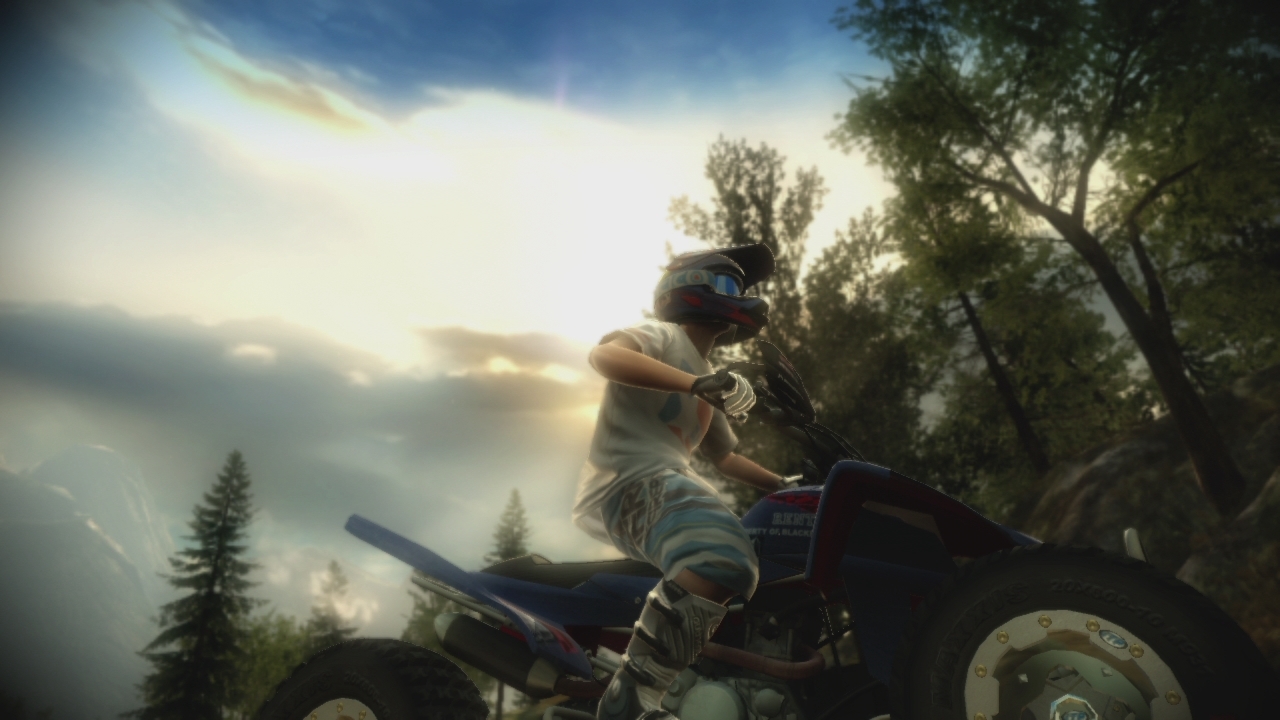 It’s a basic button press-based system in theory, but has a lot of depth in terms of when you can hit certain tricks. Hopping with the left stick allows you to gain more height on jumps, which means that if everything goes right, you can have a bunny hop early in a race and use an A button trick to gain a bit of boost with a truck that doesn’t take a lot of time. These low-risk tricks don’t yield much boost, but can give you an early lead. B button tricks take more time and are best reserved for larger jumps, while Y jumps need a large cliff-esque area to maximize, and your LB+RB bumper boosts are the main events. These can all be chained together for either epic victories or defeats.

Pure lets you feel the thrill of victory and the agony of defeat with not just each race, but each massive trick you attempt. Nailing tricks builds your boost up and that may just save your bacon during a straightaway on the final lap. Each trick also adds an element of danger, however, as failing a trick can send you to the back of the line. If you’re lucky, you’ll just lose a position or two and not have to play catch-up all that much. The bigger tricks come with larger risk and take a lot more time to pull off, though. Failing at those won’t just take you out of the race for a bit, but that will take away your boost as well — making it that much harder to catch up. 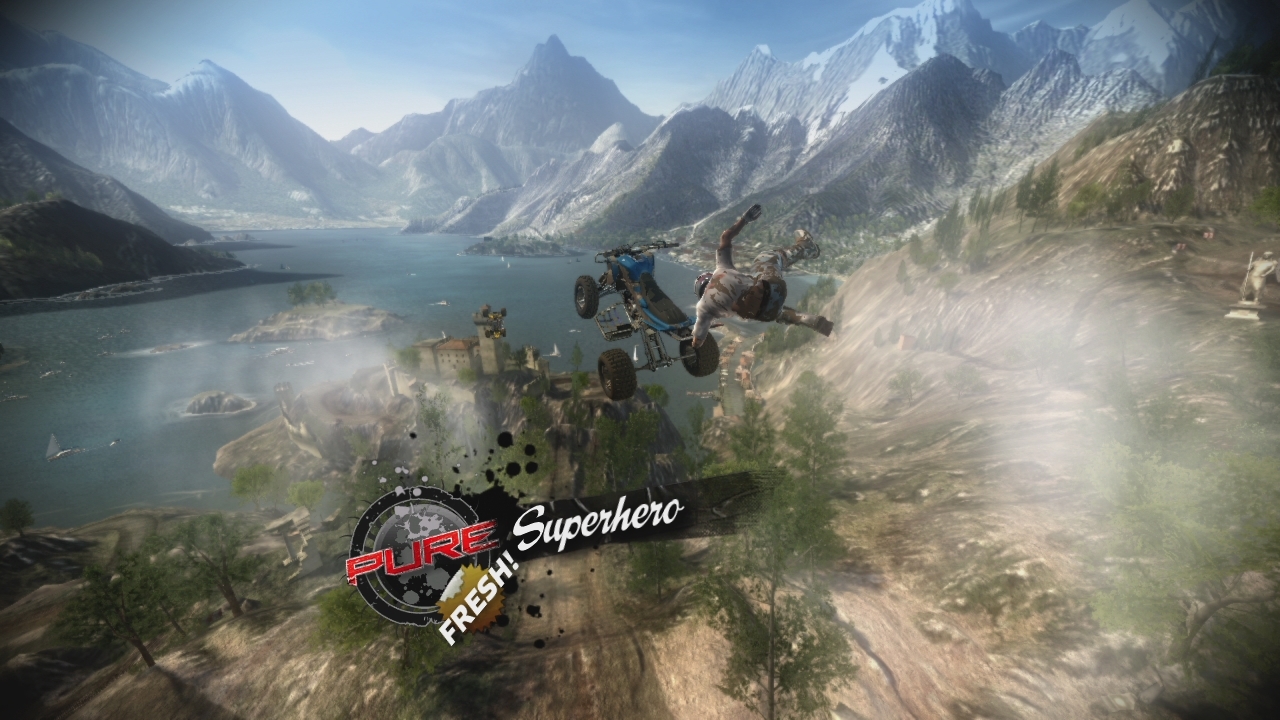 Thankfully, Pure’s multi-path track design helps you make up for lost ground by offering up not only shortcuts, but also ways to take risks on new routes that can pay off in the long run. Let’s say in lap one, you fumble a big trick and go to sixth place. But in lap two, you notice a new path is visible and instead of making you think you can land a Y-level trick, you see it’s a B-level trick at best — so you take the lesser risk and wind up reaping the reward of not only a trick well-done, but more boost that allows you to gain a position or two back. It’s this kind of approach that makes each race feel winnable, no matter what you’ve faced throughout it. While the game doesn’t have a rewind function, races aren’t so long that a restart is unbearable.

This helps ease you into the idea that failure in the game is just a part of learning its mechanics and you’re eased into things well. You’ll have on-screen tutorials for the early going and throughout your boost gauge and tiered tricks are all shown. You know when you can do each trick type, so you don’t waste time going for a higher-level trick than your boost gauge will allow. This is great because it ensures that you’ll always start off with lower-level tricks to learn their timing before being able to mast each of the higher-end tricks. There’s a great sense of accomplishment when everything comes together and the overall flow of the action is unrivaled. 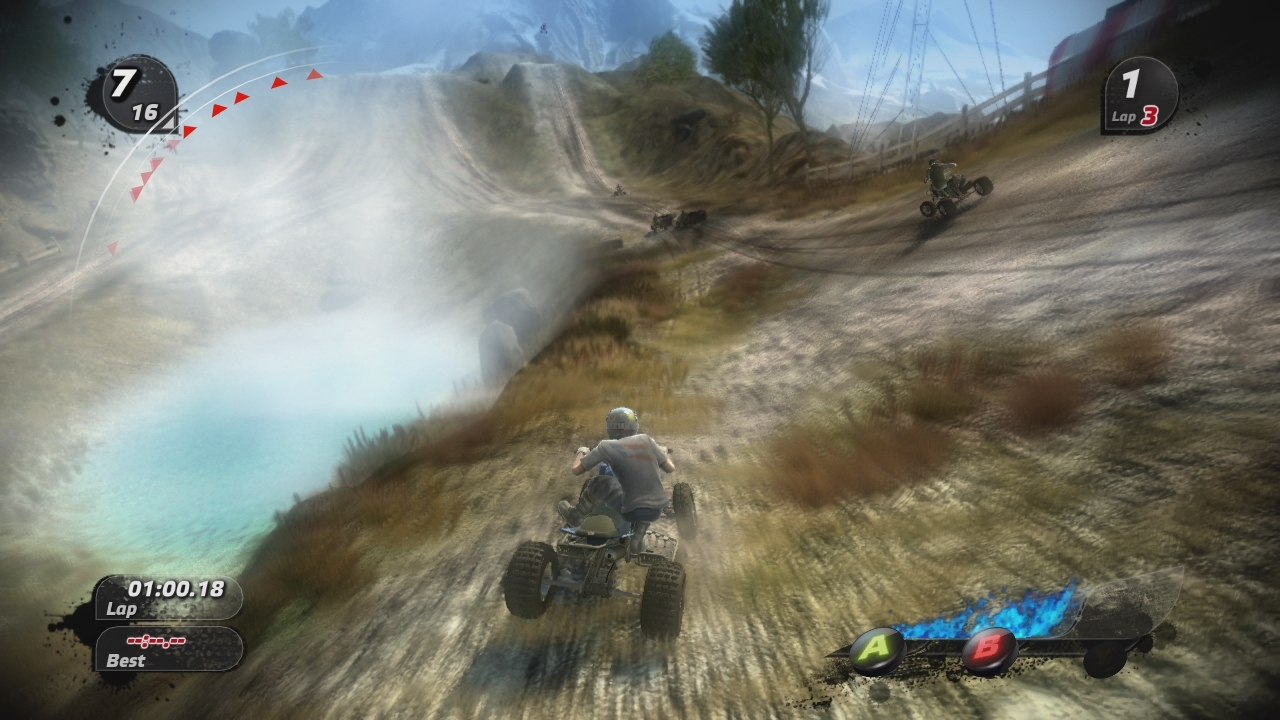 Even twelve years later, I’m hard-pressed to think of an off-road game that not only had fast action like this, but also felt easy to pick up and play after a long absence. In playing through it again from scratch thanks to it being backwards compatible on the Xbox One and me not putting my save in the cloud, I was floored at how quickly I was back to dominating races. This showed me that if this had hit arcades and if that was viable in the US in the last twenty years, it would have been a big hit. Really, everything but the vehicle upgrade system would have fit in naturally in an arcade game. Pure’s lifeblood is adrenaline and it keeps you hooked for each play session.

Outside of some iffy-looking skin, the graphics have held up nicely over twelve years too. Things like dirt and mud building up on your ATV and especially the wind making your outfit move alongside you help add a layer of realism to an unrealistic game. The tracks themselves all stand out too with different bodies of water and shortcuts sometimes taking you through lush jungles, while the framerate remains smooth on either the 360 or Xbox One. You can also play this on PC if you already bought it on Steam, but it has been delisted on all digital storefronts for a while and it’s on the PS3 too. 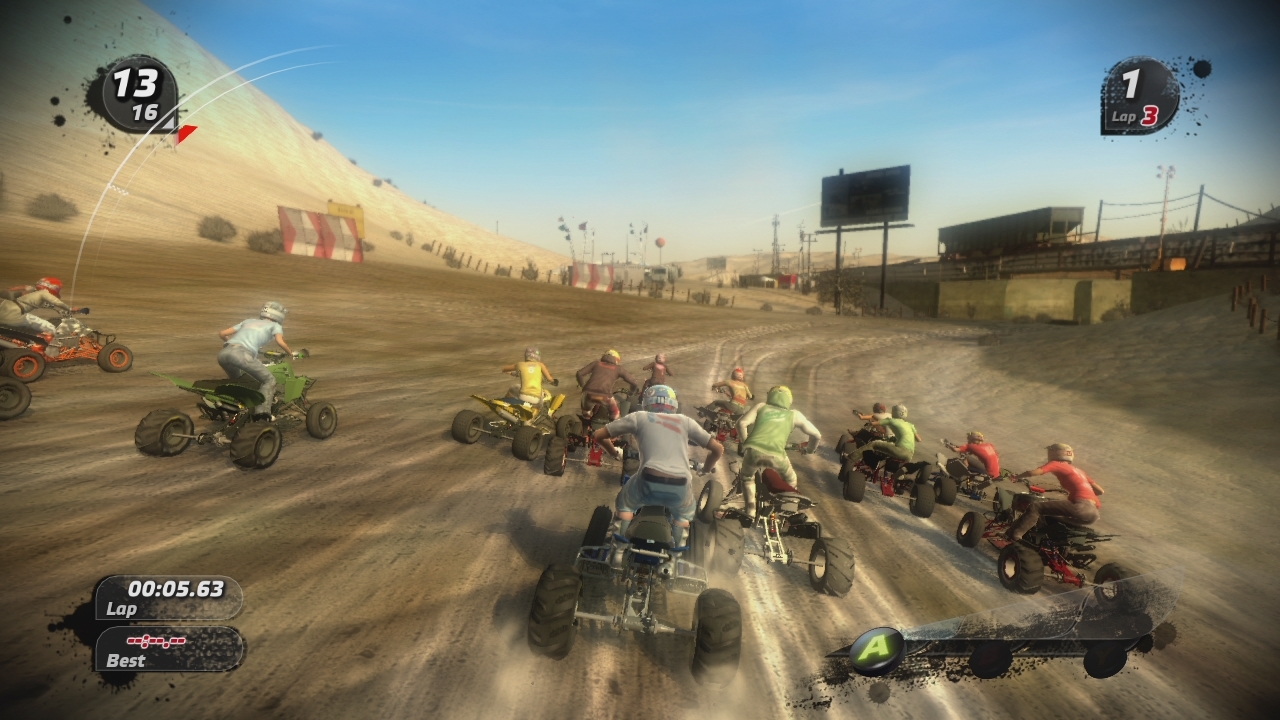 Musically, it’s a got a nu metal-heavy soundtrack and feels just a few years removed from the peak of that genre — but it still works as a time capsule of the time. The Affliction-style shirts really drive home the release timeframe nicely. While the music is solid, the best part is easily the sound design as you’ll have engines roaring around you and then feel the impact if you wind up crashing and hear the thud as the screen goes dark for a bit. It’s a great replication of a flash knockout from a sudden blow and the combination of audio and visual cues helps make the action more exciting.

Getting the game physically on the Xbox 360 is your best overall bet to enjoy the game in its best possible presentation on modern hardware. The disc will still work on the Xbox One and you’ll still benefit from getting higher overall resolutions with it at better framerates. You can get the game disc-only for $5 or so and it’s only about $10 complete — so it’s a great value for something that may very well never be re-sold digitally again any time soon. It’s a top-shelf game and remains fun over a decade after its release.