For the past eight years, the Sly Cooper series has been missing in action in every major form. The last entry was on the PlayStation 3 in 2013 and that came about after an HD remaster of the PS2 trilogy that showcased just why the games were so beloved. Despite the PlayStation 4 playing host to modern-day revamps of classics like Crash Bandicoot and Spyro alongside new games for franchises like Ratchet and Clank – mum is the word on anything with Sly Cooper. The raccoon thief and his friends Murray and Bentley haven’t even been seen in PS2 re-releases on the PS4’s storefront outside of a streaming version of the PS3 games via PlayStation Now.

The first game was something that stood out in its time for a variety of reasons. You had an anti-hero thief character as the lead protagonist and the whole feel of the gang and their inspector rival Carmelita Fox was right out of the classic manga and anime series Lupin the Third. Much like the Lupin gang, every character in Sly Cooper revolves around Sly in some form. Lupin had Jigen as a stoic ally with a minimal tolerance for foolishness, while Goemon was a prudish samurai with a code of ethics that grumbled at having to cut things he deemed unworthy. Fujiko Mine was part love interest, part rival and part ally depending on the plot, while Inspector Zenigata was always on Lupin’s tail and devoted his life to catching him, but respected his rival. 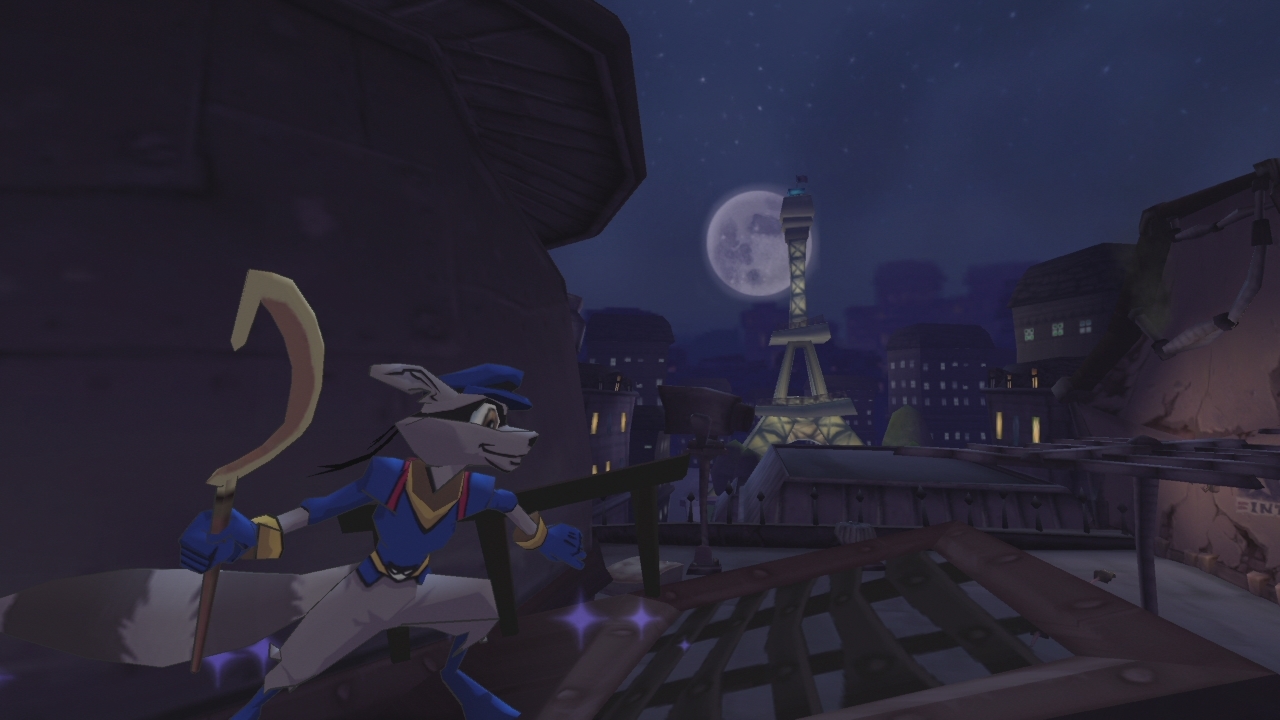 Here, Sly has Murray as his muscle, Bentley as the brains and he’s on the field putting himself in danger to avenge his family. Sly, like Lupin the Third, comes from a long line of thieves and has a calling card to let his victims know that they’ve been taken by the best. Both Lupin and Sly aren’t traditional bad guys despite doing bad things — but because they’re fighting for a seemingly greater cause, it’s okay and they’re doing battle with true evil-doers out to take over the world in some form or fashion. With Sly, his motivation lies in trying to not only stop that, but avenge the murder of his parents when he was a child, which led him to an orphanage where he met Murray and Bentley.

The dark origin story for the man cast is something that helped the series stand out at the time and allows it to be so much more enjoyable than a lot of mascot-driven platforming games of the past. You don’t have a “save the princess/city” story to worry about; that element is in there at points, but the driving force is Sly trying to take out the Fiendish Five that took Sly’s family away while also showcasing the skills of his current makeshift family that chose one another to be around constantly. The Cooper gang has a bond that hasn’t been broken yet, but also has a young cast in it that is finding their way in some regards and that leads to this franchise as a whole being an interesting character study. 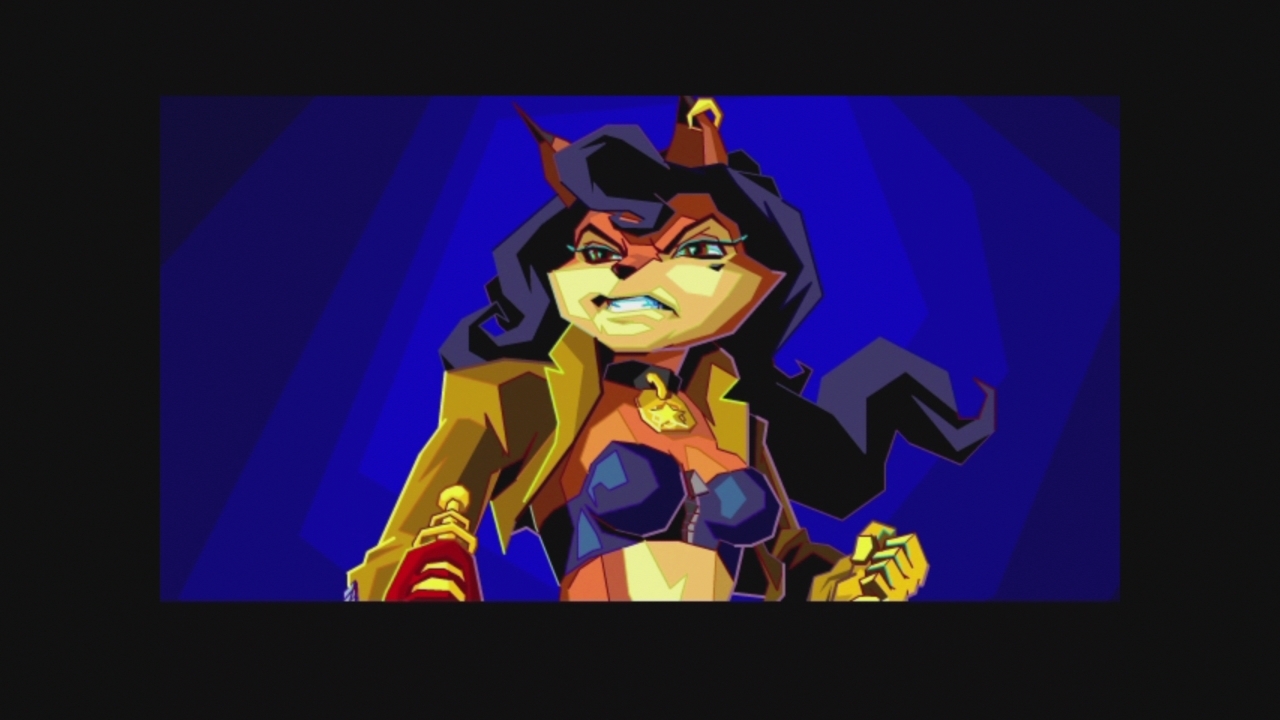 The characters’ personalities are intertwined with gameplay elements well. Sly chats with both of his buddies mid-mission — making them all feel like an integral part of his successes. Sly blends platforming with physicality and stealth marvelously — and meshes all of these genres seamlessly thanks to its premise. Sly sidles along ledges, slowly walks to the tune of a thumping beat that matches his steps, and bonks foes with his weaponized cane with ease. There are other sections that help break up the action too — like twin-stick shooting sections that were ahead of their time as they launched before that sub-genre exploded thanks to Project Gotham Racing 2’s inclusion of Geometry Wars.

Sly’s stealth sections are some of the best I’ve played as someone who never did well at most Metal Gear Solid games. Enemies’ line of sight is indicated with bright flashlights — making it easy to know when they can be attacked without a risk to you. Enemies also have clear and predictable patterns — making getting caught far from the worst thing in the world unless they gang up on you. At that point, running and hiding for a bit can be tricky, but just adds to the importance of avoiding detection when needed. There are a lot of specific action-platforming sections and it’s important to play the game carefully at all times even in those. Beyond avoiding enemies, you also have to ensure that you avoid the many stage hazards that can take you out. 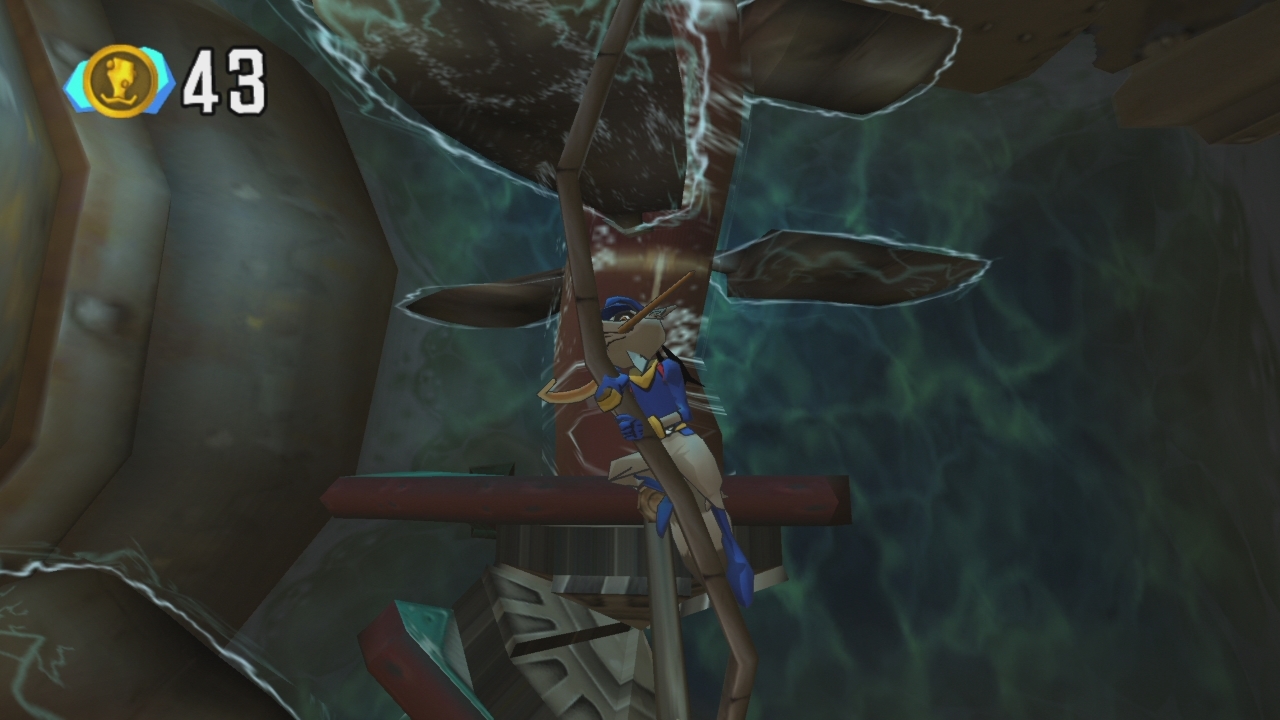 Sly plays great in every gameplay scenario he’s placed in and the animated storybook style used for the cutscenes holds up nicely. The cel-shaded style is still fantastic and the PS3’s HD remaster looks better usually — with sharper outlines and textures, and a few odd areas where the 16:9 aspect ratio looks wonky due to things like transitions to gameplay from cutscenes not being fully optimized from the 4:3 originals. Sly’s animation is spot-on and he slims his body down as much as he can to reduce his profile depending on his situation — so when he has room to move his legs, he will but when he logically couldn’t due to being on a thin walkway, he doesn’t. The environments are varied and you have a lot of stage hazards — from flames shooting at you to fan blades out to slice you up quickly. Sly’s death animations are a hoot and right out of a classic cartoon, which fits in nicely with the animated cutscenes.

The voice work and overall sound design are strong. The voice cast has fantastic chemistry and this feels like something where everyone was recorded together because they play off of each other in a realistic manner and have tiny bits of banter in their dialogue. Little touches like the sneaky sound effects that change in pitch as Sly’s speed goes up or down are fantastic and show just how much care was taken with every detail — no matter how small it was. The music is also good — not exactly classic or anything, but it’s good sleuthing music and fits the theme of the game well. 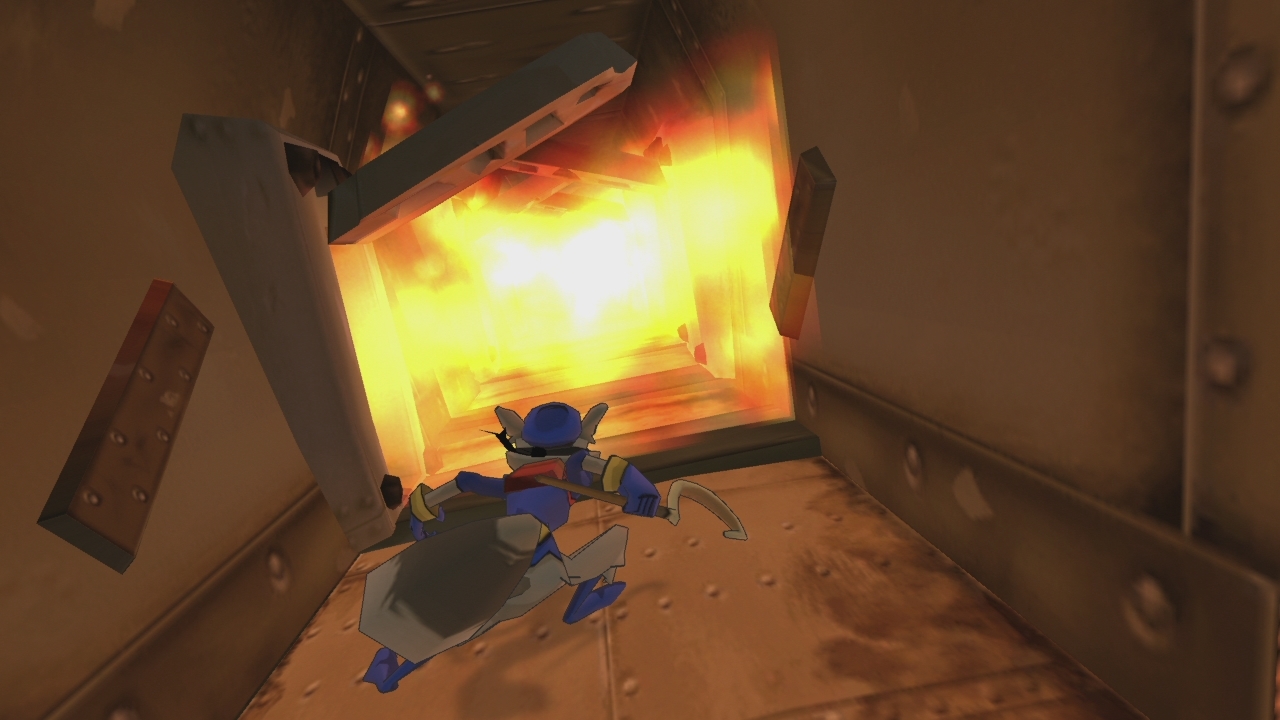 The original Sly Cooper was a top-shelf game in its time and thanks to a rock-solid design, holds up nearly two decades later. The fast-paced action mixed with stealth is something you don’t see a lot of even today — and the thieving premise opened a lot of doors when it came to storytelling. The entire series is good, but there’s something about the original that makes it the easiest one to come back to. The story was different for the genre and even today, you don’t see anti-heroes all the time. The game plays like a dream and hopefully we’ll see either a new entry or a further remaster with higher-grade assets on the PS5 down the line.