As we covered last month, the original Sonic Adventure was something of a revolution for Sonic the Hedgehog — for better or worse. It was a game that wound up being the jack of many trades and the master of just about none, with a lot of fun to be had amid a highly-flawed formula. Its sequel came at an interesting time as well because in just the time between the first and second games, Sega went from being a big deal in pop culture as a whole thanks to a renaissance period with the Dreamcast hitting right alongside a lot of big arcade ports and making the Dreamcast part of the culture to relative obscurity in near-record time. It was alarming to think that in the 21 months that passed from 9/9/99 to Sonic Adventure 2’s June 19, 2001 release date, the Dreamcast was on its death bed and Sega would never achieve that level of fame again. The Dreamcast was in many ways the company’s last gasp as a true innovator and its legacy is a game library that showed more life and creativity in a shorter time period than we would see until the indie revolution hit consoles a decade later.

Sonic Adventure 2 is itself a more focused game than the first and more fun overall — even if it too has flaws all its own that bog down the experience. Unlike SA 1, which featured way too many different kinds of gameplay without many of them being done well, the sequel narrows things down to three distinct gameplay types. Sonic and Shadow the Hedgehog have speed-based levels, Knuckles and Rouge the Bat have collect-a-thon levels with hidden gems, and mech-based third-person shooters with Eggman and Tails. The gameplay is far more streamlined and has received a lot of polish when compared to the first game. The end result is a game flow that features more fun overall and a ton of variety within the stages themselves thanks to more set pieces and an even larger scale. 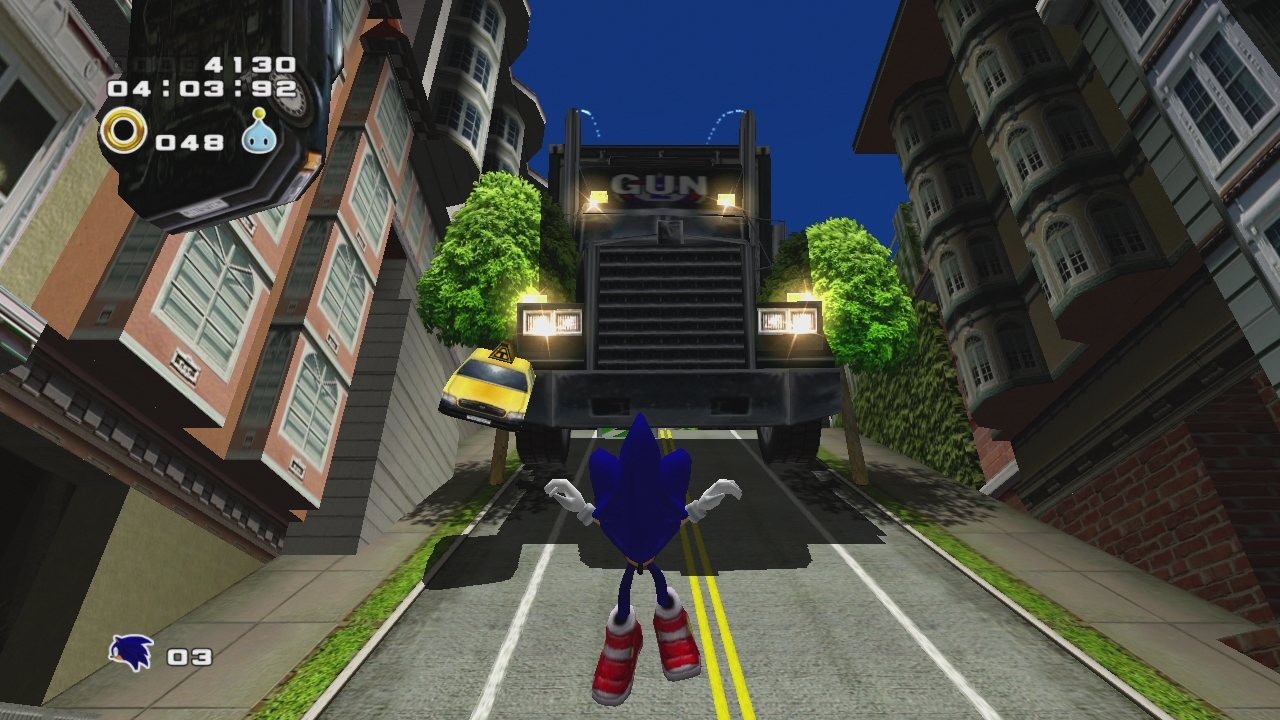 The Sonic and Shadow stages are a blend of faster-paced runners ala SA 1, but with more diverse platforming sections and a greater reliance on the homing attack for multi-path exploration. Now, you can have a traditional path throughout a stage or take a riskier approach that can be more rewarding, but will usually also give you more rings and extra life pickups. Both Sonic and Shadow will zoom through loops and flip on rails like a gymnast, but both gain a boost in traversal thanks to not only BOOST PADS! but also grinding. This is something that Sega saw help make their own Jet Set Radio stand out and there were no platformers on the market using it at that time. Now, we’ve seen it a ton in franchises like Ratchet and Clank — but it wasn’t commonplace at all in mascot platformers until Sonic Adventure 2 hit.

These stages, like Sonic’s in the first game, are the most evocative of the original 16-bit classics in that they’re largely about speed. The original Sonic, however, which if you can believe it was only ten years old at the time as this was Sonic’s anniversary game, is actually another source of inspiration as that had a slower pace for its platforming and SA 2 features that as well when compared to SA 1, while keeping the faster speeds limited to set pieces or areas with a largely-fixed camera and limited movement for your character. This may seem bad, but it also helps prevent the first game’s biggest Sonic stage failing — falling to your death due to the iffy camera that could easily lead to you having no idea where you were in relation to the in-game world. 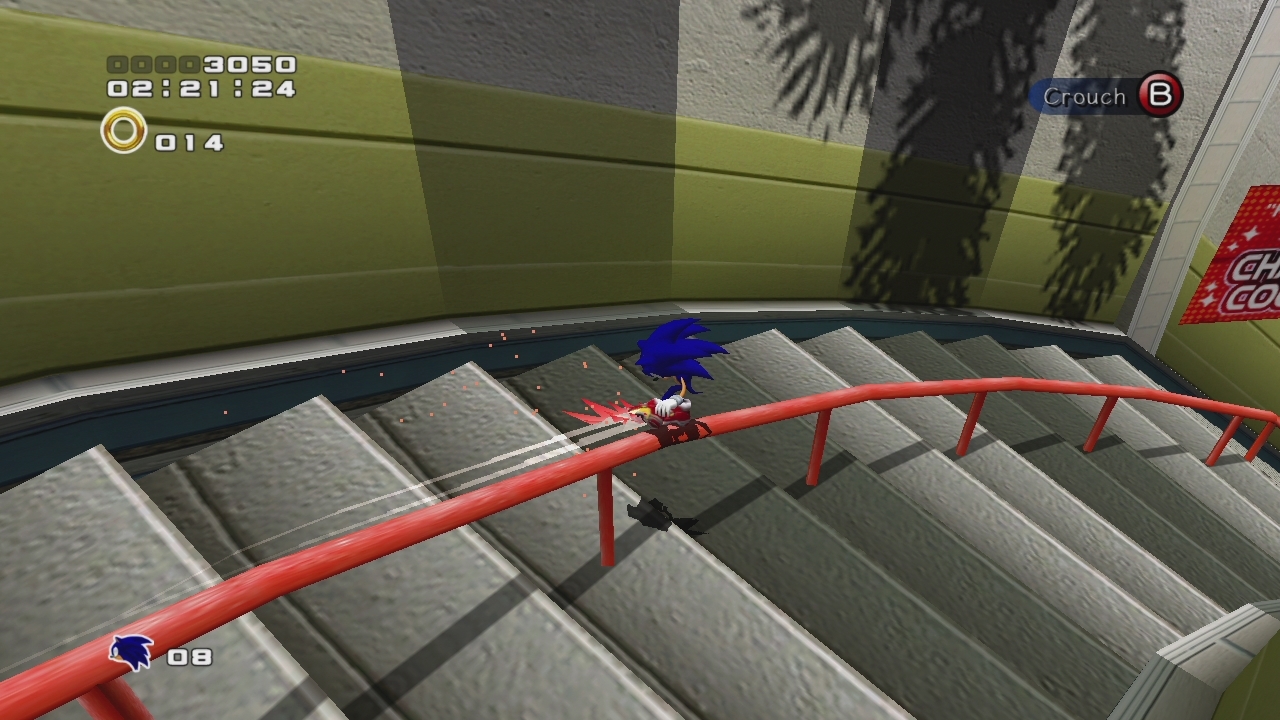 Now that problem can still occur, but it’s far less common now. The Knuckles and Rouge sections probably have the best camera as they just follow you close to the back as you explore stages and look for three shards of the master emerald. A beeping gauge on the HUD lets you know when you’re close, so these sections aren’t so much “hard” as they are sometimes annoying – especially with the beeping. Fortunately, you can also just use the HUD’s color-changing setup to find these pieces as well. I generally don’t like collect-a-thon stuff in games, but these stages generally give you enough breadcrumbs of content with regards to rings and enemies to keep the stages interesting.

The shooting stages are surprisingly diverse, especially given the age of the game. You have a nice mix of shooting, jumping, power-up grabbing and large set pieces here as well. They control shockingly well too given that the DC didn’t have two analog sticks and while they aren’t on-par with the speedy Sonic and Shadow stages, they are far better than things like the plane shooting segments in the original game or the shooting sections there with the ex-Eggman robot, E-102. The Shadow and Sonic stages feel like the peak of the overall game, but the other modes don’t drag things down like they did before and instead offer up well-crafted modes that are different but still good. 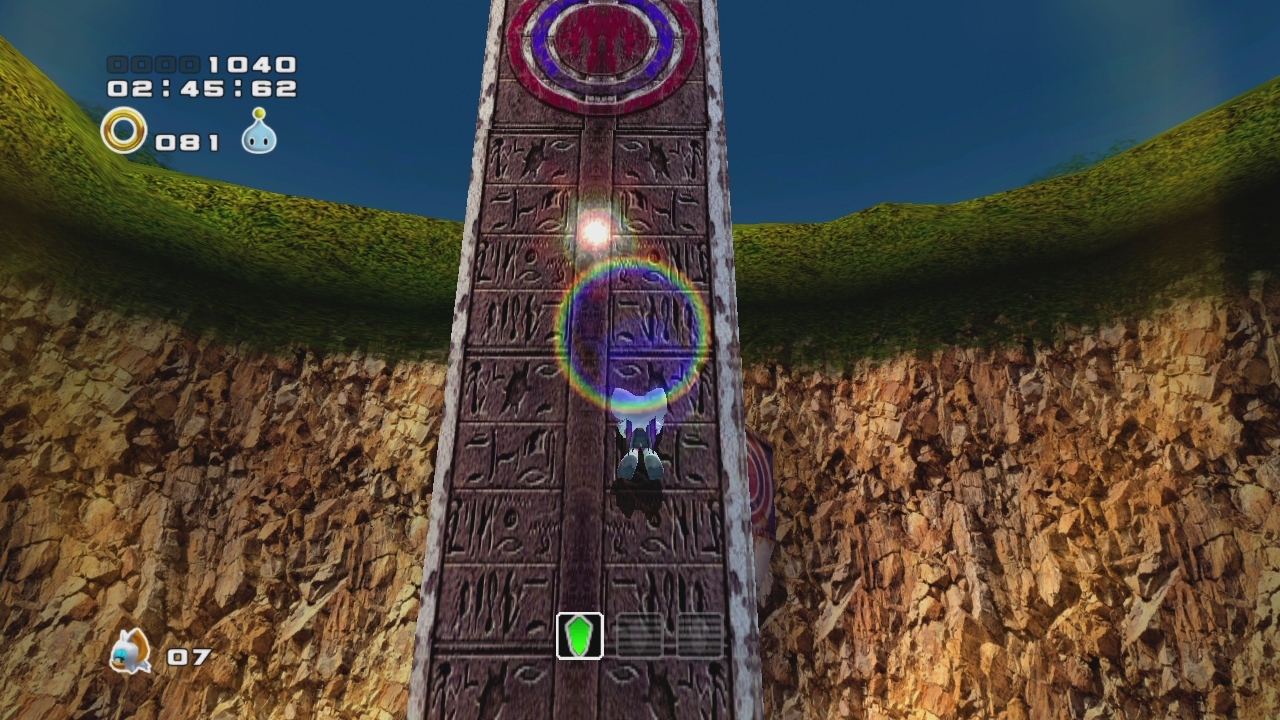 Visually, Sonic Adventure 2 has been beefed up when compared to the original, with a greater emphasis on texture work. This results in grass that looks detailed, if flat by today’s standards, but many environmental objects like posters still look fantastic, with clear graphics and text on everything. The game also features a rock-solid framerate even for the shooting sections, which is impressive as they’re effects-heavy with a lot of explosions and yet the action doesn’t slow down. The camera is also better than it was before and it’s a richer-looking experience in every way with a smaller scale to work with and thus more time being spent to fine-tune the details.

SA 2’s audio, just like the first, is a mixed bag largely due to the voice acting. The soundtrack itself is one of the strongest in series history and may be the best in the more modern era with vocals and the like as songs like “Escape From the City” have become some of the best-remembered and have aged well. Others, like Knuckles’ rap them, hasn’t exactly aged well, but does score highly on the “so bad that it’s good” scale, much like the voice acting. This was an era where gaming VA work wasn’t exactly taken as seriously as it is now and it shows, because the acting is largely groan-inducing but can at least be entertaining in the right context. 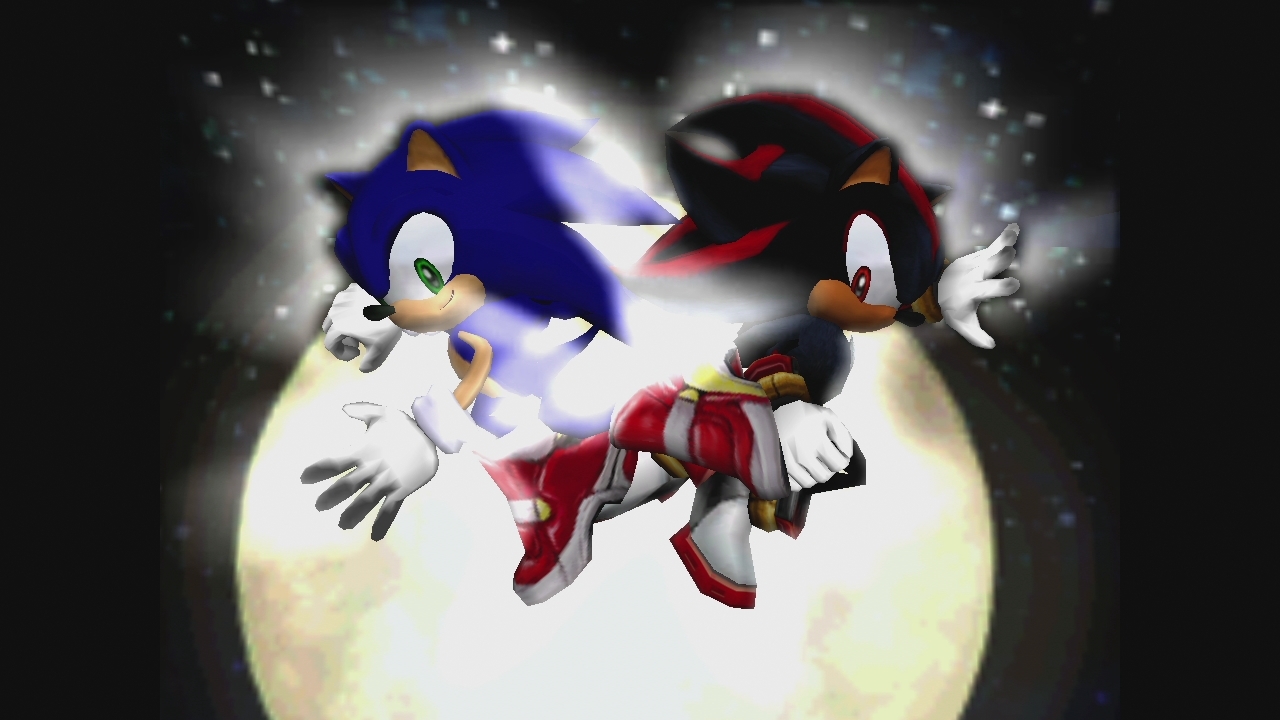 Sonic Adventure 2 has aged better than the original Sonic Adventure game — with the caveat being that each game delivers similar experiences for Sonic-centric fans, but a less robust offering outside of that. What’s done here is done better and while the game is still a buffet of sorts in terms of what it offers up with content types, the options are fewer in number, but more polished. The camera has been given nice upgrades and the graphics look far better than one would imagine for a nineteen-year-old product, while the soundtrack has held up well too. The voice acting is still awful, but is hilarious and the end result is a game that’s still fun to play in the modern era — warts and all.