The last twenty years have been hit or miss for Sega’s beloved mascot. He’s had the highs of Sonic Mania and the lows of Sonic 4, but his best entries in terms of overall quality have been racing titles. Sonic and his crew were no strangers to racing games thanks to the Sonic Drift series, but that 8-bit kart racing experience did little more than test the waters for future games. Sometimes, they did wind up actually surpassing bigger-budget efforts too, though, as Sonic Drift 2 was a better Sonic racer than Sonic R could ever hope to be. Nothing has topped the ridiculously-named Sonic and All-Stars Racing Transformed, though. Thankfully, the title is the worst part of the game as every other part of the package is top-shelf.

It’s amazing just how much Sumo Digital did to transform a good game in 2010’s Sonic and Sega All-Stars Racing into an all-time classic. The first felt like a rough draft in that it was a polished pure kart racing experience, but felt behind the times with standard level design blended with solid gameplay. It was aided by having unique roster members across all versions and was a lot of fun, but needed more polish. Just two years later, they crafted one of the finest kart racers of all-time and made something that arguably topped every Mario Kart game at least to that point — and some would call it better than even Mario Kart 8. 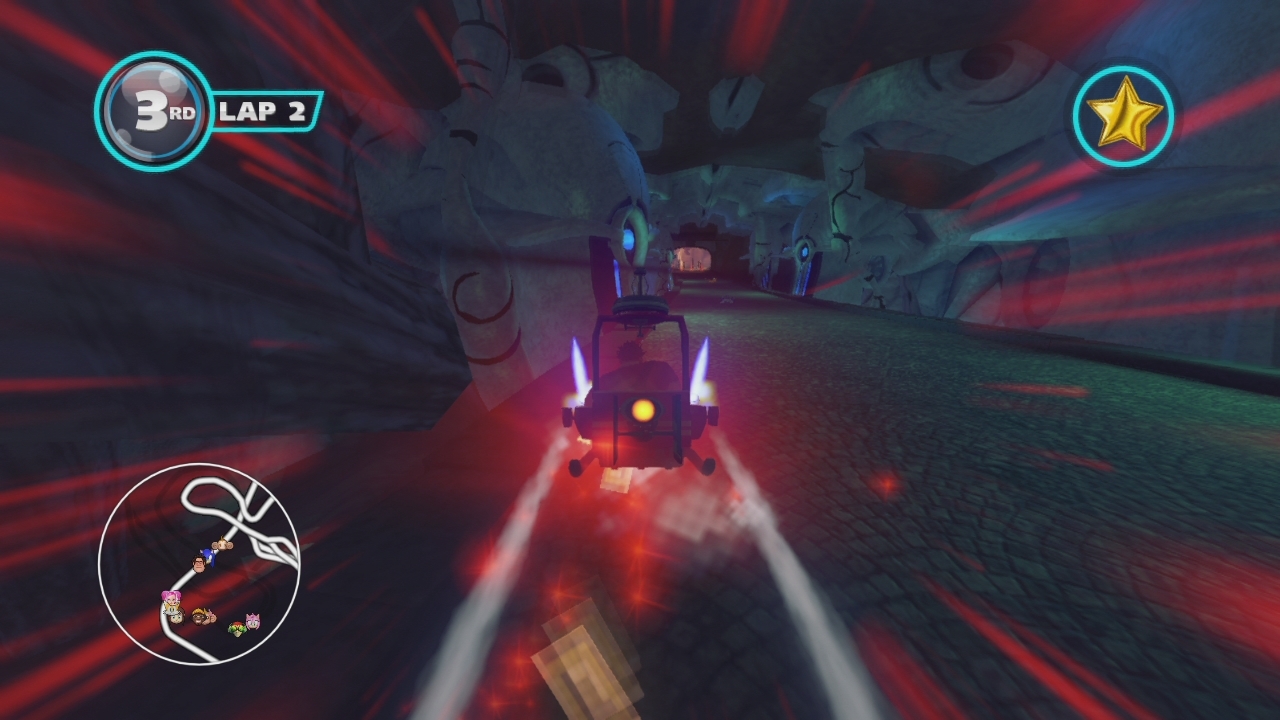 Taking cues from the 3DS’ Mario Kart 7 and Diddy Kong Racing, Transformed enables players to race on water and in the air thanks to transformable vehicles. One thing that allows this game to go the extra mile in that regard, however, is that the entire stage changes alongside it — resulting in an experience where lap one might be on the ground, lap two could have sky skyward sections and then the third lap could combine all three. The massive history of Sega itself is used in these stages, with themes like Jet Set Radio and even Skies of Arcadia leading to epic-looking scenes that shift as the race goes on. One lap can have one event from a game playing out only to move to another as the race wears on. It’s remarkable to see how much attention to detail there is in the stages.

It’s cool to see how things change and how much tougher the game becomes — especially during higher-stakes grand prix events. Having to maintain a lead on a stage that spends a lot of time in the air is tricky because you have to rely largely on pure flight skill and navigation. It’s a different skillset than just racing around and maybe using a power-up to absorb damage or deal it out. Power-ups can still attack in the air, but their usage can change completely depending on the context. The catcher’s mit can help you in a pitch on the ground, but it can be a life-saver in the air where losing track of your location can result in disaster on the last lap. 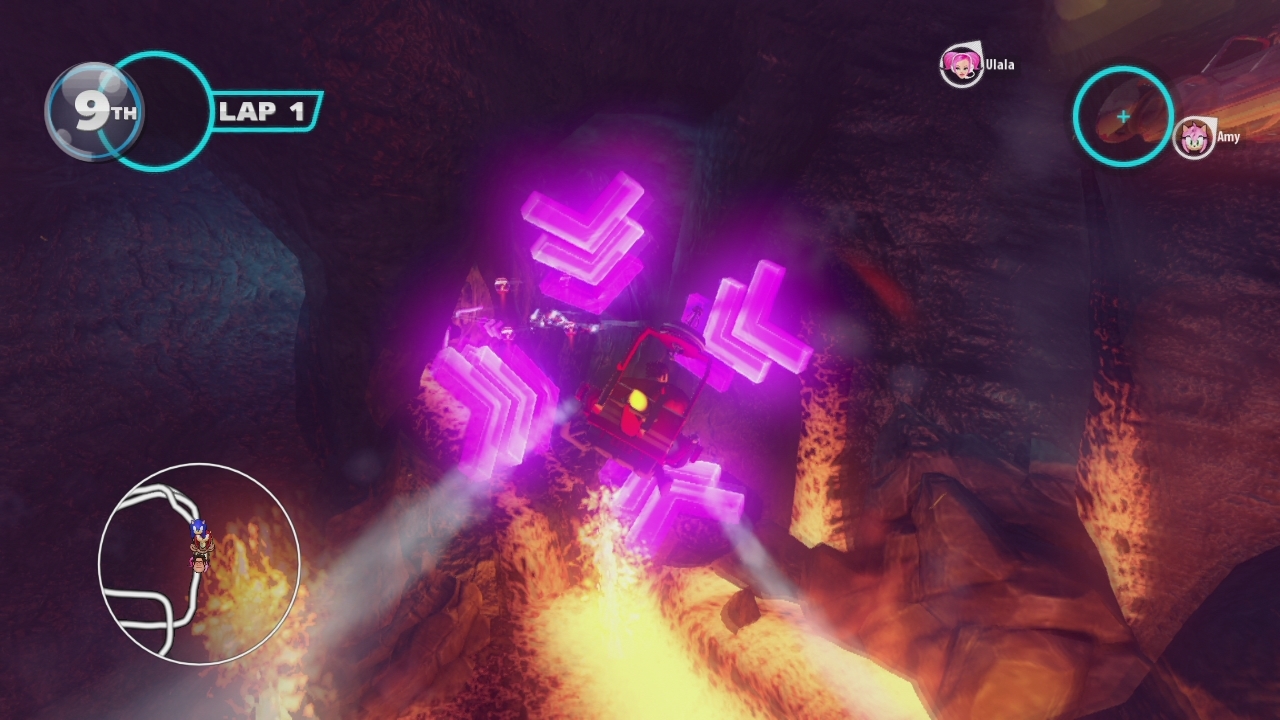 Being on the offense with things like a swarm of bees is easy enough on the ground, but that swarm is deadly in the air since they become far more spread out and in greater numbers, making it tougher to avoid them despite having far more surface area to work with in theory. Holding into a turbo can be great on the ground, but in the air, it could lead you into a forced respawn area. There’s a greater element of risk versus reward and that goes into the water sections as well. There moving around can be tougher, but it can also open up easier routes for traversal with more ramps being available in those sections that can shave a few seconds off your time. The versatility in each style of play is enjoyable to see unfold and offers up something different with each character.

Sumo Digital’s history with the Outrun series paid dividends as they took Outrun 2’s fantastic drifting and put it into a kart racer. There are drift challenges to complete and finding a character that suits your play style is fun and surprisingly engaging. Drifting isn’t used a ton in a lot of kart racers, but while Mario Kart 8 does use it well, it doesn’t do it as well with the level of precision featured here. In Transformed, a player can be on the very edge of a course lip and with an effective drift, save themselves from going over and possibly even ready a power-up shot to regain a spot or two. It’s even better if you can pair a drift with a special attack as that can help send you to the front of the pack or at least offer up a pole position-level increase in your rankings. 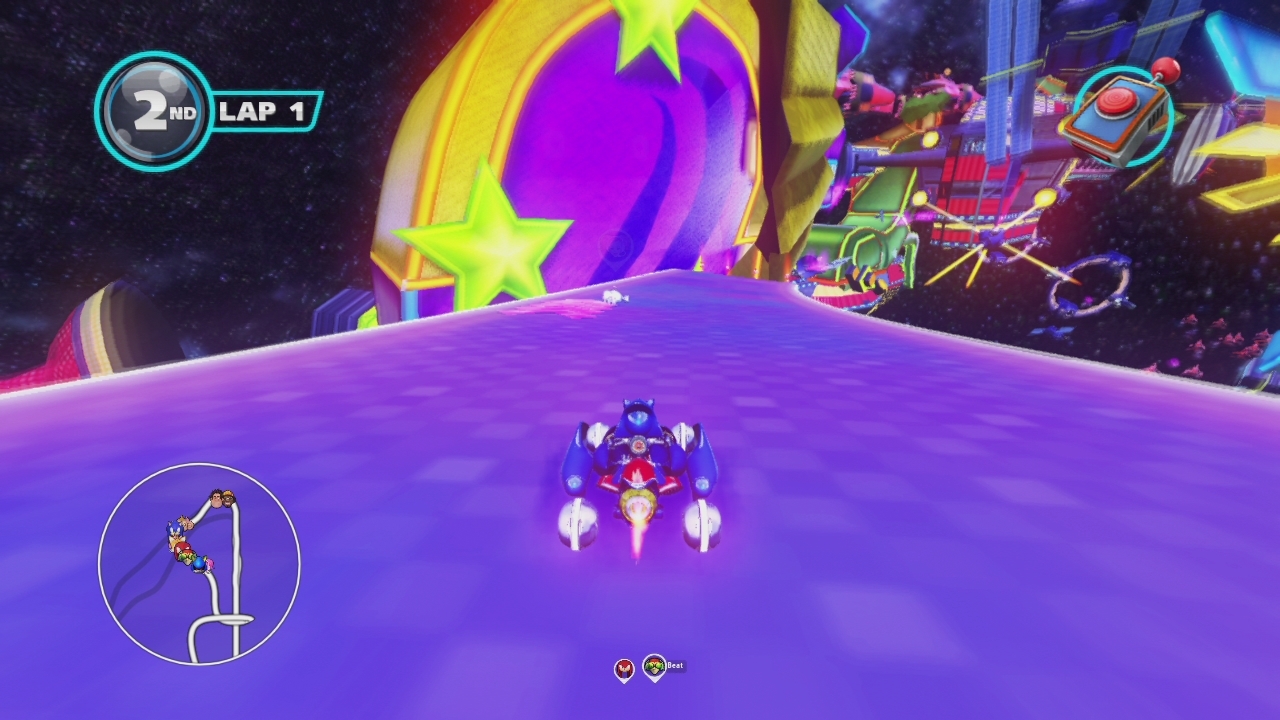 Visually, Transformed suffers from blurry texture work, but does shine when it comes to lighting effects. The PC version is easily the best-looking, while the Xbox 360 version is the most future-proof for console users as it’s playable on Xbox One and Xbox Series hardware. The framerate fares better on the Xbox One and Series consoles, but nothing tops playing it on the PC where you get the ability to not only use the Xbox One pad, but also benefit from crisper textures. Still, the game does have a solid framerate and it’s good-looking overall, but could be better.

Transformed rocks when it comes to the soundtrack, which wonderfully plays off of thirty years of Sega history. Remixes and original game tunes are included and it’s always fun to hear “Concept of Love” blaring while playing as Beat and racing through Tokyo-to. Remixes of classics from Panzer Dragoon and creepy tunes from House of the Dead are also welcome and the inclusion of small voice clips from the characters helps them feel more authentic. The announcer has been downplayed from the original game and I liked the running commentary, but just having him announce big attacks is fine too. A slider for this would have been better, though. 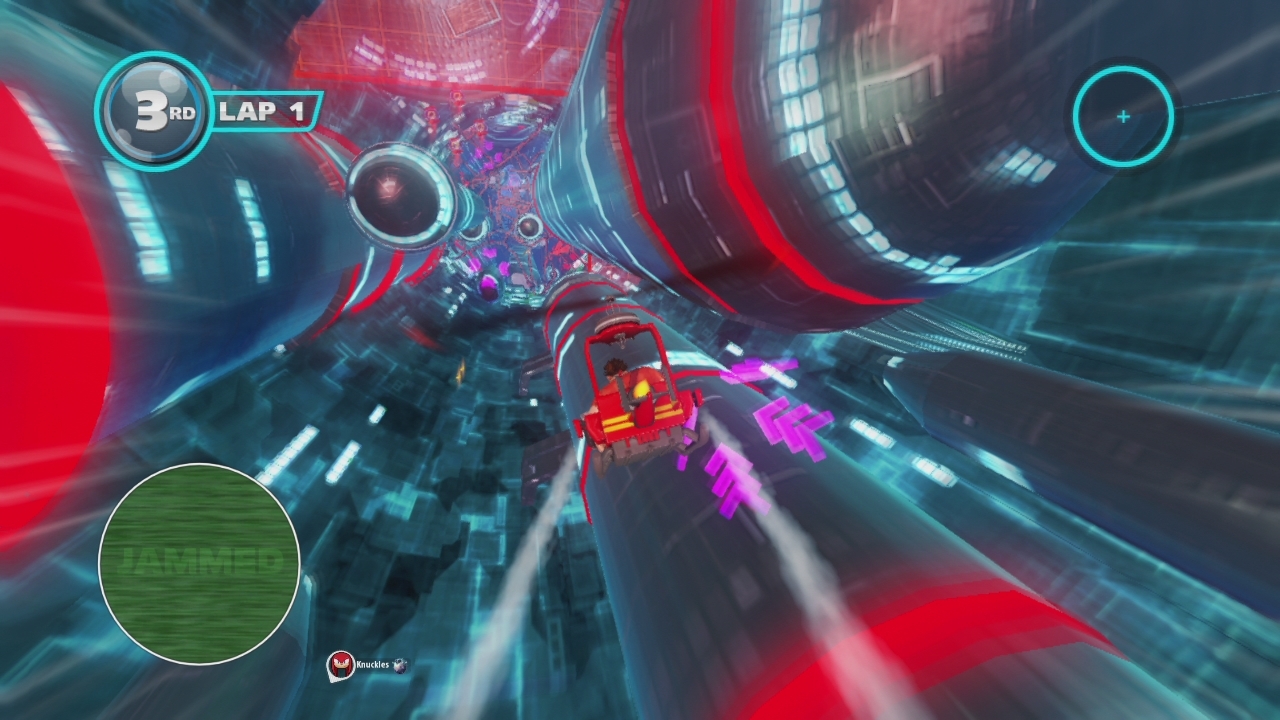 Overall, Sonic and All-Stars Racing Transformed is a must-play kart racer and one of the finest in the genre. While Mario Kart 8 may get all the attention for modern players, this one deserves just as much love and features a more robust track variety thanks to the multi-tiered stage design. Having three distinct versions of a single track to play on is fantastic and helps keep things fresh even on longer play sessions. Given how Team Sonic Racing still couldn’t top this, hopefully it gets a modern-day remaster with better textures. Everything else is timeless about its presentation and anyone who missed out on it needs to give it a shot ASAP.