We’ve covered Sonic the Hedgehog quite a bit in the Graveyard and it’s been fascinating to track the franchise’s highest points in 2D with things like the third entry alongside games that felt like they were greater in real-time than time showed them to be like the Sonic Adventure series. The post-2D era of Sonic has been a weird one, with many games coming out in 3D that didn’t fire on all cylinders while games like Sonic 4 dropped the ball when it should have been impossible to do so. One of the few games to blend 2D and 3D gameplay well was Sonic Generations, which came out after Unleashed and had the benefit of seeing what worked there and what didn’t. It also used a time travel motif to feature stages from most major Sonic games up to that point, enabling it to be a “best of” game that tried something new with various level themes.

Bringing back classic levels has become a common trend for Sonic, but no game quite did it like Generations. Act 1 featured classic Sonic-style gameplay with a side-scrolling perspective and lacked things like Sonic 4’s implementation of things like boosting or auto-aiming and dashing at enemies in mid-air. Seeing classic Sonic stages with polygons and retaining much of the original gameplay style is itself cool – albeit with some caveats. The physics aren’t the same as they were in the Genesis games and it takes Sonic longer to pick up speed. Thankfully, his jumping feels largely the same and it’s nowhere near as floaty as it was in Sonic 4, where it felt like you were jumping with helium boots on. Modern Sonic is a whole different beast and where the game shines when it comes to classic stages. 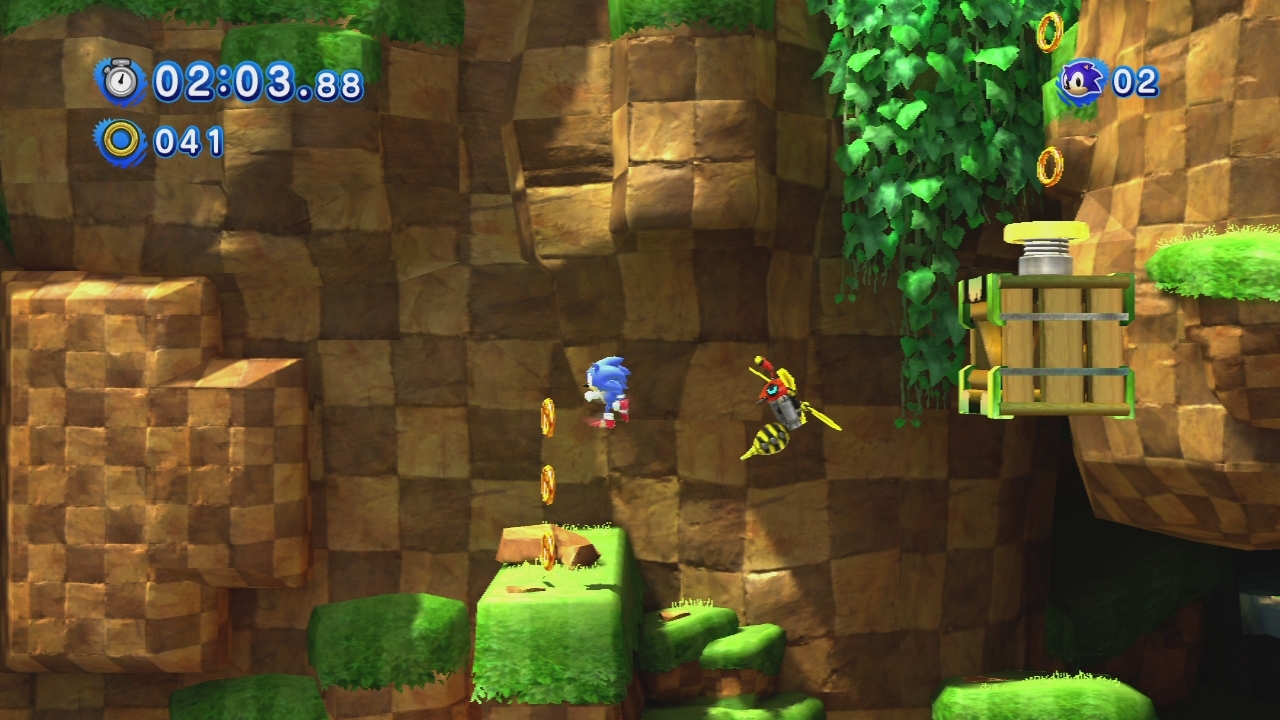 These allow themes like the Chemical Plant of Sonic 2 to be explored in new ways. We’re used to seeing the iconic blue and yellow rail-looking areas, but here, we see just how they would look if we were Sonic running through them. They look more intimidating and yet retain everything that made the original Sonic 2 version so memorable, and stay within what the side-scrolling classic Sonic version looks like. This holds true for Green Hill and other classic Sonic stages and makes what’s old feel far fresher. The inverse holds true when playing through a modern Sonic stage with a side-scrolling format.

Playing through areas like Sonic Adventure’s beachfront area or Sonic Adventure’s 2’s iconic highway stage from a side-on perspective is interesting from the get-go since even the original versions had full 3D movement. Having the beachfront stage with only side-scrolling elements completely changes how the user plays the stage. It changes the flow as well since it’s a stage known for boosting areas and while those are present, the stage feels almost more like a 16-bit Sonic 1 stage with a slightly slower pace overall. That slow speed leads to it having more challenge, however, since platforming is more complex here with timing in regards to sliding and avoiding enemies before or after. 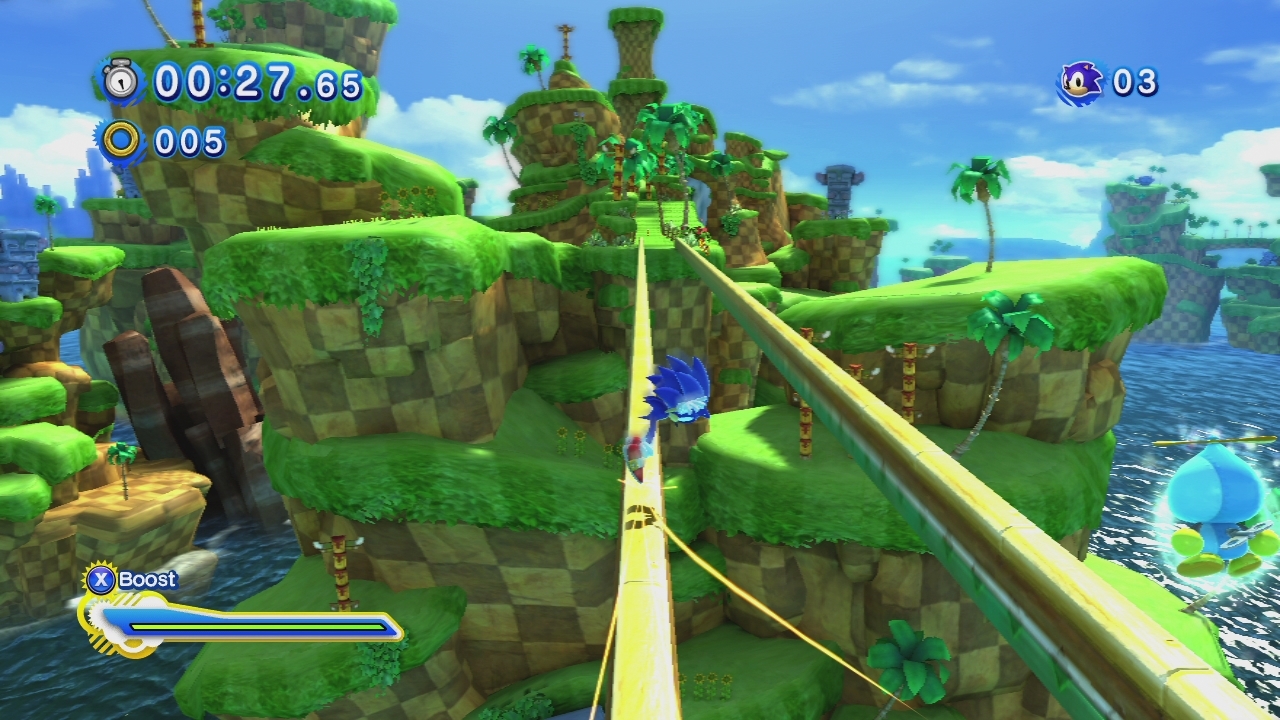 The wide variety of gameplay options helps keep Sonic Generations fun even a decade after its release and offers up more kinds of fast-paced action than other side-scrolling Sonic games. The remade levels of classic Sonic are hit and miss when directly compared to the original 2D games’ versions, but the 2.5D/3D second act areas of those make them feel new again. The 3D games’ recreated stages are largely fantastic as they cut out a lot of excess content and keep the game moving at a much faster clip. It’s especially apparently on Sonic Adventure-era stages as the original ones are full of slower moments for tutorials, while the recreations keep any of that stuff limited to on-screen button prompts and prevent the flow from being interrupted.

Playable on PC, the PS3, Xbox 360, Xbox One and Xbox Series consoles, Sonic Generations is available on more modern-day devices than a lot of 3D-era Sonic games. It played fine on the 360 pad on the PC and Xbox 360, but being able to play it on the Xbox One enables it to avoid screen tearing and the Xbox One pad’s vastly-improved d-pad makes for a better user experience. It allows for more accurate side-scrolling movement and if one prefers, the left stick can be used for both side-scrolling and 2.5D/3D stages. When you can use a d-pad, however, it’s always a better experience in side-scrolling areas as it allows for faster movement and more speed when it comes to inputs as well. 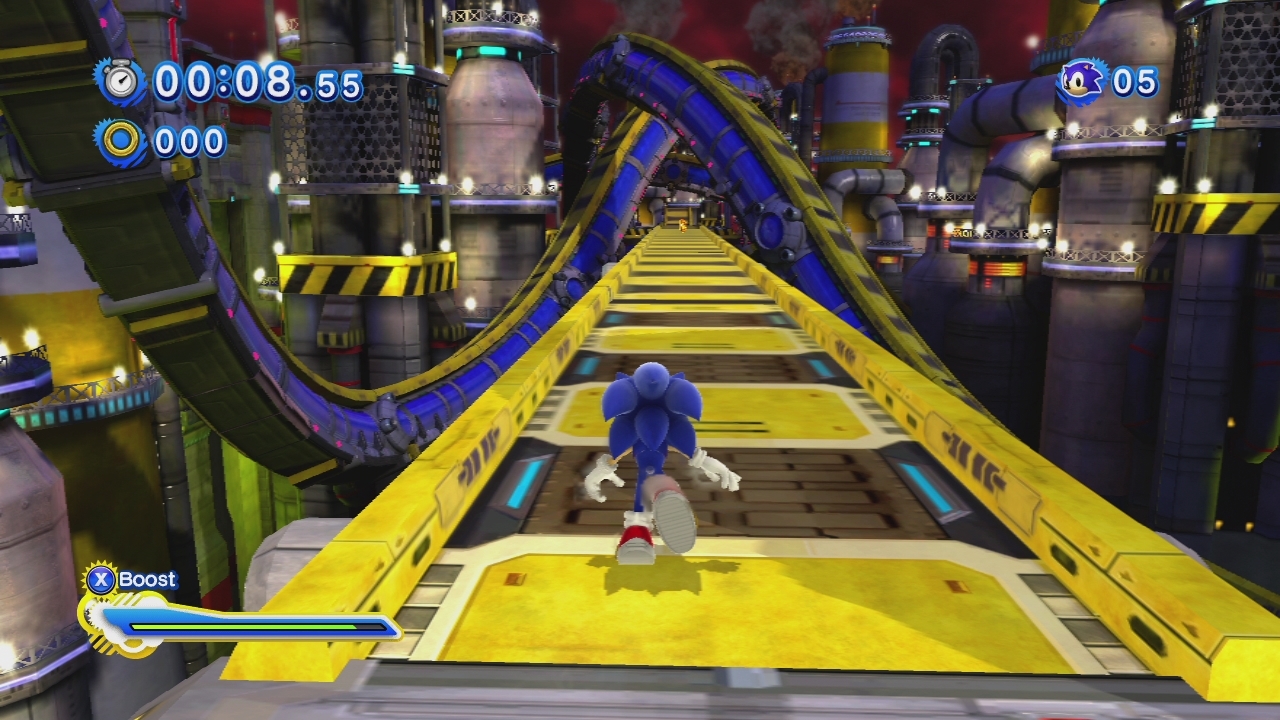 Visually, Generations has held up remarkably well for a decade-old game. It helps that it’s recreating stages that were twenty years old in some cases as that keeps the expectations on lush graphics at a minimum. The faster pace and stable framerate when playing on PC and Xbox One, however, allow for a great experience and one that shows a lot of in game-world detail. Draw distances are impressive too and that helps in 3D sections since the player has a chance to see what’s coming up and get an idea on if they need to attack a slew of enemies or prepare for a rail-grinding section. Given how many things the game throws at the player, it’s a great-looking experience in every regard.

Generations uses a mix of original OSTs for the newer games and remixes for the older games and it’s a great blend. The newer games have more musical depth to them, while the retrofitted OSTs wind up with the same core soundtrack intact, just with more instrumentation. It’s impressive to see just how the older songs work with more depth added to the songs while still keeping the same hummable chiptune core intact. The redone older stages’ sound effects wind up keeping things similar to how they were in the original games, while updating them to sound more modern. It’s rare to see updating work so seamlessly, but that’s the case with Sonic Generations’ visual and audio changes. 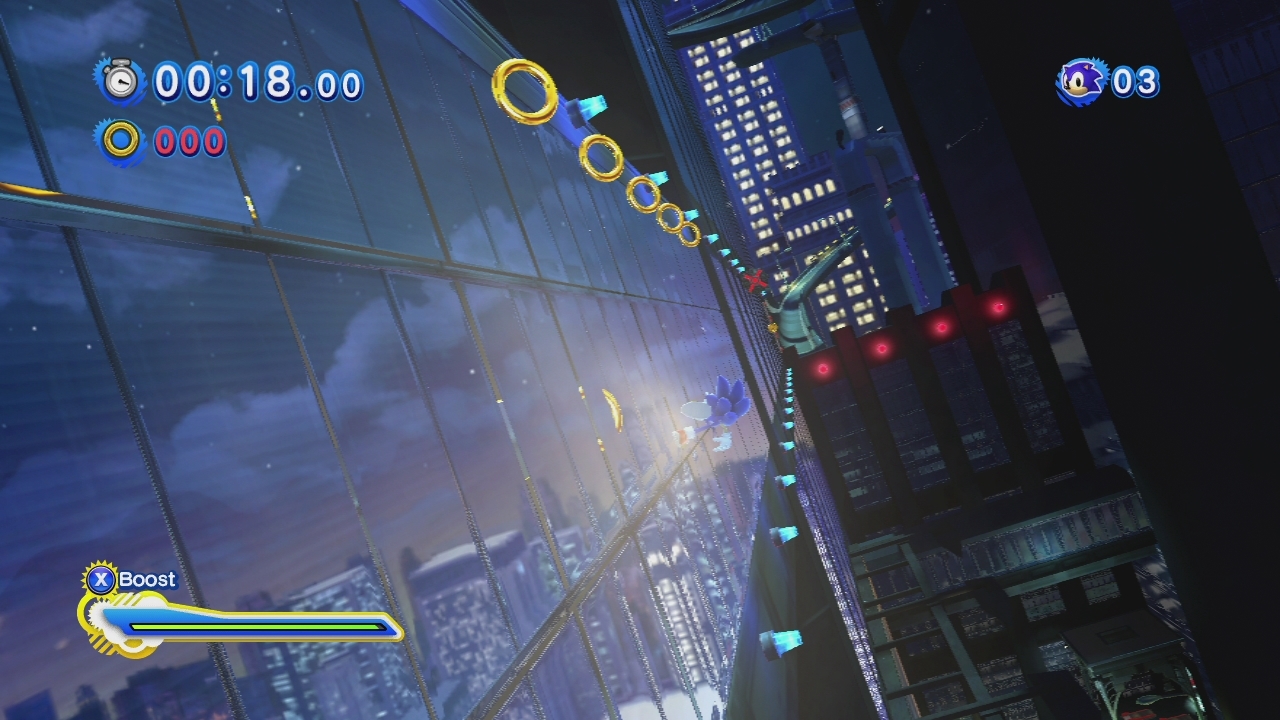 Overall, Sonic Generations is a fantastic pickup in 2021 and one of the few modern-era Sonic games that holds up remarkably well over time. Most of them suffer from massive core game design flaws, but Generations’ more streamlined design is more user-friendly and efficient. It’s a fantastic blend of 2D platforming and 2.5D/3D gameplay with a ton of variety that goes beyond even higher-grade games like Sonic Unleashed. Anyone looking for a Sonic game that scratches the itch of both side-scrolling and faster-paced 3D action will have a blast with it and it’s easily the best Sonic platformer of the past 15 years outside of Sonic Mania. It being more readily available digitally makes it easy to play as well — and hopefully we’ll see a Switch port down the road so it can be enjoyed portably.