If you were to ask what the greatest sandbox game of all time is, you’d probably get a bit of a mixed response. Some will jump right to GTA V for its detailed world and refined gameplay, while others will champion Just Cause 2 for its over-the-top insanity. A few might even put in behind inFamous 2 or Saints Row IV for their superpowered mayhem. All of these people are entitled to their opinions, empirically wrong though they may be. As a matter of fact the sandbox genre hit its peak on the PS2 in May of 2006. In many ways Steambot Chronicles is a lot like GTA V, except that the graphics are less impressive and there are giant, steam-powered robots where the cars should be. Need I say more?

Yes. Because apparently I can’t turn in a 200 word feature. 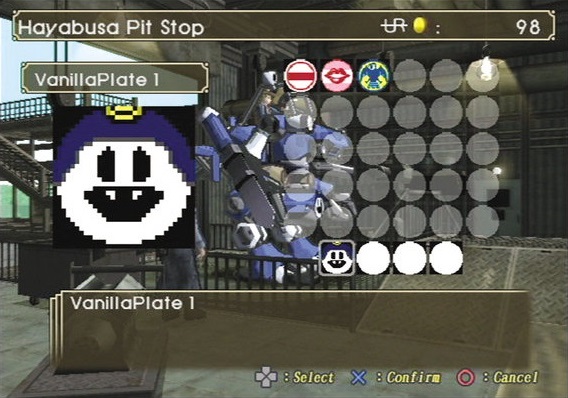 Steambot Chronicles is one of the most expansive, detailed games you will ever have the pleasure of playing. It sets you loose in a vast world full of colorful characters and interesting quest lines, armed only with your wits, your trusty harmonica, and a fully customizable 2-tonne walking oldsmobile (colloquially known as a Trotmobile). Over the course of your adventure you’ll tour with a world-famous pop band, throw in with a crew of pirates, and take down a secret organization with sinister designs… or join up and become its leader, if you’d prefer.

Our protagonist, Vanilla R. Beans, is shipwrecked and stricken with amnesia at the start of the game, allowing him to act as something of a blank slate. From the moment he wakes up to the beautiful Connie (short for Coriander – the game has a thing about spices) standing over him, it’s your call whether he’s a belligerent jerk, a greedy jerk, or a decent, boring dude. Is he the sort of man who steps up to the plate when a bandit threatens him, or the type who offers up the girl he’s travelling with as collateral? Your choices affect how the characters around Vanilla perceive him, though the first half of the main plot plays out in largely the same way regardless. It’s not until you’re offered a spot in the enigmatic Bloody Mantis that the plot begins to diverge, leading to three possible endings. 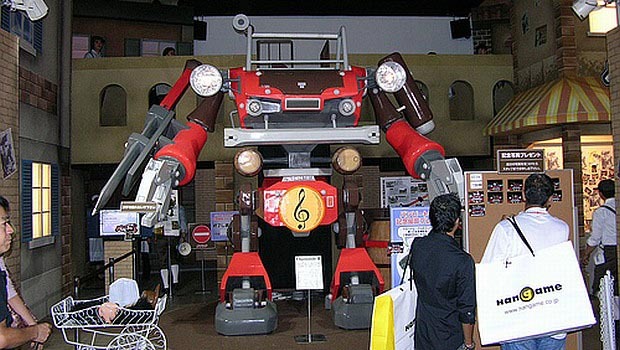 Though it’s well written and at times moving, the main storyline isn’t really the focus of Steambot Chronicles; it’s just there to give it a bit of structure. The game’s heart is its immense and intricate open world, made up of three cities and several areas of open wilderness. Not only is the world huge and fun to explore, every part of it is designed to support the game’s backstory. Terrain is mountainous and uneven – necessitating the use of Steampunk mecha rather than cars – and dangers like roaming bandit gangs lurk around every corner – likewise necessitating the development of custom weapons for said giant robot cars.

There are a wide variety of side-quests spread throughout the world, many of which feature their own moral choices. Vanilla can touch a lot of people’s lives for good or for ill, and from the starry-eyed bandit leader Don Elephant to the effete arena manager Dino, every last one feels like a real person. However, its your bandmates that really steal the show. Basil, Marjoram, Savory and Coriander (I wasn’t kidding about the spice thing) are all fantastically-realized characters. They go through a lot together over the course of the game, and you really feel for them as you see their band slowly fall apart. You even hear them sing about their troubles – though the lyrics are obscure enough that you won’t understand them before the game is finished. The attention to detail in the writing makes the game’s world feel very believable – though not as much as its underlying systems. 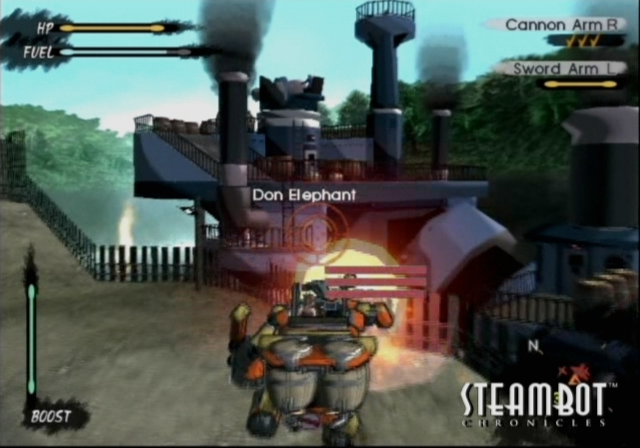 The combat mechanics are plenty deep in their own right. You control your Trotmobile with two analog sticks in a manner similar to Virtual On, though movement and combat here is generally slower and more methodical. There are dozens of customization options in the game, allowing you to alter your Trot’s weapon loadout, weight, health, and fuel consumption. New parts, as well as repairs and fuel, cost money, and Steambot Chronicles provides you with a seemingly endless array of ways to earn it.

You can take out an instrument on any street corner and begin busking, though if you do you’d better be well-practiced and well-fed. Spectators only tip you at the end of a song, and they’ll leave if you hit too many sour notes or if your grumbling stomach drowns out your playing. There are only a few songs in the game, but each instrument handles completely difficulty, so busking never gets too repetitive. You can play in bars for an even greater profit, or make a killing as a pool shark. However, the most effective way to earn cash is to put your Trotmobile to work. You can fight in the arena or delve into dungeons looking for treasure if you want a quick payday, but the real money lies in transportation and trading. Once you find the right parts, you can kit out your mech with extra seating or a flatbed and make a good chunk of change carrying people or raw materials from city to city. By buying low and selling to the right bidder, you can make a mint, and help certain businesses to flourish in the process. 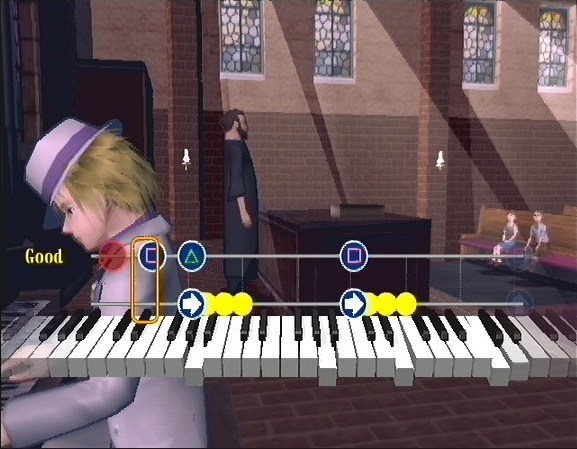 That last part is especially important, because Steambot Chronicles features a fully simulated in-game economy, stock exchange included. In the game’s biggest city, Happy Garland, you can trade stock in a variety of companies. Most of these will fluctuate from day to day, but you can influence the market significantly by trading goods to the right people. More importantly, you can pick up stock in failing businesses for a bargain and then complete quest lines to get them back on their feet, making an immense profit in the process. If you trade intelligently you’ll never have to work another day in your virtual life, and you’ll be able to afford fancy presents for your potential in-game girlfriends.

You heard that right. In addition to being a giant robot brawler, a stock simulator, and a rhythm game, Steambot Chronicles is a dating sim – though not a particularly complex one. Dating a girl means taking her back to your apartment, giving her gifts until she likes you enough, then “making your move” so that she’ll agree to clean your ears with a cotton swab. That’s not a euphemism. Following that you adjourn for “hot cocoa.” That’s almost certainly a euphemism, as well as a sly dig at GTA: San Andreas’ then-famous “hot coffee” controversy. 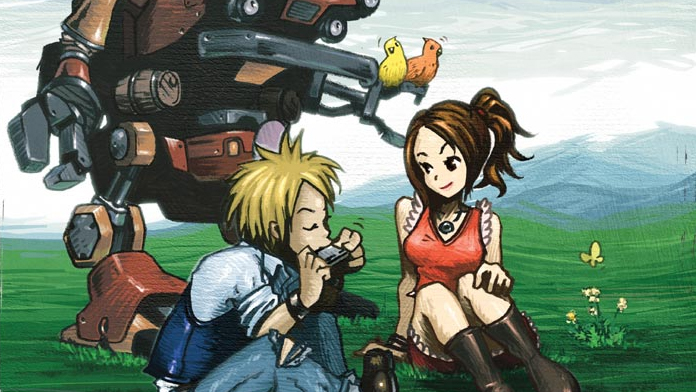 There’s so much to do in Steambot Chronicles that everything I’ve just written barely scratches the surface. Atlus and Irem’s “relaxing, nonlinear adventure” is packed with content, and features a setting more fully-realized than even that of Trails in the Sky. Though it was criticized at launch for long loads and occasional bouts of slowdown, its smart, meticulous design has only improved with age. Fantastic music, moving character drama, and deep mechanics make it my favorite game of all time, and I recommend it to anyone looking for a sandbox to explore.

In fact, I feel like I need to recommend it, because it never really got the attention it deserved. It came a full year before Atlus hit it big with their localizations of Odin Sphere and Persona 3, so its limited print run was off store shelves long before their brand started getting attention from collectors. Even so, the game saw two spinoffs in Japan, and both of them somehow made it to our shores – though one wasn’t published by Atlus. Blokus Portable: Steambot Championship is a bizarre adaptation of the popular board game Blokus that features the cast of Steambot Chronicles… for some reason. Majesco chose to publish a butchered translation of the PSP version in 2008, and marketed it using the… interesting box art below. (And people wonder how they went out of business.) Steambot Chronicles: Battle Tournament at least makes sense as a product, though it still isn’t particularly good. The Atlus-published PSP brawler focuses almost entirely on arena battles, breaking them up with repetitive, grindy ventures into the wilderness. Playing it feels like a chore, though it does utilize some interesting mechanics that could have worked well in a full-fledged sequel. 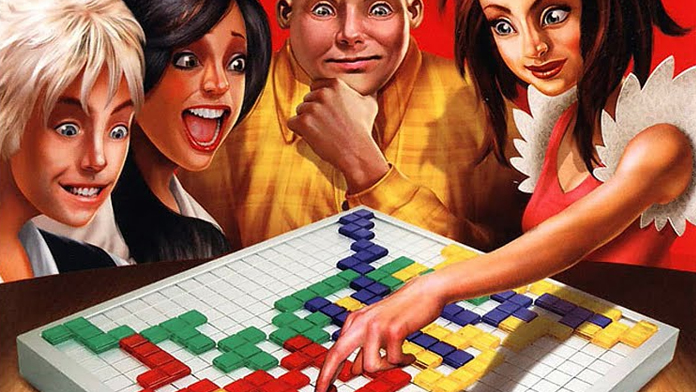 Which brings us to the most tragic part of this story: the sequel that almost happened. Steambot Chronicles apparently sold well enough to warrant a sequel in its native Japan, where it’s known as Bumpy Trot. This is especially impressive considering that it was the first full-fledged RPG in Irem’s long history as a company. Before its release, they were largely known for R-Type, their acclaimed SHMUP franchise, and for Hammerin’ Harry, a series of successful hardcore beat-em-ups. Outside of those series, their biggest success by far was Zettai Zetsumei Toshi, a PS2 earthquake survival game known as Disaster Report on our shores. It was that series  that would ultimately spell Irem’s undoing – and put an end to Steambot Chronicles 2 in the process.

Steambot Chronicles 2 was announced for PS2 at the 2006 Tokyo Game Show, though it was quickly decided to move production to the PS3. A beautiful trailer for the PS3 version made the rounds in 2007, and the developers went eerily quiet after that. In 2011 there were rumblings of the sequel’s impending release, but rumblings of a different sort put a kibosh on that. Zettai Zetsumei Toshi 4: Summer Memories was initially set to release on March 10, 2011, but had to be pushed back due to production delays. On March 11, The Tohoku Earthquake and the tsunami that followed struck a blow to Japan that’s still being felt to this day. In that disaster’s wake, releasing a game about earthquake survival would have been a PR nightmare, so Irem chose to recoup their losses by shuttering their entire games division and refocusing on slot machine development.

Though Irem is effectively gone, many of its top developers went on to form Granzella Games – a studio that has until now focused its efforts on creating assets for Playstation Home. Earlier this year they announced their first full commercial title, Manga Ka Keeru. A CGI manga-creation suite might be an odd fit for the PS Vita, but it marks Granzella’s first step toward full-fledged game production. In time, we might well see a spiritual successor to Steambot Chronicles – perhaps even a full sequel, if they can secure the rights from Irem. Whatever they choose to make in the furutre, I hope the small studio does well for itself.

As for Steambot Chronicles, I hope I’m not being overly optimistic when I say See You Later.