The Simpsons’ history with gaming has been storied over the past thirty years. We’ve seen a slew of horrible 8-bit and portable games, some decent 16-bit games, a good if simplistic brawler that was was for many years the high mark, and then finally some fantastic PS2/GC/Xbox games that came before a drought that has continued for many years with just one exception — The Simpsons Game. Coming alongside the long-awaited movie of the series, the game set out to showcase some of the show’s most memorable areas with a new story that had some fun with gaming tropes and aimed to provide a fun time along the way.

The then-best Simpsons games of the time like Road Rage and Hit and Run have been covered in the graveyard before, but the 360-era’s only Simpsons video game eluded me until recently. It also got a PS2 version, but that suffered from a lot of performance issues — as did its PSP incarnation, making the then-modern console version the best one to get. The Simpsons Game garnered a fair amount of controversy in its day not so much due to its own content, but due to Rockstar getting upset over a Grand Theft Scratchy mission after their own games had direct references to rival series like True Crime and Driver — to the point where the controversy kind of overshadowed the game itself. 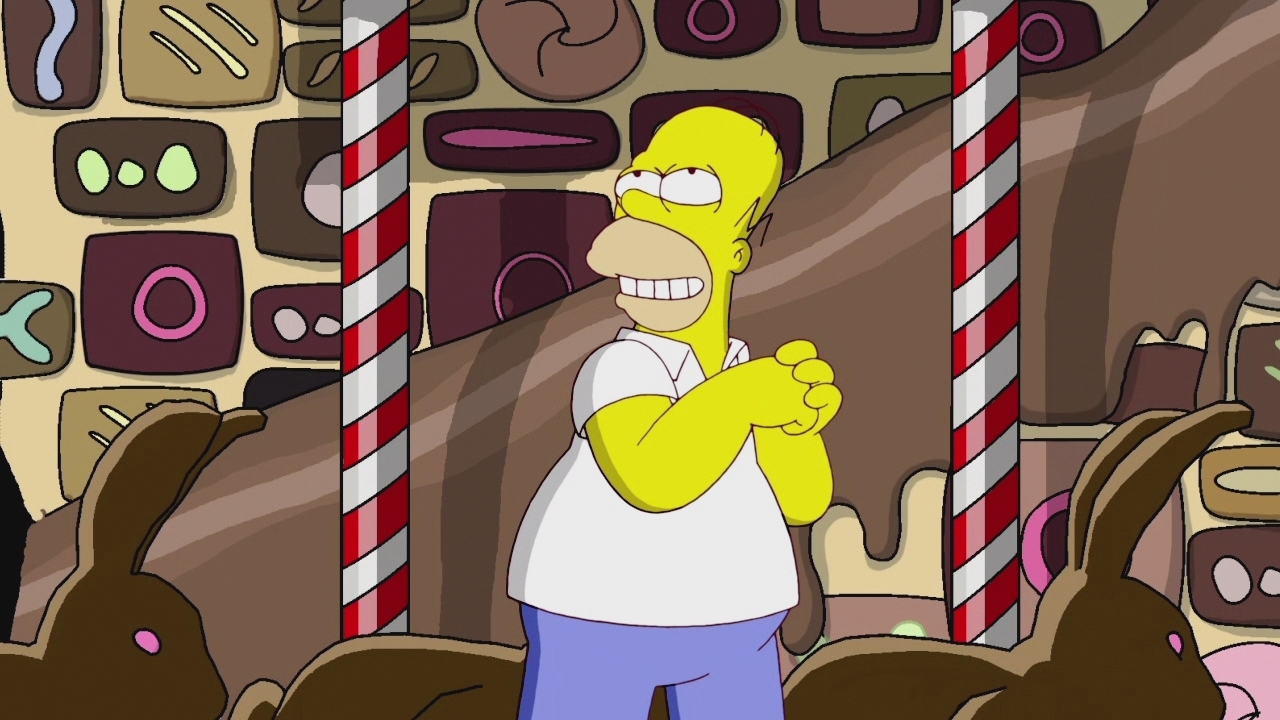 It’s a shame too because the core game does a great job at blending in a variety of different gameplay styles and throwing in things that wouldn’t normally be expected from a massive licensed game. Beyond action-platforming, there’s also a nice amount of puzzle-platforming alongside a touch of Katamari Damacy-esque action with the platforming. The bulk of the action is structured like a 3D beat-em-up, which itself works nicely as an homage to the classic Simpsons arcade game that was so highly-regarded for many years and held up as the gold standard of games for the franchise.

Unlike a lot of Simpsons games that relied on Mr. Burns as the key villain, which made a lot of sense as he was the easiest to slot in a good vs. evil story, The Simpsons Game goes for a more meta narrative that winds up hitting on more cylinders — although it is very much of its time and does actually feel a bit more dated than other game plots that went with a more generic story. Some parts of the story, like the GameStop expy and gaming trope mockery have held up well since they haven’t been done a lot in games since then — or even much before. It’s funny seeing the game do such a good job of keeping the characters true to their roots while still updating things for a video game that is very much aware that it’s a video game. 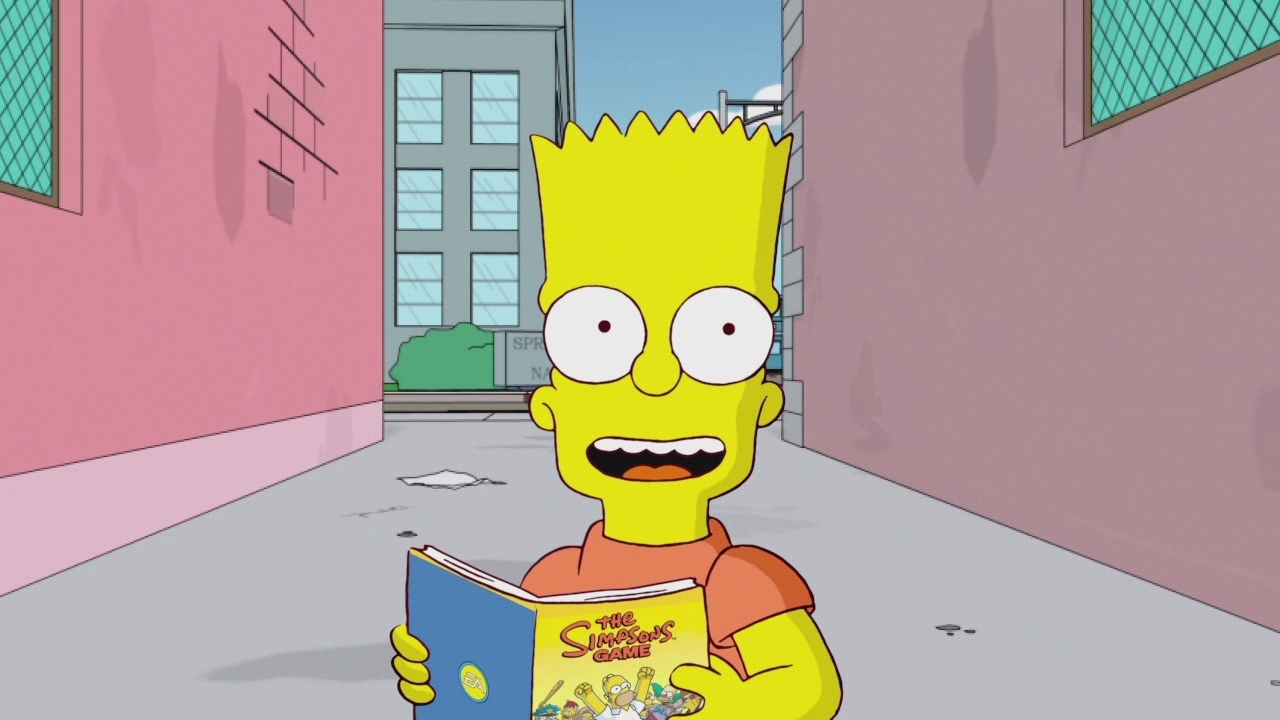 It’s a delicate balancing act because for longtime fans of the show, it’s important to make the player feel like they’re enjoying something with care put into it, which this certainly is, but you also have to craft something that is at least good at what it’s trying to do. Here, the goal is to not have a traditional hero vs. villain, but tell a grander story about the family being in a game — changing things up since they treat it as if they were real people with gaming knowledge actually winding up in a video game. The developers did a smart thing and chose some classic segments of the show to reference for some parts, while also managing to change up the environments enough to keep even veteran Simpsons fans grinning with the references. David Silverman’s “Land of Chocolate” sequence is a classic of the show’s early days and was a perfect choice to re-enact in HD to show off how far cel shading had come by 2007.

From a visual perspective, The Simpsons Game truly feels like something that comes as close as anything could to replicating the true look of the show. The 3D interpretations of the world and its citizens in games like Hit and Run and Road Rage were great, but still felt odd compared to how they could look with cel shading. Thankfully, the cel shading alongside good animation work does help make this look the part of the TV show, but doesn’t quite put the puzzle pieces together to make it feel like a peak-era episode of the series. 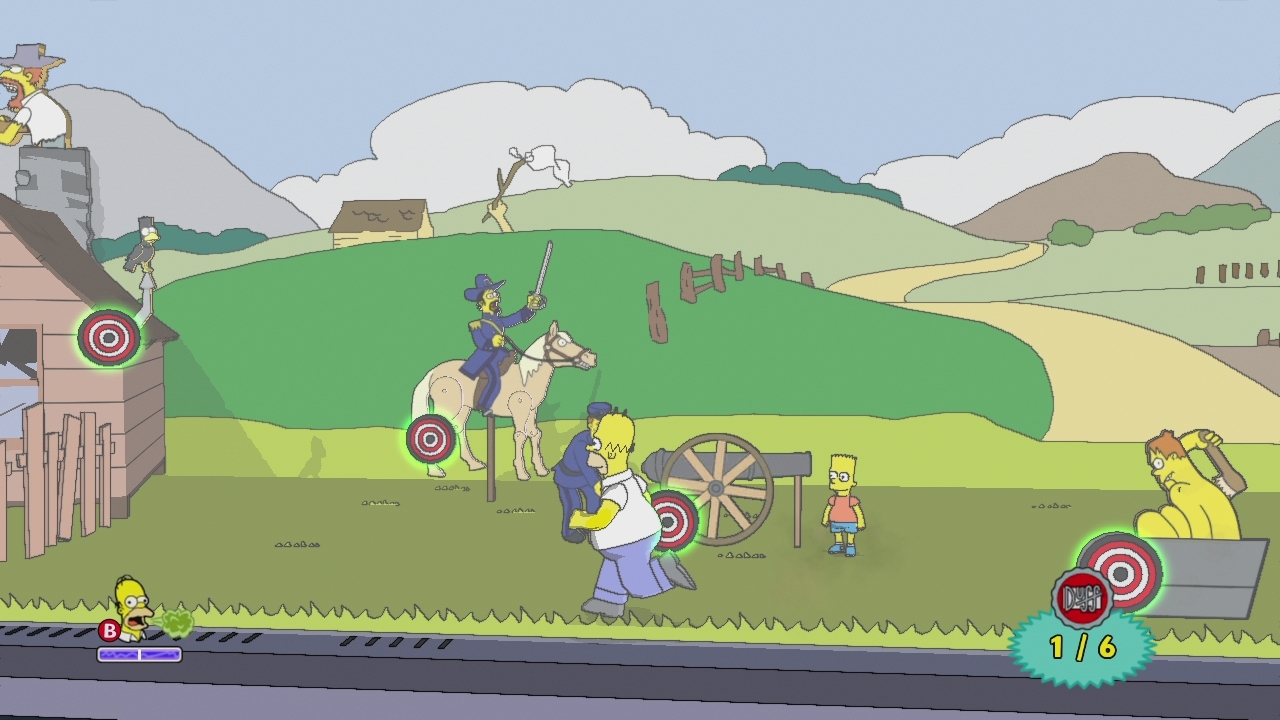 From a writing perspective, Hit and Run was funnier, while this game looks the part better than just about anything else. The core action is a mix of three-hit combos, jumping, shooting and puzzle-solving with interesting premises uses to string things together. Lisa’s love of environmentalism leads to hear beating up a slew of loggers, while Bart’s love of wanton destruction leads him to taking out the school bullies in the museum before Homer can go on a food-eating rampage and not only eat food, but beat people up in the process. The Simpsons Game does what it can to keep environments fresh, which is nice, but doesn’t do enough to keep the gameplay loop from getting stale.

The story itself is a bit goofier than a lot of of the show’s plots, and the action only gets some real variety when puzzles hit the latter-half of the of the adventure. Otherwise, the player has straightforward tasks to accomplish, mock-achievements to unlock many years before that became a regular thing, and wonky gameplay to both enjoy and be frustrated by. The platforming is janky due to the camera fighting the player and shadows not always being in the best location to judge distance. Close-range combat is normally fine unless the camera gets weirded out by too many enemies being on-screen at once, and the between-level hub area is fun, but feels half-baked too. 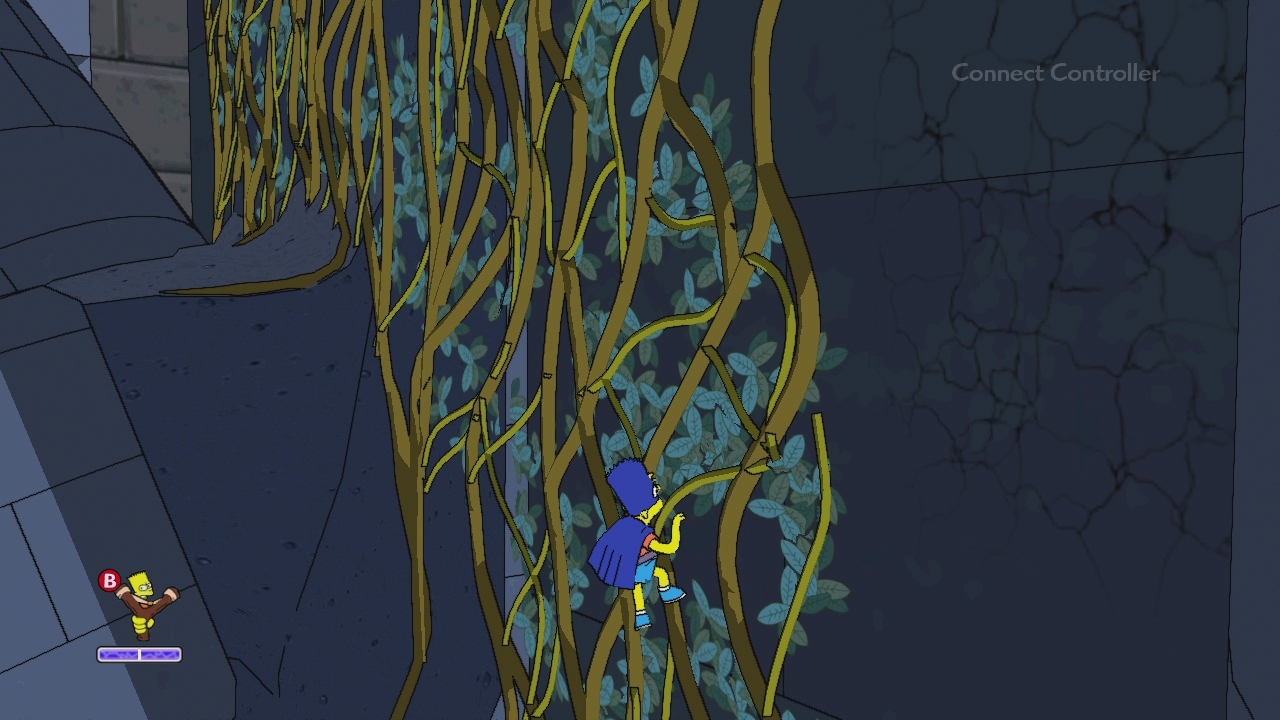 The hub area has people moving and saying a few lines, but no cars moving around and no real sense of life to it. In Hit and Run and Road Rage, people were moving around and there were a lot of cars active on the streets — making the virtual world of Springfield feel more like a lived-in place. The world here feels like people living in a model city going through the motions – it just looks odd. The environments themselves are modeled nicely though and do feel authentic to the show, which counts for a lot. The voice cast also works well in the game, with the series regulars putting in solid work and Dan Castelanetta and Nancy Cartwright shining with their performances as Homer and Bart, alongside a myriad of other characters for each.

The Simpsons Game is in some regards the boldest story attempted yet in the franchise’s gaming history and yet also one of its weakest due to its reliance on meta-humor. It tends to age worse than more traditional types of humor and that holds true here. This game is fourteen years old and yet somehow feels more dated than games like Hit and Run that do what they can to showcase the show’s mid-’90s prime and wind up with more timeless jokes thrown throughout its narrative and larger hub world. It’s a good-looking game, but one that does fall short gameplay-wise when compared to other heavy-hitters like Road Rage and Hit and Run. It’s a shame the series hasn’t seen another big console game since this, because something like a remaster or cel-shaded version of either Road Rage or Hit and Run would do well, but the legal hurdles needed to make those kinds of games happen are likely impossible.