With WrestleMania 36 in the history books, it feels like a good time to go back and take a look at some vintage wrestling game action. We’ve covered WWE Raw 2 previously and now we’re going to dive into the PS2 era of the long-running SmackDown series — which used the same engine we’re seeing today for the WWE 2K game series. Shut Your Mouth came out at a pivotal time for both WWE and the gaming series as a whole. WWE had just changed its name from the WWF and this was the last game with WWF-branded titles in it under the the WWE name. It was also the first big post-Invasion game where the devs could actually put in ex-WCW and ECW stars that were now under WWE’s umbrella.

Just Bring It was the franchise’s PS2 debut, but felt like an up-ressed PS1 game, with minimal improvements to the core gameplay, but a marked increase in goofiness, like having Fred Durst as a playable character in exchange for “Rollin” being featured for Undertaker’s theme. Fortunately, this worked out great for those who both loved and hated Limp Bizkit as you could just toss Durst around the building and throw him through windows or off of balconies if you so desired. JBI had a solid roster, but came out right as the WCW/ECW Invasion ended and didn’t have any of the key players in that story — making it feel horribly antiquated upon release. 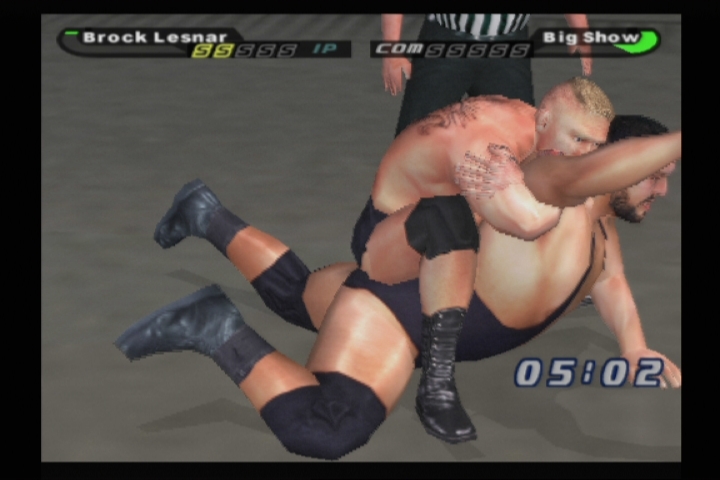 SYM manages to act as a time capsule for one of the most stacked rosters in company history, with all-time greats up and down the card and represented well in the game. The PS2 era brought about the ability to change movesets up and that allowed you to create a version of a roster member that was given a default moveset that fit them at the time, but didn’t capture their whole career. Eddie Guerrero is a great example of this as even in ’02 he’d been all over the world for 15 years and his gaming movesets were more limited. Now, you could have his appearance be locked to whatever it was in the game, but also showcase some of the stuff he did in Mexico and Japan that wasn’t seen much in the US — like the splash mountain powerbomb.

The game’s fast pace fit his style well, while the engine had enough depth to it to allow for things like massive chop battles between experts in that field like Ric Flair or use Hulk Hogan’s array of punches to set up other moves because the punch itself put them in a tough spot. One Hogan-centric punch might send them into a behind the back position for an atomic drop, while another might send them down to the canvas for an elbow drop. The multi-tiered basic button press for a grapple or a strike begat the ability to do a gut kick and create a second set of four moves, while a collar-and-elbow grapple created another set of moves from the front. 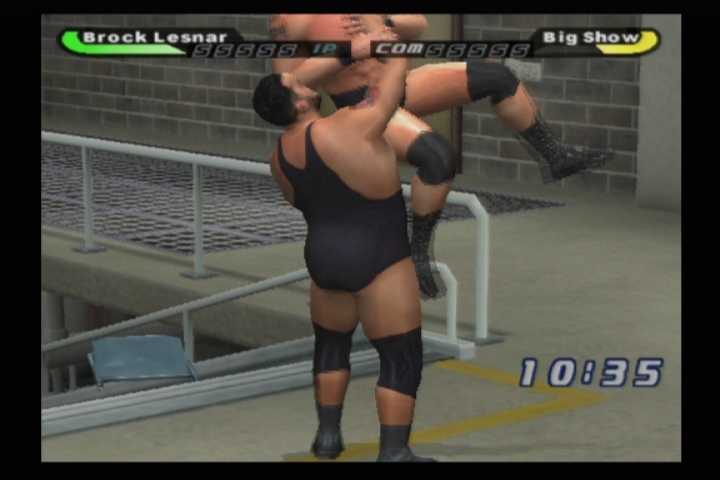 The diversity in moveset slots helps the matches feel more modern — and if anything the rapid-fire pace of them is more in line with modern-day stars like Fenix while the ability to jump off of crazy heights is back in vogue thanks to act like Angelico and Aerostar doing big stunts like that in Lucha Underground and AAA. It’s funny that a game that’s nearly eighteen years old would do a better job of replicating modern-day wrestling than the newer games using the same engine, but that’s the reality with this series. One area that SYM has remained legendary in are its backstage areas which have been something that the series has faltered on in the years since.

Beyond having an organic flow from the ringside area to backstage areas, you also have some of the most unique and fun areas to brawl in that wrestling games have ever seen. You can do battle in the snow and have snowball fights or fight in a fountain. You can also fight in WWE The World’s restaurant area where you can toss folks into signs or chokeslam from a crowd pit onto the main stage. There’s a lot of creativity at work with the design when it comes to brawling outside the ring and the game benefits from being in a post-hardcore title world where the company was doing a lot of weird, experimental matches in places like laundromats and amusement parks. 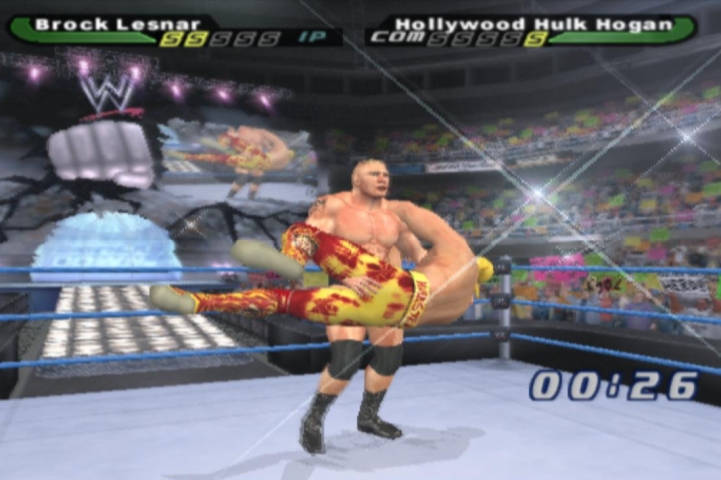 Being a player with a creative mind paid off nicely in the game too since you could do all sorts of insane things. Several sets high climbable sections — so if you were in a hardcore match and wanted to get up top of the giant SmackDown set’s fist and do a five star frog splash off of it as RVD, you could. You could also set up a pair of tables next to a rampway and do an Angle slam off the ramp through two tables. There’s a near endless supply of things you could do since there was so much freedom to work within the environments themselves. The graphics may not be on-par with what we have today, but other than the PS2 being iffy when it comes to 480p support and interlacing a lot of things, you couldn’t ask for a better-looking game from this time that also keeps a quick flow and doesn’t slow down even with a ring full of competitors.

The outside the ring antics remain some of the best ever, but upon replaying the game, it amazed me just how well-crafted the in-ring stuff was. Being able to replicate a variety of styles with ease even after not having played the game in years was a blast. I could have a David vs. Goliath-style match or just embrace insanity with more lucha-style matches. Other than some goofy selling for things that resulted in people doing weird fish flop selling after falling from a great height and turning things into comedy as a result, much of the core gameplay has aged well. 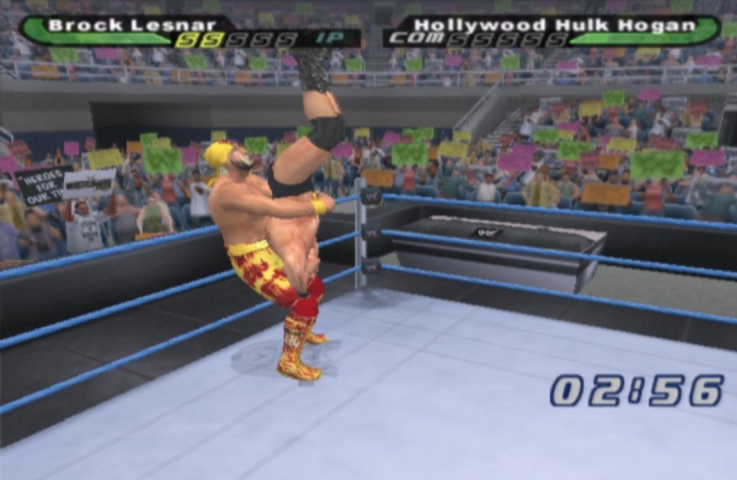 The sound design is good and the game features top-shelf sound effects for things like chairshots. You have a few different types and they all produce different sounds — so a swinging chair to the head sounds different than a more blunt shot to the stomach and they all sound different from a trash can or trash can lid being used. Commentary is okay, but hurt by it being more move-for-move and not adding much color to the presentation — which would be ironed-out later on, but remains an issue nowadays as well.

Despite it being seventeen years since its release, Shut Your Mouth remains a fun game. There are a few hollow points to the gameplay, but the core action is the best blend of arcade-style speed and ease of accessibility the series ever had. The roster is one of the best ever assembled, and while it isn’t as robust as today’s games are when it comes to having many different eras of wrestling represented in one game, it’s still one of the best-playing wrestling games you’ll ever find.