One never knows what they’ll find at an independent games exhibition. There are great new twists on old ideas, crazy genre-blending experiments, addicting bit-sized romps and games that entertain through sheer absurdity. We found all of these and more at BitSummit 2021 and just had to share a few more of the most interesting below. These could either be the best of the show or just somewhat interesting; it all depends on one’s gaming tastes. Still, they’re all at least worth a closer look.

Just when one’s tempted to think that fighting games have nowhere else to go, along comes VV-LABO’s Super UFO Fighter with a premise that could only be dreamed up by true crane game (aka “UFO Catcher” game) enthusiasts. In Super UFO Fighter, two players pilot tractor beam-wielding UFOs and struggle for the most desirable prizes. It’s simple in concept: find the prize and capture it before the other guy, but it’s not so simple in practice.

Breaking the capsules and finding the indicated prize is only the beginning; the real fight is in actually getting it to one’s prize chute. It was a real struggle to win against the presenters at BitSummit. No one wanted to give in and we both traded UFO blasts and snatched prizes out of chutes at the last second. Overall, Super UFO is a blast to play and will actually be out later this year. For now, interested gamers can try the demo found on the official Steam page. 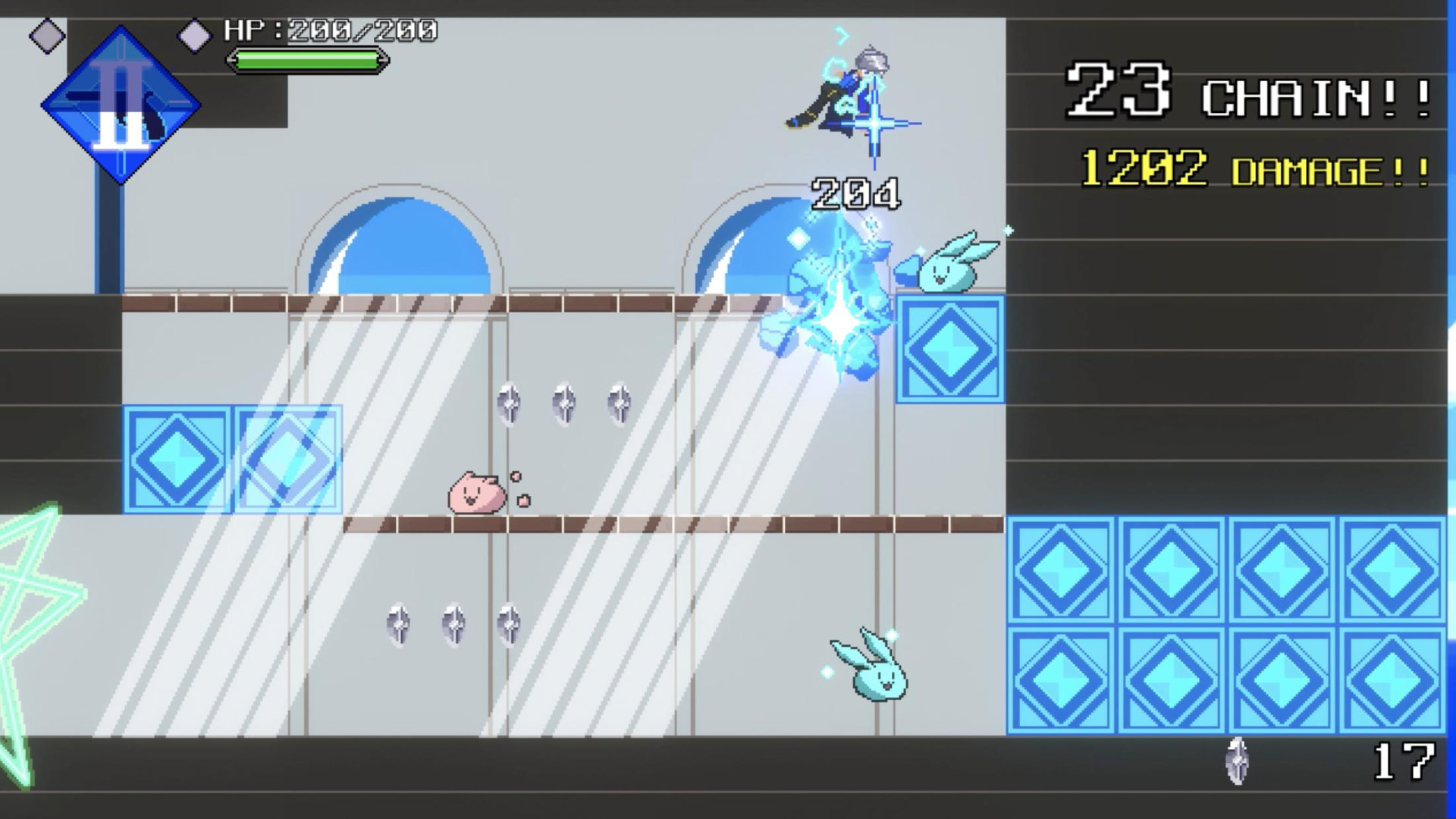 This 2D Action Adventure game isn’t out to break its genre archetype, but rather it’s focused on being as interesting an entry as it can. Rystel’s main means of doing this is through an elemental combat system. As player gain power, they unlock new forms of combat tied to different elements. Ranged is tied to ice, melee to fire and dashing to wind. The last form/element shown wash light, which mixes a slow projectile with teleportation. With this ability, one can teleport to any point their projectile can reach, which allows for all manner of skips and shortcuts. This will probably get nerfed going forward, but it’ll make for an interesting means of exploration if it’s at all retained.

Combine that will an overall appealing art style, satisfying combat, cool character designs and an interesting world, and developer Relic Square has an eye-catching project on their hands. There’s no demo or release window for Rystel yet, but it’ll eventually be making its way to PC via Steam as well as the Nintendo Switch. More details can be found on the official website.

To get an idea of what’s going on with Koarabyss, first picture a standard platforming game level and then rotate it ninety degrees. Next add some sort of mouse ninja (or maybe a koala?) with an uncanny knack for wall-kicks and wall-sliding. Got it? Okay, then this is the basis of Koarabyss. As players slide and kick their way down each stage, they’re challenged to collect as many yellow orbs as possible. It starts out easy, but quickly grows rather complex with spike hazards, bounce blocks and other wrinkles. Failure means starting the stage over, but they’re short enough that it doesn’t land on the wrong side of frustrating.
Actually, the demo was rather addicting and it would have been easy to sit there and go on for a long time if the demo permitted it. Koarabyss is available on itch.io right now, so there’s no reason not to go try out one’s own wall-sliding skills.

Bonus: Fall in the Dream

Sleepy gorilla plus moon physics equals plain ol’ goofy fun. Fall in the Dream is the kind of no-context, “just shut up and have fun” kind of game that makes the independent sector the awesome space that it is. The setup is simple: the gorilla is stuck in a crazy dream world, and the only way out is up. Using a combination of low-gravity jumps and gorilla grip-strength, players need to do their best to climb out of the dreamscape. It sounds easy, but it must be remembered that they’re controlling a sleepy gorilla in a dreamscape.

The object arrangement won’t always make sense; the gorilla won’t always grab immediately, and progress will be lost. With practice comes experience, however, and it gets easier and easier to regain those previous heights. Eventually, that gorilla will be moving so fast as to appear flying, which is thanks to an ever-building sense of flow. Wanna try to get the gorilla to fly? Then just try it over at Fall in the Dream’s itch.io page.

It was a treat discovering all these cool projects at BitSummit 2021 and it’s going to be a hard wait until they reach full release. Still, most of these are at least available to try right now, so don’t take our word for it. Go ahead and see what’s so interesting about these games and those mentioned in previous articles. When it comes to indie games, investing a little time is usually well worth it!