The SaGa series has enjoyed popularity in Japan for decades, but never achieved the same level of success in the United States. With the popularity of JRPGs growing in this county, many classic SaGa titles have been re-released or released for the first time in the west. With the surge in SaGa’s popularity bringing the franchise to a wider audience, Hardcore Gamer decided to take advantage of the opportunity to discuss the future of SaGa with three top SaGa developers Masanori Ichikawa (Romancing SaGa Re;univerSe, SaGa series overall), Akitoshi Kawazu (SaGa series overall) and Hiroyuki Miura (SaGa Frontier Remastered, Collection of SaGa Final Fantasy Legend).

[Hardcore Gamer] SaGa titles have historically had a limited US release up until a few years ago. What made that the right time to introduce western audiences to the classic SaGa games?

[Masanori Ichikawa] SaGa as an IP is very popular in Japan, but overseas we have a smaller fanbase of devoted hardcore fans. This hasn’t changed much since we released the remastered version of Romancing SaGa 2. However, I believe that real JRPG fans outside of Japan would truly love SaGa if they got to know the series.

Brand awareness has certainly increased overseas due to the continuous releases we’ve had over the past few years, but I don’t think SaGa is recognized by everyone worldwide just yet. My personal ambition and hope is to expand the series, which I love so much, worldwide.

What are the general thoughts about how the re-released SaGa titles (Romancing SaGa 2 and 3, Saga Frontier Remastered, Collection of SaGa Final Fantasy Legend) have been received?

[Akitoshi Kawazu] I’m satisfied with the positive reactions we’ve seen from players, but we are hoping to increase the number of people who play these games.

[Masanori Ichikawa] We feel good about how the games have been received, especially by overseas players. Though maybe not large in number, we’ve been hearing the overseas players’ voices.

It’s especially interesting to get reactions on the Romancing SaGa games, as they weren’t initially released overseas. On the other hand, for SaGa Frontier Remastered and COLLECTION of SaGa FINAL FANTASY LEGEND, whose originals were released overseas, the proportion of overseas purchasers is high, which leads us to believe that there are many players who are purchasing these games for nostalgia.

[Hiroyuki Miura] As for COLLECTION of SaGa FINAL FANTASY LEGEND, we deliberately developed the game to replicate the gameplay as it was in the originals, so I believe players are feeling nostalgia through it. Also, with it including three titles, it seems people find it worthy of a 30th anniversary collector’s item, which we are thankful for.

As for SaGa Frontier Remastered, it seems to be received well from fans of the original. We were able to get Kawazu-san’s full support on the additional elements, and Naofumi Ueno, the director of the remastered version, acted as a “representative” of the fans to carefully and thoroughly carry out the development. I believe the positive reception is also an acknowledgement of the effort put in by the development team, so we are thankful. 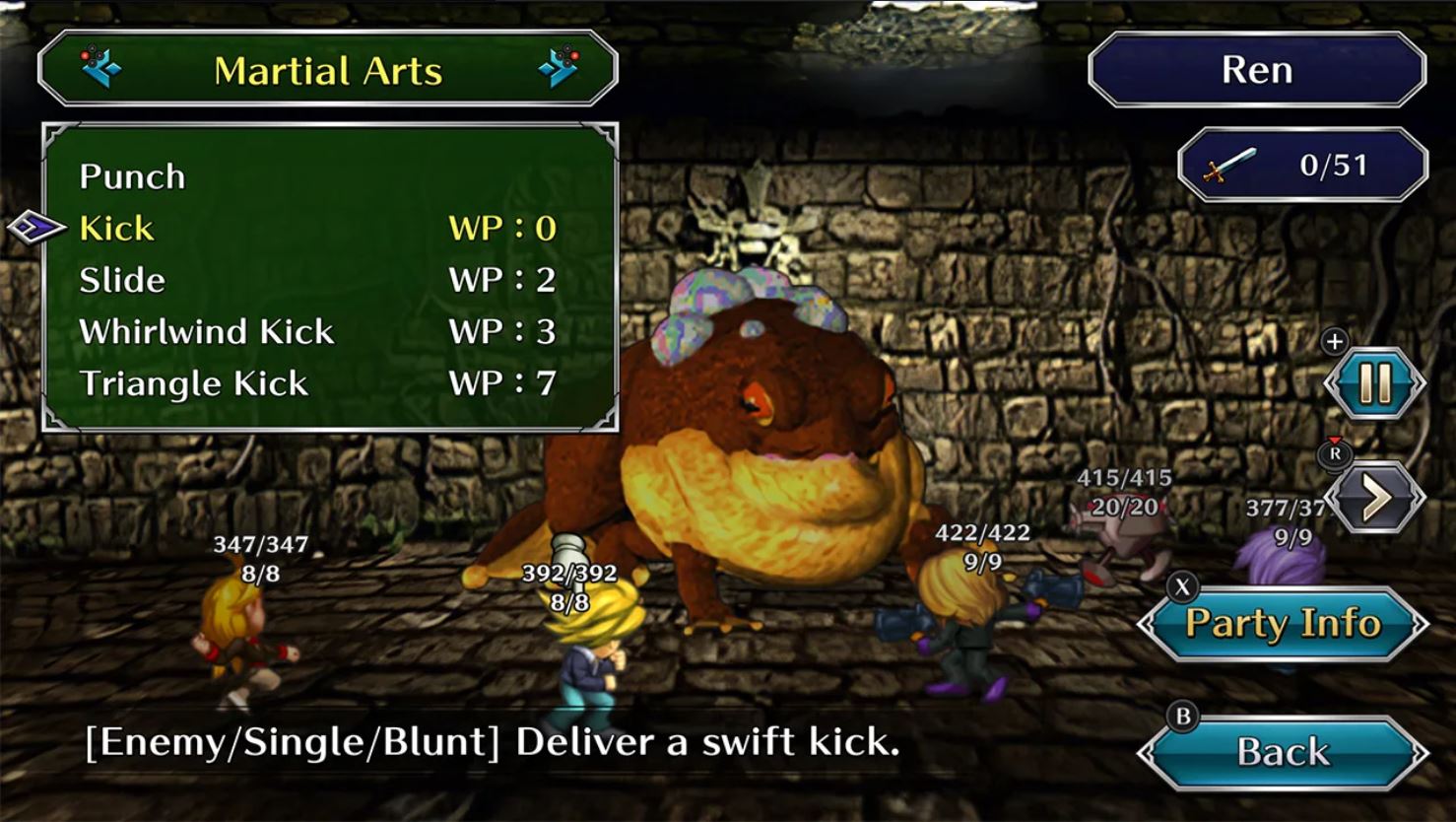 Romancing SaGa Re;univerSe brought the traditionally console series to the mobile platform. What were some of the challenges and considerations in successfully bringing SaGa to mobile?

[Masanori Ichikawa] One challenge we faced was incorporating challenging battles (or as we call it in the mobile gaming world, battles with high “give up” rates). Another was not making the game pay-to-win, which we achieved by implementing characters who can be used for a long period of time and a system where character upgrades/older characters don’t go to waste.

We’ve continued operations from launch until now with the points above as our challenges/missions. I believe there aren’t too many successful mobile games from a business perspective which have achieved these points.

And more than anything, it was difficult to incorporate the essence of the SaGa series, which is different than any other SQUARE ENIX RPG.

SaGa games fit the JRPG mold but the games always had some innovation and unconventional features, such as monster evolution in Final Fantasy Legend and different main story paths in SaGa Frontier. How has this unconventional approach affected the evolution of the SaGa series?

[Akitoshi Kawazu] There’s no meaning in creating the same RPGs that already exist in this world, and it’s also no fun to create games that can be easily copied/emulated. I believe that this mindset has formed SaGa’s unique aspects. 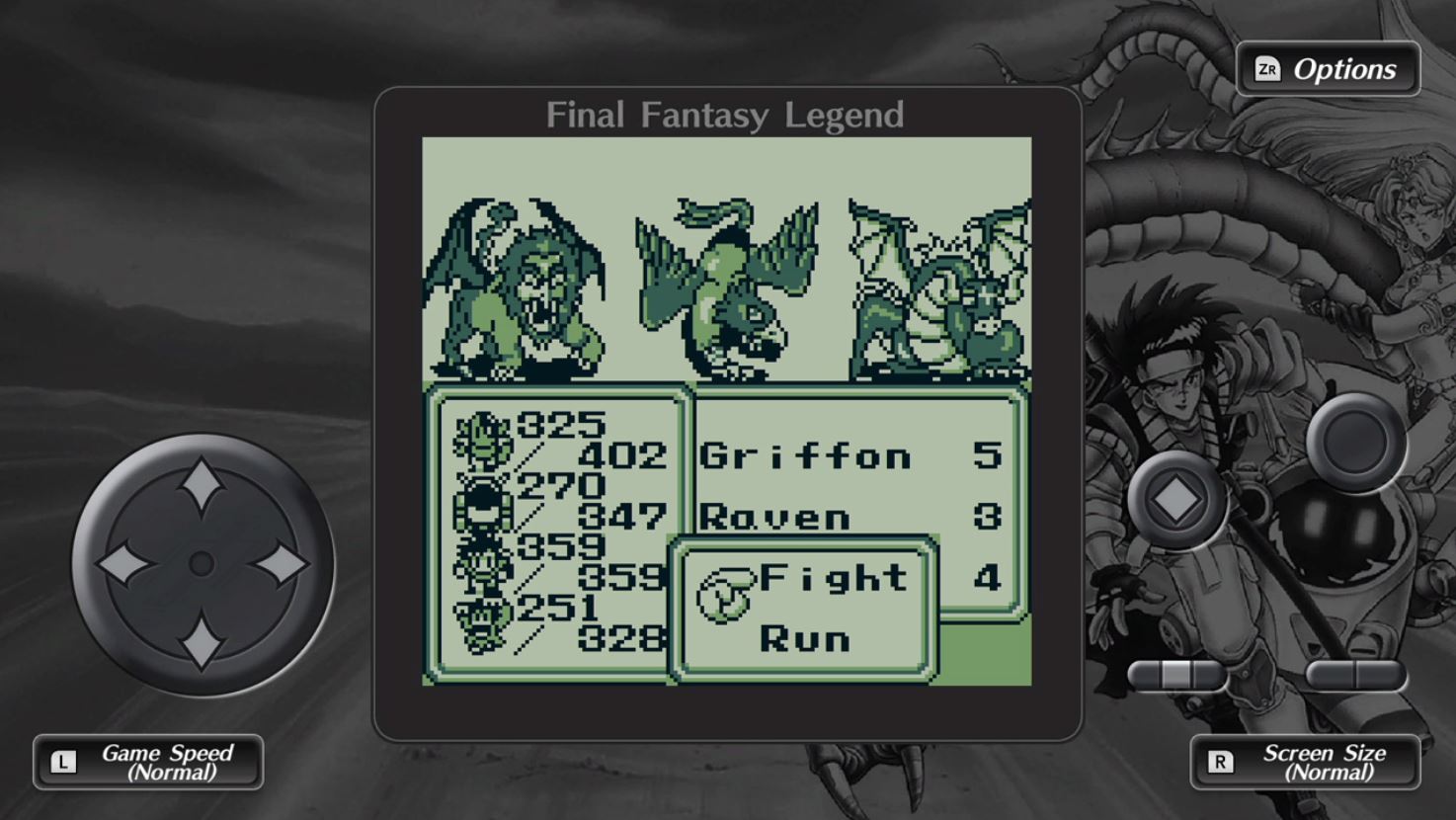 What does the future hold for the SaGa franchise? Are there plans to bring more games to the west that were never released, or any remakes or remasters in the works or perhaps brand new SaGa titles?

[Akitoshi Kawazu] As I believe potential SaGa players exist throughout the world, I hope to provide more opportunities for more and more players to come across our games, whether it be past or new titles.

[Masanori Ichikawa] Compared to other SQUARE ENIX titles, there really are many things we haven’t been able to do in the SaGa series. There are titles we still haven’t been able to port, and as for remakes, we have barely been able to do any, even though there are multiple titles that would definitely become popular if we are able to remake them. I believe the three important pillars are ports, remakes, and new SaGa titles. Of course, we will be producing these games for fans around the world.

[Hiroyuki Miura] For past titles from the series, we are hoping to make considerations to meet the requests from our players.