Indie action-racer The Next Penelope has been turning heads for some time now, and since its release on Steam last week players the world over have had a blast exploring the game’s unique setting and mechanics. We caught up with the man behind the entire project, Aurelien Regard, to find out more about The Next Penelope’s development and inspiration.

[Hardcore Gamer] First off, could you describe The Next Penelope for those unfamiliar with the game?

Regard: Sure! The Next Penelope is an action racing game and at first you’ll picture a mix between Micro Machines and a mini F-zero.Once in-game, you’ll discover more unexpected elements, like a Megaman level structure, and an original story based on a futuristic Greek Odyssey. Oh, and a pretty high difficulty level as well, thanks to the weapons being directly linked to your life-bar. You shoot, you boost, you teleport yourself,anything – you lose vital energy!

What inspired you to play with the tale of The Odyssey in such a unique, futuristic way?

I was a huge fan of Ulysses 31 as a kid, a vintage anime aired in France in the 80’s. I’m kind of trying to catch that weird vibe it had, I guess! That said, I was important to me to switch from Odysseus to Penelope for the main character role. I was very curious about her, and how different she could become in a parallel universe of mine. 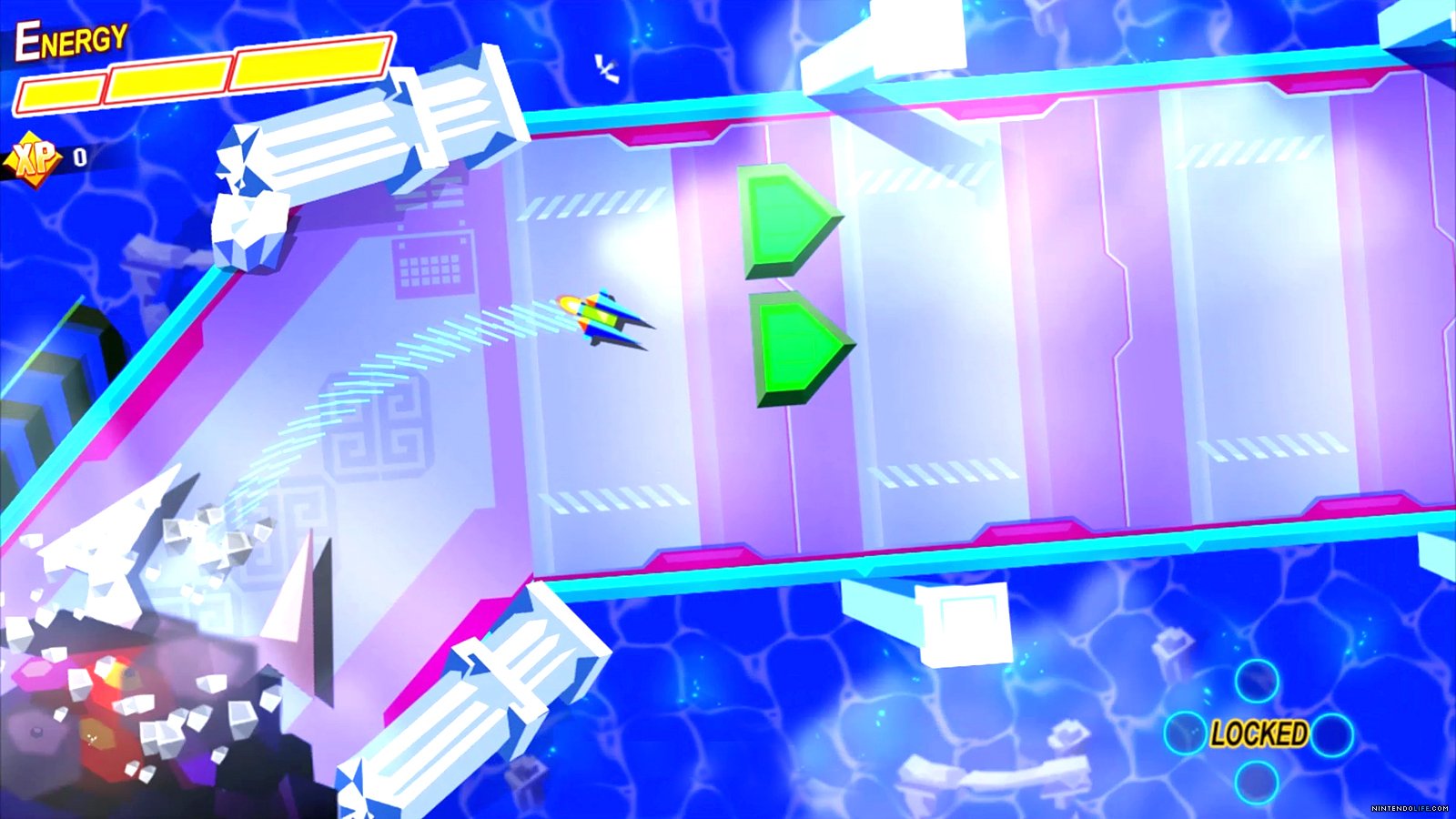 Each world Penelope visits is centered around a certain weapon or tool, like vampire mines or the grappling hook, but we’ve yet to see a stage designed around utilizing them all at once. Do you have plans to design levels like this?

Yes, that’s the plan. The final bosses already ask you to combine them, but more is definitely coming!

The Odyssey is a very long book – should we expect a similar length for The Next Penelope?

Sadly, no. I’m doing everything alone on this game, code, art, music. So, expect a 5-hour solo campaign, and a potentially infinite 4-player mode of course.

As a one-man studio, what is your process like for designing The Next Penelope?

Being alone can lead to a lack of perspective. So, as soon as I get an idea, I prototype and send a very rough version to my playtesters. From their feedback, I decide if I keep the feature or not. I know what I want to achieve, but playtesters have the final cut. 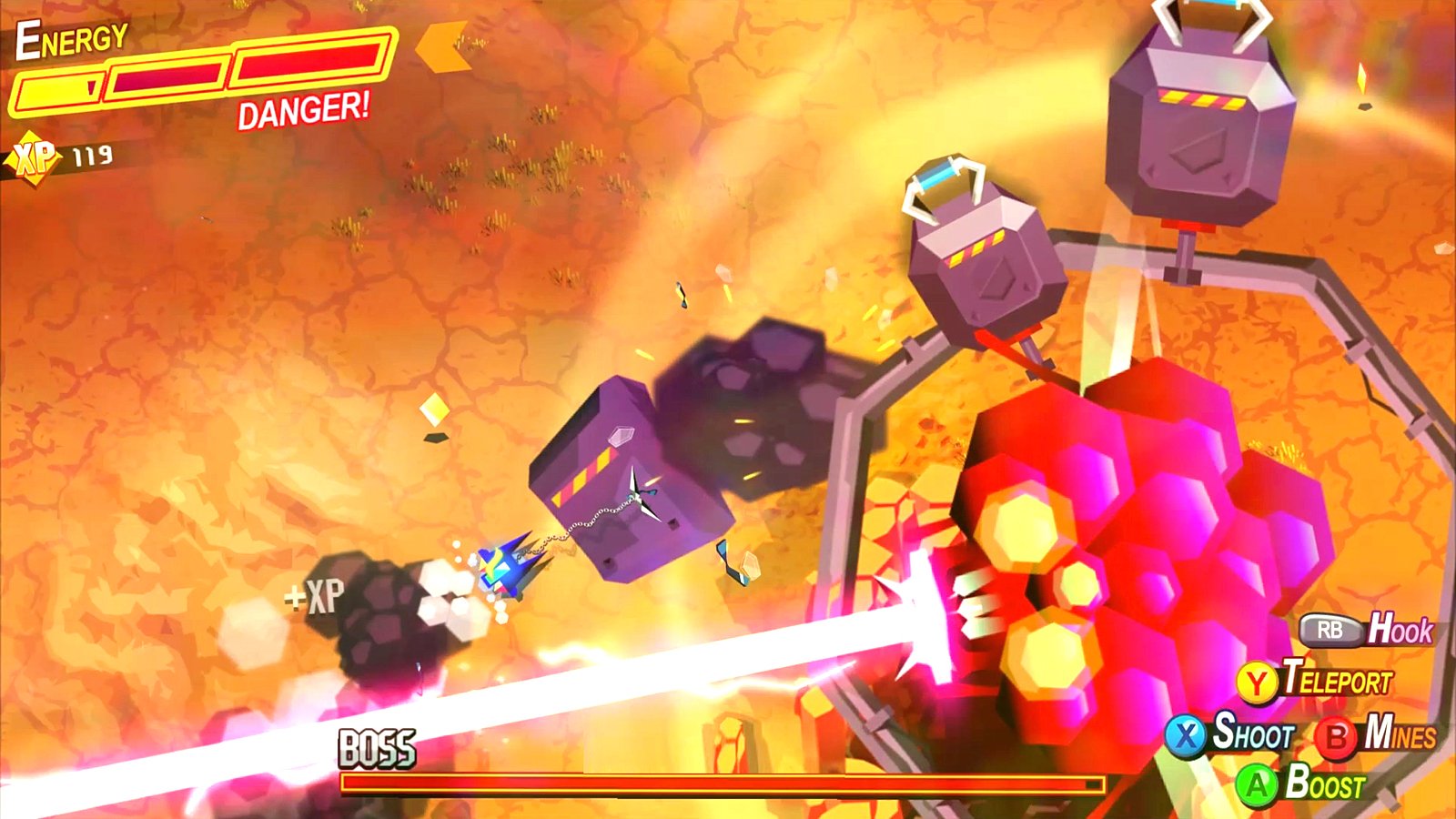 The “Personality” augmentations are a great framework for upgrades. Can players expect their experience with the game to differ depending on how they alter Penelope’s personality? For example, does boosting certain traits while ignoring others have any negative effects?

The XP is now mainly designed to help people who find the game too hard. At first, I tried to add real counterparts. Like, if you upgrade a boost ability by 30%, you’ll go faster but the screen will be graphically altered and made hard to read. A bit like the diseases system from Rogue Legacy. This was a bit too much, play-testers rejected it,  the game being already pretty super hard for most people. Also, the risk/reward system due to weapons being linked to the energy bar already brings this kind of trade mechanic. So now this part is more made to help you, should you get stuck at some point in the game.

Your game takes inspirations from F-Zero; Was it important for you that it released on Wii U?

I’m trying to bring the game on Wii U mostly because of its great community. Wii U owners really cared about the game since the very beginning, and even if I guess this port won’t sell that much, I really want them to have it.

Do you have any plans for multiplayer?

Yes, I’m working on the 4P mode! As I’m alone behind this game, it will be couch only, but I can’t wait to be ready and show more about this mode.

Lastly, what was your favorite game growing up?

Should I pick only one, I’d say Gargoyle’s Quest on GameBoy. I like everything in this game!