Hardcore Gamer was recently flown out to Sega of America’s headquarters in Irvine, California to go hands-on with the upcoming Total War Saga: Thrones of Britannia. While we were there, we were able to speak with Outreach Manager for Total War at Creative Assembly, James Given, on everything that makes Total War Saga unique.

[Hardcore Gamer] Why focus on the events surrounding the Viking Invasion of the British Isles for the debut Total War Saga game?

[James Given] We wanted something distinct for the Saga style and this lends itself very well to that. Being the first Saga game, it sets itself aside from the more sprawling Roman Empire and focuses on a a pivotal moment of history that’s maybe not as wide as the Roman times. We have loads of competing factions around this time; a lot of petty kingdoms that would eventually rise to become wider, larger kingdoms like England, Ireland, Wales and Scotland. This is the time when those kingdoms were starting to become what we now think of them as. The vikings have been raiding and now they’re conquering. As this game starts they own about half of England from the northeast to the southeast and the Saxons are on the northwest. It’s the perfect time to start because everybody has something to gain and to fight for and rewrite history in its own way and that’s always been the hallmark of Total War.

This is the first Total War Saga game — why release a new banner for the series now?

We’ve always had the tempo of a follow-up and it’s been our traditional model for quite some time and this is a great way to test the waters and go into time periods we haven’t been able to go into because they’re maybe not as wide, which is great and exciting because as a Total War fan you want to be able to delve into shorter periods that are still rich and the replayability from that can be absolutely awesome and brimming with ideas with what we could do with them. As somebody who grew up in the Northeast of England, the Viking invasions are woven into the landscape in the place names, environment and even the language. It’s good; it’s absolutely brilliant. 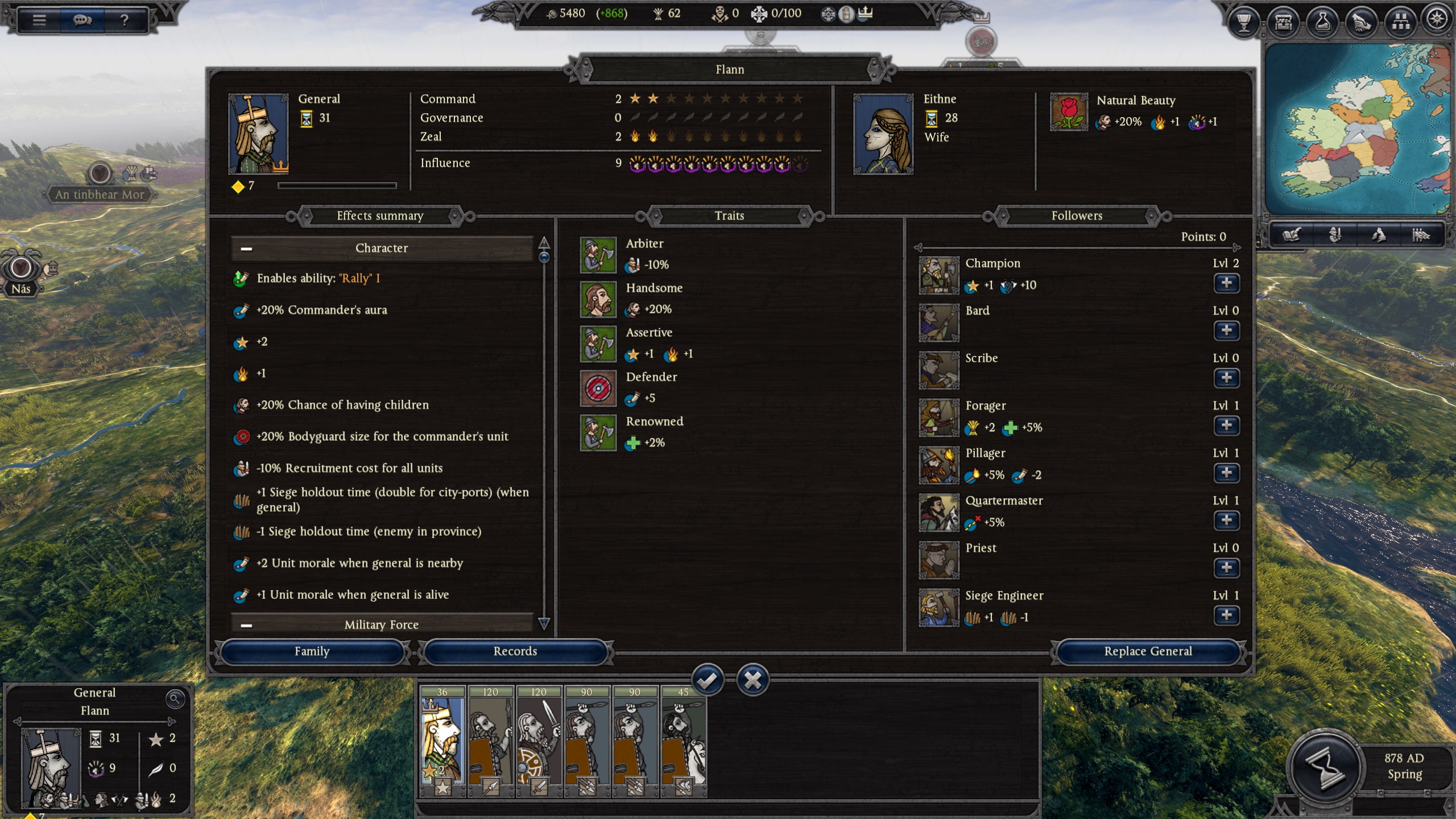 Is Thrones of Britannia a mainline Total War game and how does it stack up to previous games in the series and the upcoming Three Kingdoms?

Three Kingdoms is its own beast and will focus on a wider scope of history while Saga is much more focused.

Could you see the release cycle producing a Saga game every other Total War release?

Couldn’t possible say; it’s the first time we’ve done Saga and we want to see how this one goes. We haven’t made any plans.

Is it a universe you’d like to continue if it sees success?

Of course. We’ll see how it goes, but I got a feeling if it does well…

The art style is a departure from previous games — how did that come about?

We wanted authenticity but also uniqueness that sets it apart from other Total War games and I think it really does that. When we first saw it, it was like “Wow, OK, this is very different.” Completely different than what we’d done before. It’s going to be very interesting to see how everybody reacts to it. I think it’s really cool and very similar to the artwork you’d see in books of the time and also in churches. Churches were pretty much the only stone buildings in that time and that’s where artists would really have a chance stamp the idea and image of times in windows and so forth. We’re trying to transform you back to the Dark Ages of Britain and I think this style definitely does that. 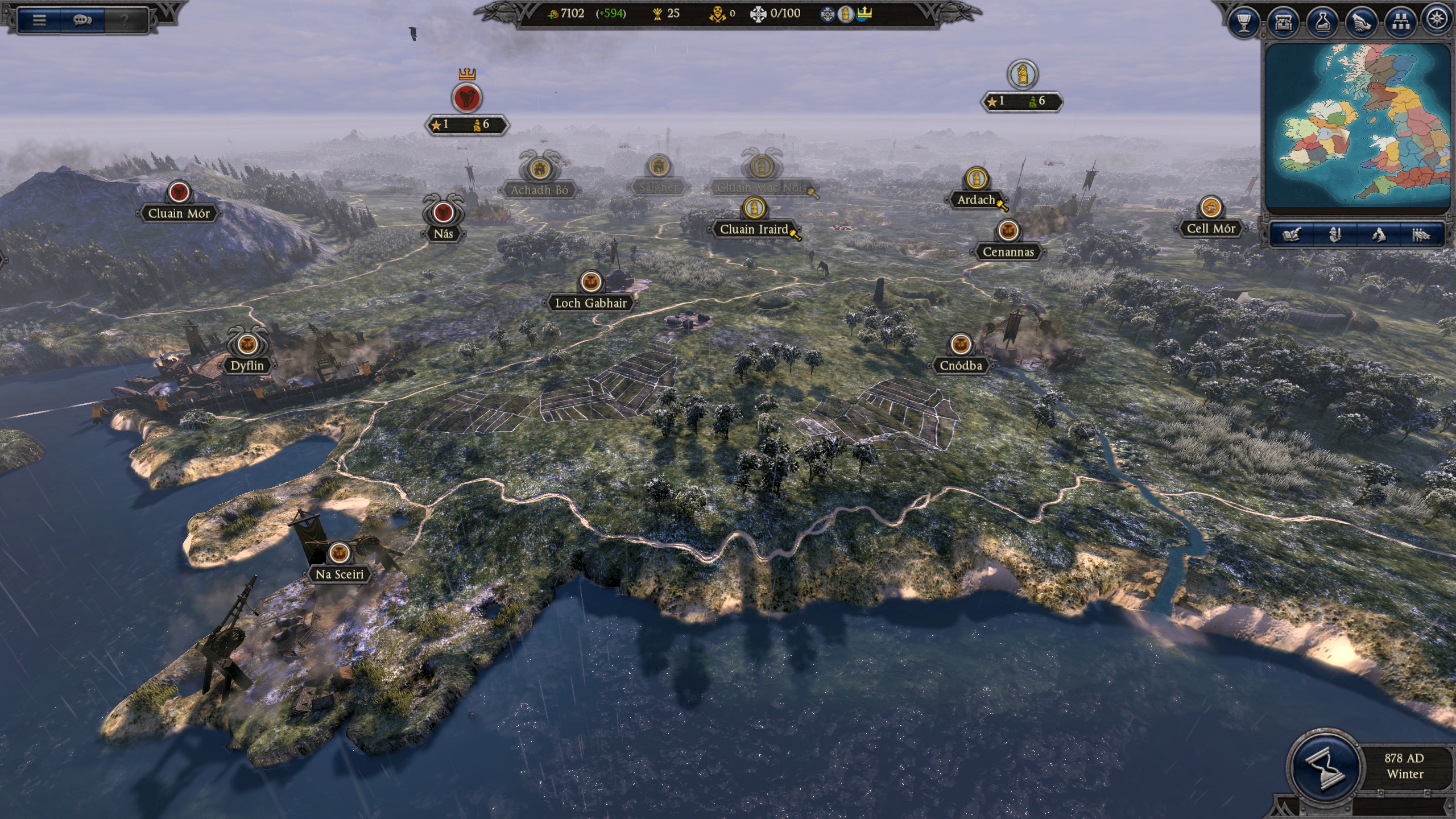 From playing Britannia, there’s noticeable similarities to Total War: Attila — does it build off of that game?

It shares a lot of similarities. One of the big things we try to strive for with Thrones of Britannia is the optimization of it, so it plays very well.

Because I happen to be the last interview of the day, I have to ask: what question have you not been asked by anyone that you were hoping to be asked?

With every Total War game you get a door opened into a different time period that you aren’t familiar with. I didn’t know much about Napoleon for instance and now I’ve become a very avid reader on his exploits and sometimes it can complement things you’re already interested in. It’s a great way to open up to a completely different world history and even a viewpoint. You can understand so much about a nation based off the experience it went through in certain parts. You learn history through our games. There’s lots of games out there that teach history, but there’s very few games that teach it as thoroughly as our games do and you can really get a sense of this is what it may have been like to fight or exist in that time period and I think that’s something we do very well. We take it very seriously, we like to have authenticity in our games and it’s something we strive towards. 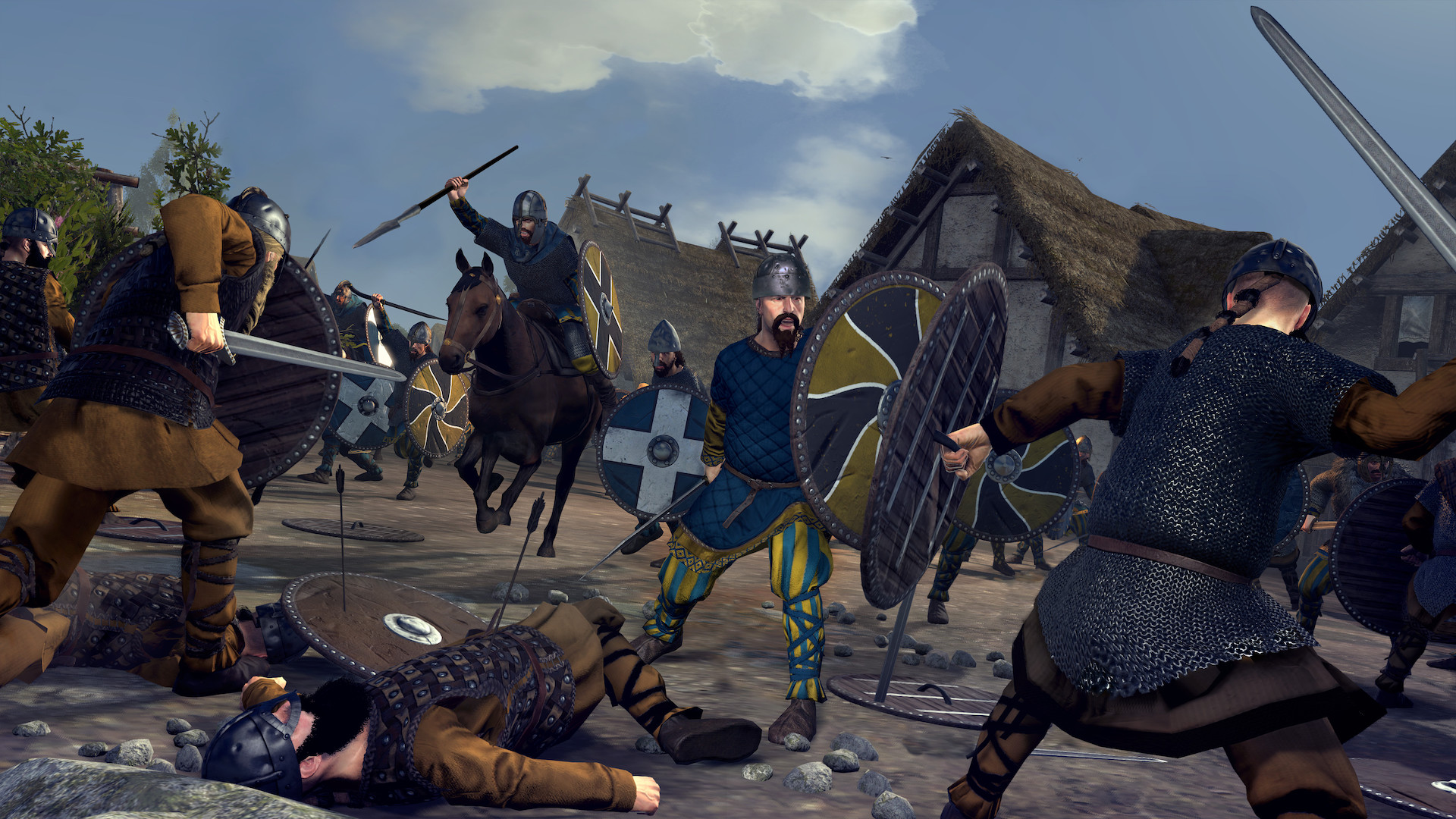 Are you proud with how many people have expanded their knowledge of history through the games?

It’s an amazing thing. I get to talk to lots of people every day about Total War games and usually branch completely into what Total War they’d like to see, what time period they’re interested in or what would they’d like to learn more about and sometimes people will be brave and pick out a time period they know nothing about, but know it’s probably interesting even though they haven’t had the spark to learn about it and that’s what our games can deliver. All of a sudden you’re playing the game and enjoying it. As a game, it’s incredibly enjoyable. You don’t need to know the history to enjoy it, but then you get the knowledge of the history from playing it and all a sudden maybe you’re spending four hours on Wikipedia looking up battles that happened thousands of years ago like I have. They use our games to make historical videos to teach and it’s absolutely amazing. It’s not just some historian sitting in a dark room telling you about how a battle — which can also be fun, but can be a little bit boring — you have a visual aide now to see what those armies looked like and our games show battles better then almost anyone.

For more on Total War Saga: Thrones of Britannia, be sure to read our hands-on preview.