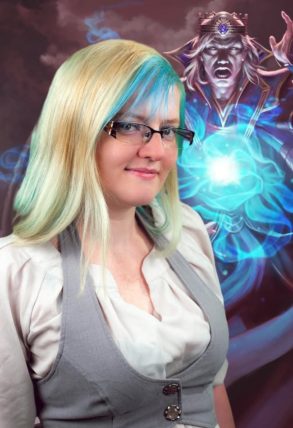 With the latest expansion for Neverwinter: The Cloaked Ascendancy, already available for PC, one might wonder how long Xbox One and PlayStation 4 players will need to wait before the fresh content is released for their preferred version. The answer to that is April 11, just to get that out of the way.  Taking place after Storm King’s Thunder, players return to Neverwinter and meet up with Lord Neverember. The land is under attack by The Cloaked Ascendancy, made up of four mages that have been trapped in the Cloak Tower for decades. Apparently, they used that lost time to plan a really bitchin’ coup, something that they are working to carry out now that they have been able to return to realm. We recently had a chance to speak to Systems Designer for developer Cryptic Studios, Chantelle Tatum, about her work on this new expansion, and her take on the games industry in general.

[Hardcore Gamer] So, Ms. Tatum, what’s the day to day life as Systems Designer like over at Cryptic?

[Chantelle Tatum] Well, I have been working here for almost a year, and they started me off creating items and setting things up. The last thing I worked on was the new artifact weapons for The Cloaked Ascendancy. It’s looking like my main focus is creating weapons and gear for the players.

How did you end up landing this position?

I went to school for a degree in video game art design. I got no experience in it, so I started doing customer service in mobile gaming and worked at the same company for five years doing customer service, 3D modeling, lay offs, more customer service and then they offered me a design position. So, I was doing narrative design, then I ended up doing a little systems design before I got the job here at Cryptic.

So, it seems like getting your foot in the door was a challenge, and required some less than glamorous work  (Note: Ms. Tatum’s previous work was on something called Katy Perry’s Pop, something I didn’t even know existed until this interview), but it seems like now that you are at Cryptic, you are doing something that you love.

Yes. Having even the littlest experience goes a long way for any position in the gaming industry. A lot of people go to school to become the jack of all trades when the industry is looking for specialists, or they have no idea how the gaming industry works. So, a lot of people end up in customer service or QA first to get their foot in the door. I respect QA with my very soul. I don’t know how they do what they do.

One of the greatest things about being a Systems Designer is that I’m always working on something new. It’s not like everyday is the same old, same old. Today, I came in, and we did the stand up meeting and worked about two hours before lunch. After, I was helping one of the designers work on flavor text. Then I was working on a break between our old module and the new one. My weapons got a little weird. After this interview, I’ll be going up and working on new companions. We love giving you guys as many companions and mounts as you want since we know you love them. Next week, I’ll be working on more artifact weapons and gear. 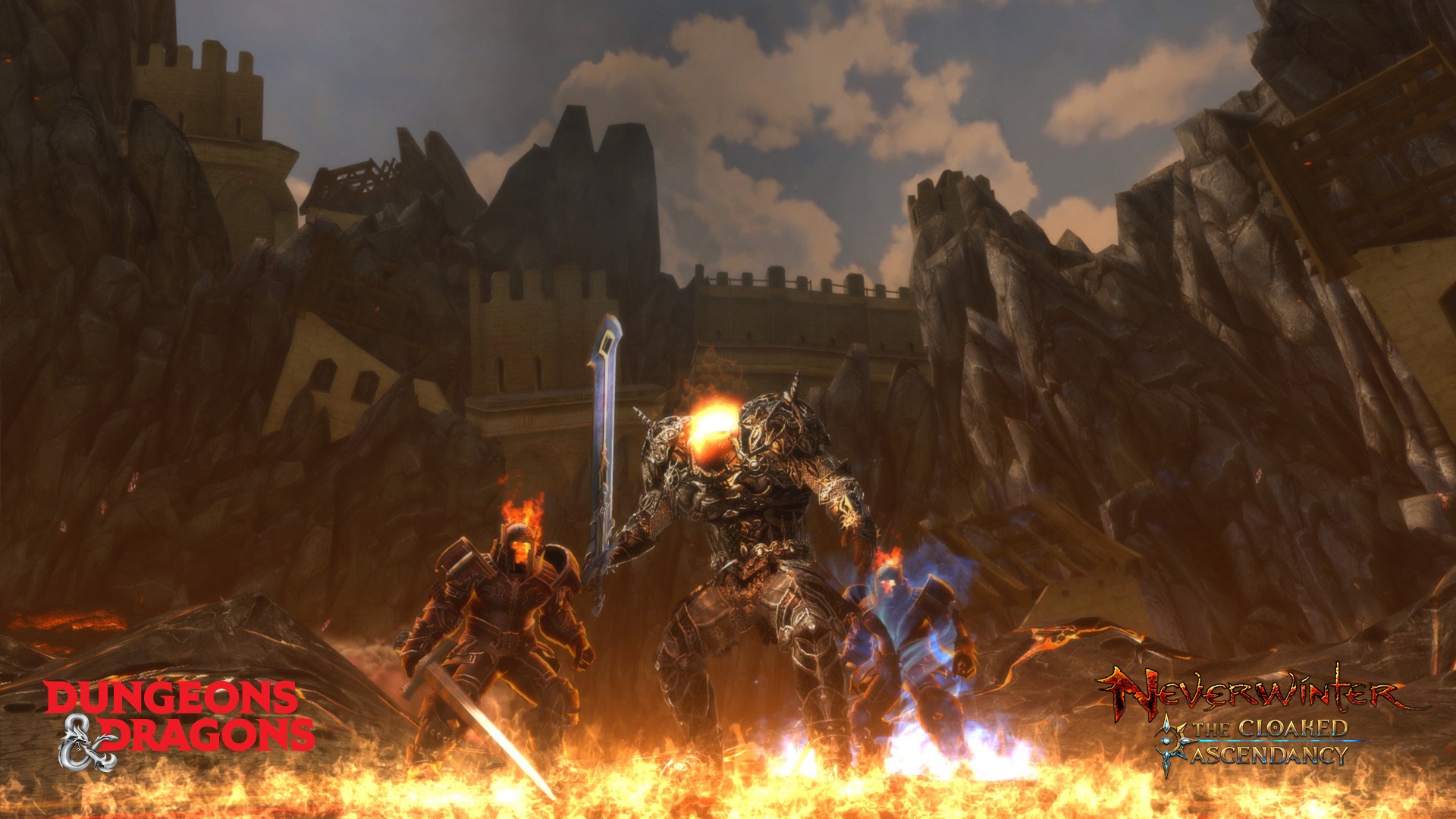 Speaking of weapons, what, to you, constitutes an awesome weapon?

That very question kind of came up when we were working on the relic weapons in the last module and the new Ascendant weapons in The Cloaked Ascendancy. First, we want a weapon that all the players will hit at least one point in all of the players’ character build, or multiple weapons in multiple choices. I like lots of weapons, the more the merrier, but we can only do so much per module. We can’t do that very often. That’s why I was so excited for The Cloaked Ascendancy, because we were able to give players four new artifact weapons. For me, it’s important for the players to want, like, and keep them, so that it can be a huge part of their build. When we can only do one really cool new weapon, we have to keep it generic enough so that most people would find it useful. I really like it when we can offer more. I want people to have many options. You know, “I like this one for PvP, and this one for healing. I really like this one for pounding people’s faces in.”

One of the things I like about Neverwinter is that I never feel like I am forced to pay in to have a good time. How much effort goes into balancing the weapons to keep that tone?

One thing that we try to keep with all of the weapons is that, outside of the relic weapons, they have very similar upgrading mechanics. Therefore, you guys know how it works so you know how to spend your time. We try to keep everything straight forward, making the first level of upgrading easy (so that the player will quickly learn if they like it). We have a template in place so that (when new weapons are introduced), there isn’t a way to just pay your way to the top, to try to keep it simple for you guys. With the new Ascendant weapons in the game, we got to have a little fun. They aren’t the most powerful weapons in the game, but they’re easier to get.

How thick is the lore bible that you have to follow?

Well, we don’t really have a “bible.” Instead, we’re in constant contact with Wizards of the Coast. So, we might say that we’re thinking of doing this, and they might say “that fits into our lore. Do it.” Or they might ask us to alter it. They’re very good about telling us what fits and what doesn’t. They’re also very lenient. They’re very much “if you can make it sound like this, then do it.” They’re very cool and chill about letting us try and do what we want. They do want us to have fun. 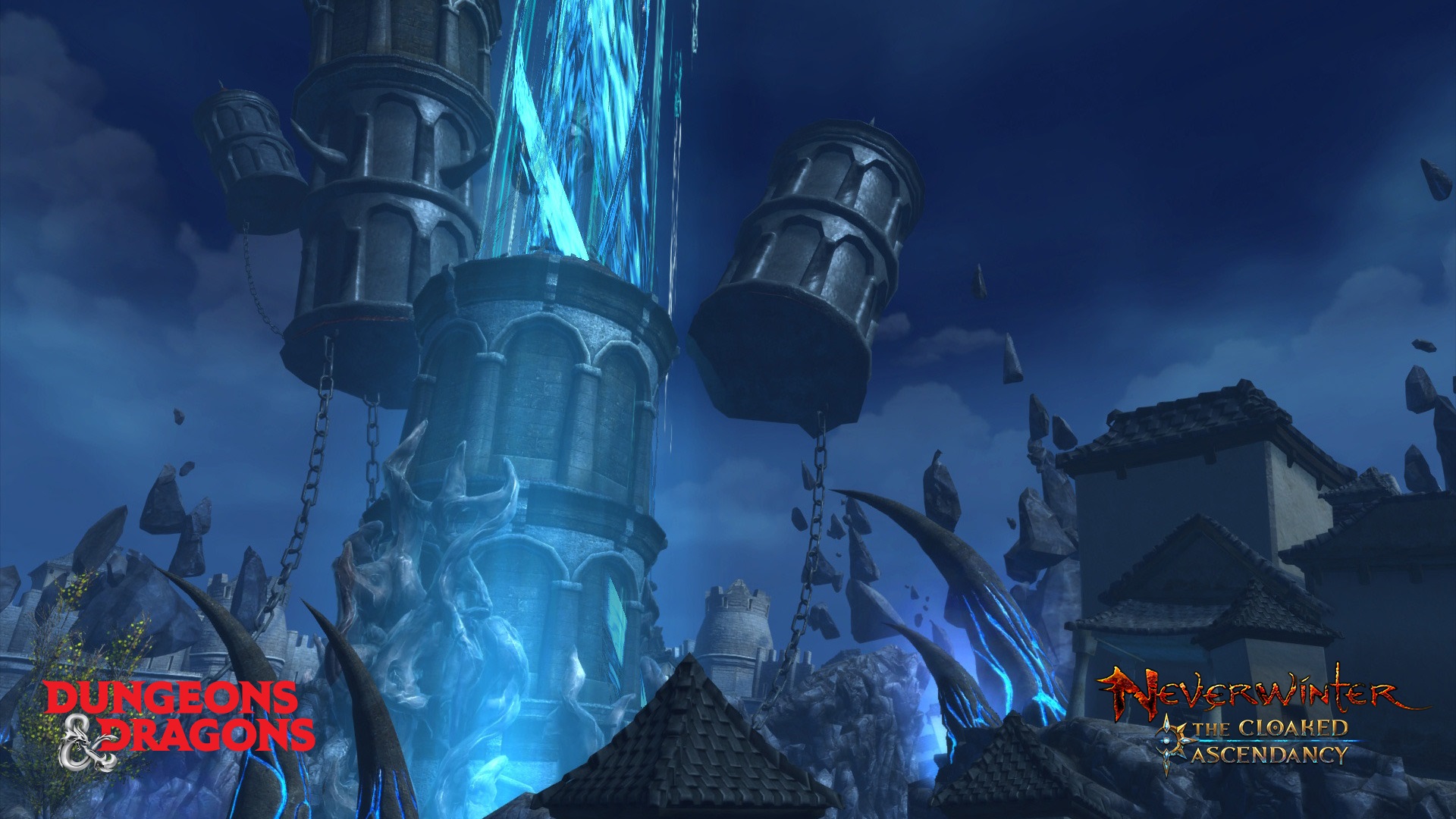 So, are you ever tempted to sneak a secret, powerful weapon into the game for yourself?

Oh, no. Players will find it. One of the designers threw in a volleyball with a hand print on it, Wilson, in the Sea of Moving Ice. Players found it. They find everything. So, no sneaky sneaky.

With the weapons in The Cloaked Ascendancy, what are you the most proud of?

I would have to say it’s the Illusionist set. It makes clones of you, which I love. It’s also one of the first PvP sets that we have. We intentionally made it so that it does more damage against people who have shields. That was my favorite little throw in for those people. Right now, we haven’t been focused as much on PvP because we’ve been doing a little class rebalancing, so I wanted to throw in something.

Here’s a question for a co-worker: Since Neverwinter is based on Dungeons & Dragons, and D&D factored heavily into the Netflix show, Stranger Things, has there been any talk of doing some cross promotion?

Not that I know of. A lot of our designers did really like Stranger Things, so we put in some shout outs. Easter egg type things in our chase items. (Author’s note: Nothing is impossible…)

Closing out, as a female in the industry, is there any advice that you’d like to give other females that are hoping to also get into the industry?

The thing is, and this is not just for females, but anyone trying to get into the industry, know what you’re getting into. It’s fast paced and can be very rough. So, be prepared for rough days and rough hours, and there’s going to be layoffs. The thing that makes you want to do it needs to be your passion about it. I love video games. I love working on games. For me, it’s worth it. Make sure it’s worth it for you.