The world of Eorzea is about to expand once again. Final Fantasy XIV: Shadowbringers aims to add a significant amount of content to the already large game, including the introduction of the Blue Mage. At E3 2019, we sat down with Naoki Yoshida, Final Fantasy XIV’s producer and director, to learn more about what players can expect from the latest expansion.

[Hardcore Gamer]: Let’s look back to 2010. Square Enix just launched Final Fantasy XIV and it was kind of a disaster. Fast-forward to 2019 and you have one of the most successful MMOs on PC and PS4. You’ve launched two expansions with a third, Shadowbringers, right around the corner. How does it feel to have turned the ship around and find so much success?

[Naoki Yoshida]: This is a difficult question to answer. In my mind, once we relaunched as A Realm Reborn, and then released our first expansion, I feel that we achieved a successful relaunch. We had established ourselves at that point. I felt that the weight had been lifted and considered it a milestone. With Heavensward, it was our first expansion, and in my mind, only successful MMOS get to release an expansion. I feel we’ve met our milestone for success and my emotions have been reset. We’re now looking forward at this point.

My mindset is how we continue to expand Final Fantasy XIV. With Stormblood and Shadowbringers, our goal is more about how we expand the game. We haven’t had the time to look back at the past very much. I feel there’s not much need to look into the past, but rather looking to the future.

Heavensward and Stormblood added healthy doses of new content into the game. Players got new worlds, storylines, classes, and raids. How does Shadowbringers’ scale stack up to the previous expansions?

Let’s talk about the Blue Mage. What was it like designing such a unique class, especially as it’s a limited job? Can it interact with the other classes in any capacity? Will we get to see more limited jobs during Shadowbringers’ lifecycle?

First and foremost, with the Blue Mage, there were actually no plans to implement it into the game initially. What’s unique about the class throughout the franchise is that you learn and acquire monster powers and abilities. Sometimes, that can really break the balance of the game. When it was first introduced in Final Fantasy V I was very fond of it and played as a Blue Mage a lot. There were a lot of requests from players asking for the Blue Mage.

So, we tried to think of the best ways to express that unique job within the game, and we thought about it not as somebody that would join a party, but rather accentuating that feature as a new type of job class where you do learn monster abilities in a confined way. I thought it would be interesting as a gameplay element, so we decided to introduce this new category of jobs so that even if some of the abilities are balance breaking, it would still be fun. You won’t be able form parties to go into raids, but players can still enjoy a different kind of gameplay experience with the Blue Mage in its own arenas and areas. 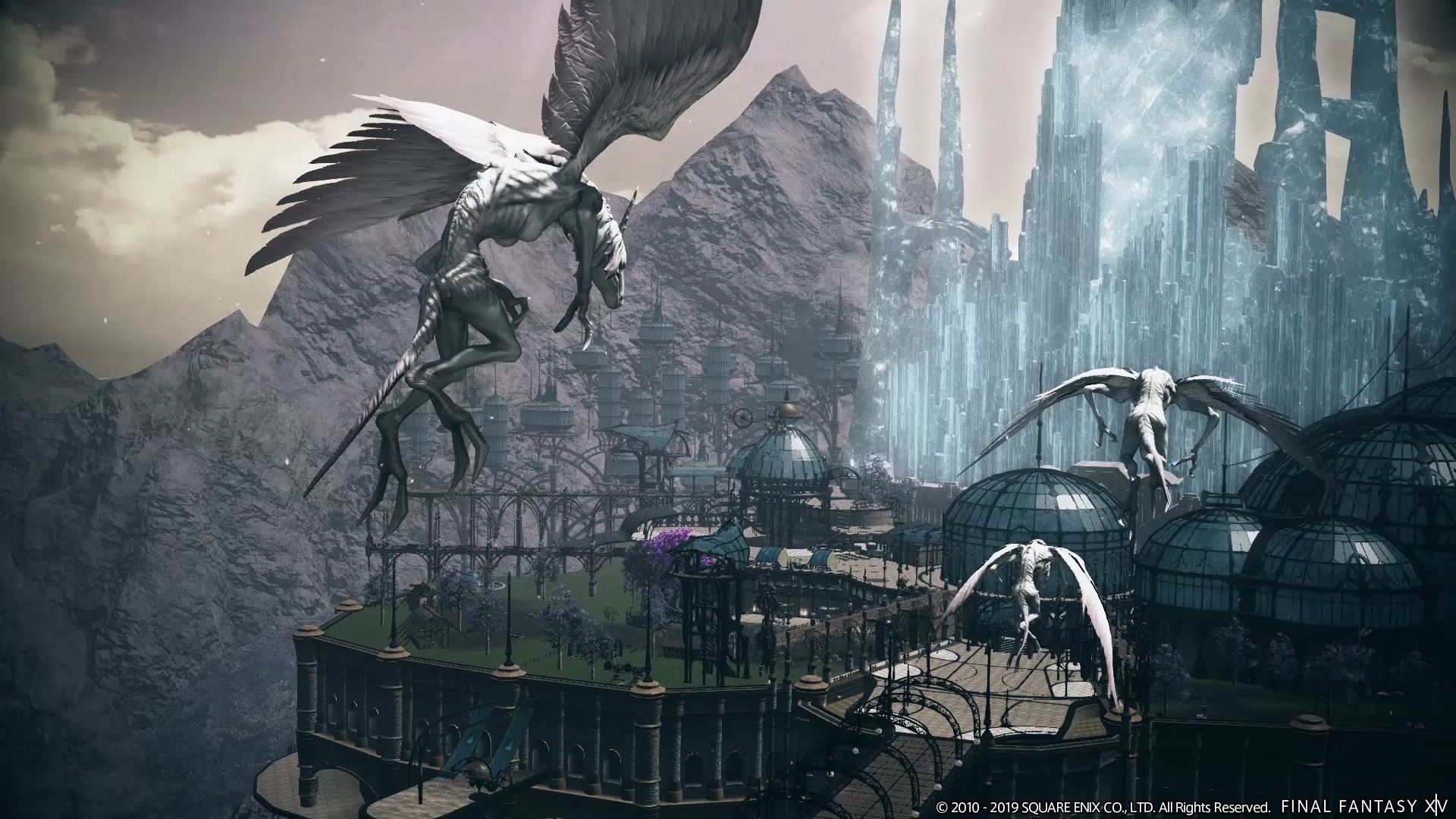 When Patch 5.1 goes live, we’ll be making a significant update to the Blue Mage that raises the level cap and adds Blue Mage specific content where you can team up with four other Blue Mages and go into specialized content. There’s going to be plenty of content for Blue Mages to team up and play together.

Finally, as for additional limited jobs, the possibility is always there. Unfortunately, I can’t tell you about when or if any more are happening. For now, we encourage players to try out the Blue Mage and enjoy it. 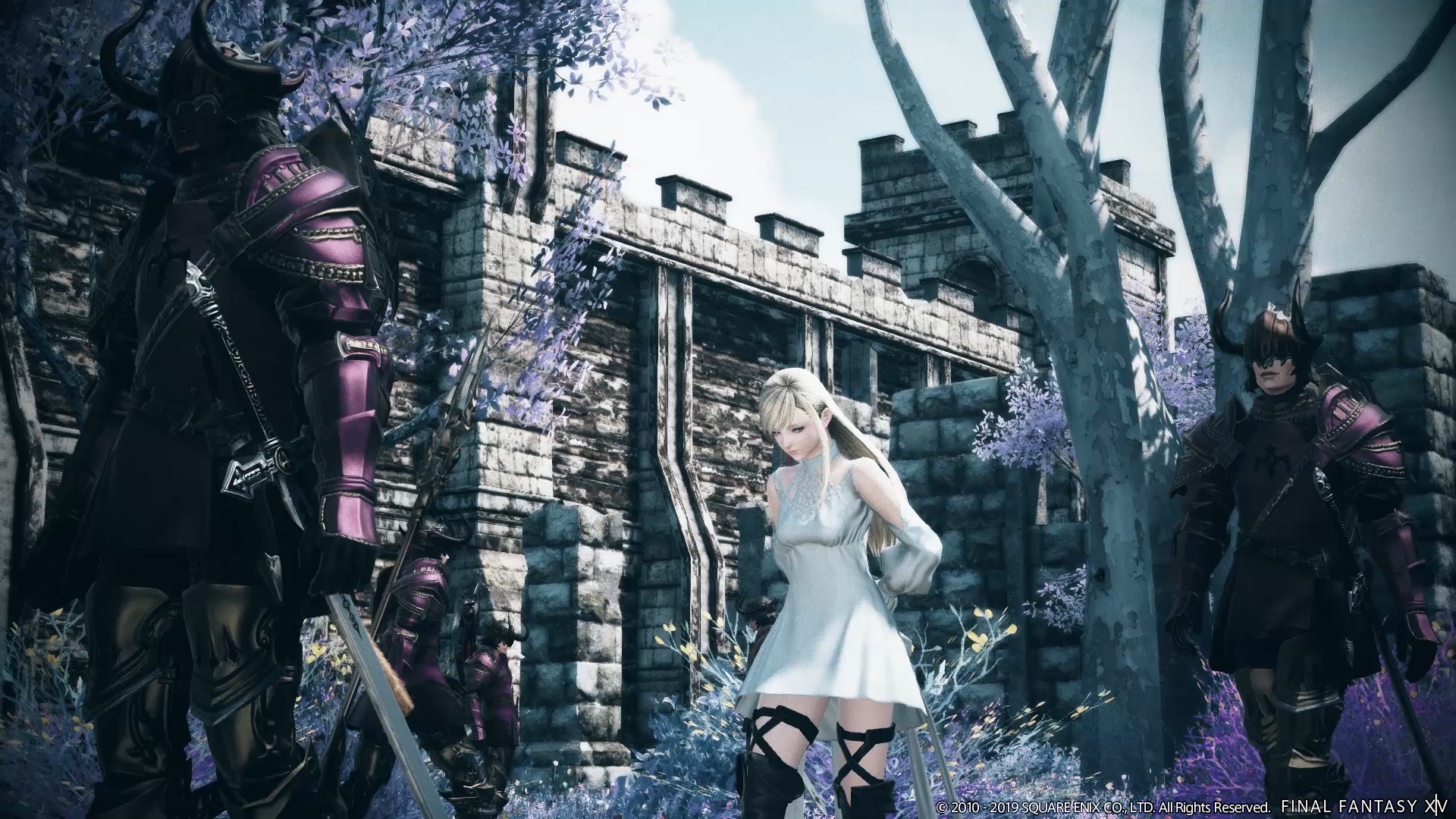 Final Fantasy XIV has a large and passionate community that have a lot to say about the game. How does the community help you shape the game?

It’s quite a complicated question to answer, because there are different facets of how we incorporate community feedback. It sort of ties into what we consider feedback. For example, player usability and UI, and controls. We receive a lot of feedback regarding those and for those items we do a lot of the feedback. We’re very active in trying to see what we can improve and make the game more comfortable for players to play.

On the flipside, there are lots comments that come back regarding the battle, combat system and jobs. It seems the tendency for that feedback is that each player wants their main job to be more powerful. So, if we start taking in that type of feedback then it would destroy the game’s balance. That type of feedback wouldn’t be reflected unless it is a common problem we find.

When can Final Fantasy XIV players become Warriors of Darkness?

Final Fantasy XIV: Shadowbringers is out July 2 on PS4 and PC.