EVE Fanfest is an annual event in Reykjavik hosted by CCP Games where fans of EVE Online from all over the world come together. The universe of EVE Online is harsh, cruel and one of the most brutal and predatory worlds someone could enter, though the opposite is true of the fan community when they return to Earth from their intergalactic wars and piracy. Brenton Hooper is a game designer for EVE Online and spent some time with Hardcore Gamer discussing some of the things we can expect to see in EVE Online.

[Hardcore Gamer] Can you tell us about some of the things coming to EVE Online in 2017?

[Brenton Hooper] Absolutely! To start with this May we are doing some PLEX revamping, we currently have two types of PLEX and we are going to simplify it by making it into one. We are also launching Blood Raider Shipyards in-game to create additional player vs. environment events. It’s meant to be for hundreds of players to fight NPCs. Blood Raider Shipyards will introduce some really cool new ships and it’s meant to encourage some player vs player as well. During all stages of the fight anyone can come in so you might not just be fighting NPCs but other players as well. This is part of push for more dynamic and reactive PVE and we hope to use the system we use for this particular feature to be used for other features in the future. In winter we are doing a big push for new content, specifically in high security space and we’re also launching brand new structures called the refineries that we use to mine moons and get resources which is changing the way people play. The way to get resources is very passive with no craziness around it. The new way is you mine the moon with this structure. You set up the structure to mine and over a period of time the resources will explode out of the moon and then you would have to collect them. The resources can then be collected by anyone so defending these resources becomes part of the game.

What led to this new dynamic?

We wanted more bottom up income and more people involved. Before the moon income was very static and then there is no more interaction besides just clicking on the moon and collecting resources. We wanted to make this process more interactive and involved, so you would set up your miners as well as your fighters to defend it. Now a crew could go out and find some miners and be like I’m going to pick some dudes off or go ransom some guys or just steal their resources.

The point is to have these social interactions, whether I am just going to mine with some mates and I’m having a cool time or I need to defend myself from pirates or we can go and try to raid this. We aren’t telling players how to use this, there is nothing telling players they can’t set up a powerful group by refineries and then basically rent out the mine by saying hey you come at this particular time you give us 5% and that’s how it’s going to work and they can get income with minimal effort. It’s up to them to figure out how they’re going to enforce that but if they want to give it a go they can.

So kind of like a parallel to protection money from the mafia.

That exists in EVE totally!

That seems to be something that sets EVE Online apart from MMOs where it has its own economy and corporate structure that is incredibly ruthless and cutthroat. 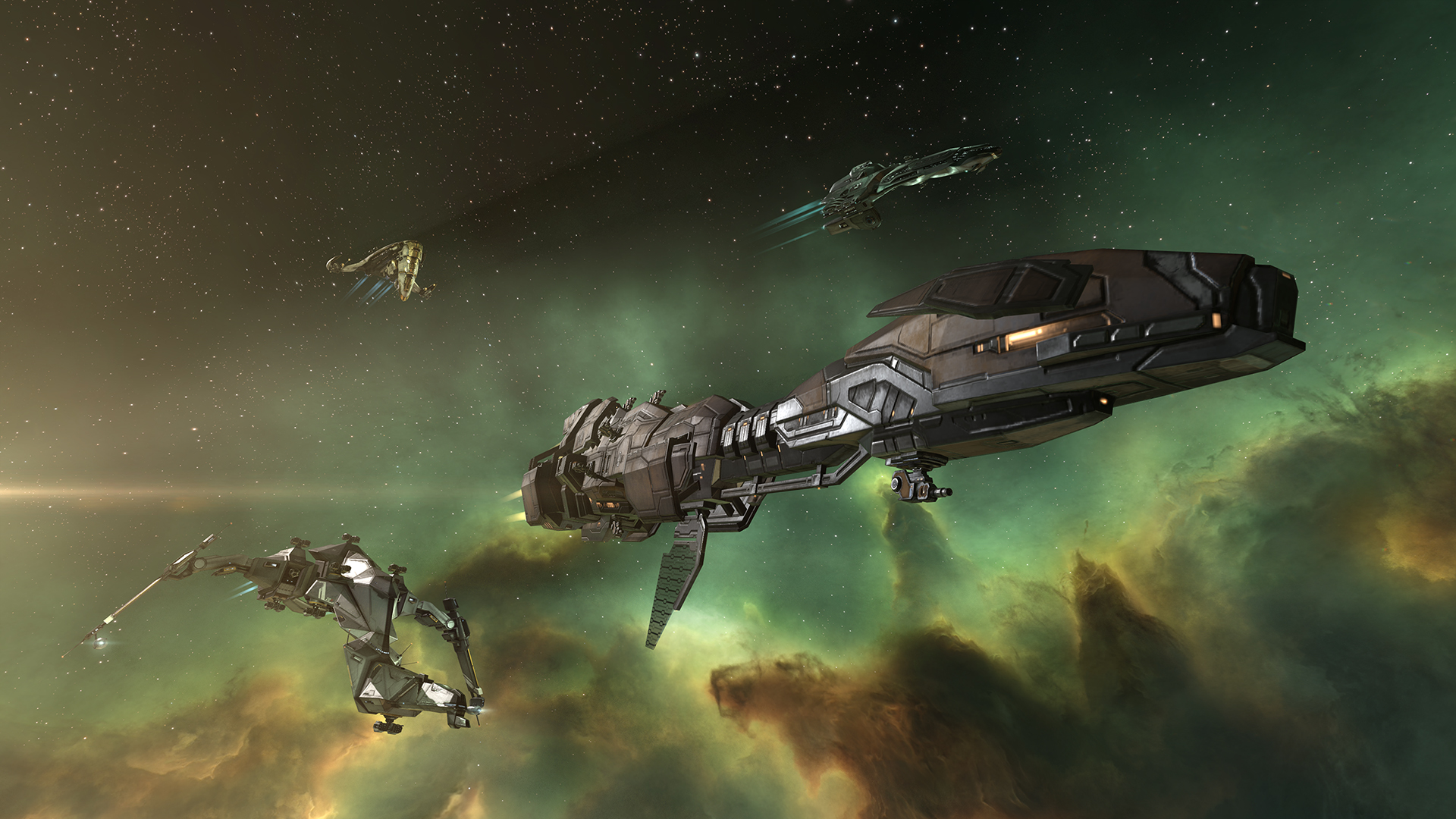 It’s interesting because EVE Online is one of the most ruthless games where people are most horrible to each other where they kill and steal all the time but you also have this annual festival where everyone comes together as friends.

I think people are able to divorce the in game actions away from the people like my character is doing horrible thing to this character but he’s a good bloke so I’ll go have a beer with him. The more people play the more they can easily divorce themselves from the two sides of the game. There is this story where there was this new player corporation that was exploiting new players and they were getting them in good places to make money but made an extremely high tax rate. An experienced player joined this and realized what was going on and thought this is really exploitative so he went and talked to a whole bunch of other player alliances that were all in bitter war with each other but they came together for this messy evacuation operation, they came in saying they are disbanding this rubbish, everyone is free to join any other corporation they want but this is coming to an end, we have escort fleets so you can get your stuff and safely get back to high security space, and this was all done by people who were actively at war with each other working together. That’s some of the cool stuff that comes out of this game. I have no idea how that happens.

When EVE was first being built was it designed to mimic corporate reality like it does or did it just evolve into that organically over time?

I don’t know exactly but I think it more happened naturally over time. In the beginning they sold the components that were needed to build the ship but then they removed that once people started that. Some things could only be bought from our NPC stores but more and more things are able to be bought from the player corporations, and there seems to be a move to make everything be able to be player supplied. And corporations could do a number of things like try to monopolize the supply of an item or flood the market with something if they want it to be cheap. This is a sandbox and is intended to be manipulated and have weird things happen within it. 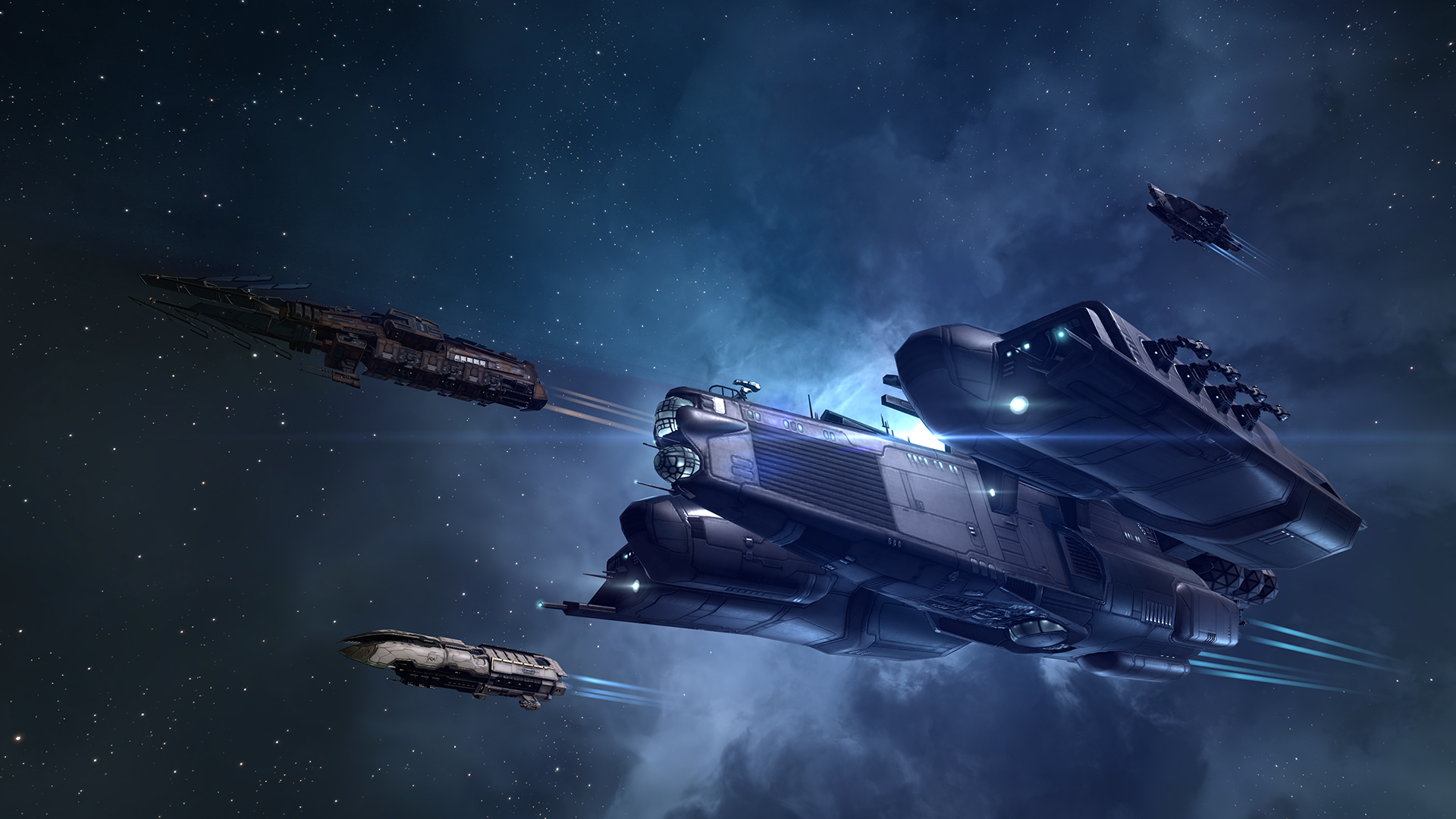 What are some the biggest challenges with developing EVE?

One of the biggest challenges is making it accessible. We are trying to make it more accessible, but that is a very difficult design challenge with how the game is structured. I think we can do things like lowering session times or giving some purpose. The classic example is Civilization V where it’s like oh I’ll play one round and next thing you know hours have passed and it’s 3:00 am and you’re like oh (nuts) but you need that one turn hook where you can make a bargain with yourself and be like okay I’ll get in and do this one thing. EVE doesn’t do a great job where you can just jump in and do one little thing. Not that you have to hang around or do one more turn but that potential is there and we’re trying to work that into the winter expansion with the changes that we are wanting to bring to high security space.

Can you discuss some of the changes that are coming to high security space with the winter expansion?

Sorry, those changes are still under wraps.

What are some of the ideas being tossed around so people can just jump in and out?

Mostly those are still just abstract ideas. We tried some things like the first kill of the day got you 10,000 skill points about a year ago, maybe six months ago, and the idea was you jump in, kill an NPC, get some skill points and quickly get out and it could drag into some more game play or not. It was meant to give an incentive to do some quick gameplay but it didn’t have a large impact on player behavior so we decided that option didn’t really work for us but we’re still exploring other options in space.

The opening ceremony yesterday mentioned there were some new AI behavior patterns coming to EVE Online. Can you elaborate on that?

We got our inspiration for how the new AI behaves from players. I used to be a player before I was a developer for EVE and we’re basically trying to mimic their tactics since they seem to work quite well, so essentially were just programming the NPCs to follow the more effective combat strategies we’ve seen from players. 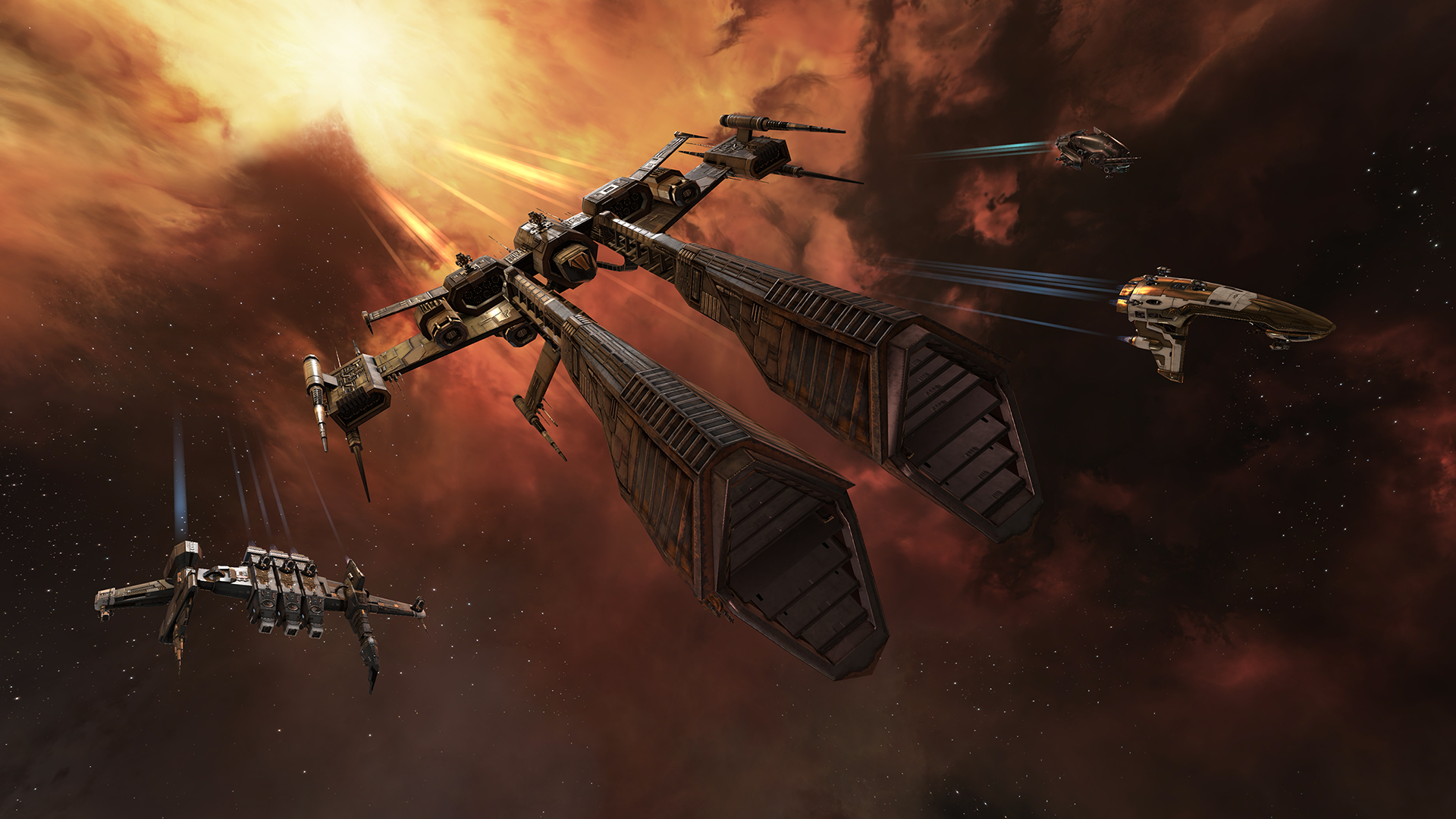 CCP seems focused on VR at the moment with their other games. Are they any plans to incorporate VR into EVE Online?

No plans currently but never say never. It would be difficult with the incredibly complex UI, but if you cut out all of the external things like market and inventory it would work well for just flying the ship. Like I said there are no plans currently but it is something I would like to explore. It would be a really interesting design challenge; we could give it a try. I think parts of the game would totally lend itself to VR, but other parts wouldn’t like the multiple menu windows, but nothing is being worked on at the moment.