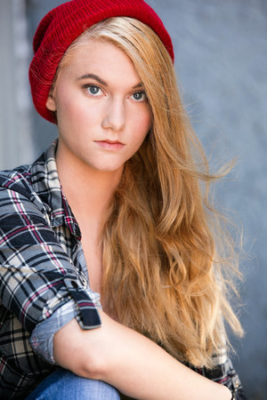 Hailey Hayes, 20, landed her role in Before the Storm at the age of 19. Credit: Hailey Hayes

Chloe Price and Rachel Amber’s relationship might have taken center stage in Before the Storm’s story, but that is only one of Life Is Strange’s strengths. Its supporting characters are fundamental to the Life Is Strange universe, bringing the town of Arcadia Bay to life through each and every interaction. Not every character shares the same amount of on-screen time as Chloe and Rachel. There’s also the fact that not all characters might have the same fan-favorite effect as others might do on players. Samantha Myers, one of Blackwell Academy’s students, continues to re-emerge in Before the Storm’s three-episode narrative, whether it’s providing a supporting role to Chloe or, in fact, playing a crucial part in the hot-headed Nathan Prescott’s backstory.

Hardcore Gamer had the chance to sit down with Before the Storm actor Hailey Hayes, who voices Samantha, for an exclusive interview. We spoke to Ms. Hayes about how she secured the role of Samantha, the importance of female characters in the Life Is Strange series and what it was like to work on her first major title in gaming.

[Hardcore Gamer] How did Hailey Hayes end up landing the role of Samantha Myers in Life Is Strange: Before the Storm? Prior to the actual audition, were you familiar with the Life Is Strange series?

I self-submitted myself to Life Is Strange under its code name. I had no idea what the project was really called. At the time, my car had been stolen and the day of the audition was also the day right before a big trip I was going on. So, I had to lug my big purple suitcase into the audition room and awkwardly be like, “Hey, sorry about… this stuff.” Luckily, Phil [Bache] was really cool about it and was like, “Oh, don’t worry. I have stuff, too.” He gestured towards the sound equipment and I immediately felt at home. I actually read for the role of Victoria [Chase], though I didn’t know that was the character I was reading for at the time. Then Phil suggested I read for another character and I guess I must have done something right because I booked the job!

I’ve actually been a fan of Life Is Strange since the end of 2015, so since almost the beginning. I can’t tell you how much of a dream come true it’s been to be in a franchise that I’m also a fan of. 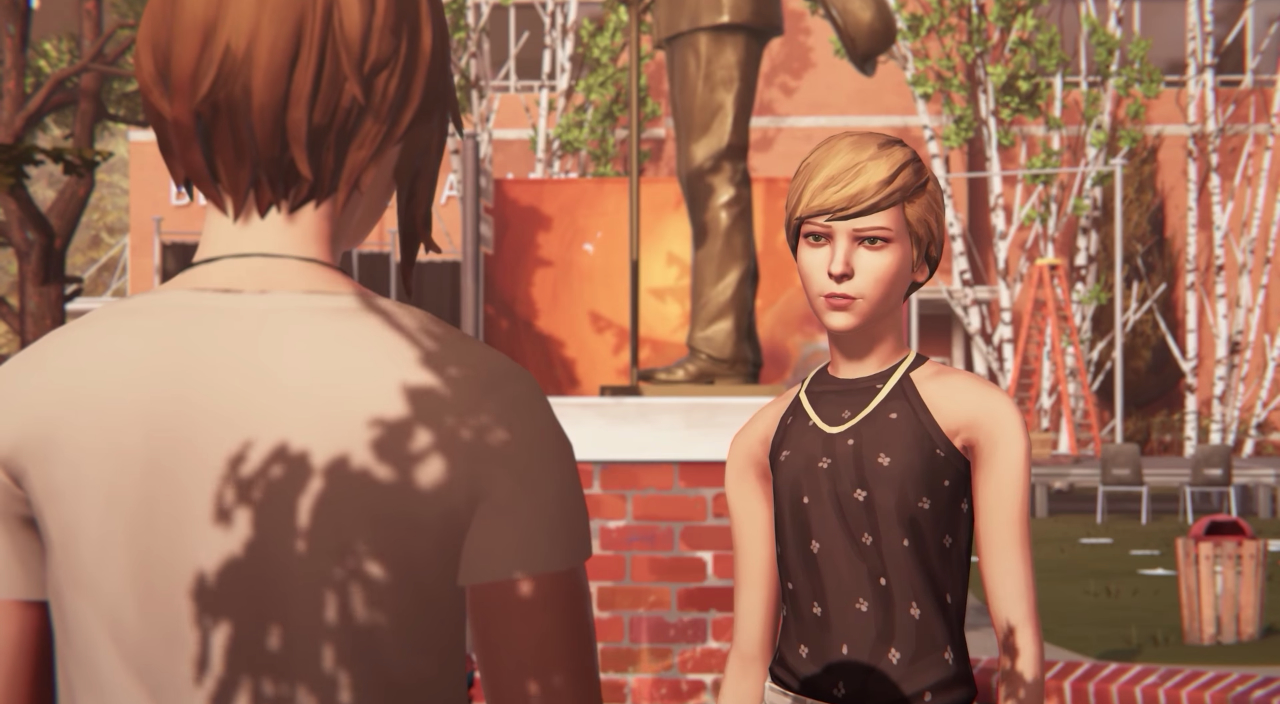 Victoria speaking to Chloe in Before the Storm Episode 1: Awake.

Considering that this was your first major role in a video game, how did the development team at Deck Nine help you bring out the full potential in your voice-over work?

I feel like all credit should go to Phil Bache here. He is an unbelievable voice director. He’s just able to pull emotions from his actors in such a purposeful and unique way that makes the situation so real in the booth.

Okay, so you walk into the studio ready to record your lines for Samantha. Take us to that point in time, tell us how you had prepared for the role and what kind of mindset you’d have when voicing her.

To help prepare for the role, I watched playthroughs of the first two episodes of Life Is Strange — Episode 1: Chrysalis and Episode 2: Out of Time — to get the tone of the game (I watched two and then one more episode for the following two sessions). I did the standard role work [for Samantha], coming up with a background, favorite colors, etc. I also analyzed the script as much as I could and practiced the lines the night before. Oh, and I did all this the night before recording because I had only gotten the script of my Episode 1 scenes the night before. That was also the same moment I saw “Chloe” and “Blackwell” and realized what project I was working on. 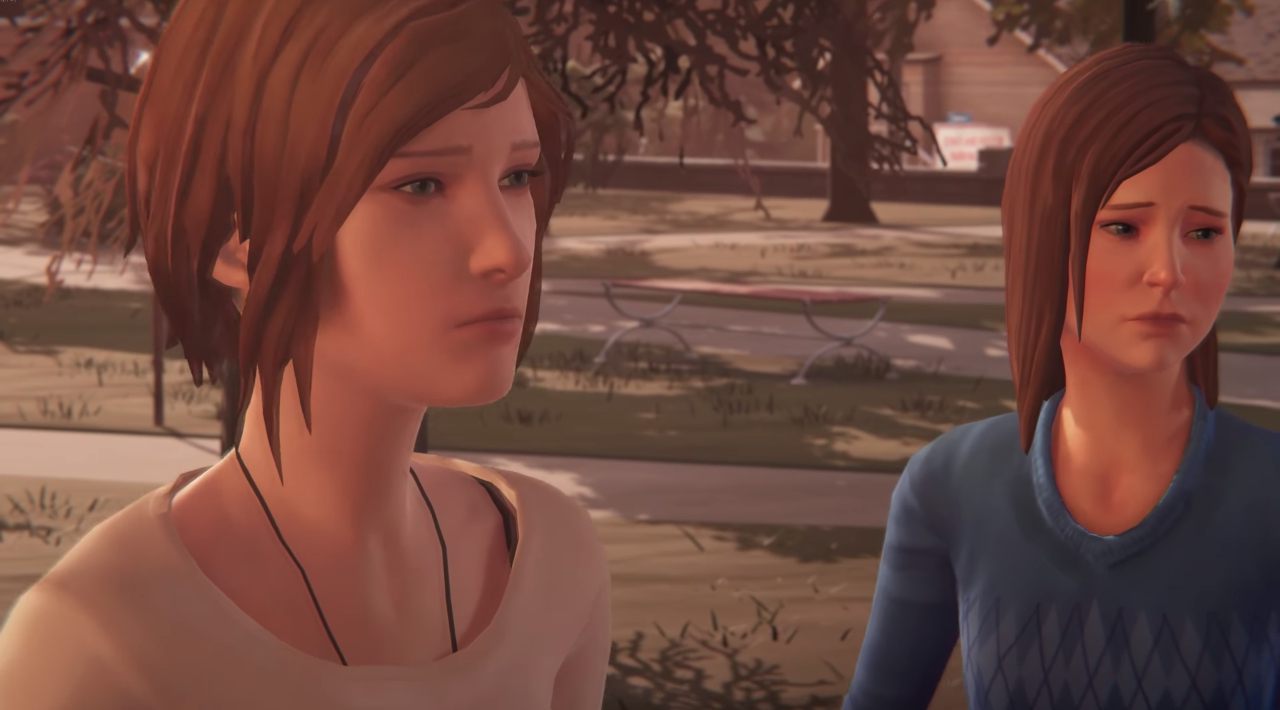 Chloe and Samantha in Before the Storm Episode 1: Awake.

Before the Storm, much like Life Is Strange, has featured a wide-ranging cast of supporting characters across its narrative. Not all of them share the same amount of on-screen time as, say, Chloe Price or Rachel Amber. With Samantha, were you at any point worried that she might not have the same impact as other characters due to the amount of time you had to voice her?

I was actually extremely nervous for the game’s release. I had a lot of unconventional fears Samantha would be taken out of the game entirely or would be hated by fans, but whenever I felt this way, I would remind myself that no matter what I was fortunate enough to be part of Life Is Strange and that was something beyond my wildest dreams. In the end, I had trust that the devs were going to make an amazing game and the fans would react accordingly. I am so glad everything turned out positive and that I really had nothing to worry about.

I’ve actually been a fan of Life Is Strange since the end of 2015, so since almost the beginning. I can’t tell you how much of a dream come true it’s been to be in a franchise that I’m also a fan of. -Hailey Hayes

The Life Is Strange series is one of those examples where it’s filled with a rich, vibrant cast that are both female and diverse. In an industry where both female representation and issues relating to diversity are common talking points, were you surprised with the overwhelming female presence in Before the Storm?

Since I am a fan of the original game, the female presence didn’t surprise me at all, nor did the LGBT relationship between Rachel and Chloe, which I felt was pretty heavily implied within the first game. We also can’t forget the character of Steph [Gingrich], who’s a very open lesbian, which I thought was a great addition to the cast of characters because a lot of times there are only two queer characters. The gay girl and her love interest and that’s it. They’re the ‘gay ones.’ Adding Steph to the mix truly fleshed out the world and broke that trope magnificently. I think Deck Nine did an outstanding job adding representation into this game. 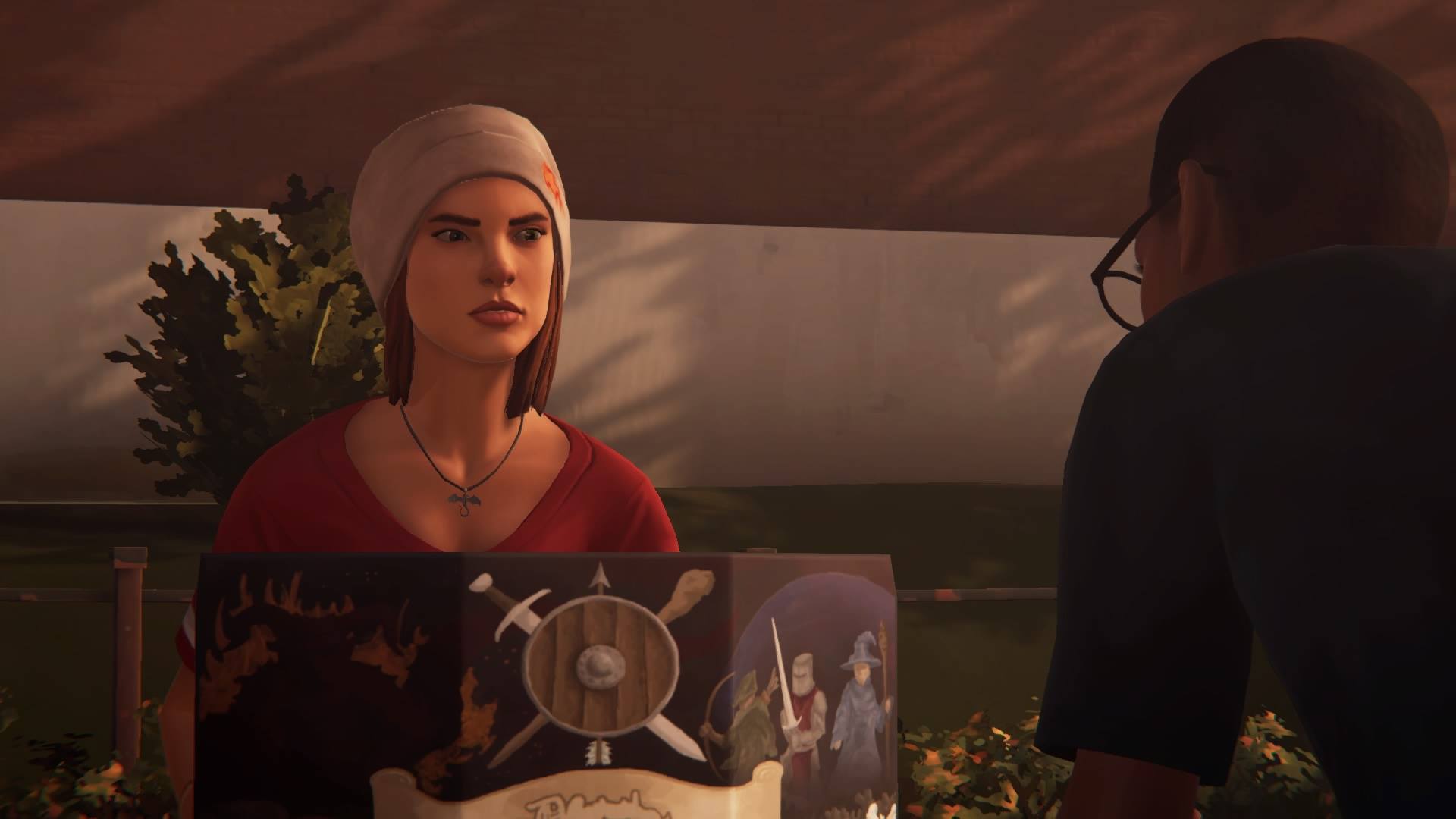 Steph, voiced by Katy Bentz, in Before the Storm Episode 1: Awake.

Your character has a very important scene in Episode 3: Hell Is Empty, yet some people might not have triggered it when they were in the hospital or it may not have happened based on the decisions they made over the course of Before the Storm. What were your initial thoughts when you found out that violence towards Samantha could be an integral part of her story?

Since I was never given the full versions of the scripts, I was very curious to find out what — or who — could have caused Samantha to break her ribs. I thought maybe something was going to happen at the school, but my guess was as good as anyone else’s.

I did the standard role work [for Samantha], coming up with a background, favorite colors, etc. I also analyzed the script as much as I could and practiced the lines the night before. -Hailey Hayes

So, you don’t think that Nathan Prescott was responsible for Samantha’s injury? That’s what many fans were quick to point to, especially with what they saw of Nathan in both Life Is Strange and Before the Storm.

In the ending with both Nathan and Samantha together, I think the injury was Samantha’s own fault, but it’s hard to say about the other scenarios exactly what happened. I’ve definitely loved seeing the fan speculation.

This interview continues on page two, as Hailey Hayes reveals how her personal experiences related to different characters from Before the Storm, why she and Samantha share a physical resemblance, her favorite moment from the title and her thoughts on issues affecting female actors.