Call of Duty 4: Modern Warfare changed everything when it launched back in 2007. Both it and its sequel, Modern Warfare 2, revolutionized how we enjoy multiplayer games. Though not perfectly balanced, both titles gave players the weapons, perks, maps and killstreaks to create a rewarding gameplay loop that kept players hooked for years. With such a storied legacy, we got to sit down with Joe Cecot, Multiplayer Design Director, and Ben Garnell, Expert Weapon Artist, to learn how Infinity Ward is approaching Modern Warfare’s multiplayer a decade later.

[Hardcore Gamer]: Since the release of Call of Duty: Ghosts, the gameplay has been quite fast-paced. Even boots-on-the-ground titles like WWII and Black Ops 4 are extraordinarily fast. Modern Warfare, however, really slows it down. What made you want to return that type of pacing?

Joe Cecot: It’s us really getting back to Modern Warfare and reassessing where we’ve landed as a franchise. A big part of it is that we want to make the game more approachable for different playstyles. We were worried the series was getting to a point where it was the run-and-gunner who would always win. As you increase the time-to-kill, you have this problem where super-fast players can quickly turn on not as fast players and finish them off. We really focused on making the game more approachable. You can still move quickly, but you can also play the game tactically now. It’s about creating a different experience and bringing in more players.

Ben Garnell: The changes are a departure from recent entries, but it really makes it feel fresh and nostalgic at the same time. 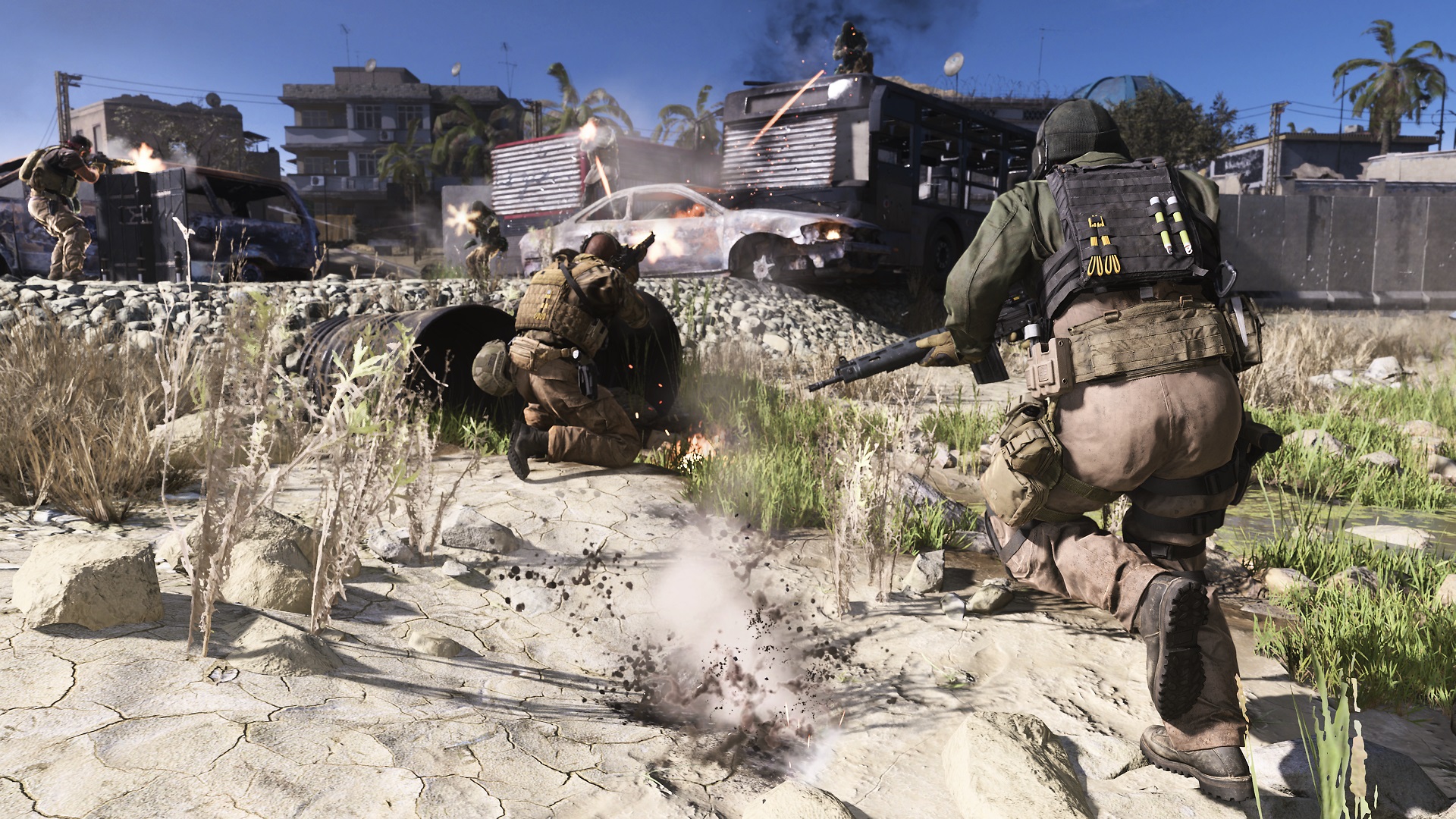 One of the benefits of your three-year cycle is that over the past two years you got to watch Sledgehammer and Treyarch launch their games. You got to see all their struggles and how they strove to fix them first-hand. Are there any lessons you’ve taken from their struggles to better prepare Modern Warfare for launch? 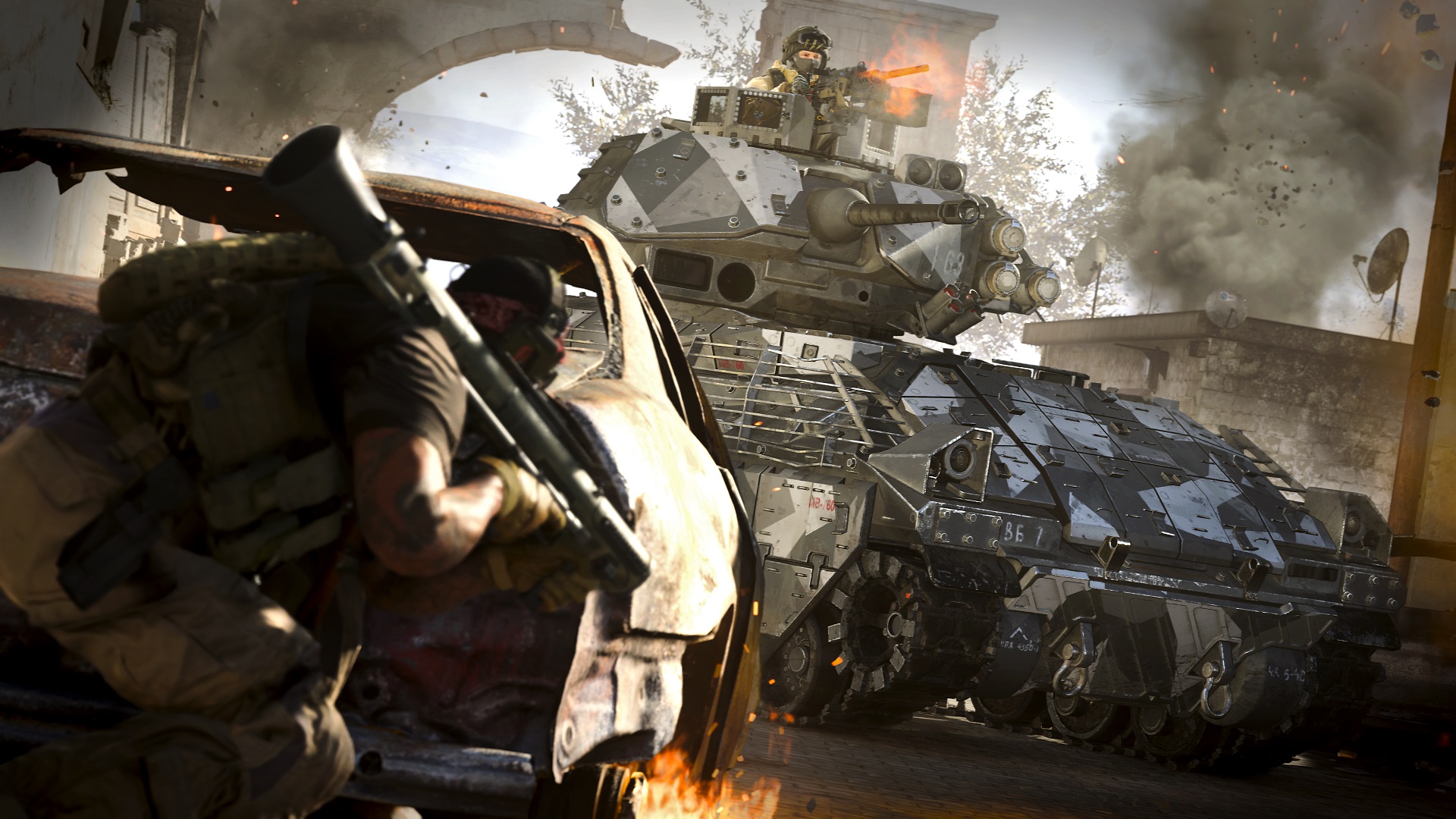 Map design has evolved quite a bit. Recently, Call of Duty games have focused heavily on delivering three-lane map designs. Here, you’re trying to get back to original Modern Warfare-like designs where things were more open. At the same time, there’s the risk that you end up with maps like in Ghosts where it felt like there was no flow. How do you balance that open feeling with a three-lane design?

Cecot: With this game we have Geoff Smith. He designed the majority of CoD4 and MW2 maps and he’s very much a master of his craft. He strikes a good balance of making a map with lanes, but then disguising then. When he came back to Infinity Ward, he talked about how they looked at Team Deathmatch and how you could design a map to give it organic objectives. He talked about Quake and how those style of games had weapon pick-ups. When Call of Duty decided to go to loadouts over weapon pick-ups, we removed the power weapons and purposely made asymmetrical maps with power positions to replace them. That’s what players fought over. That’s how they created organic objectives.

We also just build a variety of maps. We have the Flash Maps, the mid-size maps, and the big maps that support the large player counts. There’s going to be a lot for players to enjoy. 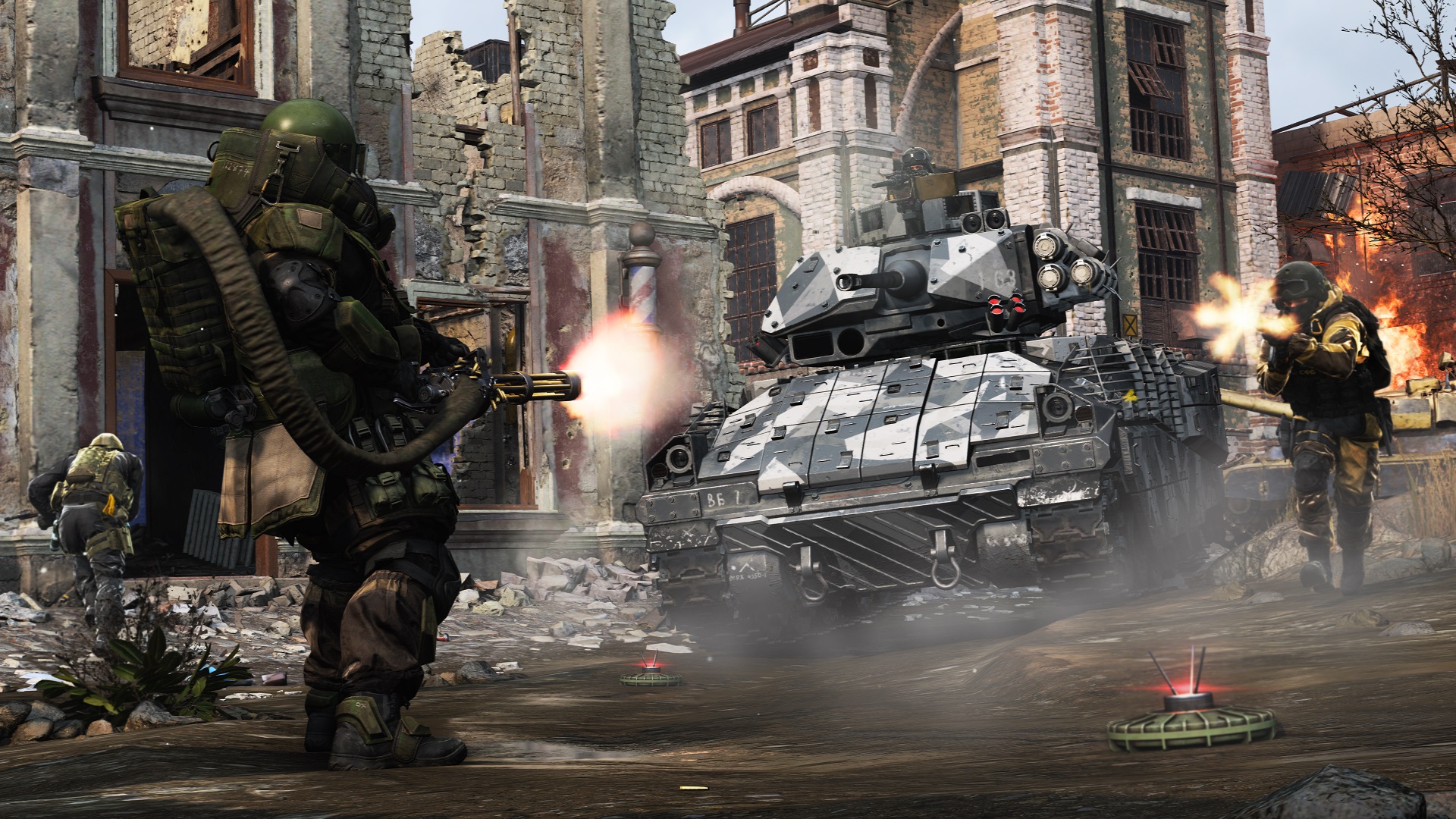 Well, let’s talk about that free content. A trouble lots of live service games have is getting meaningful content out to players in a timely manner. For example, it took about six months for Battlefield V to get a single new map. What’s your post-launch schedule going to look like?

Cecott: We don’t have an exact schedule yet, but we will have a healthy cadence of content. We know the majority of our players come in and play early on. We want to reward them when they walk in and reward them as they continue playing.

Garnell: At this point, we want to make sure there’s enough content on the disc to keep players excited.

Call of Duty: Modern Warfare is out October 25 on PS4, Xbox One and PC.