Dinosaurs, much like zombies, have become an all-too-familiar trope in popular culture. That’s not to downplay their value and appeal to modern-day audiences. From Steven Spielberg’s Jurassic Park capturing the heart and imagination of moviegoers in 1993 to Resident Evil creator Shinji Mikami ushering in a nightmarish, surreal experience in the form of Dino Crisis, dinosaurs have absolutely had their high points across all forms of mediums. As much as dinosaurs are a common sight, so is the open-world format that many developers now place at the foundation of their titles. Mixing dinosaurs with the sandbox experience is a risky move to appeal to a far-reaching audience. It’s not stopped some studios from trying it anyway, with some notable success to come from it, too. That’s exactly what Studio Wildcard did when it released the action-adventure survival title Ark: Survival Evolved last year. 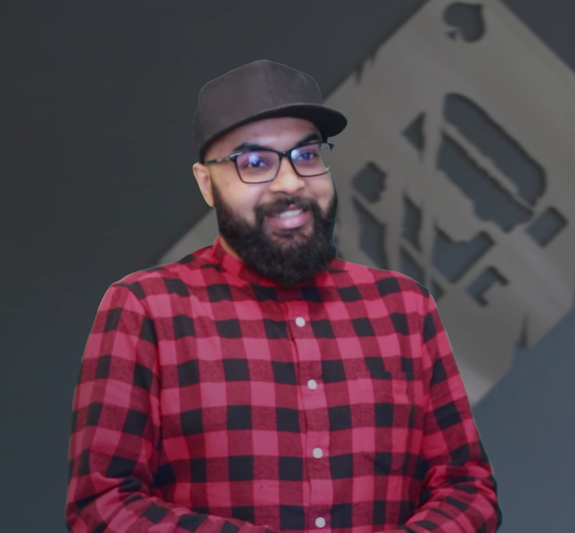 Survival Evolved thrives in its open-world format, placing players on an island against a wide range of dinosaurs and other creatures. Players will also need to avoid natural hazards on the island, along with other human players that pose a threat. Catering to both the single-player and multiplayer audiences, Survival Evolved is an experience that has drawn many players into its expansive, immersive world of adventures. It’s unsurprising that Studio Wildcard believes that Survival Evolved has more potential than people would offer it. The studio has continued to support Survival Evolved beyond its launch with DLC, prolonging the longevity of the title for its core fan base.

[Hardcore Gamer] How was the concept of Ark: Survival Evolved conceived? Was there any specific inspiration that was used in the core development of the title?

It would be pretty fair to say that, as children, we all dreamt of days where we would ride dinosaurs, have giant fortresses and be able to explore a mysterious world.

Ark itself moved pretty rapidly from conception to being available on Steam Early Access. During that time, we felt that the survival game genre was thriving and with the upcoming release of the Jurassic World movie, it was so clear to us that a dinosaur survival game would be a huge hit.

Was it a difficult decision to release Survival of the Fittest as a free standalone title and what was Studio Wildcard’s main reason behind this move?

It wasn’t a very difficult solution once we figured out what we were working with and what Survival of the Fittest (SOTF) could have been, but it did take a moment for us to get to that stage. It initially started out as a fun mod. We made it as a total conversion to demonstrate how effective the Ark dev kit would be, as well as toy with the idea of a Hunger Games-style battle royale with dinosaurs — because how awesome is that, right? After a while, we saw that the mod was quite popular within the Ark community. It had reached pretty high numbers on Twitch (200k+ viewer debut) during tournament streams.

After a while of really considering what SOTF would need to be successful — a solid spectator mode, the ability to reward skins/awards, a different matchmaking system — it became very clear that there were a lot of core changes needed and it had to be more than a mod. Once this was figured out, it was clear we had to head in the direction of making it a standalone game and, at the time, we thought a free-to-play version with microtransactions would be the best model for the project. It didn’t take off as well as we expected after we launched, and with the booming success of the base game, we decided to bring back the team to help focus on Survival Evolved. 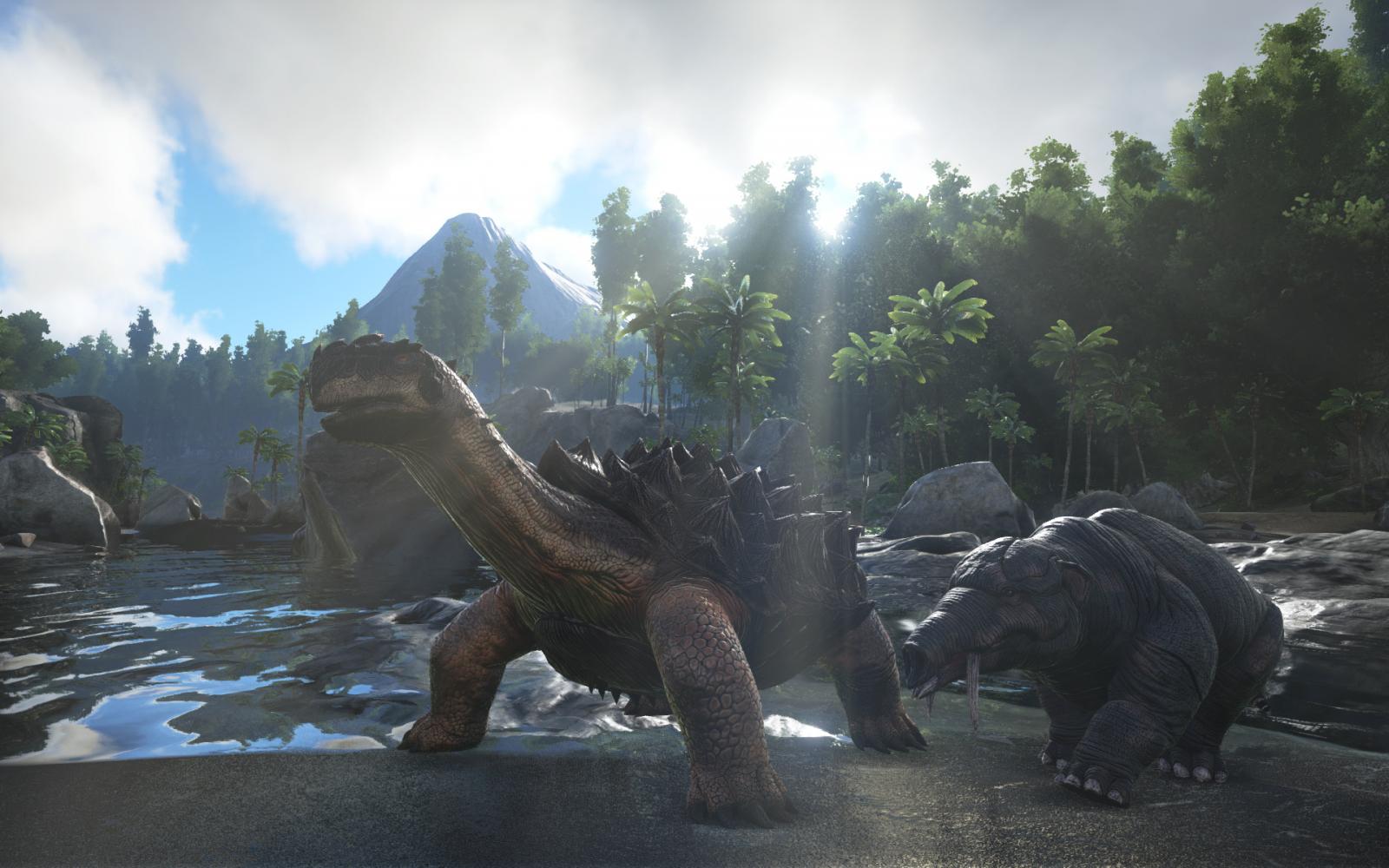 What’s it been like for the development team to see the continued innovation in console software? Is PlayStation 4 Pro and Xbox One X, especially the emphasis placed on 4K gaming, going to be a big part of Studio Wildcard’s titles, both present and future?

As developers, it is pretty safe to say we are always excited about the release of new hardware and consoles. Especially when it’s an upgrade! It’s not a secret that Ark is a very demanding game, and for the previous generation of consoles, we’ve had to tone down the visual aspects quite a bit.

In regards to 4K gaming, for developers as a whole, having the option is fantastic. Who wouldn’t want more choices and more to work with, right? Though we’re hoping that it’s not something that becomes a necessity. We decided that we would rather use the horsepower of these newer consoles to get higher-end graphics. With the release of the PS4 Pro and the Xbox One X, we’re able to turn on high-quality PC settings that we use. If you look at side-by-side comparisons between the consoles and their counterparts, you can really see that there’s an immense visual quality upgrade, especially with the Xbox One X, which blows its predecessor out of the water. It’s a trade-off that’ll have to be made and we believe that having high-quality graphics at 1440p is a much better option for a game like Ark rather than aiming for 4K.

Ark itself moved pretty rapidly from conception to being available on Steam Early Access. During that time, we felt that the survival game genre was thriving and with the upcoming release of the Jurassic World movie, it was so clear to us that a dinosaur survival game would be a huge hit. -Jatheish Karunakaran

Talk to us more about the VR support that Survival Evolved has in place. Was this something that you personally wanted to see in the title?

It’s pretty safe to say that everyone is excited about VR and what the future holds. Ark is no different. It’s a game that’s known for its artistic design and immersive gameplay and VR would just add to that. Right now, we’ve got the initial support and implementation set up on PC, so anyone could jump into the game and experience VR — it’s been there for quite a while. VR is still in its infancy and everyone is still figuring out how to get it right and working well. I think that once it’s become more established, we’d be sure to take a look at it again.

Snail Games, with our creative guidance, is also working on its own VR title, Ark Park. It’s set to release on PlayStation VR and Steam. For Ark fans that pick up a copy of the game, you can be sure you’ll run into some familiar faces. We’re very excited about the title ourselves and it’s a helluva lot of fun to play. It’ll be interesting to see how it takes off and what the response is to it. 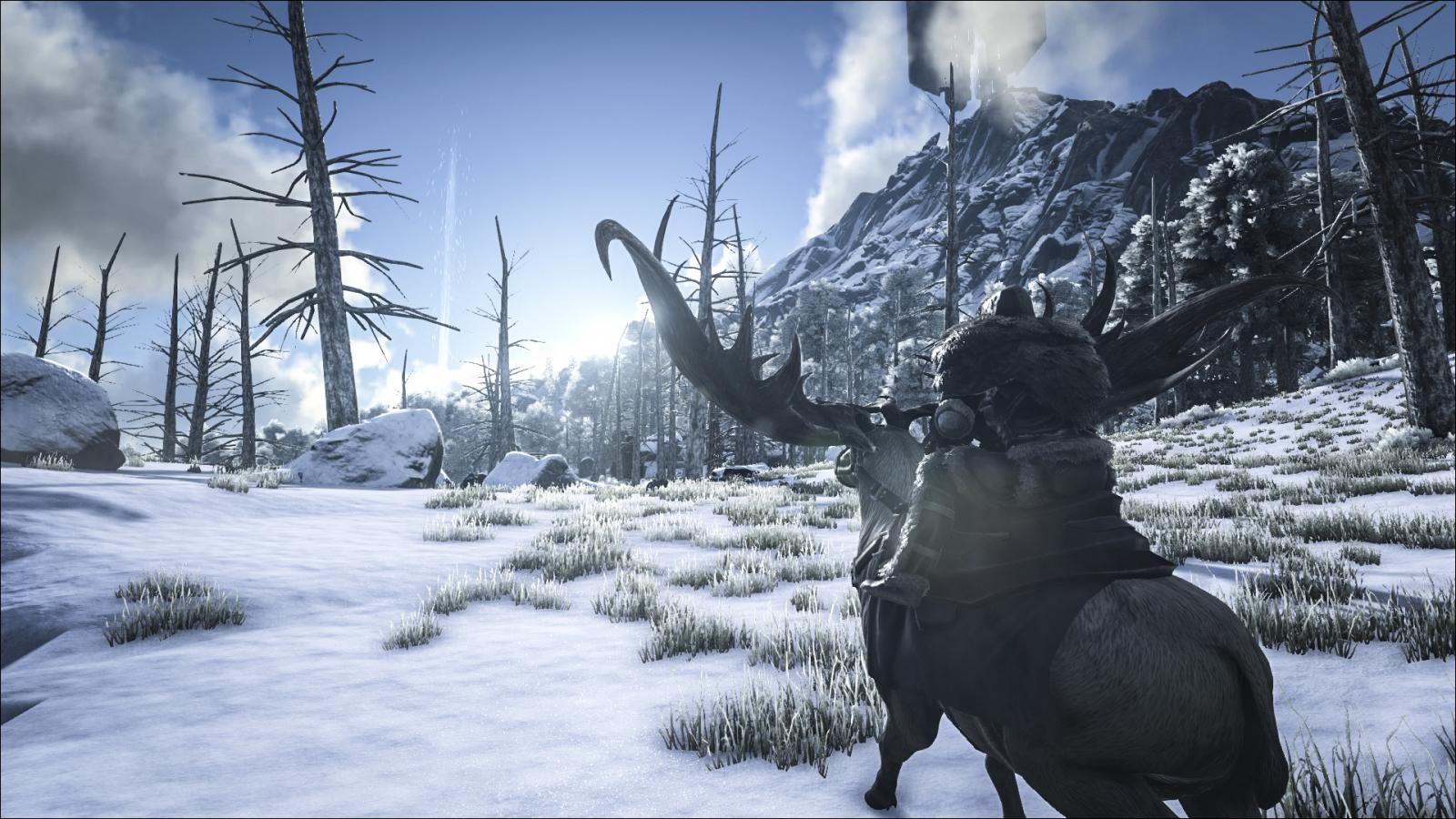 What makes Survival Evolved any different from another open-world survival title on the market?

Ark does quite a few things differently to other open-world titles on the market. One key distinction is that we create interesting and immersive social/multiplayer interaction in our game. Not only are you in an open-world sandbox environment, but you’re also there with other people who are forming tribes and battling bosses. And we’ve got thriving economies, along with inter-server (world) traveling that makes it so much grander.

We also place a huge emphasis on the individuals’ story. Players are given so many customization options, whether that’s inside the game or out. You can literally design your character, model your base and makeover your creatures right down to the last lick of paint. And let’s not forget that Ark is a true survival game and maybe the ultimate survival game. Our gameplay features environmental hazards, where the elements are always a danger, threats from predators, other players and even just playing through the story. With the launch of Aberration, you’ll discover that it’s about what it means to be a true survivor and see how far species are willing to go to secure their future.

This interview continues on page two, as Jatheish Karunakaran talks about player feedback, new updates and content planned for Survival Evolved and how Studio Wildcard attempted to handle the eSports aspect of the title.