Motorsport Games is one piece of a puzzle that all falls under the Motorsport Network. The company has multiple means of international business that all focuses on racing in general. Motorsport Games started to get in on the action with the NASCAR Heat series from 704Games, which it would go on to acquire to bring development for the game in-house. The company is now beginning to open its doors to create multiple forms of virtual racing and to also build its eSports presence. This all started with acquiring the studio behind the racing simulation rFactor 2, as the company will have access to the physics engine that drove that game. With an Indy Car, Le Mans and British Touring Car games having been announced, the future is looking bright for the company. We had a chance to speak with the CEO of Motorsport Games, Dmitry Kozko, about not only the direction of the company but the bright future ahead.

Acquiring the rFactor 2 team was arguably the first big move that Motorsport Games executed for its change of direction. We asked Kozko how this opened the door for the company going forward. “Right from the outset we recognized the need to provide players with the very best racing experiences,” Kozko stated. “As the team behind the best racing simulator in rFactor 2, Studio 397 were the kind of talent we felt would share our vision of sim racing. And so we worked incredibly hard, over many months and multiple meetings, to convince them we were serious. In acquiring Studio397, we have secured a great IP and super talented, very passionate development team for the future development of virtual racing games. We are already integrating Studio397’s technology across our upcoming console and PC product releases. Their physics, tyre model, AI… they have great technology which we combine with additional capabilities to deliver the experiences we know players want. Together we will make great things.  This acquisition had an immediate uplift to our business, we’re using rFactor as our premier esports platform which was already proven with the immensely successful Le Mans virtual held last year in place of the real event. An event that brought a lot of attention and new users to rFactor. The benefits of having Studio 397 in our family is good for us all. The Studio397 brand and rFactor Technology will play an integral role in our eSports activity, especially around motorsport IP for which we do not yet have a dedicated game.”

Motorsport Games recently acquired the Indy Car license to create a full on Indy Car racing experience. There hasn’t been an officially-licensed game in over fifteen years, outside of licensed Indy Cars being available in a few racing titles. We asked about how this approach took place. “So much of our team grew up playing some great games back in the day and as the sport has grown and started heavily engaging in the virtual space we know so well; the partnership was meant to be,” said Kozko. “Sure, this is a great business opportunity for both sides but we’re extra motivated to position INDYCAR as the premier open-wheel racing game and when you look at some of the key people making up our development team, I think it’s fair to say they know a thing or two about popular open-wheel racing experiences. I want to also relay just how collaborative INDYCAR has been and continue to be around this project — working together to bring this great series back to huge gaming audience is something we’re so excited to deliver and when the IP holder is as heavily engaged as they have already proven to be, it just accelerates the entire project.” 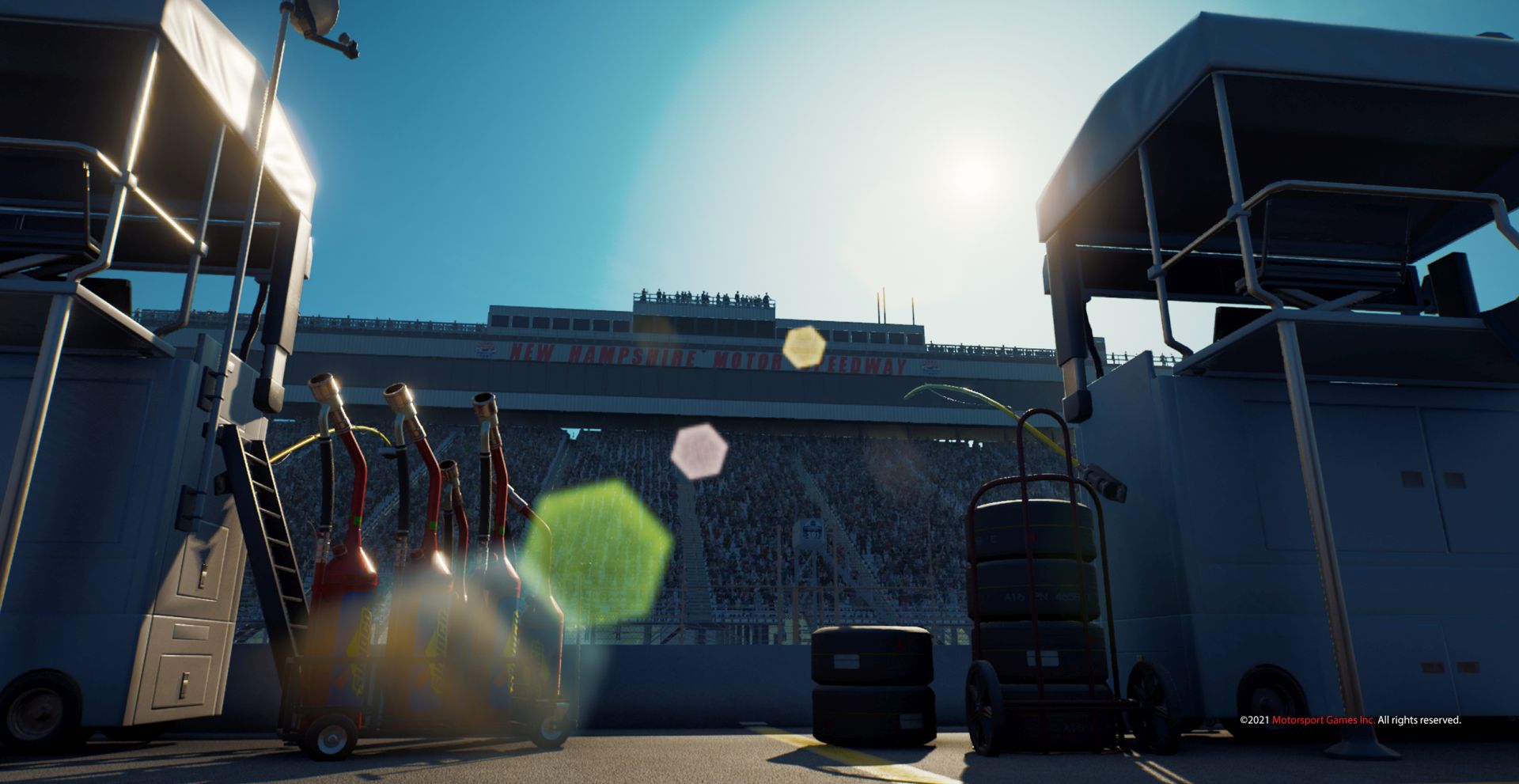 The company is also growing in other directions in terms of offering racing titles. A Le Mans title is in the works, and more would go into offering this experience due to the different classes and variations of cars. We asked about the potential design process for this, with Kozko going on to say, “Great question and one I remember talking about with our team as we discussed differentiating our racing experiences. Yes, we want and need to harness our investment in racing games, but each product has to have its own identity. With Le Mans, we’re faced with a very interesting opportunity and one we believe is closely aligned with where we expect virtual racing to go, over the next few years. Most automatically assume any Le Mans game is destined to be a single race event over 24 hours. There is going to be a focus on fidelity of simulation for this product, it is our study level product that will still be made accessible so as to harness the team element necessary to tackle a challenge like endurance racing. This will promote the social elements we believe missing from today’s racing games. If you want to conquer the world’s toughest race, you can’t go at it alone!”

While Motorsport Racing first embarked on the NASCAR Heat series, the company has decided to reboot the series. The first game will simply be titled NASCAR 21 and it will include the physics engine from rFactor 2. We asked about the implementation of the engine and if the team would have to retool everything for the new cars coming to the series next year. Dmitry said, “Yes, our upcoming 2021 NASCAR title will feature rFactor’s physics engine and we have already begun work on updating the elements necessary for the next generation car that we plan to bring to market in the 2022 NASCAR title. You only need to turn one lap in the new NASCAR game to realize we’ve turned a page. This is at the heart of everything we’re doing and each iteration will grow in features but at its core, this is an entirely new driving and racing experience that we know our existing Heat fans have been calling for. We’re building the future of racing games and expect the investment and meticulous vision we’re employing to our efforts will provide something special.” 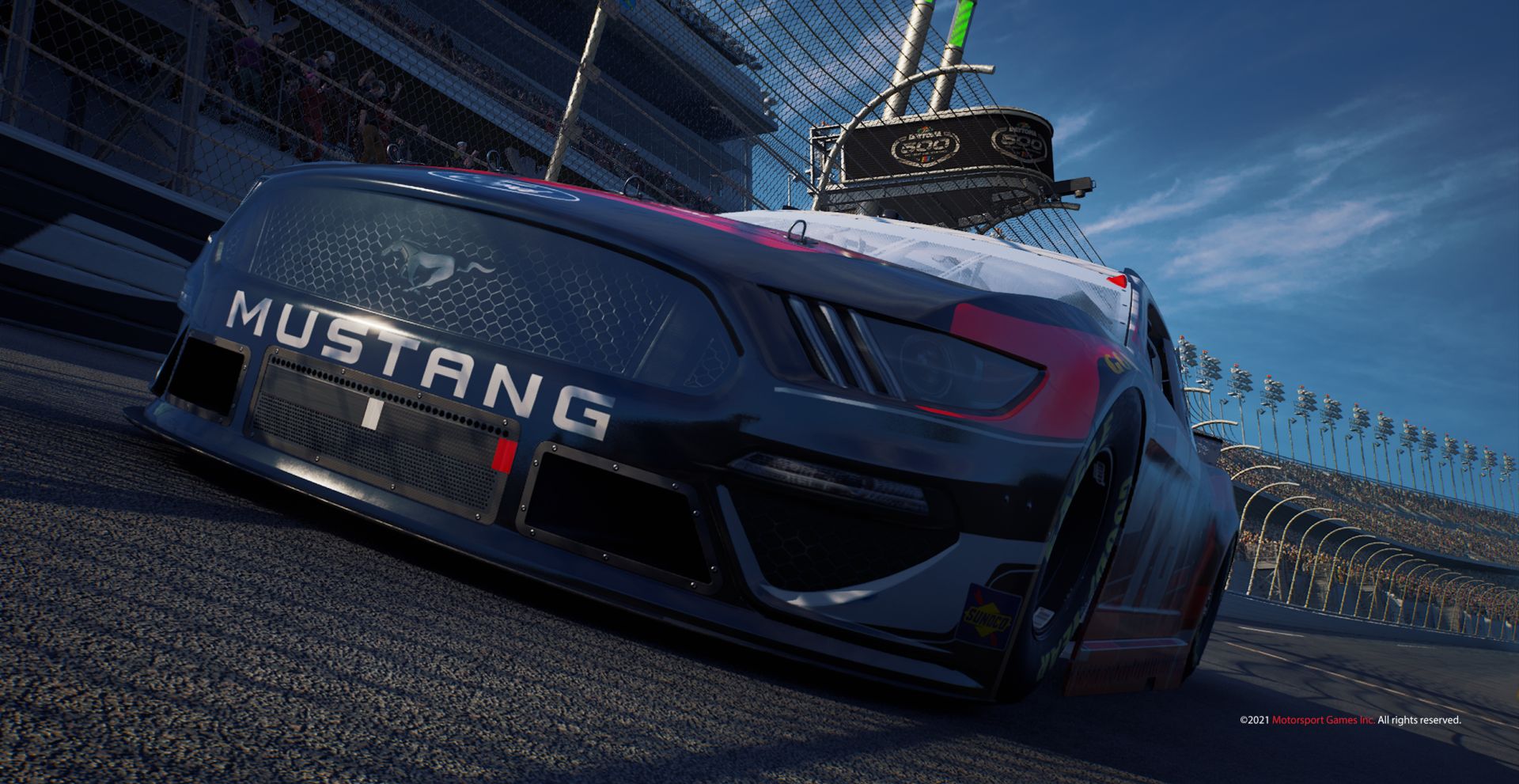 With all the licensing being acquired, it makes one wonder if Motorsport Games would offer an all-in-one experience. Series such as Gran Turismo offer multiple ways of racing and we asked Kozko if there are long-term plans to compete with that series. “Gran Turismo started a few years before us so we’re not looking to get into the same market, just yet! Right now, we’re focused on creating a household brand-name for dedicated racing experiences for each of the long-term world-class IP we hold – NASCAR, INDYCAR, Le Mans and British Touring Car,” said Kozko. “These alone provide Stock Cars, Open Wheelers, Endurance and Touring Cars. We think that’s quite the set of racing experiences. We need to do these series justice before we turn our attention to an all-in-one. And to be honest, one of the reasons we have been able to persuade the aforementioned series to partner with us is that our focus on excelling with individual experiences is what is missing from today’s market. Too many racing products collect licenses and force them into a watered down ‘game’ which is not what we’re about. That’s not to say we’re not already planning ahead, but our future ambition requires that we deliver on today’s products and that will keep us busy for a while!”

Motorsport Games has acquired an establish footing in the eSports industry. There are other titles that are further ahead, but the acquisition of these league licenses begs the question about these games becoming the official games of their respective motorsport. This would include broadcast television options. We asked Kozko about those long-term goals with the eSports division. He stated, “We might be a relatively young company compared to some of our competitors in this space, but we’re already heavily involved in the racing eSports scene and many of our team had experience prior to the formation of Motorsport Games. We have a long-held belief that in order to accelerate the virtual racing space, we had to drive the advancement of games, racing eSports, community and the combined entertainment these elements provide. We decided early on that we couldn’t wait for things to grow organically and that’s why we choose to operate in multiple areas. If we’re going to change the industry for the better, we want to bring the ecosystem together for the benefit of our players. In-turn this makes it that much more professional and reliable for broadcasters and sponsors. We think the future is very bright for virtual racing and we sincerely hope the community of today and tomorrow will support us on this journey.”