Final Fantasy XIV: Shadowbringers shook up the MMORPG space with not only its phenomenal story, but the various other elements that came with it. This included reworks to all the jobs and roles, not to mention some of the best post-game content available, be it raids or crafting and gathering. With the next expansion scheduled for release in just over a month’s time, there’s still a lot of questions we want answers to. Not only did we get some hands on time with Endwalker, but we were able to sit down with producer and director, Naoki Yoshida, to talk about what he learned from Shadowbringers and what he intends to bring forth into the expansion.

[Hardcore Gamer] We’re seeing an incredible mash of different environments from the brooding Garlemald to the vibrant Thavnair. When we talked to you last, you said you wanted Shadowbringers to go back to the game’s high fantasy roots, so what can we expect in terms of tone and themes with Endwalker?

[Naoki Yoshida] It’s very hard to put into words when we’re ask what kind of tone are we going to carry. So the concept is the end of the world, you may not expect it from some of the beautiful sceneries you have seen in the field, but that’s only because there is a secret behind it. The theme is going to be the end of the world. Once you do play through Endwalker, you will understand what that means, but right now I’m unable to put it into words.

And you know, when we were trying to determine which areas for the players to experience, Garlemald was actually… it was a hard decision. I really didn’t want to show off that area for the players to see, but there and Thavnair were the two locations which had “fewer” spoilers than any of the other regions or other areas, so, other areas would have spoiled the story. For now, we had to highlight those two areas. 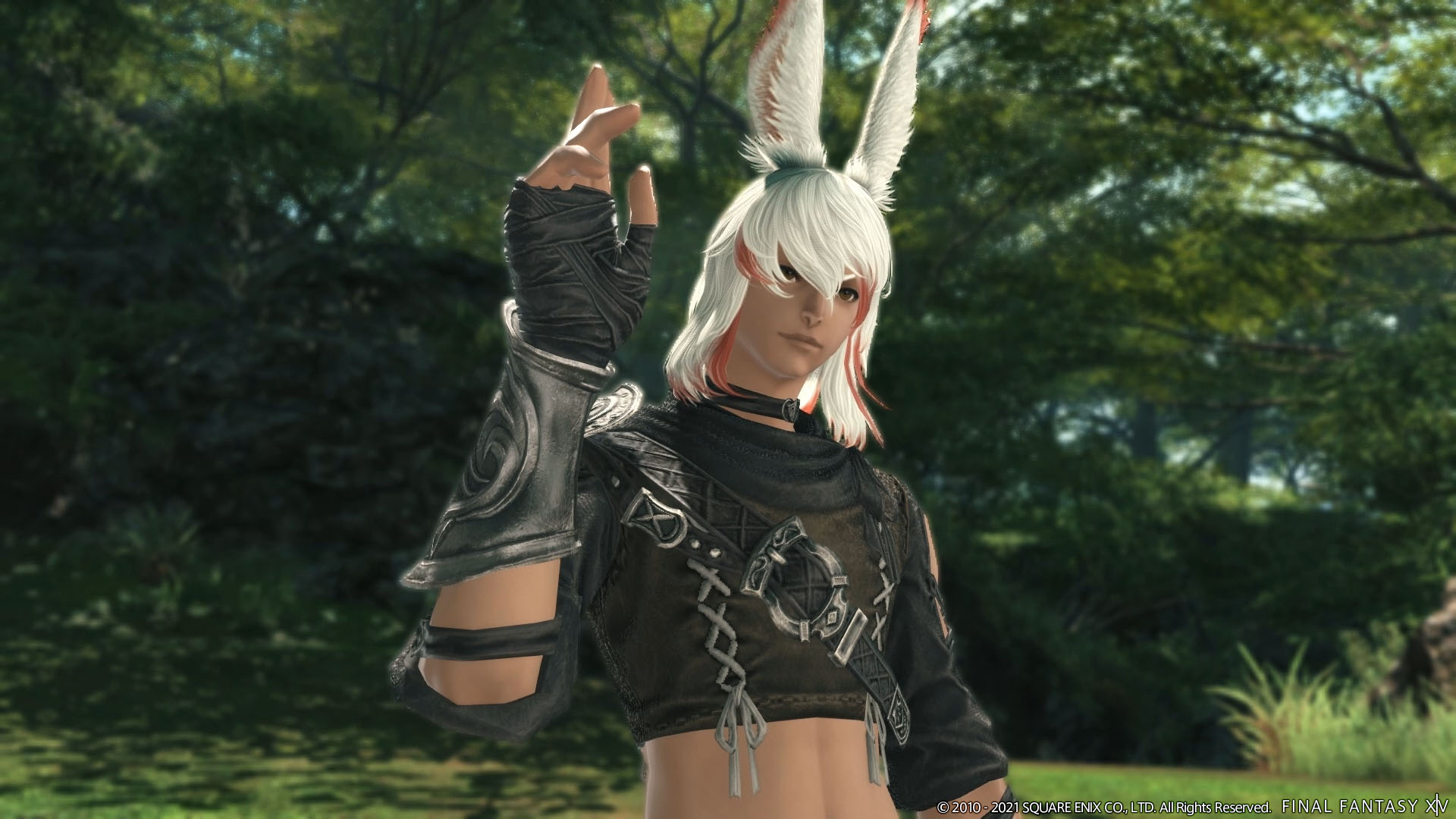 The glamour dresser has become a vital asset to a lot of players, but there are limitations. These have been alleviated every expansion with additional storage, but even then it’s not hard to max it out, and with the ever growing number of outfits and gear from dungeons, raids and the Final Fantasy XIV store, from the outset we’re worried about storage. Can we expect any changes or adjustments made to the glamour chest or glamour system in Endwalker?

I’m afraid there won’t be any sort of updates as of the launch of Endwalker because we do need to concentrate on releasing the expansion itself, so I’m afraid there won’t be any updates as of 6.0. But, we have started planning and work on… hopefully this will alleviate some of the concerns the players have, but we’re targeting somewhere around 6.1 or 6.2 timing. And plans are being made, so once development has progressed some more and we’re able to reveal more information, we will take the time to discuss what is planned for patches moving forward.

And I think one of the quicker updates, or the update that might come sooner, is the number of items that can be stored in the box, although you will have to wait until the patch series. I think we should be able to meet the expectations or respond to the feedback we have been receiving.

Shadowbringers went through a huge reform when it came to job actions. For controller players such as myself, it was a blessing, with the flow of combat feeling a lot smoother and streamlined. How has it been balancing Endwalker’s new and adjusted job in comparison. And to that what do you normally look at when balancing jobs. Do you take in consideration older, still-relevant content such as Ultimates or do you primarily look forward?

Before we even look at the different battle content and adjust the jobs accordingly, we look at the individual jobs. All of which, except for the healers, we try to see what will be the expected rotation for the highest amount of damage dealt and we would do some simulations; like we would take a level 90 striking dummy and go through some of the anticipated rotations. We actually have a testing program that allows for these rotations to be done automatically and continuously hit the striking dummies, and we get the data from there and then we evaluate how do we make it so that we are equally attributing the tanks, making sure that they are well balanced, and then we look to the melee DPS and make sure that they are balanced. We kind of look the idea numbers at level 90 and sort of look at it there first.

And then, for example, we start looking at how the job works with the other party members now, so if the melee DPS samurai doesn’t really have any synergy between other party DPS, then we’d have to adjust that, so we would raise its damage dealt by 3%, whereas the Dragoon has more party synergy, so that gets adjusted by a certain percentage. When we look at the total DPS dealt as a party, we make sure that’s balanced. We look at it very closely and we would make adjustments down to the one or two percentile to make sure we are hitting those logical values we set.

After that raw numbers have been hammered out we would look at it in the content. So we would look at for example Pandemonium the raid for level 90. We would run through turns whatever and test out the jobs and how they play out and how they feel. We try to evaluate – we’re not hitting striking dummies at this point, we’re actually playing through the content, so, we try to compare the feeling we get, the play feel, and if there is a large discrepancy with what we experienced just hitting a striking dummy versus some of the boss content, we take a look at it, see if it’s something that is missing the mark on our expectations in terms of value, or is it something that we need to address in the skill rotation, or is it because the mechanics are too complicated, and we would adjust it from there.

And the developers that we call in for test play are all Warriors of Light themselves, so they will go in with their main jobs, and some of them are really harsh. They’re like “oh my gosh this action is so hard to use — what is this?” and they would complain and would go to whomever was handling the adjustments and they would hash it out, and that’s how we build some of our content. What you see in the media tour is the fruits of that discussion that the team has and them hashing out the different adjustments. We’re all players, so we can play it from the perspective of players, I think. And we still have a little bit of time before we release the expansion, so I think we will continue to refine and tweak it until the very last minute. 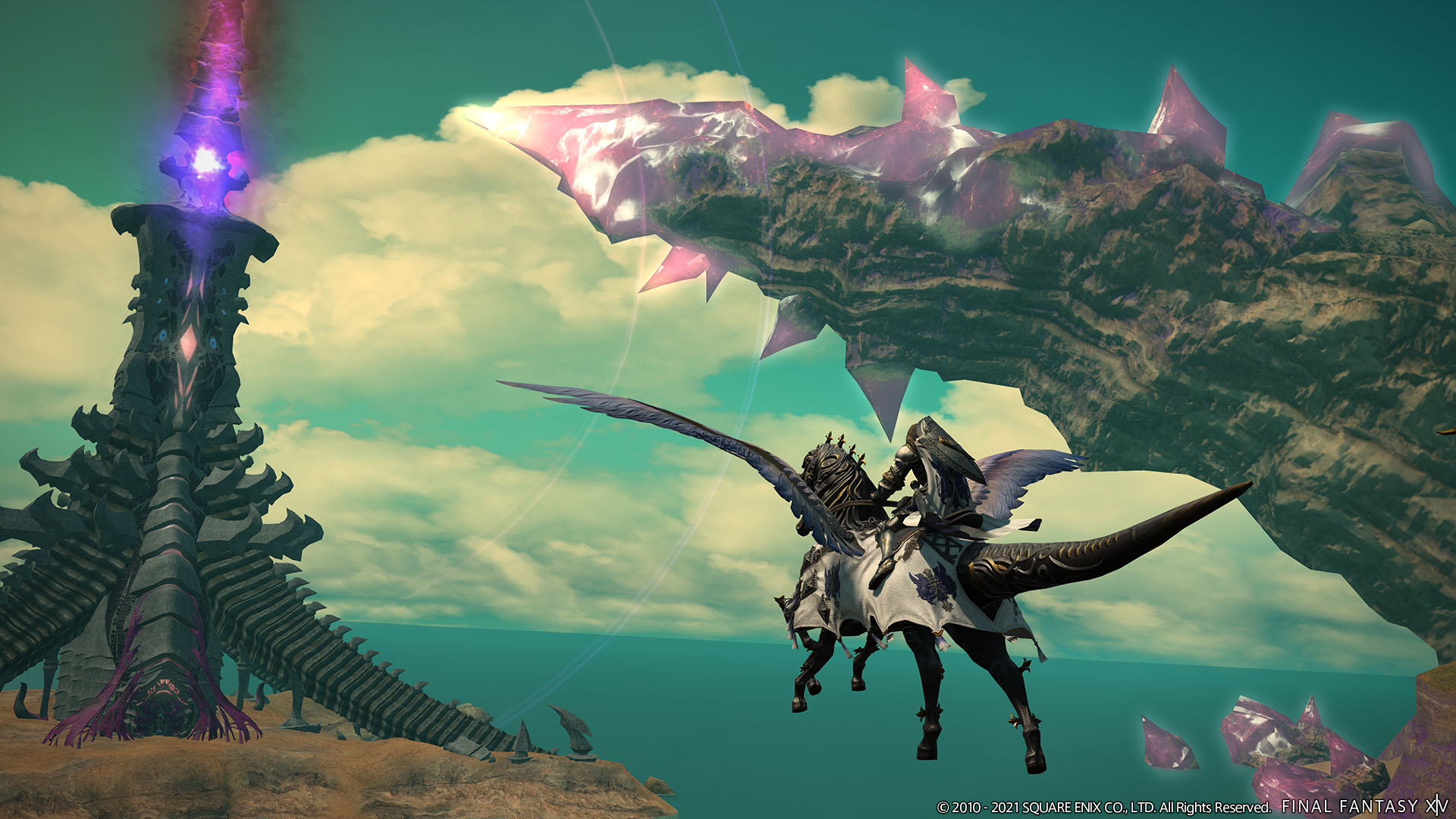 Bozja was mostly a significant improvement over its Eurekean counterpart. What were some of the key takeaways and reception you and the development team had coming out of Shadowbringers? Are there elements you specifically want to expand upon or improve?

One of the things that I felt was a success was the fact that you can strengthen you weapon using content that’s available within that series or that area, but you could also go outside of there to collect the tokens to upgrade your weapon. That was pretty well received, so I think that’s something that I do want to keep in mind, maybe not literally carrying it forward to the next one, but maybe just at least keeping the spirit of that.

But in terms of a learning point from the Bozjan Southern Front series, we were hoping that players would be satisfied with the one single weapon that they use for their main job, but it seems like many people have multiple jobs now a days and so they would farm for additional weapons. We got the sense that there are more players who have multiple jobs that they want to bolster their weapons for, so I do want to consider looking into reducing the amount of time it takes to strengthen each weapon and to allow for multiple weapons to be powered up through these content. That also ties into how much time is being spent inside the specified area or the content to farm for those materials versus the time players spend outside of the content in order to farm those materials. How much time is being allocated to each section is something that I do want to pay attention to.