BioWare’s next game, Anthem, is in many ways very different from everything the studio has released in the past. Instead of a single-player game focused on telling a story, Anthem is primarily a shared-world experience with a focus on exciting combat and an on-going narrative. Naturally, this difference combined with the reputations of several similar games has inspired many a concern among both long-time BioWare fans and gamers in general. Anthem needs to offer something different if it’s going to survive and that difference needs to be made as clear as possible. To that end, Hardcore Gamer recently sat down with Anthem’s Executive Producer, Mark Darrah, for a brief discussion about what sets Anthem apart from the rest.

According to Mr. Darrah, Anthem has two distinguishing qualities. The first being greater freedom of movement and the second being its greater emphasis on story. Indeed, we noticed both of these during our time previewing Anthem. Having flight available at all times isn’t a complete game-changer, but it does open up a wealth of tactical options and is just plain fun all by itself. It was also clear that there’s more story to be had in Anthem than in something like Destiny, though there’s likely not as much as a traditional single-player game. Mr. Darrah also touched on the importance of gear to creating different Javelin builds, as opposed to simply gathering and equipping the stuff with the highest power rating. 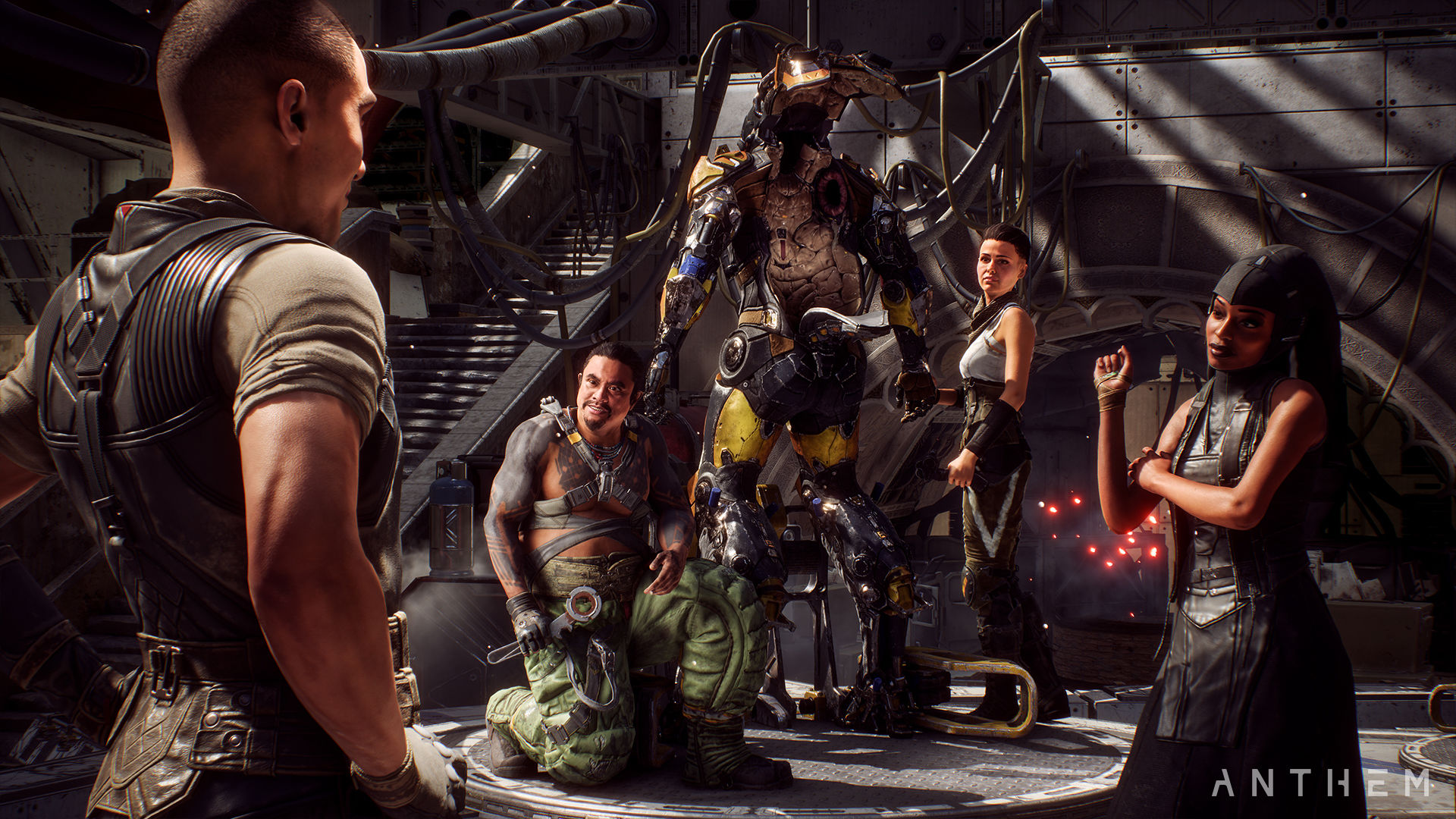 On that note, we asked Mr. Darrah to elaborate a bit on character builds and how gear influences them. As he explained it, gear is more or less what determines one’s build. Secondary weapons, grenades, support tech, components (buffs) and ultimate abilities all contribute to what one can and cannot do on the battlefield and can be used to support roles players want to fill on their teams. As an example, Mr. Darrah talked about the difference between a frag grenade and an ice grenade. A frag grenade simply does damage and is most useful for solo players and those who want to do nothing but deal damage. Ice grenades on the other hand deal no damage, but they freeze enemies and set them up for combo attacks from teammates, which often results in defeating enemies even more quickly. This plays into a piece of gear’s overall value too. Even lower level ice grenades can be more valuable than higher level frag grenades because of their special effects.

Before customizing one’s Javelin for the specific role they want to play, one must first decide which of the four main Javelin types they want to use. Each one has its own strengths and plays differently from the rest. We asked Mr. Darrah to give us a better idea on what exactly having these different types allows players to do and how that can help a team of players work together more effectively. Mr. Darrah reiterated the point that having these different Javelin archetypes is largely what enables player to more easily fill different roles on their team. The Colossus is naturally suited to being a front-line fighter, while the Storm is perfect for either supporting from above or laying down large bursts of elemental damage. As for growth, it sounded like that will largely depend on the gear and components players choose to equip.

Our time with Mr. Darrah closed with a quick discussion of what end game is going to look like in Anthem, both in terms of content and the relationship between high- and low-level players. It seems there aren’t many specifics to be had at the moment, but Mr. Darrah was adamant that BioWare’s aim is to have some reason for players to engage with the game on a daily basis. Apparently there’s going to be some form of on-going narrative to follow on a weekly basis, with larger “Cataclysm” events dropping less frequently; these events will supposedly bring bigger chunks of story and activities with them. He also said that even players who aren’t on Anthem every day will be able to participate and get something out of these events. All they have to do is reach level thirty and have at least one piece of high-tier gear. They apparently won’t get as much out of it as someone who plays on a more consistent basis, though. 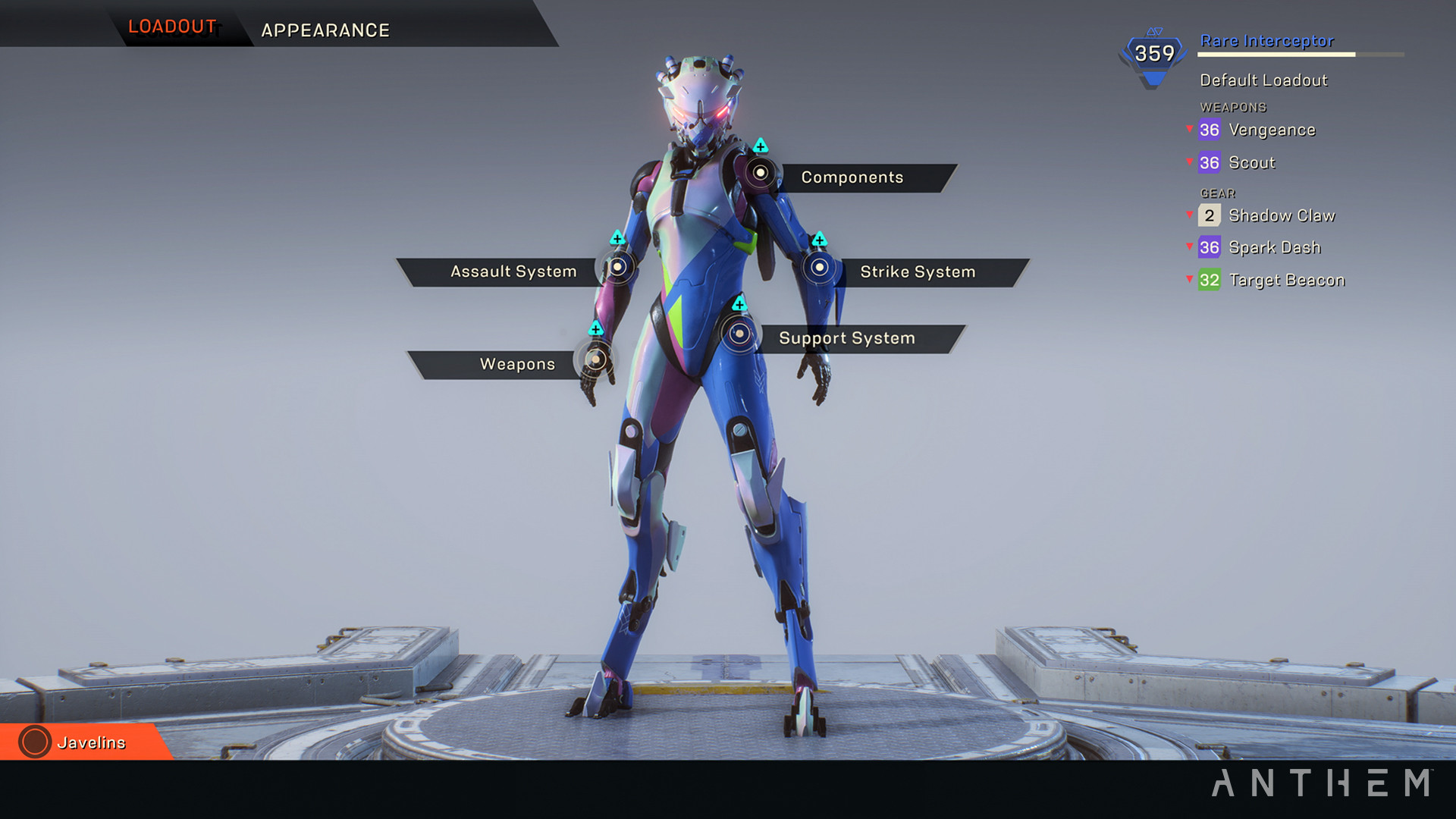 As for finding people to play with, Mr. Darrah stated that Anthem has system in place that will encourage higher-level players to make themselves available to help newer players through missions. He said that Anthem is balanced at the individual level for both rewards and challenge; so veteran players aren’t just going to be able to breeze through content they’ve already played. They’ll still be challenged and will still get rewarded accordingly. This system is not supposed to be about carrying people through missions, but acting as a guide and a reliable source of knowledge.

Based on this and our own experience previewing Anthem, the game looks quite promising. BioWare is out to make Anthem a distinct experience from its competition and they’re doing so through three main avenues: story, gear and the freedom of movement enabled by the Javelin suits. Early impressions of Anthem say that they’ve succeeded in doing this, but it’s still anyone’s guess as to whether or not it’ll be able to deliver over the long haul.