Far Cry 5 is going to be a massive change for the franchise. The franchise is moving to America, and dropping players into Hope County, Montana. Hardcore Gamer got to sit down and chat with Dan Hay, Creative Director and Executive Producer on Far Cry 5. Be sure to check out our impressions of the game to see what we thought of this bold new setting.

[Hardcore Gamer] Breakdown what’s going on here? You’ve done jungles, the Himalayas and the Stone Age. Where is Far Cry taking us now?

[Dan Hay] This time we’re going to America. We’re going to Hope County, Montana, a place that exists in our world. It’s a daunting challenge to bring the franchise to America and try and do it right and make it convincing. What we wanted to do was bring you to America, put you in a frontier, and then put you in a situation that was different from what people were expecting.

Unlike the uncharted island in Far Cry 3, or the open mountains of the Himalayas in Far Cry 4, Montana is part of a country with a strong, centralized government. In American history, we have seen presidents intervene when there have been militia uprisings. How is Far Cry 5 possible?

I think the key thing for us was to keep it so that it was remote, municipal and almost like the cult was a rumor in this space. Specifically, the idea is that they’re worth federal attention, but that it wouldn’t be something the full weight of the government would be sent in for. We’re also trying to keep the amount of time the game is alive reasonable so that it is believable that this could happen within the confines of that timeframe.

Previous Far Cry games cast players as a random Joe that finds themselves in horrible situations. What kind of random Joe are we playing as this time?

This time it’s two-fold. What we want to be able to do is allow you to be you. We want you to be able to effectively build the character you want. Secondly, we want to put you in a situation where you’re a junior deputy going in to support the serving of a warrant against the Father. What we did with that was make it feel like a training day. A lot of time in games you’ll go in and you’ll have an experience where you go from zero-to-hero in five minutes. What we wanted with Far Cry 5 is this idea that you’re going in and maybe you had some knowledge, but not experience. 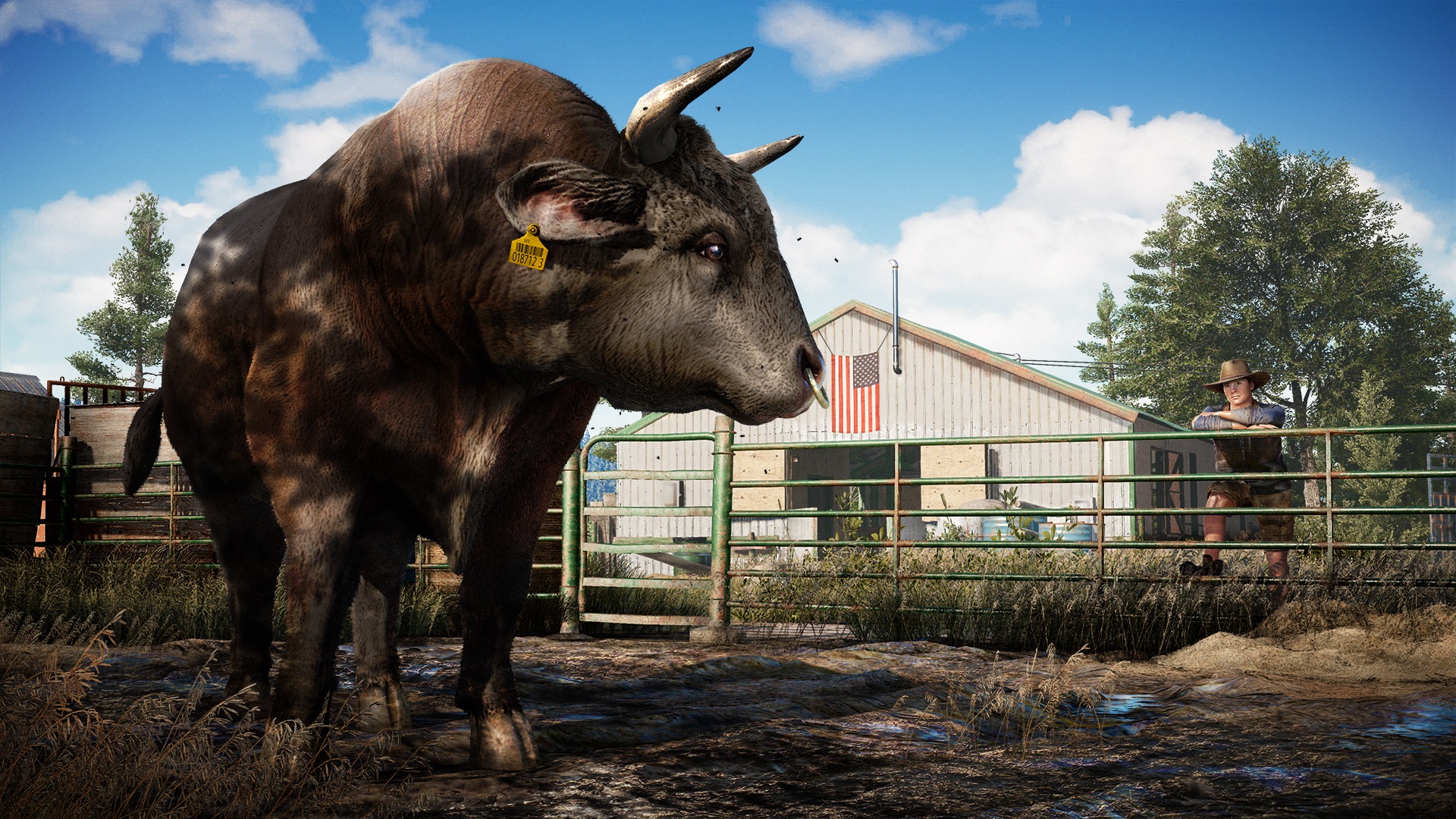 As the fifth main entry in the franchise, and the sixth total, what lessons have you learned from those titles to build Far Cry 5?

I think that the truth about building a game like this is that when you finish development, there’s a lot left on the cutting room floor, and it’s heartbreaking. You want to get everything in there. So, we’ve learned a lot about what players love and what they want to do, and then we have things we’ve wanted to put in but haven’t had the chance to so far. In this game, one of the things we wanted to put in there was include ‘Guns for Hire’ who could fly in and bomb the enemies. We really want to push the formula forward and grow it.

Given all the political turmoil that has engulfed America in the past few years, is this really the best time to bring Far Cry to America?

The simple truth is that we didn’t know what was going to happen in America when we began development. We had this idea of a character who believes that the end of times is coming, and I remember the time when the idea really struck home. I was walking downtown in Toronto and I saw this guy wearing a sandwich board that said something to the effect of, “The End is Near.” I remember looking at him about two years ago and thinking, for the first time, that maybe he knows something we don’t.

I remember thinking, ‘wow, something must be going on under the hood.’ So, we built the game, we built the situation, and when you look at what’s going on right now there are alignments. What’s important to understand is that we didn’t build the game with a specific agenda. We built it to be able to make it so you can have a unique Far Cry experience, meet unique characters, and experience a story that feels relevant and believable. 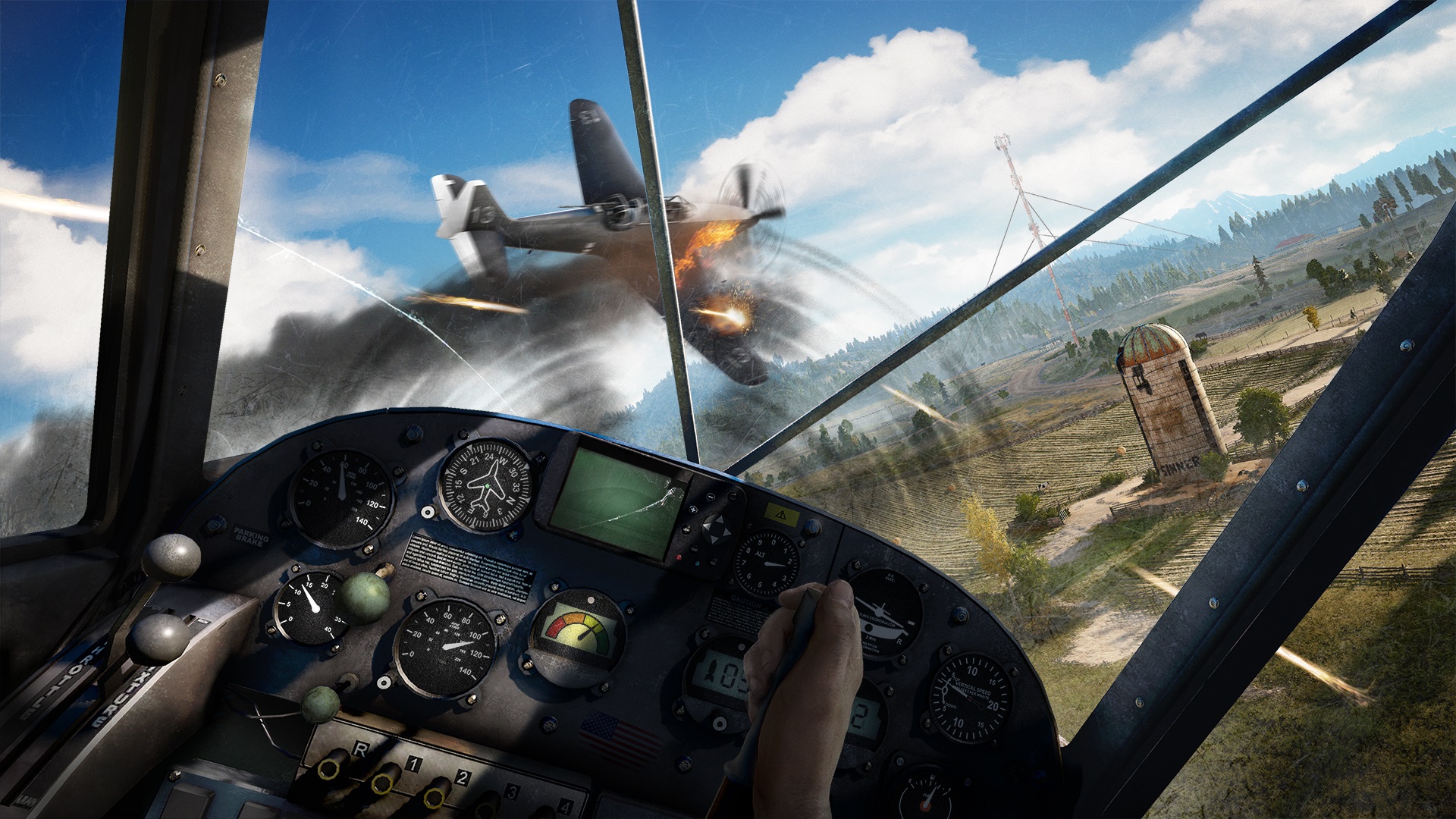 Montana may not be the largest state in the country, but it’s still pretty large. How big is the game world going to be?

We’re not specifically talking about the size right now. What I can say is that we did change the structure a bit so that you have the ability to go in any direction you want to. The experience you and I have could be vastly different based on what direction we go.

From a technical perspective, you’ve had a few years to really adapt and learn the tech powering the current-gen consoles and PCs. What kind of visual experience can players expect?

When you’re making games, you make mistakes and you try to figure out how to do stuff better. I think we’re getting really better at working with this technology. I think that with our world and the richness of it, we’re really making something beautiful and expansive.

The way we’re dealing with our characters is very different. In the past, we typically focused you on one character and you’d have a face-off against that character. Now, we want to put a concert of people in front of you so that you can have real moments with them. 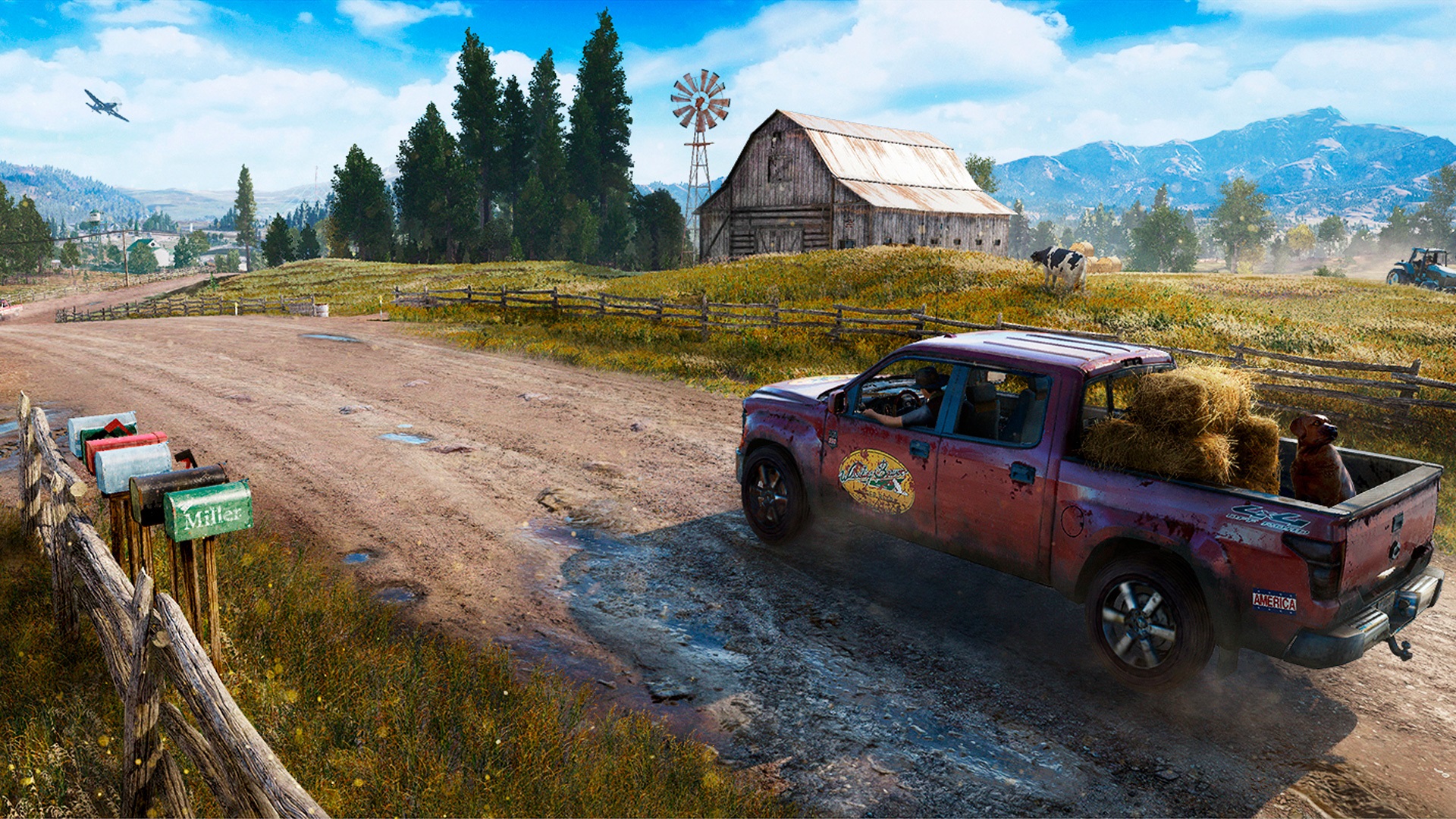 How will Far Cry 5 benefit from PS4 Pro and Xbox Scorpio?

Can’t talk about that just yet.

Any release date or window yet?