Saints Row is back, but it’s not the same Saints Row as before. This latest title is a reboot of the classic franchise with a new city to explore, friends to make, a criminal empire to build, and most importantly, a new Boss to take charge. It’s a new take on the fan-favorite franchise, but is it really so different from the original quadrilogy? We had the chance to sit down with Brian Traficante, Creative Director at Volition to discuss more about what this Saints Row is about, what’s changed, what’s stayed the same and why fans should give it a chance. To see our impressions of the first few hours of the game, be sure to check out our gameplay preview.

[Hardcore Gamer] Set the stage for us. What’s this new Saints Row about? Who are these new characters? Is this some split off timeline created after Gat out of Hell or are we truly looking at something completely new here?

[Brian Traficante] We’ve got something completely brand new. We’ve branched exclusively away from anything in the past, so no multiverse. We did explore for a while in our R&D phase, like what would resonate with us and where we wanted to be. Ultimately, we decided on a fresh start. So, as you enter the game, you’ll get connected with your new group of friends. They’re a bunch of criminals, have challenges, and all work for a different faction, but when they’re home, they’re a family. It’s watching that family grow through supporting them supporting each other and then becoming the Saints after they decide to leave their factions. Saints Row is all about watching these characters come together to create the Saints, expanding, and doing the legwork to grow that empire. 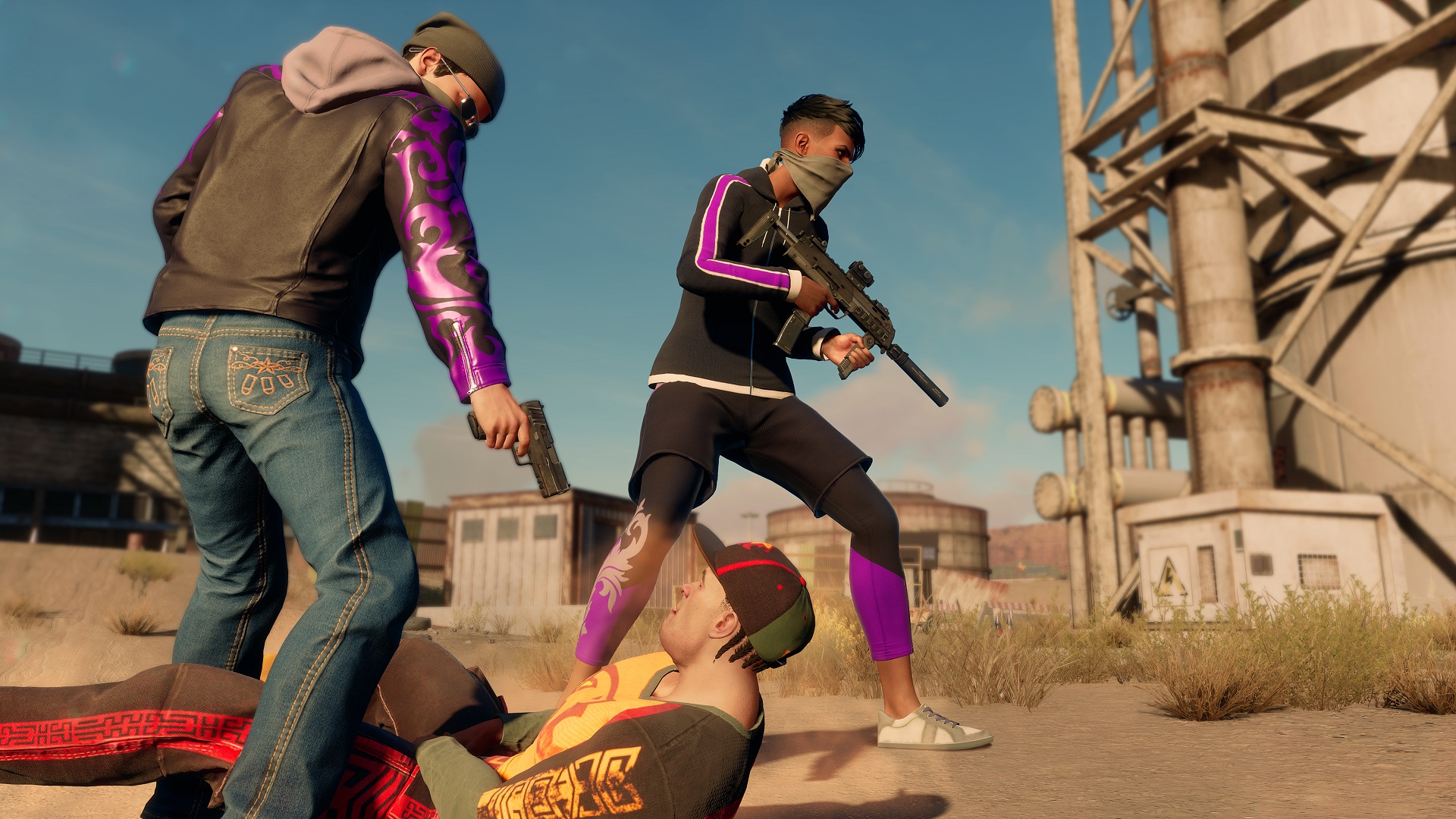 It’s been a while since we’ve had a Saints Row game. In fact, the last title was built for PS3 and Xbox 360. How has jumping to the eighth and ninth-generation consoles allowed you enabled you to update the mechanics and build your world?

It’s all about memory. Saints Row is an absolute memory hog with players able to customize their character on the fly. That means we’re loading all of those assets at any time and any moment. So, that’s a big memory contribution and then the open world streaming consumes tons of memory. Right out of the gate the ability to just have more memory in our pools increases the object density, undergrowth foliage, the number of vehicles, just a big increase in the sheer number of things we can have loaded at one time. Obviously more on gen nine, but with being cross-gen it was really important for us not to create such a significant gap between the two generations. So gen nine players will see a lot of additional rendering features and increases in object density, but we paid a lot of attention about how we distributed memory on both gens.

We put a great deal into understanding what the baseline is, what it’s like when everything is ‘normal.’ So, for example, we don’t have magic or dark matter. We wanted a believable world, but when you look at Marvel movies, believable can be Stark Technology, right? Or believable could be really dark, like John Wick. So, we did use some movie references to understand what exaggeration looks like. We also adopted the 80/20 rule, where 80% is real and 20% is exaggerated. The city, stories, factions and the player fall into the 20%. Then you have weapons and vehicles that normally fall into the 80%, so we had to be careful about how we exaggerated those. It was a careful science distributing wackiness and then bringing it back to reality. 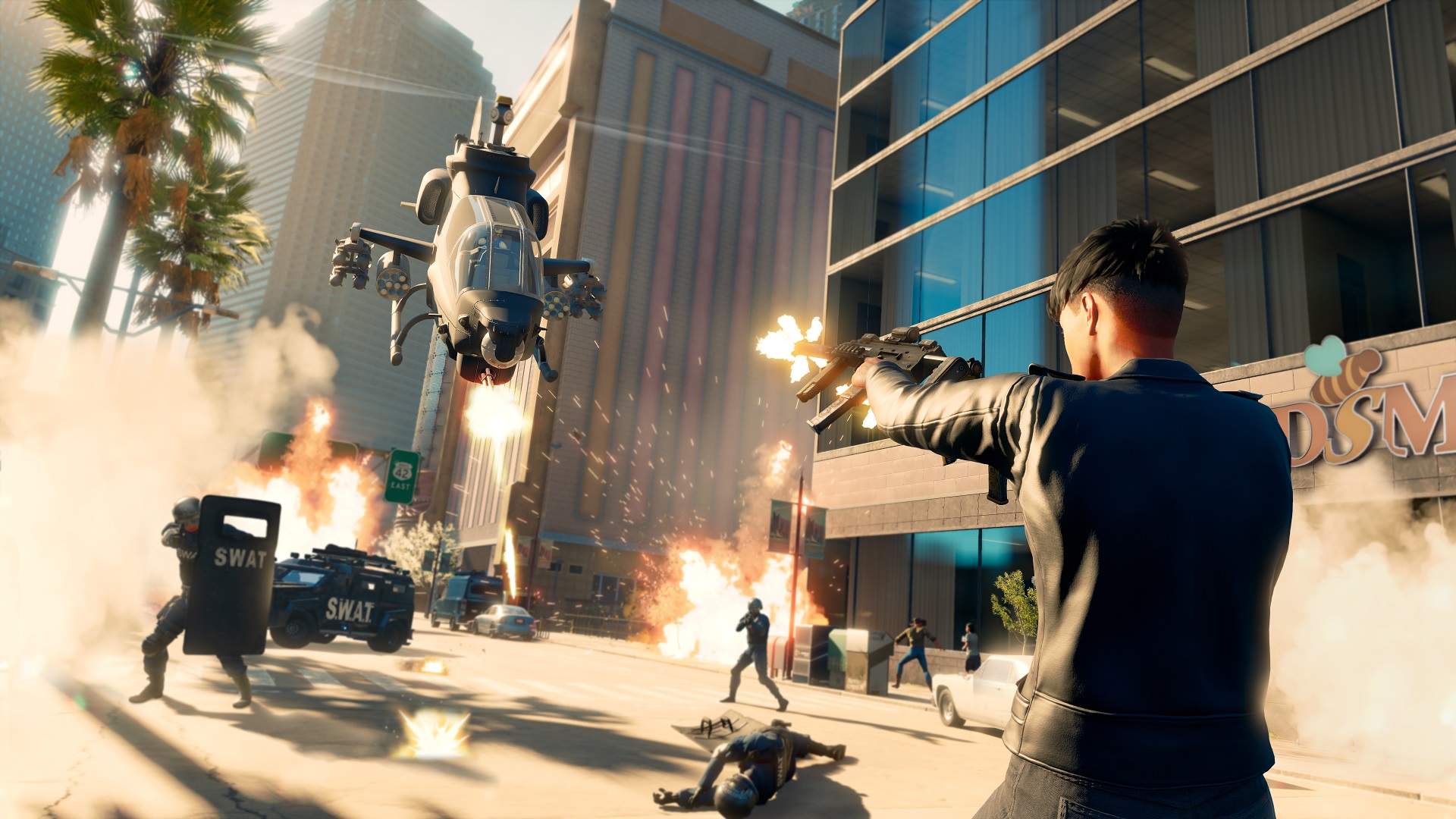 When original Saints Row launched, the open world genre was in its infancy. Today, the industry is littered with open world titles to the point where they’re feeling very formulaic. How have you designed your open world map so that it feels natural instead of just feeling like a bunch of busy work for players?

It’s a balance between the criteria for what the activity is asking you to do and how it contributes to taking over the map. It’s also about giving player the choice about what they want to approach and when they approach it. The other big thing is when these activities unlock. Early on you’ll notice that the map is quite scarce. At first, we were worried that people might look at it and think there’s not a lot to do. However, as you get to the end of the game and built fourteen ventures and discovered the hidden things, the map is absolutely covered. That gives the player agency to pick their path as more things populate the map.

I know this is a reboot, but is there any chance we might see some fun cameos or callbacks to the past titles?

Callbacks for sure. The inspiration of the past is littered all over Saints Row. There’s plenty of Easter Eggs and there are some NPCs that may look like certain past characters. However, for the whole game, we won’t run into any of the old characters. But here, this is Saints Row, right? This is literally the starting line and it’s filled with endless possibilities. 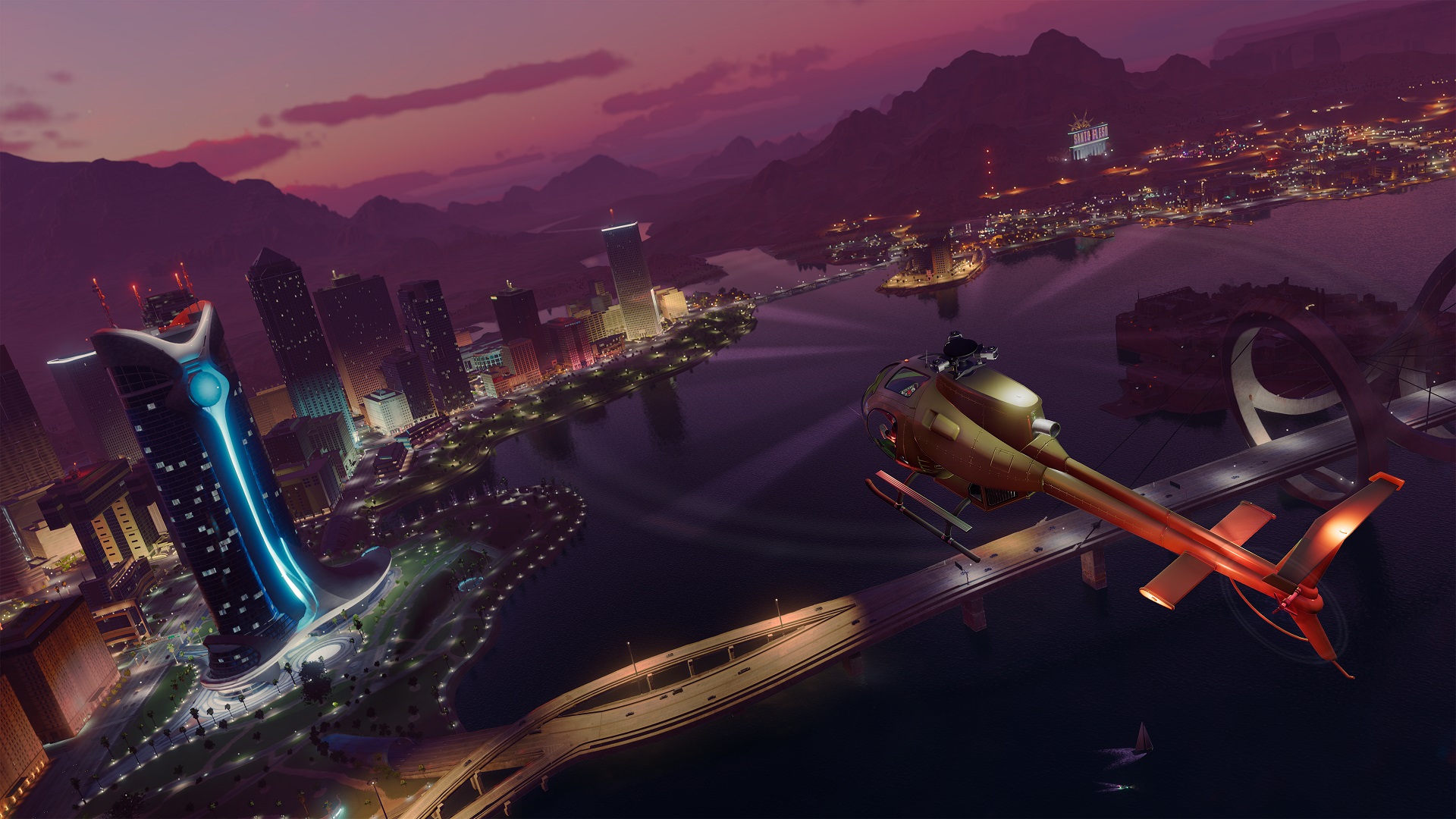 Reboots are massive changes that established franchises. When you put out the first trailer for Saints Row a lot of negativity followed, but since that reveal you’ve shown that this is a true Saints Row game. However, there are still some unconvinced. What would you say to the people who are still on the fence about Saints Row?

I would say take a look at the gameplay and what’s under the hood. While some surface visuals have changed, and some of the narratives have shifted, this title from the top to bottom is saturated with the DNA of Saints Row. We didn’t change any of the rule sets in any of our pillars. When that first trailer landed and everything look so different, the assumption is that this is a completely different gaming experience. I don’t believe that’s true.

Fantastic. When can players get their hands on Saints Row?