Birthdays the Beginning is an upcoming game from the mind behind the original Harvest Moon games, Yasuhiro Wada. Players take on the role of a traveler who comes across a world with no life and decides to create a new world and build the land however they want. In the process, animals begin to appear and can be captured. We were able to speak with Mr. Wada about his upcoming game and many things players will be able to look forward to when it’s released.

[Hardcore Gamer] What was the main inspiration when creating Birthdays the Beginning? Is the final product of the game similar to your initial concept?

[Yasuhiro Wada] I was invited by Arc System Works with the freedom to create a new game, and since I felt the Harvest Moon series was completed I decided to make a game based on various childhood memories. Ultraman Seven and Doraemon were two shows that came to mind, as well as being interested in space and how planets came into creation. Doraemon in particular ended up playing a big part inspiring this game. In the show there was an item called an Earth Set, this let the characters them create a small world with living inhabits and move time forward. After life was born they could visit the world to see all the different creatures. Although, it was also destroyed in the show, and they didn’t get to use it to the full potential.

The game started out very much the same with a much bigger idea, in the final product there are about 300 animals but there were plans for many more initially. There wasn’t enough time to fit these all in, however, and a lot of these other ideas had to be cut down to fit in this title. Since this is the first, or Beginning, game it’s possible in a sequel there will be many more to be found. 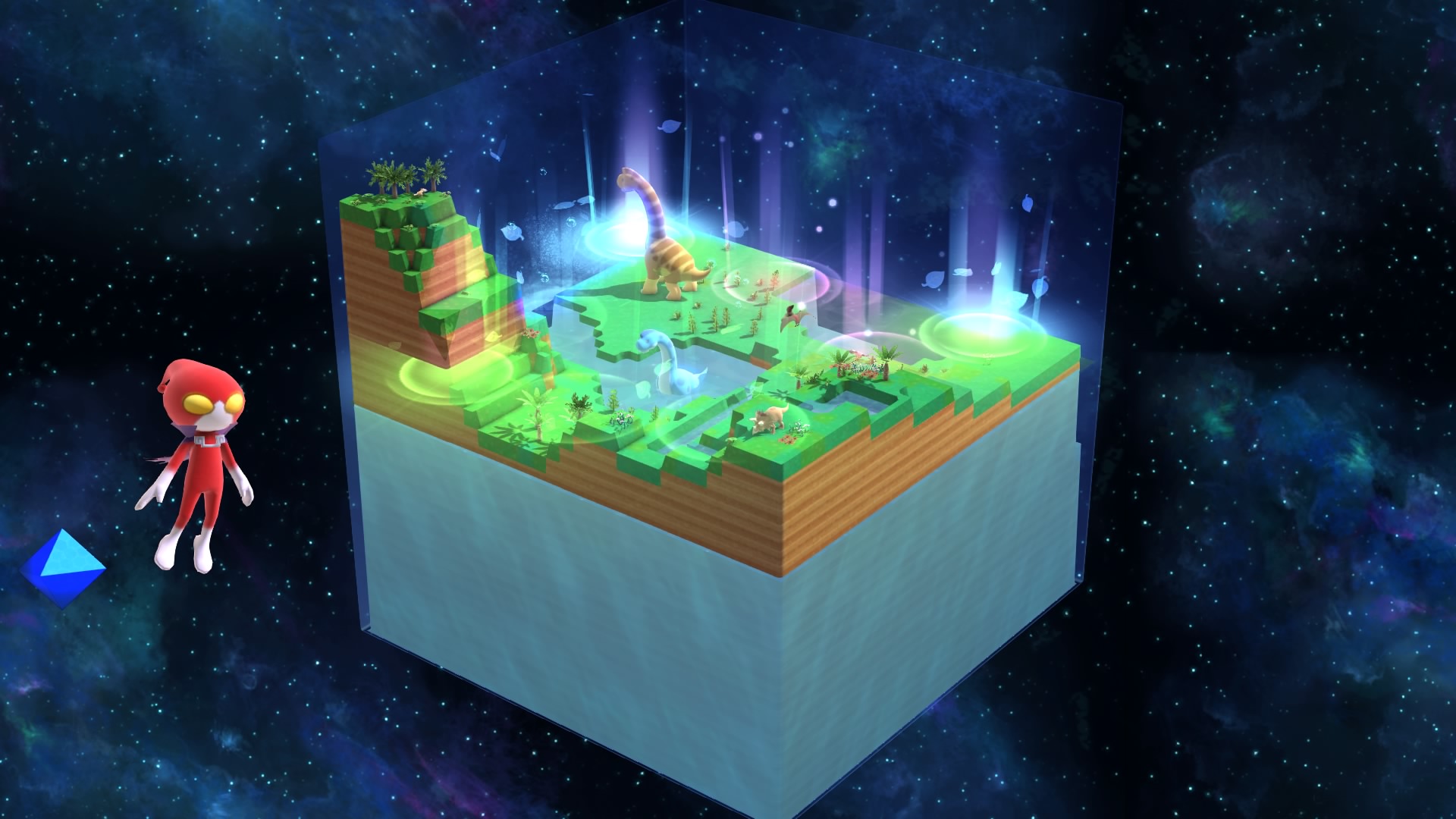 The character you play as seems to be intriguing and curious. Will players follow a storyline as this character or find out more about who they are and why they decided to build a world?

The little red character you play as was inspired a bit by the characters in the Nights series. This character does have a story, however players won’t see it in this game. Instead players should see themselves as this character, since they will play as them for the whole game. The “Storyteller” is the main character, but they are a guide for the player. The game has four main parts that players will go through that are unlocked after collecting a certain number of animals, but this game doesn’t really have any particular story that players will follow.

The world featured in the game starts out a simple cube, but there appears to be a wide variety of things players can effect. How much customization can players expect? Are there any limitations for what players can do and are there any planned future DLC to expand the game even further?

The player can build and move the land how they want, but as far as moving plants or animals that isn’t a feature of the game. At the halfway point in the world, there is a split and below it will always be ocean while above it will always be land. Players can change this however they want, in order to make it a world that they like most. All the animals and plant life, however, live and interact on their own. It is just the player’s job to create the land that they live on. There is the potential for DLC in the future that could give the players cosmetic items, and allow them to make their world feel even more like their very own. 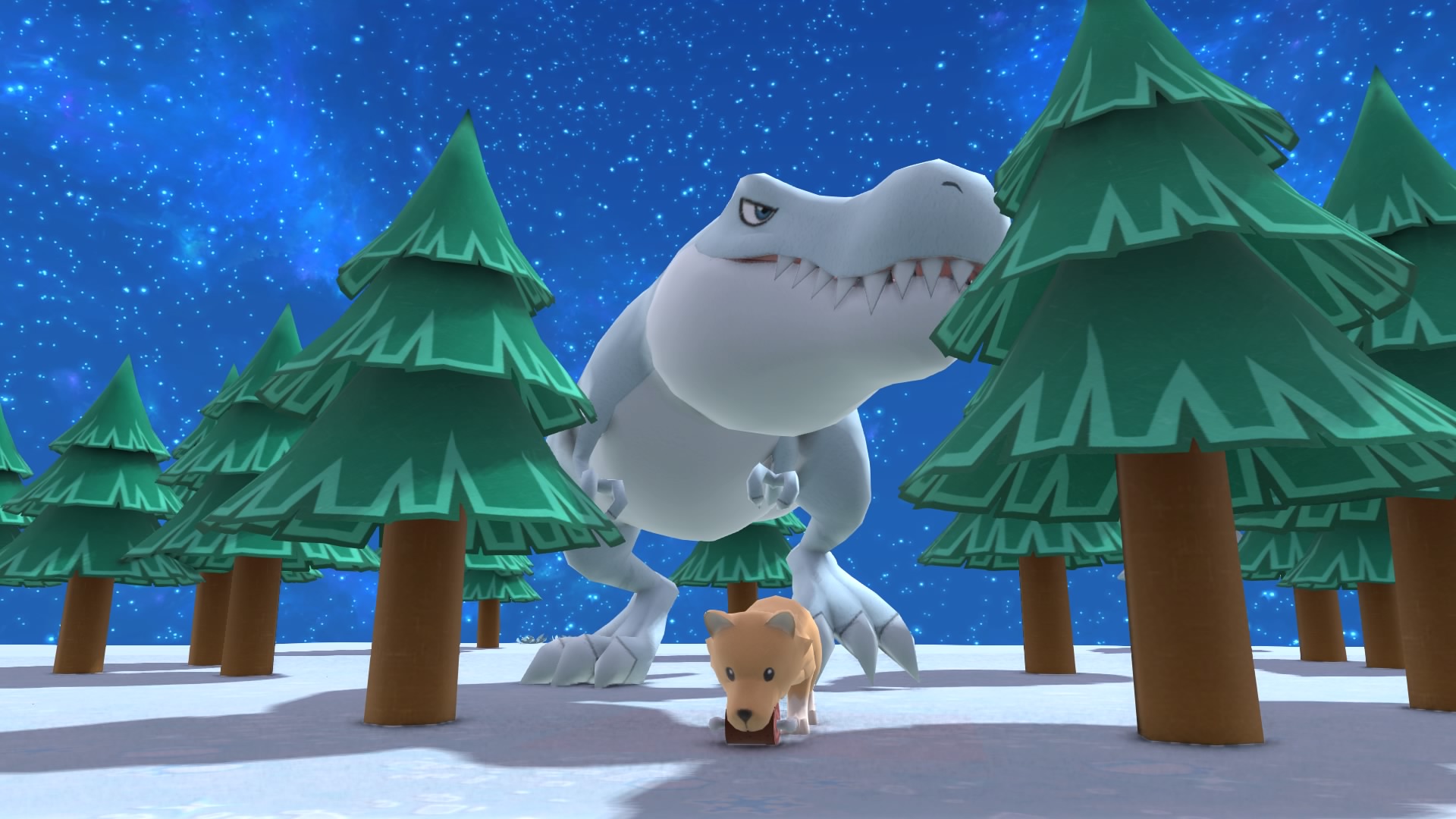 Will there be any key differences between PC and PS4? Can players expect similar experiences in either version and will there be any connectivity between the two for players who purchase both versions?

I wanted players to experience the same game no matter which version they were playing, and not have a situation where someone with a PS4 version was watching someone with the PC version do something they couldn’t. If there is a way to connect the PC and PS4 versions, that would be something we would love to do but there aren’t any plans for it currently.

Birthdays the Beginning seems to offer a wide variety of animals to be discovered, how much affect will the player have on the living creatures found in the game?

As said before, there are 300 animals to be captured in the game. The goal is to capture every single one, but this is challenging as these animals to go extinct. If they go extinct, players will have to wait until the world recycles itself after an ice age in order to get them again. The only thing the player can do with these animals is collect them, some are needed to be collected in order for others to appear in the future. The players just create the land the animals live on, so there isn’t much interaction besides searching high and low for them. 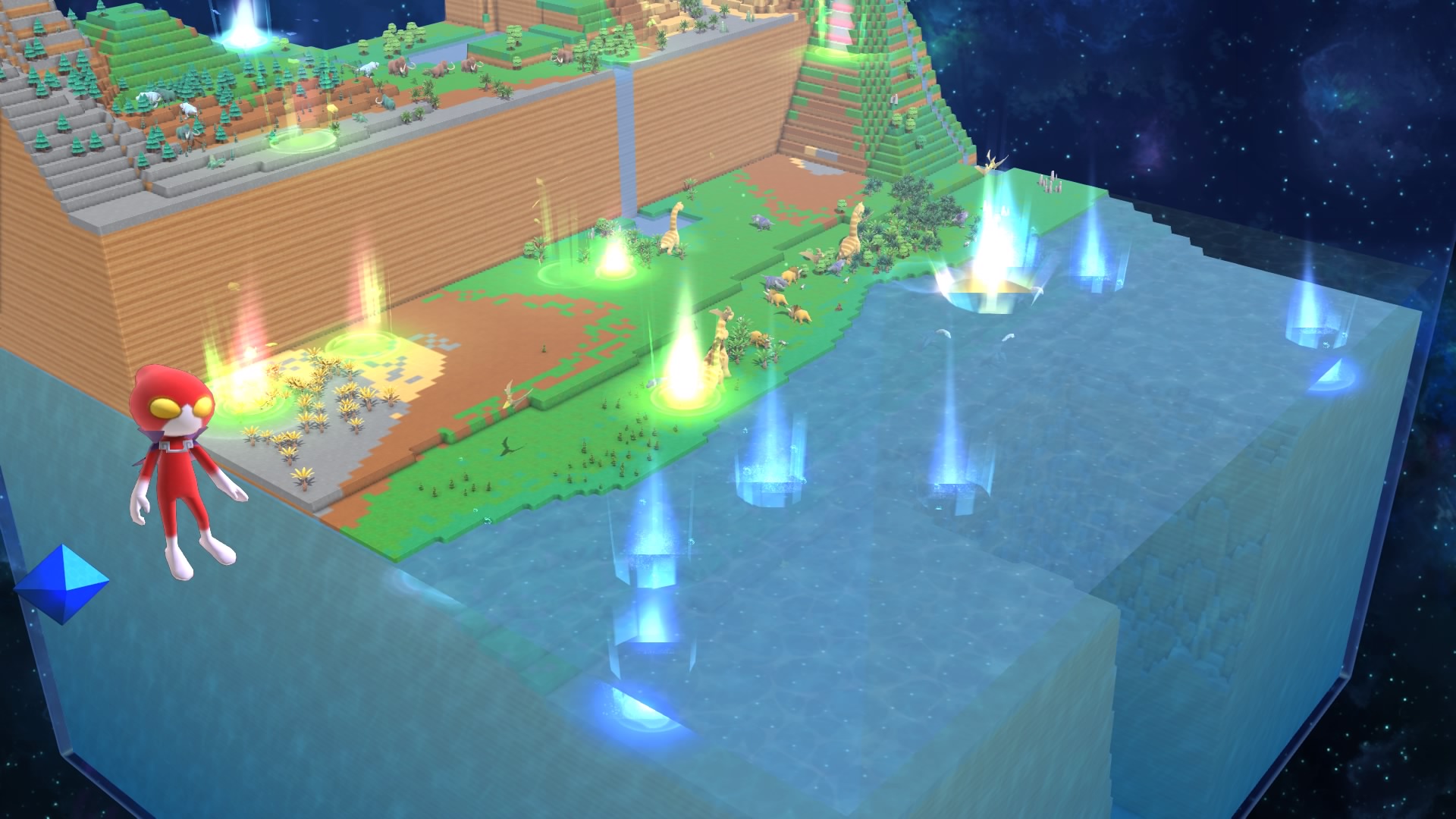 World building games have become increasingly popular with the creative side of the gaming community. Are there any plans for modding support on PC or PS4 to allow players to create their own assets?

The idea of letting players create their own creations for the game is something we would love to be able to add, as we want players to really feel like this is their very own world. While the idea is being strongly considered, there are no concrete plans for it right away for this game.

Birthdays the Beginning offers a wide variety of creative ideas for players to explore, but what new experiences do you hope players will discover throughout the game?

In this game there is a lot of exploration, players must search high and low in order to find and capture animals. There is no right or wrong way to play this game, whether players want to finish it as quickly as possible or take their time are both correct ways to progress. I hope players feel enamored by the world they have created as well as all the animals in it. I hope players feel like this game is truly limitless in all the different things that can happen while playing. 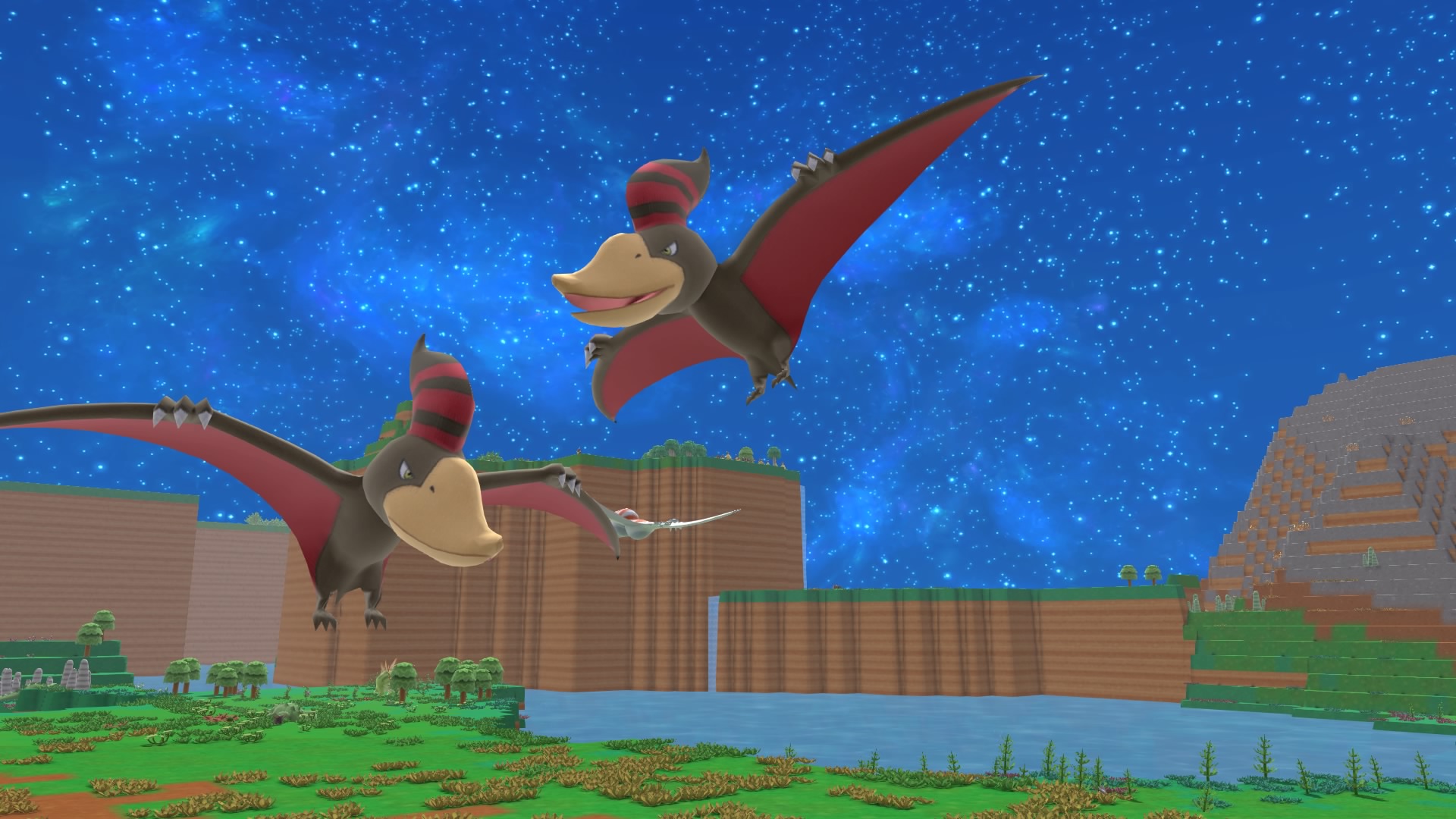 You’re well-known for having created the Harvest Moon series. How much inspiration or content from that franchise has made its way into Birthdays the Beginning? Are there any Easter Eggs to be found?

There won’t be any direct references or Easter eggs from Harvest Moon in this game, since we wanted to do something completely new. But for those who are familiar with Harvest Moon, they might feel some similarities between the two while playing while playing.

The Harvest Moon series has set times for the days and features a variety of events throughout the game. How quickly will time pass in this game and can we expect any random events to occur during various holidays or even the player’s birthday?

Players are able choose how fast they want time to progress in macro mode. It can pass by at a thousand years per second at the slowest, or ten thousand years at the fastest. There won’t be any random events that occur while playing the game, since players will all experience the game at different speeds we wanted to make sure no one would miss anything just because of how they chose to play.

What were some of the challenges that occurred while creating Birthdays the Beginning?

The biggest issue was filling the world with life. There are four different sized worlds that players can use, the smallest being a 31x31x31 cube, and the largest being 255x255x255. That is a huge amount of ground to cover, and making sure it wasn’t empty and full of life was a challenging and important part of making this game. Since the overall task in this game is to collect all these animals it is important that players feel there is a lot to be found in the world they make. 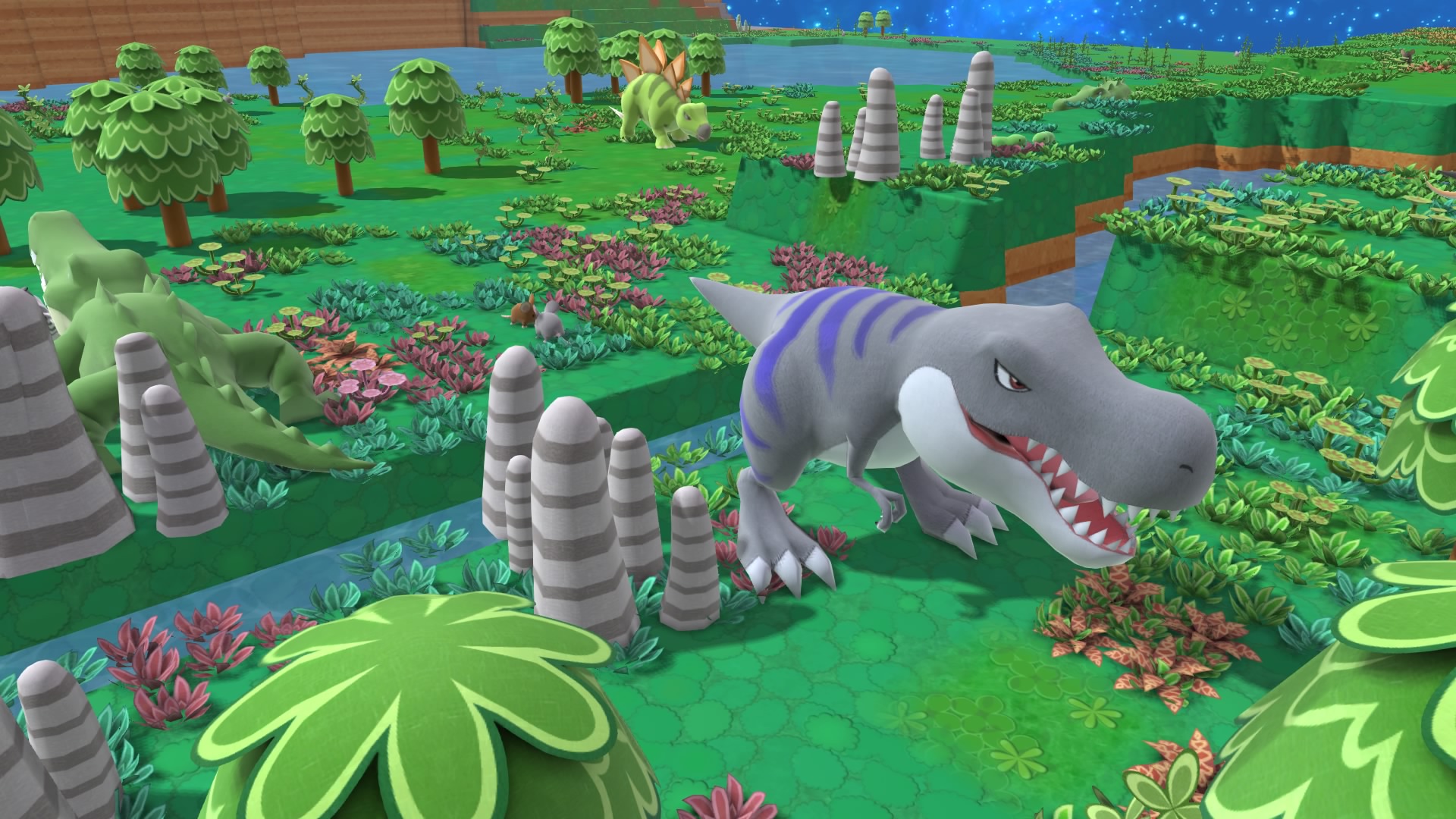 I have spent over 1000 hours playing Birthdays the Beginning, which is more than any other game I’ve made, and I believe it is the most fun game I’ve created. I hope players will enjoy this game as much as I have and create their own worlds that they are happy with.

Birthdays the Beginning will be released both digitally and physically on March 7 in North America and March 10 in Europe.