The lead up and release of Eat Lead: The Return of Matt Hazard seemed to be an exercise in lack of faith on someone’s part. Viewed from the outside, only a couple of preview articles could be found, and the late February 2009 release came with zero fanfare and marketing. Along with that, it released to retail at a “budget” price of forty dollars. At that time in the previous console generation’s life, that was the same as the publisher saying “Yeah, we know. At least we aren’t charging as much.” It should be noted that D3 Publisher found success with this strategy before, with Earth Defense Force 2017 becoming a cult favorite based on word of mouth alone. This time, the game did not receive the same amount of love. Sitting at a 53 on Metacritic, Vicious Cycle’s offering was chastised as derivative of better titles, sporting repetitive environments and sub-par gunplay. 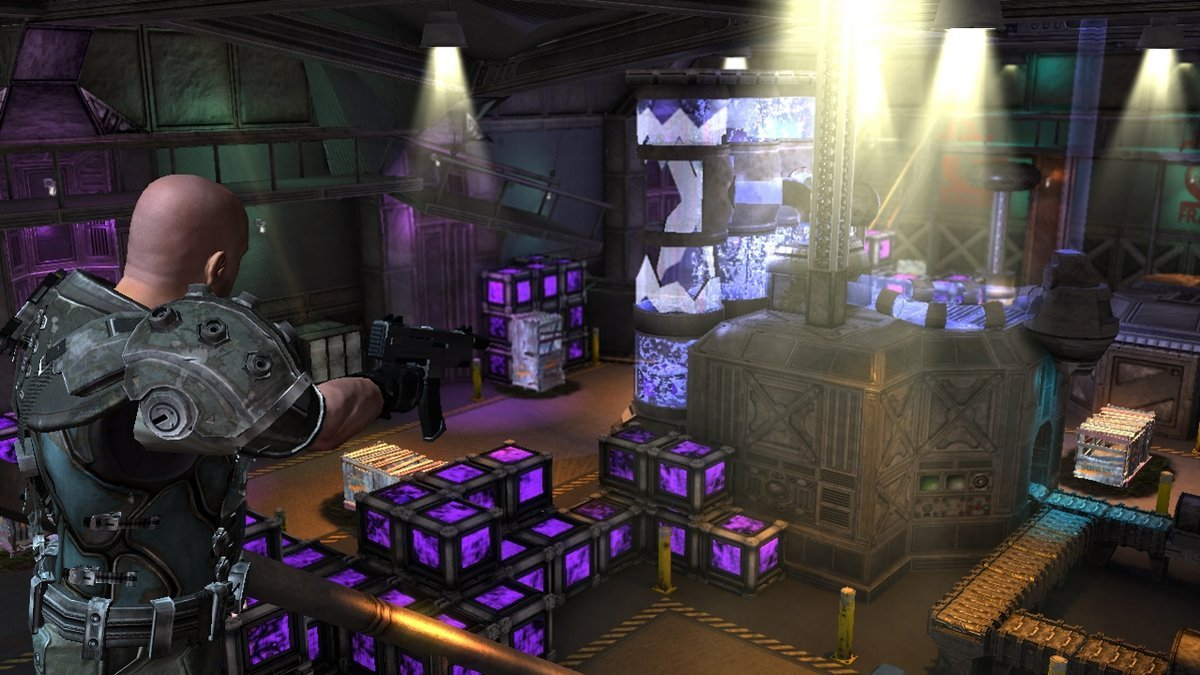 The concept behind Eat Lead is absolutely fantastic. In this universe, games are made with self aware actors in the starring roles. Matt Hazard used to be one of the top attractions, with a career reaching back to the 8-bit era. Taking advantage of his exclusive deal with publisher Marathon, he soon became overzealous. The market was saturated with mediocre titles bearing his visage. The gaming public quickly grew indifferent and he retired. After some time, the publisher was re-branded with a new name: Marathon Megasoft. Along with this new name, a new CEO was put into place, Wallace. The game begins with Matt coming out of retirement only to discover that the plot of his latest title was to have him die off in the first level and be replaced with a younger creation.

This set up leads to an adventure with more laugh out loud moments than many other games that try the same type of nerd pandering. Starring Will Arnett (Arrested Development, BoJack Horseman, the funniest guest character in your favorite show) as Matt, you can tell the actor is having a grand time with the material he’s given. Utilizing his trademark delivery, Mr. Arnett helps create a protagonist that switches between being the butt of the jokes while poking fun at other gaming related targets. Neil Patrick Harris (The Harold & Kumar flicks, How I Met Your Mother, that one dream you can never, ever tell your friends about) fares less well as Wallace. This is only because he isn’t given as much to work with. Still, he turns in a decent performance. His man/child, shrieking,  entitled rant about how he could never beat any of Matt’s games was pitch perfect. 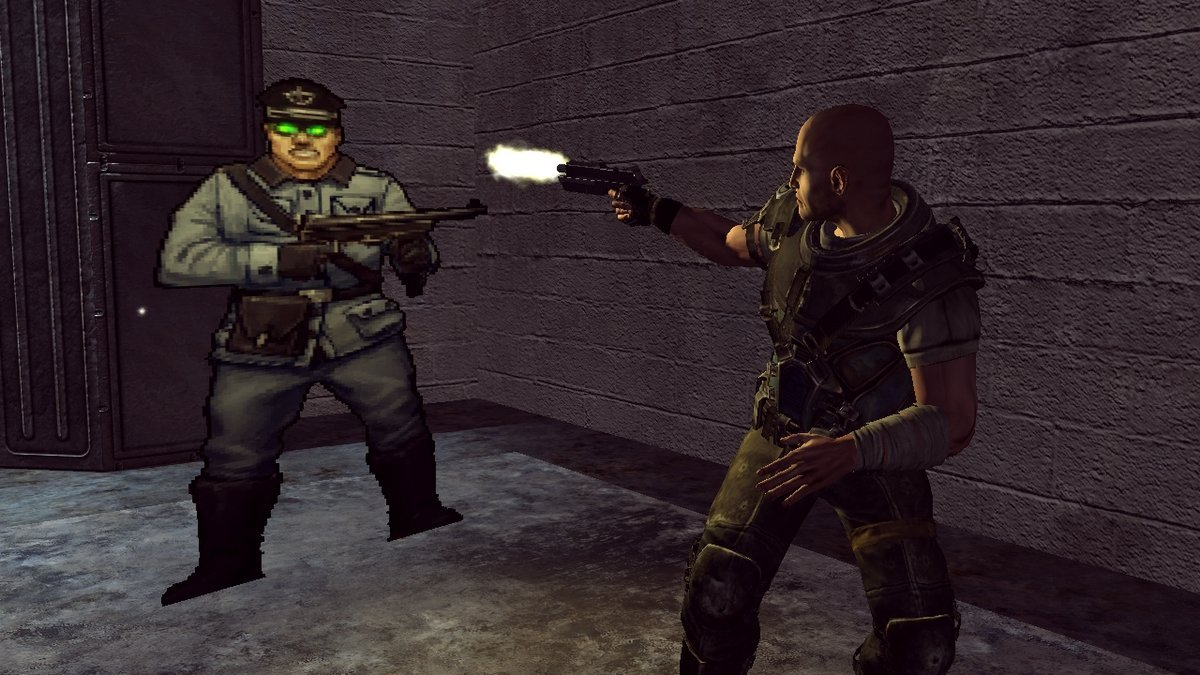 One gets the impression that the writers had the best time during this game’s creation process. This experience is littered with delicious, terrible puns such as the third-person, water gun based shooter Soak’em. Level intros also see this treatment, with a particular favorite being Back Door Assault at the Big House (Not What It Sounds Like). In addition to Matt’s post-murder spree one-liners, the enemies also get a few good ones. (“My clip is as empty as a capitalist’s heart.”) Sadly, it could be argued that some of these are repeated a tad too often.

Speaking of repetition (and the repetition of the word “repetition” and its derivations), this is the biggest downfall of the title. This game is very short, and it seems as though it would have been even shorter were it not for a ridiculous amount of padding. For example, after having pushed through the “Big House” level and defeating the boss, the player is then forced to trace back to the beginning with even more enemies. It starts to get ridiculous. 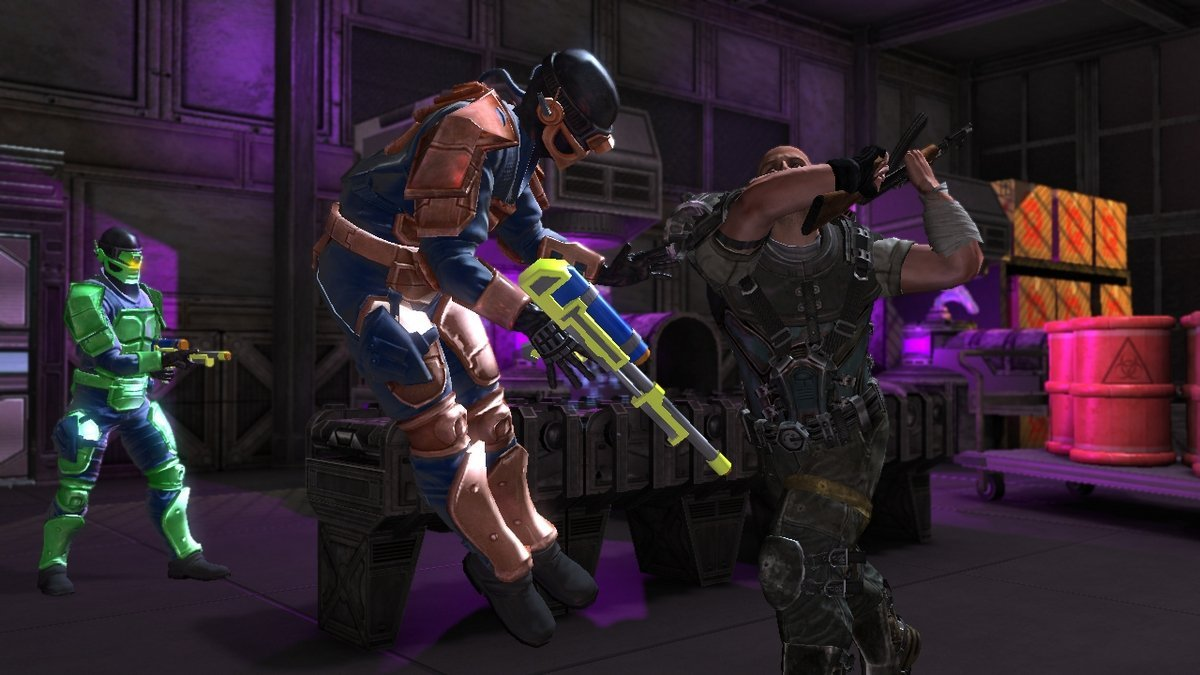 Also repeated often are enemy designs. While going up against a Wolfenstein 3D sprite-based Nazi that can hide by turning sideways is cute at first, the novelty wears off after the umpteenth time. This carries over for all the basic cannon fodder enemies. While there is a story reason for it, it gets old gunning down and then punching out the fem-bot androids.

The boss fights are also a mixed bag. The lead up introduction to each is almost invariably comedic gold. The meeting of Altos Tratus of Penultimate Illusion is the stand out here. Fighting the bosses, though, can be a frustrating and annoying experience. Matt seems to like to stick to the wrong wall when taking cover. The gun play doesn’t manage to satisfy during these more tense moments. The camera also has a tendency to wig out in corners. 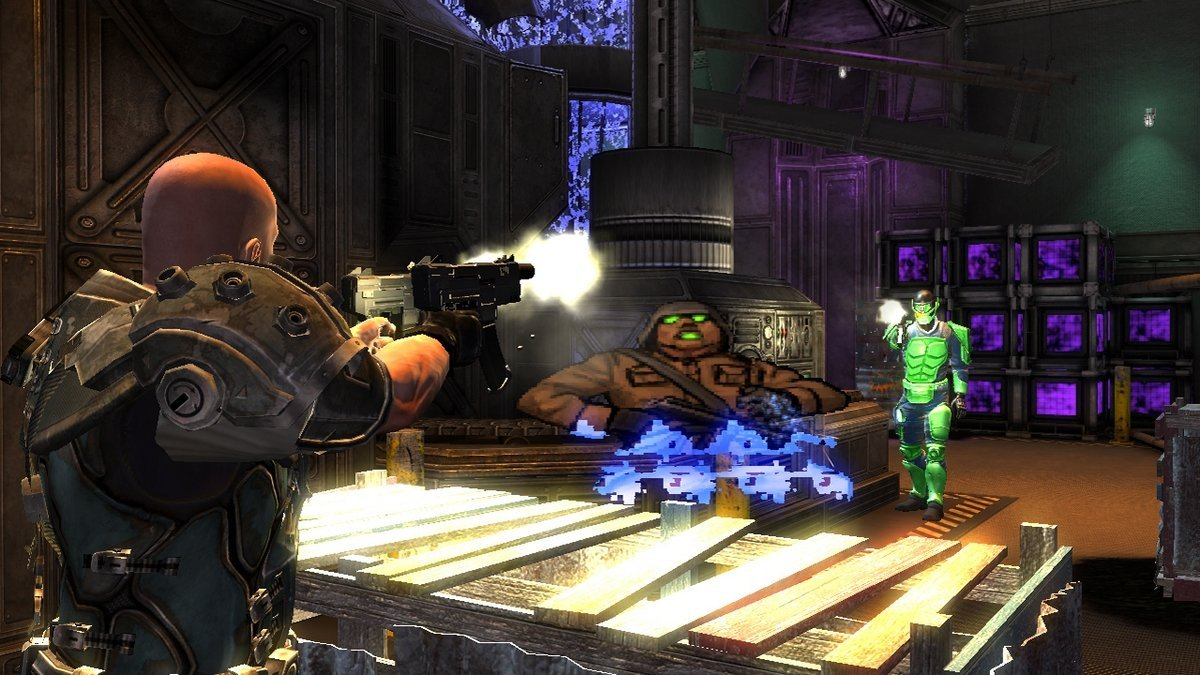 This is a case of a guilty pleasure. The critical coverage was absolutely correct to state that the game pointing out that a level is “Another Warehouse” does not excuse the fact that the level is another warehouse. Still, Matt Hazard has an earnest, endearing charm in its stupidity. Vicious Cycle wanted to craft a funny experience and they succeeded there. Their attempt to create a fun game is where they fell just short of the goal. With some additional polish and more varied levels, this would have been a classic. Considering that this title can be routinely found for less than ten dollars for PS3 and Xbox 360, it is worth picking up. The recommendation: pick easy mode and enjoy a couple of sittings  full of silliness and clever writing. Further recommendation: when about to begin any sort of activity, no matter how minor or routine, announce, with full pomp and pride, that “it’s hazard time!” That joke couldn’t possibly get old.