Considering the mission behind this particular ongoing column, Kaos Studios’ Homefront doesn’t quite fit the normal profile. Managing to gather a respectable 70 on Metacritic isn’t the worst thing ever. Nor is shipping a healthy 2.6 million units total a couple of months after its March 2011 release date. That said, it was still considered a flop. The massive amount of money thrown at development and marketing (including a prequel novel) showed that THQ thought they had a solid competitor to the Call of Duty throne. They didn’t. It didn’t take long for gamers in general to decide that this title was severely lacking in many ways, and bargain bins across the world found Homefront in ample supply. Reporters examining THQ’s late 2012 through early 2013 collapse would point to this particular title as being one of the infected wounds that the company endured. This is all rather strange, as the game itself still holds up as being entertaining.

The game casts the player as Robert Jacobs, pilot extraordinaire. Before taking the reins, players are given a rather long expository sequence explaining how the U.S. came to be invaded and conquered by North Korea. Hyped as being written by John Milius as a spiritual successor to the 80s movie staple, Red Dawn, this scenario was wholly laughable at the time and has only become more silly. Interestingly, it was revealed that the famed screen writer was only a consultant long after the game was launched. Anyhow, after a long sequence showing middle America life under North Korean rule, Jacobs is rescued by the resistance. That is if hitting the vehicle the hero is occupying at full force with a truck is considered a “rescue.” 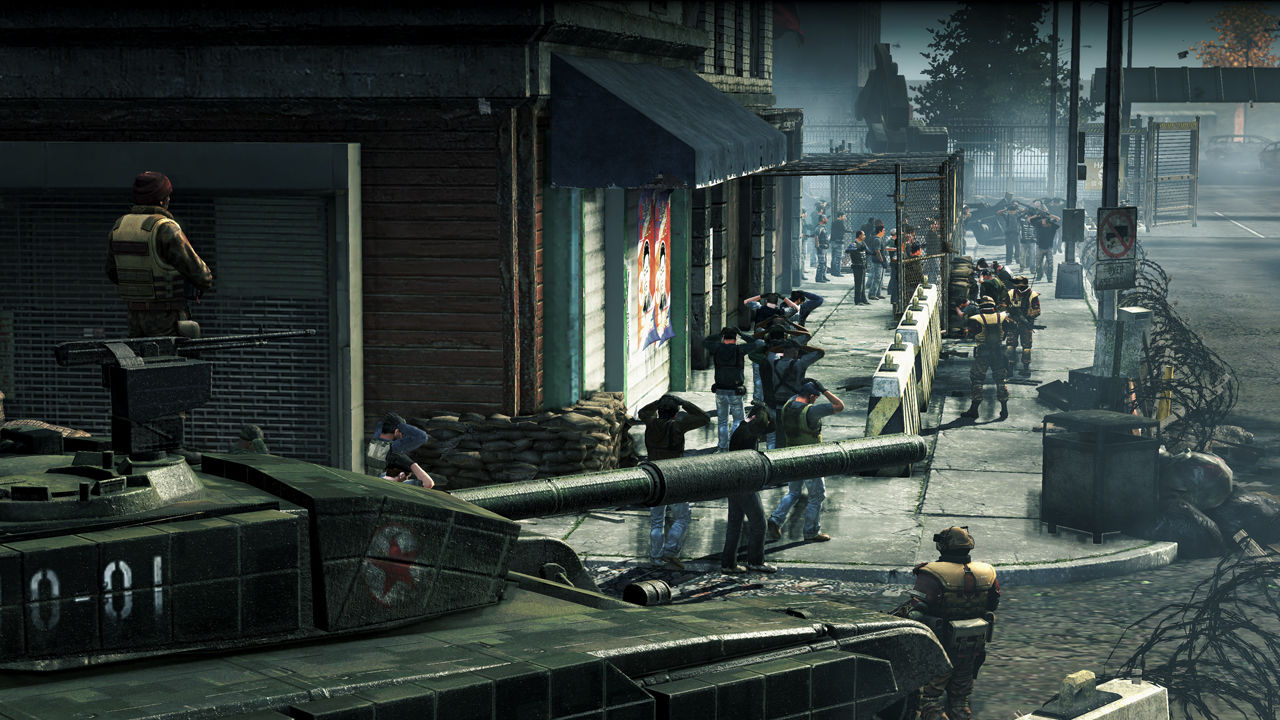 That latter is a narrative conceit that wends its way through the story rather well. These people have a plan to enact. It’s not a particularly good one. Most of the story is focused on the team gathering the necessary materials to enact this particular operation. The strange thing is that these people suck at this job. They draw attention to their home base by placing a large amount of camouflage netting over the backyard. They misfire white phosphorous mortars, roasting more allies than occupying troops. They fail at even keeping the support of their oppressed neighbors. Considering that this was sold to audiences as an “America! @#$% yeah!” type of story line, it doesn’t take much imagination to see why the marketing demographic was put off. Still, with how silly the set up to the tale is, the earnest incompetence of the protagonists is actually believable. These are people doing the best that they can with little to no training. They are fighting for freedom in their own land, something that we have been blessed with not having to endure in our lifetimes.

While the story hits the right points of bravado and stupidity, creating a patriotic and engrossing experience, the gunplay doesn’t hold up as well as I remember from my initial playthrough. First person shooter players have been spoiled by the solid sixty frames per second that is the standard in Call of Duty titles. Homefront doesn’t manage to keep this standard. Based on play, it seems to stick to around thirty frames with some instances of chugging. The weapons themselves vary. Heavy machine guns have a certain weight to them when fired, but some of the assault rifles and sub-machine guns don’t pack the same punch. Considering that the primary way of interacting with this world is perforating it, this is a tad unfortunate. 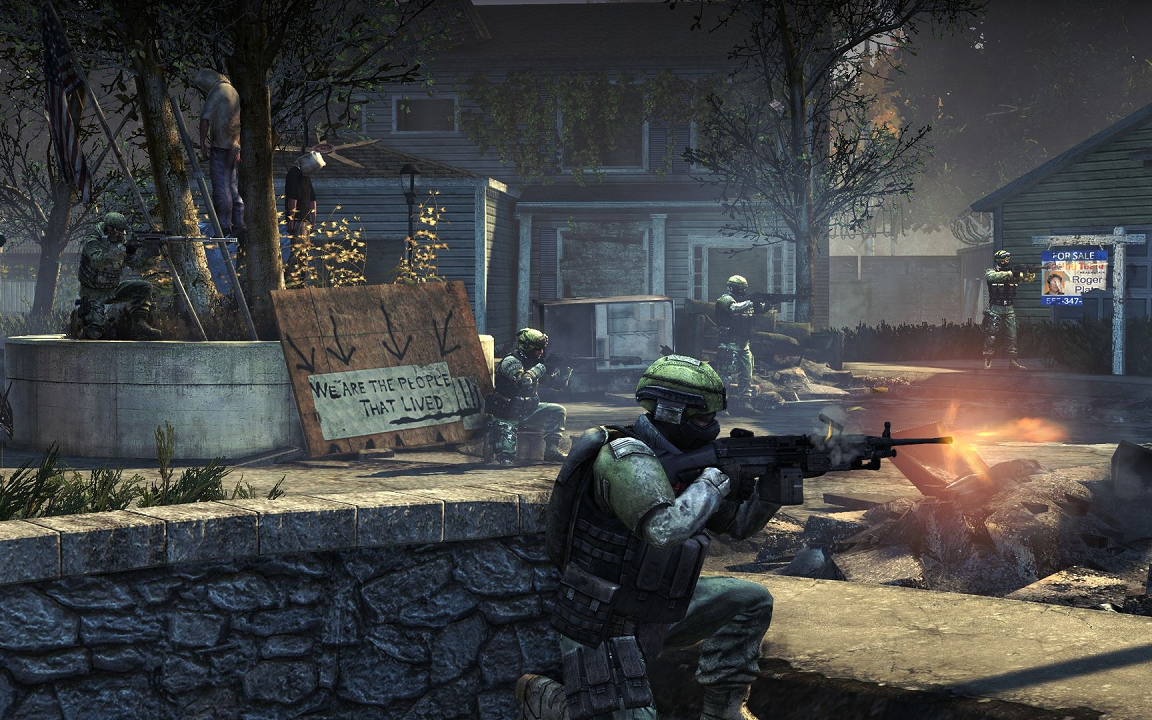 The game does make up for this with fun sequences that involve using a laser targeting system to direct the heavily armored Goliath. This six wheeled tank runs roughshod over the battlefield, spewing machine gun fire and missiles. Sure, while these parts can devolve into “point at the highlighted thing,” there are also plenty of chances to bring high powered explosives to a gunfight.

All of the fun does have a strain of termites eating it from the inside out. This thing crashes more than a narcoleptic on quaaludes. During my most recent playthrough, I had to hard restart my Playstation 3 six times over the course of the campaign. I was also forced to reload checkpoints about four times, as well. (I say “about” because one of the times forced a hard restart. It’s possible that it would have triggered if it didn’t crash.) The reloads were because teammates were very reluctant to open doors needed to progress the level. If there are that many issues with scripting, it probably should be addressed before making the game the subject of a multi-million dollar marketing campaign.

Outside of the campaign, much hope was hitched on the multiplayer modes. This is where COD holds most of the audience, and THQ and Kaos wanted some of that. I remember it being respectable but nothing special. It’s a nonstarter now, as Homefront multiplayer is buried in the mass grave that was dug with Gamespy’s demise. Split screen is still possible, but who plays these games that way anymore? 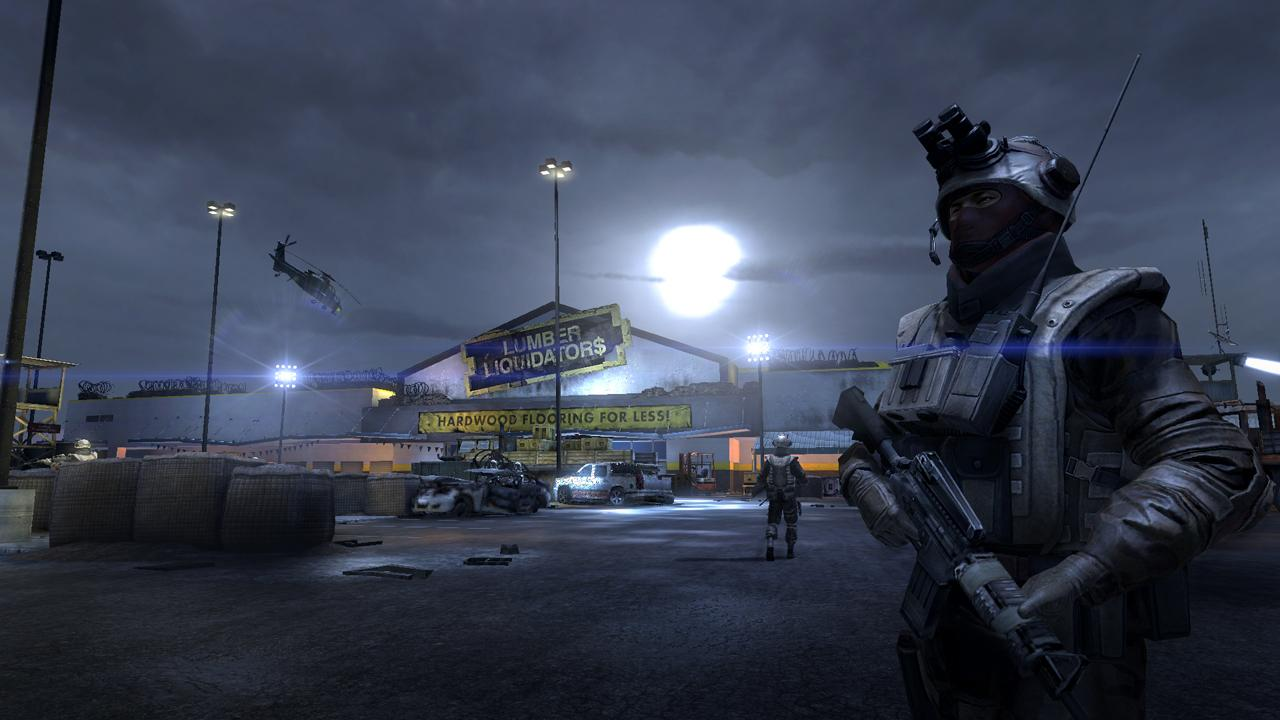 There are players who enjoy military shooters like Battlefield and Call of Duty for their campaigns and skip the adversarial multiplayer modes. I’m actually one of them. For these people, Homefront has a good story mode to offer. It’s ridiculously buggy, but there are thrills to be found obliterating Communists and fighting for the U.S. of A. The title is easy to find anywhere and typically carries a price tag of around five dollars used. Homefront may have assisted THQ’s destruction, but it doesn’t deserve the scorn it tends to receive these days.