This is admittedly an outlier in regards to the point of this column. Tamsoft’s Onechanbara Z2:Chaos just hit the west last year. Normally, we try to stick with last generation and earlier when exploring the failures and unloved titles of the gaming canon. The funny thing is that this title is unloved, to the point that we ourselves awarded it a rather low score, for well-documented and considered reasons. The special “Banana Split Edition” is still a constant fixture of every GameStop in the States, the boxes becoming top heavy as stickers with a lower price are applied over and over without removing the original. Because of this, the time factor can be ignored as it is easy to approach this game with the presumption that the title is so flawed, that even the cells making up its lifeblood are riddled with pockmarks.

Based on the lexicon that makes up so many of gaming world’s output, the inclusion of zombies has become shorthand for one of two things. Either the developer tapped their well of ideas immediately after saying “let’s make a game,” or the same developer didn’t feel like programming AI. There’s just too many of shambling schmucks roaming hard drives and discs. Onechanbara wanted to get in on that years ago, and has been pumping out budget titles all along. Most have not made their way to the English speaking territories, with the exception of one Xbox 360 and one Wii title. There was also a movie based on the franchise that was brought over. They all suuuuuucked. 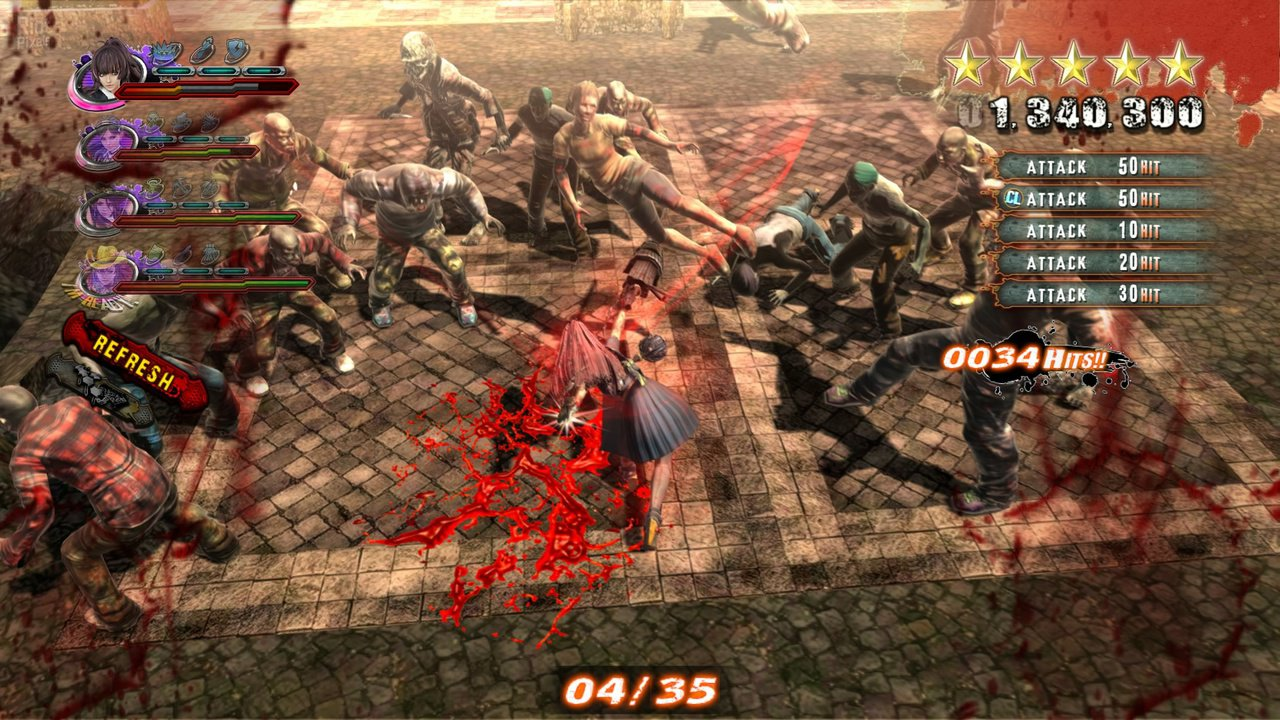 Yet, somehow, there was something compelling a purchase of the most recent title. That something was Chris Shive telling me that “There is no why, only buy.” That stupid line always works. The package itself comes with an artbook, a (not bad) soundtrack, the game, and a code to download the strawberries and banana costume (more on this in a minute). Right now, it can be found for $30 without any issues.

Plugging in the game itself, the player is greeted with an opening boss fight that is, for lack of a better word, atrotiable. The camera is wigging out, and the only way to win is to mash buttons and pray. After this, though, the game drops the player into a normal level. Suddenly, the combat system comes into its own. This new edition features a deep and extensive combo system that allows for a massive amount of flexibility. Players can start a combo with one of four characters, swapping in the next person (each has their own weapon sets) at the end of the chain to continue, and on and on. This allows for huge chains to be built. 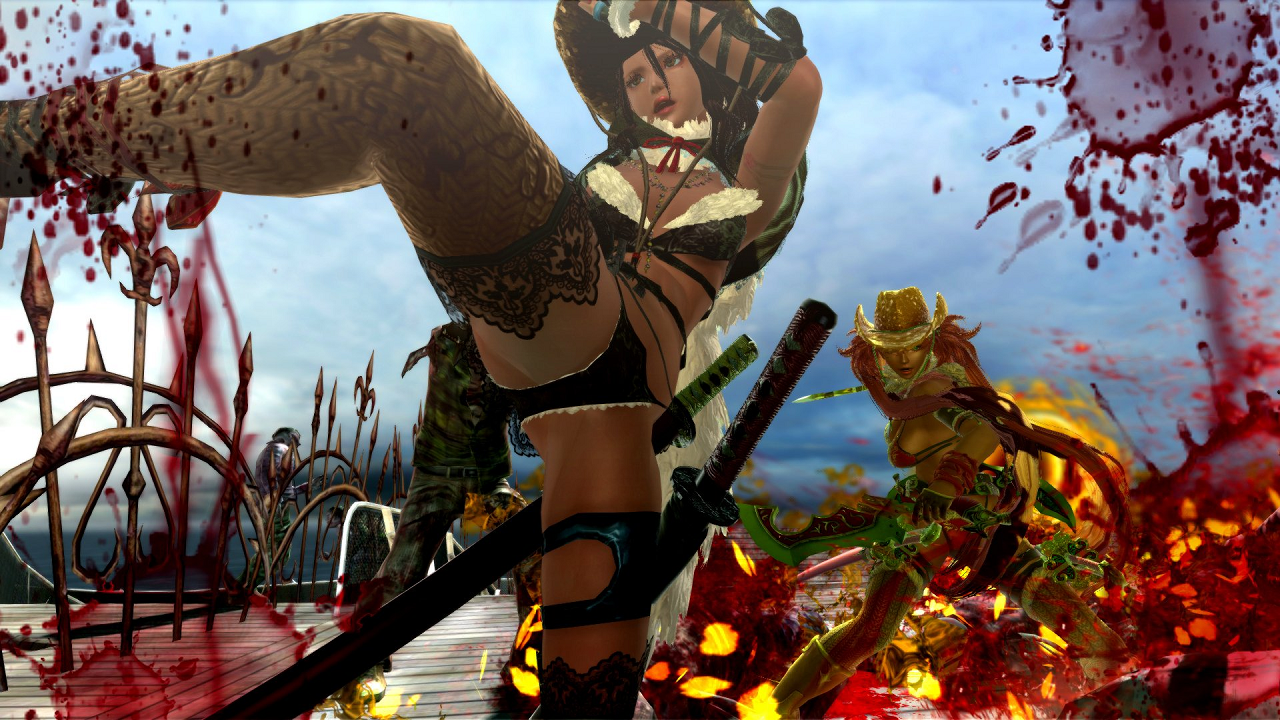 The size of the combo meter isn’t all that matters. New attack chains can be unlocked for each heroine using currency picked up during the level. This currency can also be used to purchase new weapons and rings to power up each character. So, there is a progression mechanic to add to playability.

The levels themselves get pretty fun. There isn’t much variety beyond killing, but the killing is good. The monster variety introduces a decent number of things to cut in half. Minigun toting zombies, land sharks, oversized hulking things, and more make appearances during the levels. The bosses tend to be a bit more interesting, require quick time events mid-battle that typically severs limbs. While quick time events usually suck, these are infrequent and use the PlayStation 4 touchpad to input. Actually making swipes that directly corresponds with the onscreen action is entertaining in very small chunks. 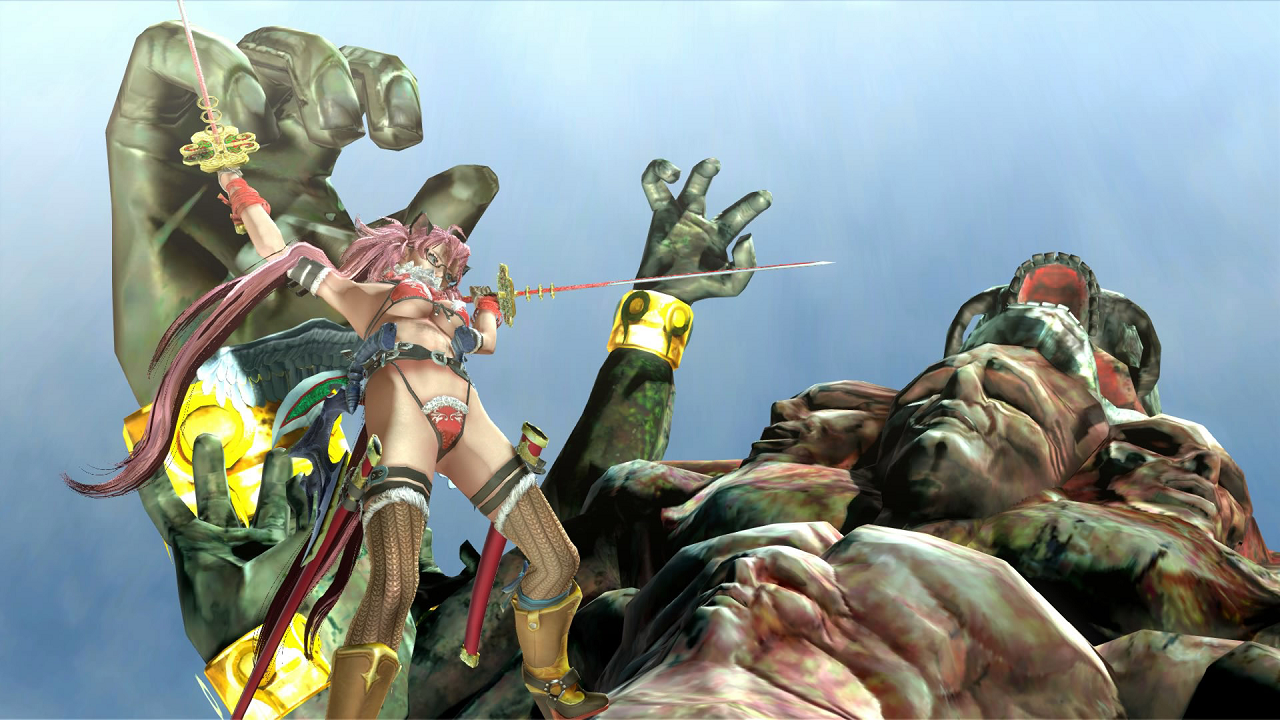 It’s a good thing that the combat is fun, because the longevity of the game relies solely on repetition. In order to see every unlockable item and trophy, players will be forced to replay the same levels of this short game a few times over. While this can sink other titles, the combat arenas afforded here do get pretty hectic, and offer a rather stringent scoring system to force improvement.

Then there is the costuming. The previously mentioned strawberries and banana costume is pretty useful, being as it is almost nude. While plenty of players would be happy with this cheesecake factor, and there is nothing wrong with that, it can also serve as a baseline to get stupid. Outside of the premade outfits, there are numerous unlockable accessories that can be placed anywhere on the character’s body. Using these with the almost nude costume can yield some interesting outcomes. It is possible to make a bikini out of toast. That alone is enough for me.

It should be noted that the story isn’t mentioned. That is because it is pure nonsense. The tale of Aya, Saki, Saaya, and Kagura comes as a direct continuation of a Japan only title. Based on what occurred here, it is reasonable to believe that it wouldn’t make a lick of sense to those that played the previous title. That’s okay, though. Not everything has to tell a riveting tale to be fun. 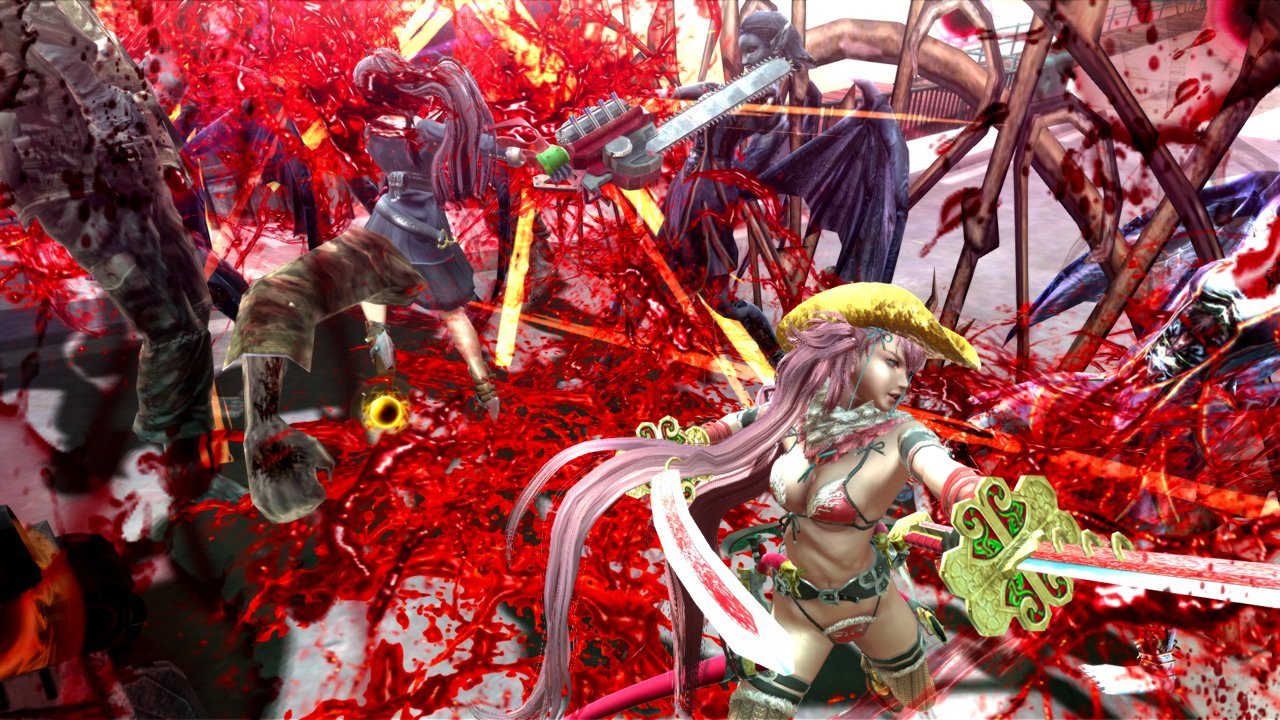 Part of the concept of this column is to go dumpster diving and trying to approach the bad in hopes of finding something worthwhile. As the price of Onechanbara Z2: Chaos becomes lower and lower, the ability to recommend it goes higher and higher. The best advice is to note that there are around three hours worth of levels, but a highly replayable combat system, with some side stuff that is amusing. Assign a monetary value to that and then watch as the price drops. It will; I spent $30 to get it new with the collector’s edition stuff and it was worth every penny. Results may vary on this one, though.