When Namco Bandai announced a reboot for their classic, gore infused beat ’em up, Splatterhouse, it was met with a resounding “oh, yeah. That old game existed.” While it was a trailblazer for violence and adult-oriented content in games, it wasn’t the most fondly remembered. The action was a bit clunky, and the Jason Voorhees masked hero controlled like he was receiving commands via telegraph. Still, it was a worthy franchise to resurrect, especially at the time when blood and guts were raking in the money. Bottlerocket Entertainment looked to be having issues closing the deal, though. Finally, Namco Bandai pulled the plug, and brought the title in-house to complete it. The more competent employees were brought along as consultants, and the title was finally completed, long after expectations dictated. The end results didn’t exactly set the charts aflame. Copies of the 2010 edition of Splatterhouse were best used by stores to gauge the general accumulation of dust to dictate local cleaning regimens, so it wasn’t a complete loss. 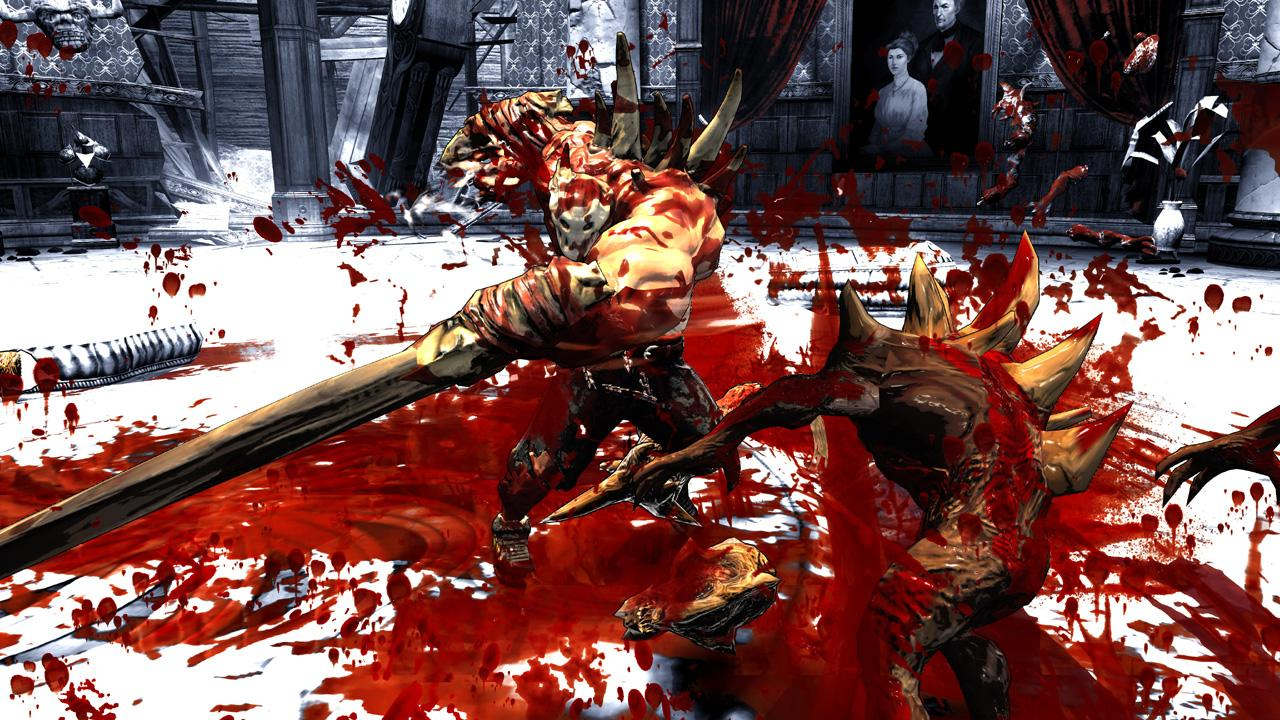 The thing is, while rough, there was actually quite a bit right with the reboot. The story centers around milquetoast Rick, as he joins his girlfriend Jennifer on a trip to interview Dr. West at a reclusive mansion. Apparently, the doctor specialized in necrobiology. Maybe I have the formula wrong on this one, but my math says “Out of the way mansion” plus “someone with ‘necro’ in their specialization” equals “are you #$%^ing stupid?”. Sure enough, Jennifer is kidnapped and Rick is left close to eating it. In his death throes, Rick finds a mask. A Terror Mask, specifically. This talking adornment offers Rick a deal: wear me and we’ll save Jennifer.  Having realized that his favorite hobby, navel gazing, is rather difficult with his intestines spilling out, he takes the deal.

What follows is a rather short, but somehow still satisfying adventure. With the new found mask, Rick has gained super strength, something that he is quick to use to great effect. Using a battle system very reminiscent to the God of War series, he is able to crush massive swarms of enemies using both his bare hands and found weapons. The combos are satisfying to use and some of the enemy groups provide a fair challenge. The latter is noteworthy, as it adds a modicum of depth. No one is going to claim that there is a deep strategy to playing Splatterhouse effectively. However, when tapped into the primitive part of the brain that this title encourages, one cannot help but feeling a primordial sense of intelligence for clearing the room by picking out the correct enemies first, drawing them to the right place to take them down. “Oog, me smart,” the player might say mid-game, only to realize later that no, the game is just the right kind of stupid. 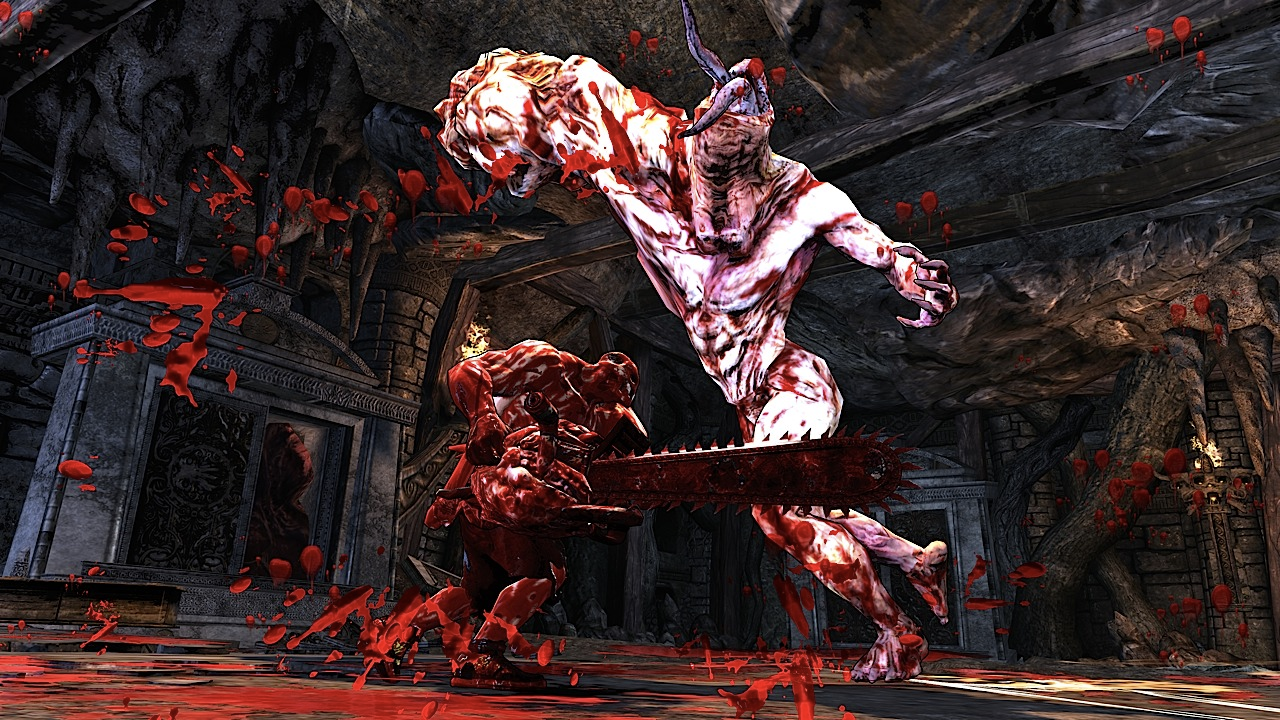 There are also segments where the game switches to the 2D plane. These tend to feel exactly as they are supposed to: a callback to the original titles. Only this edition tends to control better. Navigating the platforming required here is much less frustrating. However, using a 2×4 to transform a monster into a goopy puddle on the backdrop wall is just as satisfying. These sequences make one nostalgic for the old games while providing a good time. Should players decide to act on these sepia toned memories, the original three titles are packed in as easy to obtain unlockables. Parts one and two don’t really hold up. They were on to something with the more open third series entry, though. It can become frustrating due to the time limits, but there is some intrinsic value there.

To round out the package, Rick can be powered up via currency earned from squishing his foes and take the progress through to subsequent harder difficulties. More than likely, players will have him powered up all the way about a third of the way through the second run, but it is a nice addition. There are also pieces of photographs to collect. These… well, these come across as pandering, as they feature Jennifer in various states of undress. No one is judging anyone and they can be seen as a bonus for a particularly libidinous player, but one can’t help but feel that these come across as crass in this particular case.

It would be negligent to discuss Splatterhouse without bringing up the hilarious work of Jim Cummings in his role of the Terror Mask. Snarky and incisive, he brings forth a grim levity to the entire game. His mocking of Rick as the game goes on is a true highlight of the title, and make the game worth playing on his own. Considering his penchant for kid’s fare, his turn here is all the more surprising.

Still, for how fun the game is, there is a major, major flaw. As Rick weakens his enemies, they become susceptible to execution attacks. These provide bonus currency, health, and a resource recharge for activating skills. They are also woefully unvaried and long. As difficult as it is to believe, watching Rick pull the intestines out of a monster’s rectum can become tedious after the fiftieth or sixtieth time. It’s a problem that slows the pace of the game, and becomes aggravatingly  repetitive. As I am a Dynastry Warriors fan, the severity of this issue should be doubly noted. 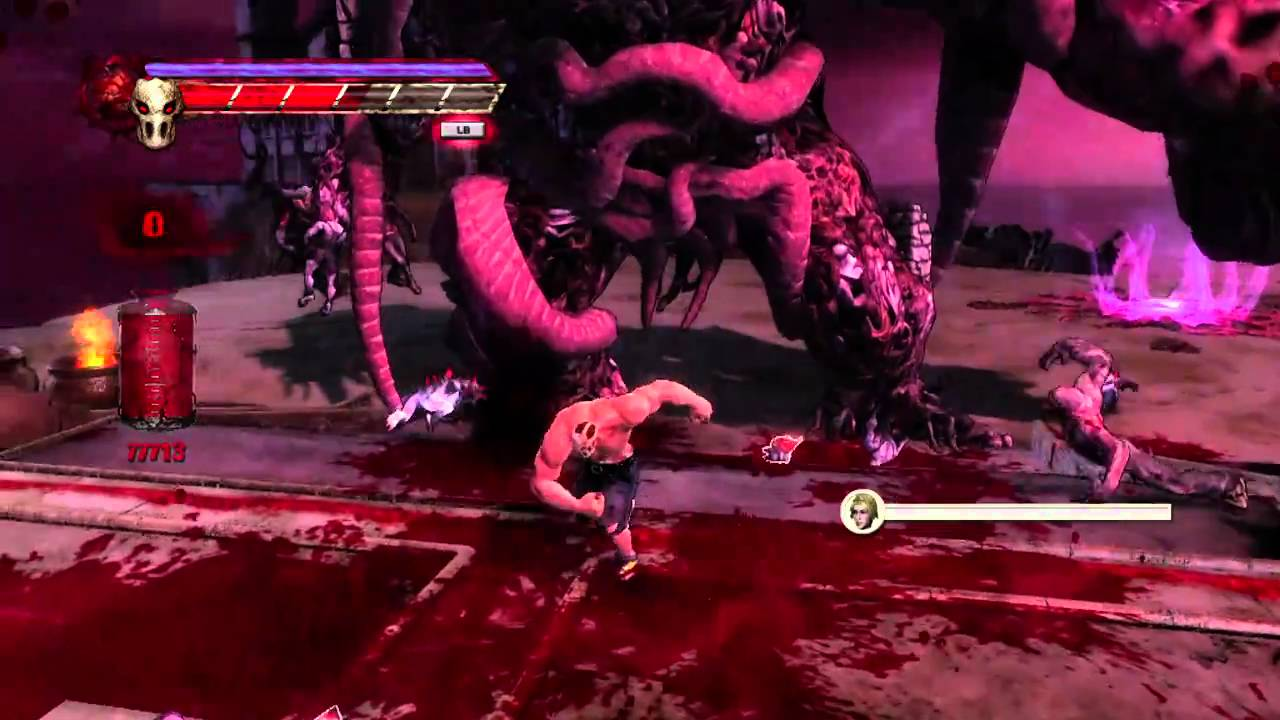 While far from a perfect game, Splatterhouse is an excellent adventure for horror and camp aficionados.  Like a film from Troma Studios, it takes events and subjects that should be treated with a harsh, terrifying sense of fear and makes it a comedy romp. Dark, dumb and silly, it is everything that people who fondly remember the originals would want. The executions become annoying, to the point that this title should only be played in small doses, but the game is short enough that anyone who decides to power through in an afternoon certainly can. As it tends to go for around ten dollars, a recommendation is easy.