With the recent release of Star Trek Beyond, the console version of Star Trek Online, and Halycon 6, a title that took heavy influence from the venerable series, the crew of the Enterprise has been well and firmly placed at the front of the brain. With this mentality, there could be no better way to taper the excitement than to inflict upon one’s self Digital Extreme’s less than well received Star Trek: The Video Game. With a Metacritic rating of 43 and generally poor sales, and the fact that this very site gave it a 1.5/5, the title is was pretty much guaranteed a look in this column.

Taking place after the events of the initial J.J. Abrams reboot, but before its sequel, Star Trek tells the tale of an experiment gone wrong, called the Helios. Some Vulcans were attempting to create an infinite energy source to power the settlement of New Vulcan, on a planet that’s a tad less exploded than their old one. Things go awry, as they are wont to do, when some Gorn decided that it looks pretty nifty and decide to steal it. 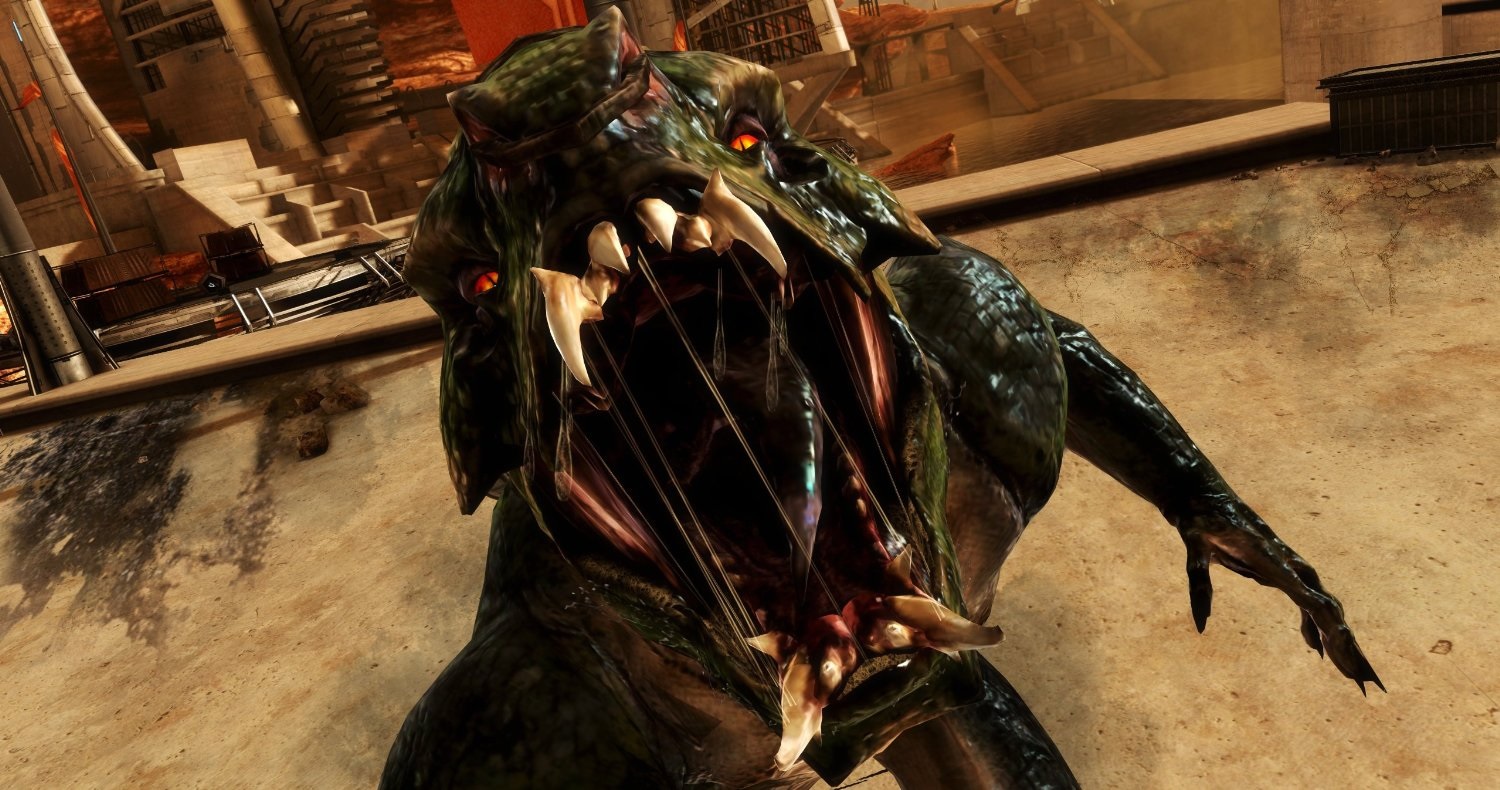 Truth be told, the game started off well. The Enterprise answers a distress call from the station orbiting a sun, where the machine is kept. Kirk and Spock decide aboard the beleaguered outpost to figure out what is happening. Now, even in Star Trek terms, an away team of two heading into unknown circumstances is a bit far fetched, but the game makes it work. Before long, the duo are using their phasers to stun, mindmelding with Vulcans who have been infected with…something that makes them deranged, scanning the environment for clues with their tricorders, and solving light puzzles to open doors and stop errant wheels. The opening portion does a great job of capturing the feel of Star Trek, especially the reboot, with rollicking escape sequences, and decent banter between the two protagonists. Initially, it seemed that this was a title that got an unfair shake the first time around. This sequence was really well paced.

Not long after the prologue, though, the gameplay degrades and collapses. Some of the puzzle solving is still present, but the subsequent levels instead focus on the cover based combat. The mechanics of the game’s focus has the feel of a Borg assimilation of Gears of War that swapped in Popsicle sticks from their classic metal and electronics. The combat can’t even reach the level of “serviceable” that other knock offs and cash ins manage. “Serviceable” is what the title pines for, staring at the heavens. The thing is that the weaponry feels low powered and ineffective, enemy AI likes to take cover in the open, and the sound feels muted. These sequences alternate between dull and annoying. The latter part is especially true when the game will continually respawn foes in order to gate the player’s path and force circumvention through other means. Not that a hint is given. 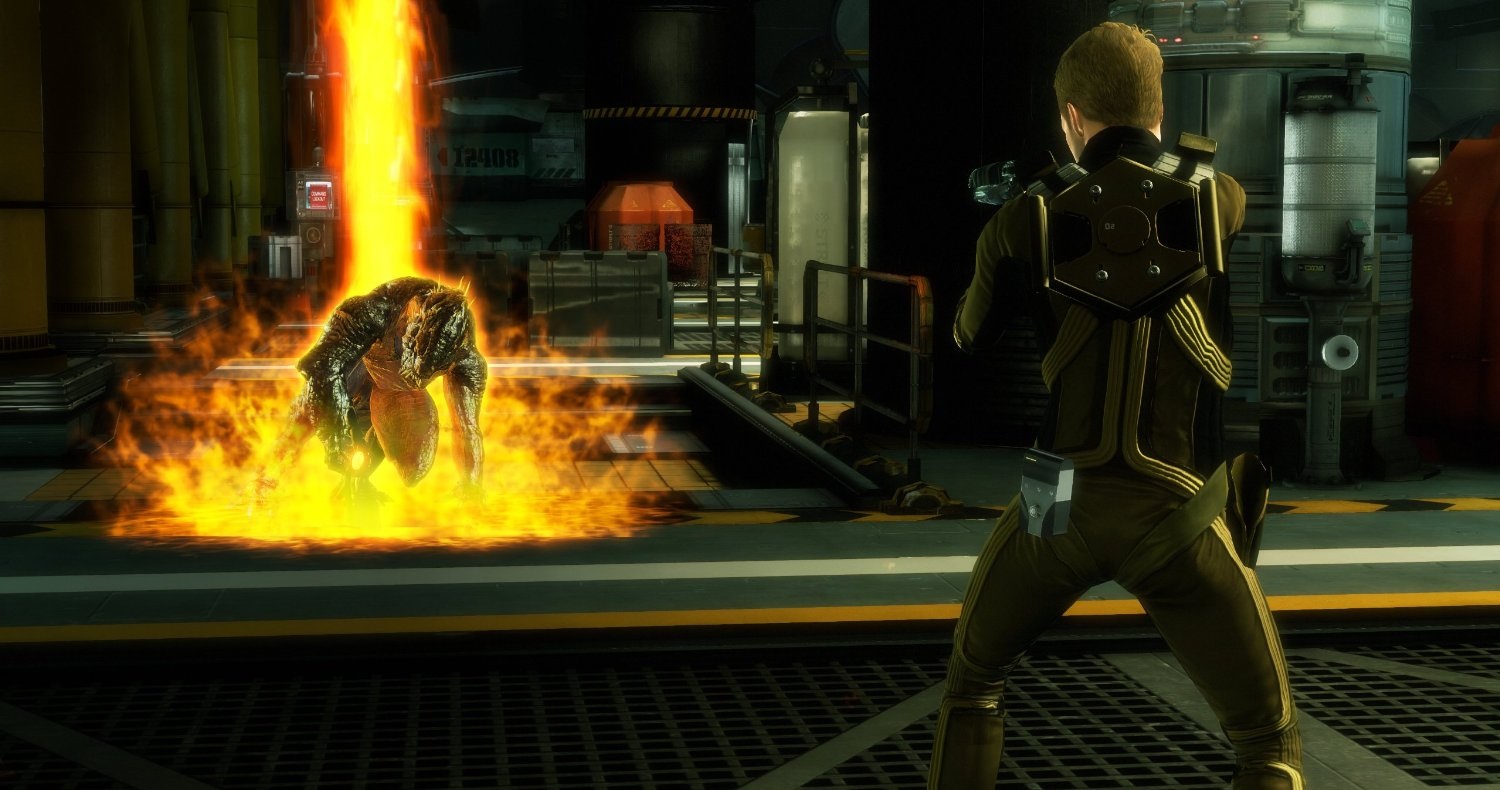 Hints are given plenty of other times. Over the course of the game, if a switch needs to be flipped it will be advised. Ad nauseum. No “Captain, I think we should look for an alternate path,” but players will be well informed of doors, how they operate, and their purpose in the grand scheme of life, the universe, and everything. The fact that Chris Pine and Zachary Quinto lend their voices doesn’t help matters. They seem just as annoyed as the player when these “hints” are delivered.

In regards to the characters themselves, when playing as Spock in a solo campaign, Kirk reveals himself to be even more libidinous than he has ever been portrayed before. That automated turret looks pretty hot to him, and he will bolt towards it for a loving embrace, believing that the incoming ordinance is it playing “hard to get.” When he inevitable collapses in heartbreak, the player is extolled to revive him. Experience shows that doing so will cause the famed captain to make another pass at the machinery, persistence some people would classify as “stalking.” Kirk believes that he’s a true romantic. He’s still a player, though, as he can often be found engaged in passionate make out sessions with walls, general outcroppings, Gorn, and flying needle machines. Trying to direct him to a specific place won’t alleviate matters, either. Nothing comes between James Tiberius Kirk and the current object of his affections.

The bugs don’t just end there. Star Trek managed to hard crash my PlayStation 3 during a cutscene, which was extremely frustrating as the “slowly walking to the office” portion had to be replayed. It also glitched out completely on a timed objective when finishing it right when the countdown hit zero. It said I failed, but it couldn’t be completed after reloading the checkpoint. The entire level had to be restarted. As these levels can be long, this led to the creation of sixteen syllable expletives. 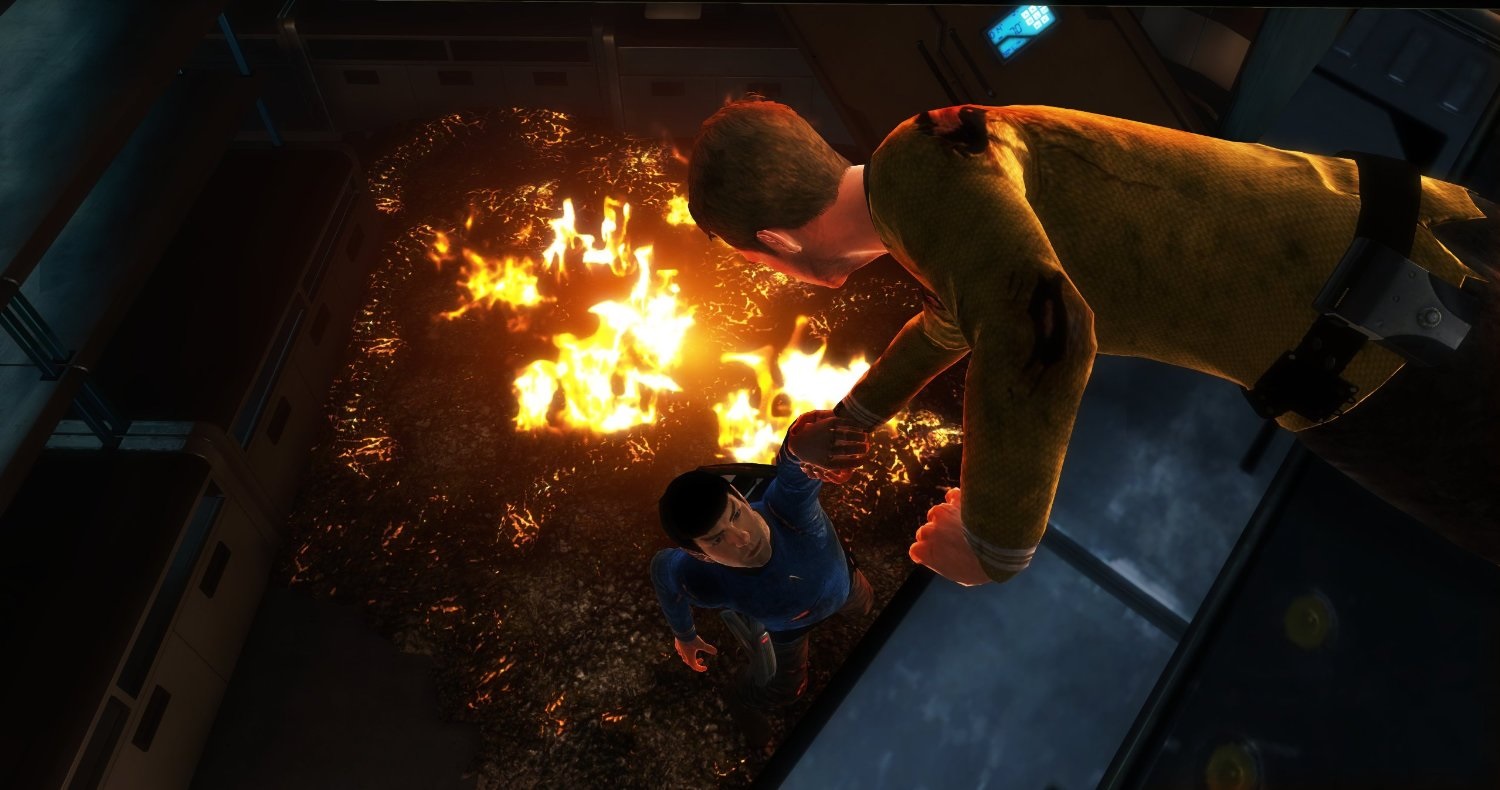 Oh, heavens no. The game does an excellent job with the prologue, introducing the various mechanics and how they work, but from there, it must have drowned itself in Romulan ale as it quickly jettisons what made this sequence successful. The aftermath of this binge features lackluster objectives and some of the worst combat this side of a theoretical “Clown vs Viking” deathmatch. Buggier than a Volkswagen dealership, and more irksome than the persistent itch on Kirk’s crotch, Star Trek: The Video Game simply isn’t worth the time.