As a game developer, Grin had somewhat of a spotty history. While they put out an excellent and faithful remake in Bionic Commando Rearmed, they were also responsible for the baffling Bionic Commando reboot (spoiler for a future entry of this very column). To pay the bills, they found themselves taking on licensed properties to some success, but were never able to get their own original projects off the ground. It’s a shame, because they actually were a competent company that seemed just on the cusp of doing something truly special. One of the licensed titles that they turned for Warner Brothers and Universal was Wanted: Weapons of Fate. This particular title managed to earn a 62 on Metacritic and flatlined on store shelves. Still, gamers have on occasion admitted to this being a guilty pleasure.

For those of you who missed it, the movie Wanted was based around a guild of assassins (the Fraternity) whose creed was to murder anyone whose name is found in the cloth produced by a gigantic loom. Wesley Gibson is a new inductee of this guild, earning a spot due to his heritage. During his training, he learns the guild secret of “bending bullets,” which allows him to curve the path of the projectile around corners. I, er, good gravy, this movie is stupid! It’s also pretty awesome, assuming the viewer can divorce themselves from the existence of the Mark Miller comic. That’s what the script writers did, anyways. 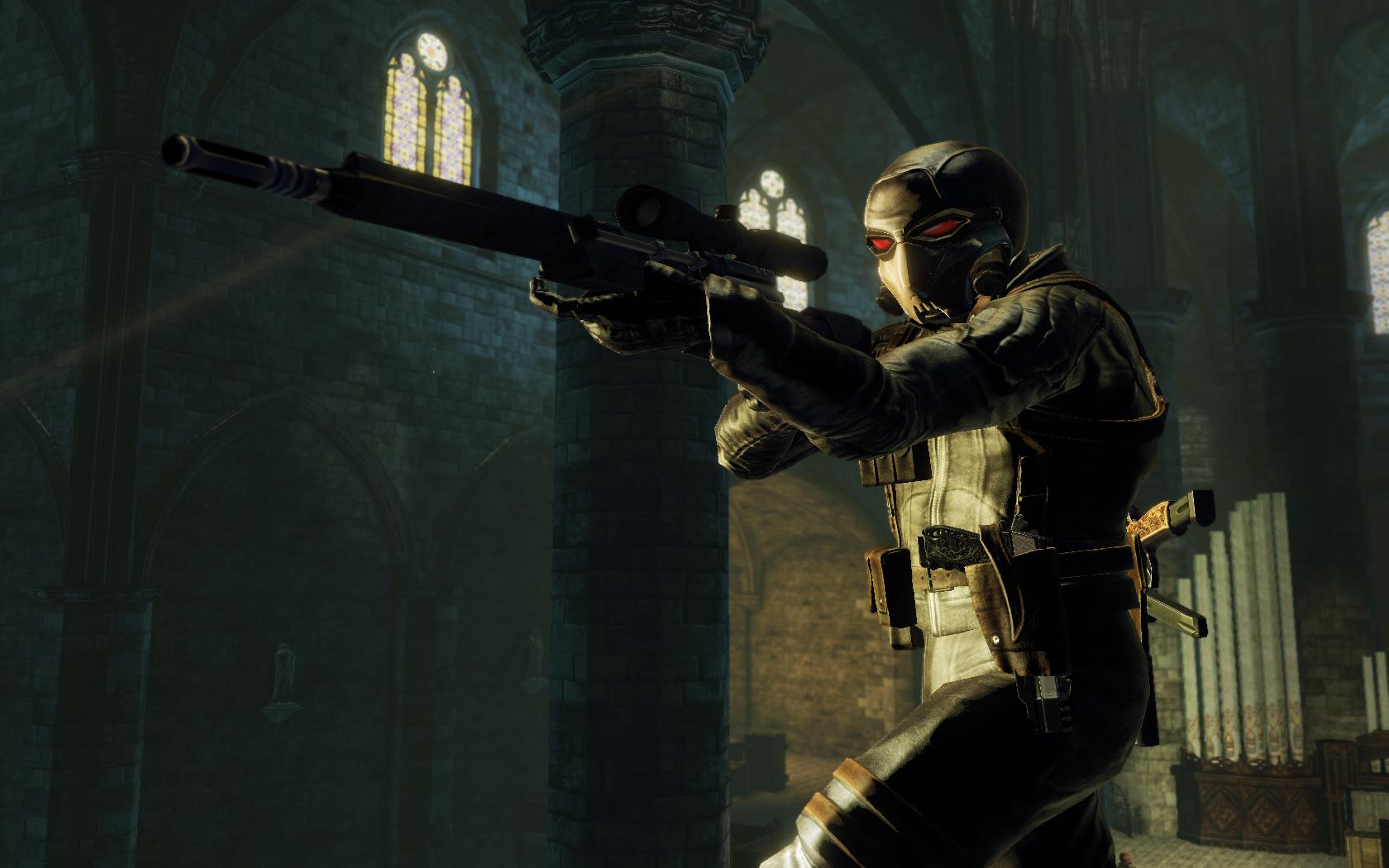 As a licensed product, Wanted: Weapons of Fate chooses to go the preferred route. Instead of retelling the story from the film, it serves as expansion of the tale. Taking place both before and after the events of the movie, the drive of the story is on Wesley discovering what fate befell his mother and how his father ended up running afoul of the Fraternity. During his quest for information and vengeance, he must contend with other, colorful villains gunning for him. The scenes that take place in the past has the player controlling Wesley’s father.

Mechanically, Grin managed to nail the tone of the movies quite well. The gameplay is that of a cover based shooter. The controls are easy enough to allow Wesley to move quickly from one point to the next, utilizing a variety of pistols and automatic weapons. Moving quickly enough allows him to enter an enhanced, adrenalized state. This confuses the enemy and makes even basic flanking maneuvers feel like a super power. Of course, Wesley also has the power to bend bullets. Particularly well placed shots results in the camera following the round to its mark. These features render cover pointless for enemies and gives the players a great feeling of empowerment. 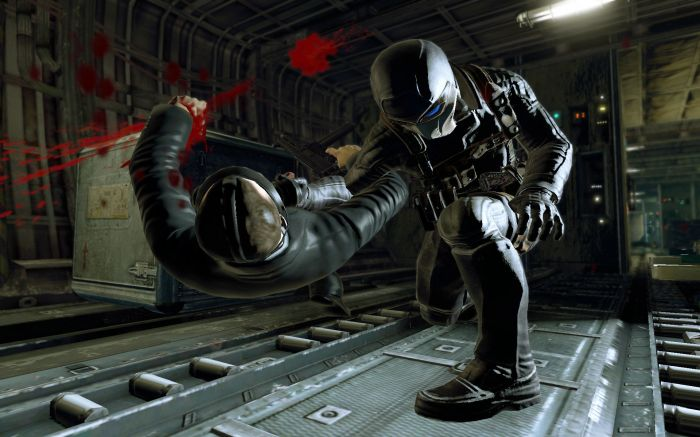 There are also a plethora of well done set pieces to be found. Particularly memorable is the extended gunfight on a jumbo passenger jet. Pushing service carts forward to gain ground and moving through the seats while contending with the onslaught of heavy fire is an exhilarating experience that culminates with driving a sports car off of the plummeting plane. This title is littered intense moments like this, making it difficult to put down. It just manages to create an extremely strong desire to see what will happen next.

Despite these moments, there are some obvious corners cut. Even compared to other titles at the time, the graphics can seem a tad muddy and underwhelming. This shows through in the cut scenes, where close ups and panning shots highlights the lack of detail. The design and features were the obvious priority here. Fans of the film might also lament the lack of James McAlvoy’s voice for the character of Wesley. While Jimmi Simpson does turn in a reasonable facsimile, it is still odd to have someone else’s voice come out of the actor’s likeness. Finally, the game is short. Depending on the difficulty level chosen, this can be completed in between three to four hours. Considering that this originally released as a full priced title, one can imagine why even the most ardent fans of the film gave it a pass. These are minor issues to note now, but issues nonetheless. 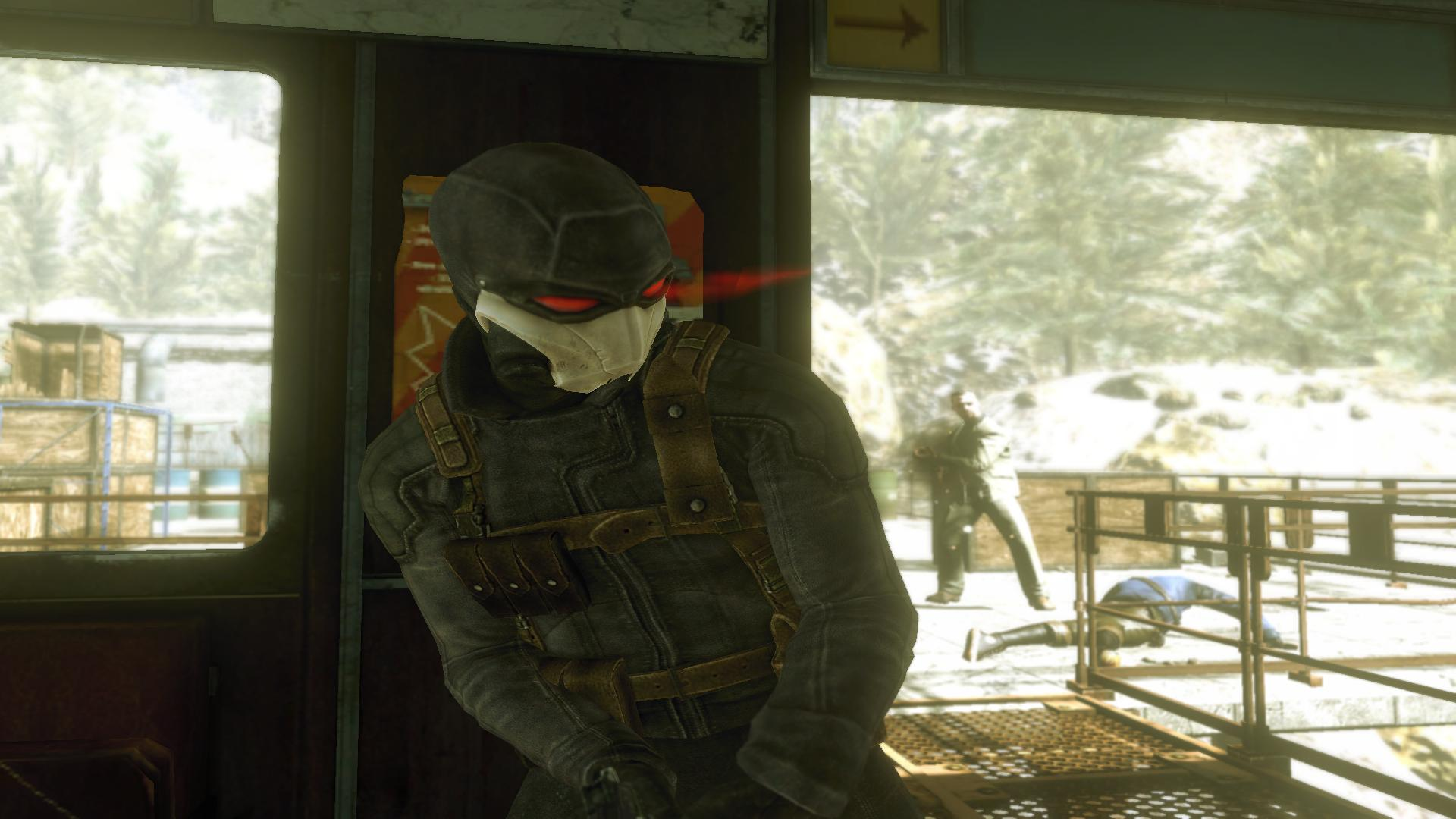 The answer to this question relies on the ability of the potential player to turn their brain off. Folks who could appreciate the gleeful idiocy of the film will have a great time here. Wanted: Weapons of Fate manages to be just as foul-mouthed and violent as its source material. Just like the movie, it could  be viewed as misanthropic. Also just like the movie, the audience that views it that way is missing the fact that it’s wearing a big red nose and firing volleys of silly string at anyone who tries to take it seriously. If this sounds appealing, then a copy can be picked up on the cheap.