Gothic was a moderately popular computer RPG in the early 2000s that confused some gamers when it did not name its protagonist something like Olli Wisdom or Nik Fiend. It never became a household name, but did enjoy enough success to justify making a few sequels, the last of which was 2010’s Arcania: Gothic 4. The previous sequels were simply Gothic II and Gothic 3 (Arabic or Roman, pick one!), but Arcania has the Gothic moniker being relegated to nothing more than a tiny subtitle. Common criticisms of Arcania were that it was so dumbed down and simplified it was Gothic in name only, which could have been the developers attempt at a fresh start. We live in the age of game reissues, some of which make more sense than others. Porting a five year old PC game to the PlayStation 4 that got mediocre reviews at best (63/100 PC Metacritic and 42/100 PS4 Metacritic) makes not a modicum of sense, but it was ported and I couldn’t resist a cheap RPG.

Arcania takes place ten years after the events of Gothic 3 starring a brand new protagonist. Our nameless hero is a farmer, and while toiling away in the fields all day will help build a strong physical body, somehow he is also an expert combatant, mastering the sword and bow almost instantly with minimal training, plus he also possesses some decent spell casting acumen.  The story is about as paint by numbers as can be, nameless farmer killing machine boy goes off on an adventure, returns to find his village burned and his loved one dead, and sets off on a quest for revenge that ends up uncovering much more powerful demonic forces at play than he imagined.

The story is a generic yawn fest that does not have the strength to hold anyone’s interest. As the vengeful hungry warrior who either needs to shave or grow a proper beard travels the land of Myrtana in his quest he encounters many NPCs who need assistance, and will only assist him if the player chooses to help these people, which there is no choice. You must complete their quests, and these are the laziest and most incompetent NPCs encountered in any RPG. Whether this was an intentional choice by the developers to make fun of help the commoners type of quests or they were just lazy themselves with coming up with quests, they are what the are. I am inclined to think the former, since nameless farmer revenginator expresses his exasperation when taking on the majority of these chores. 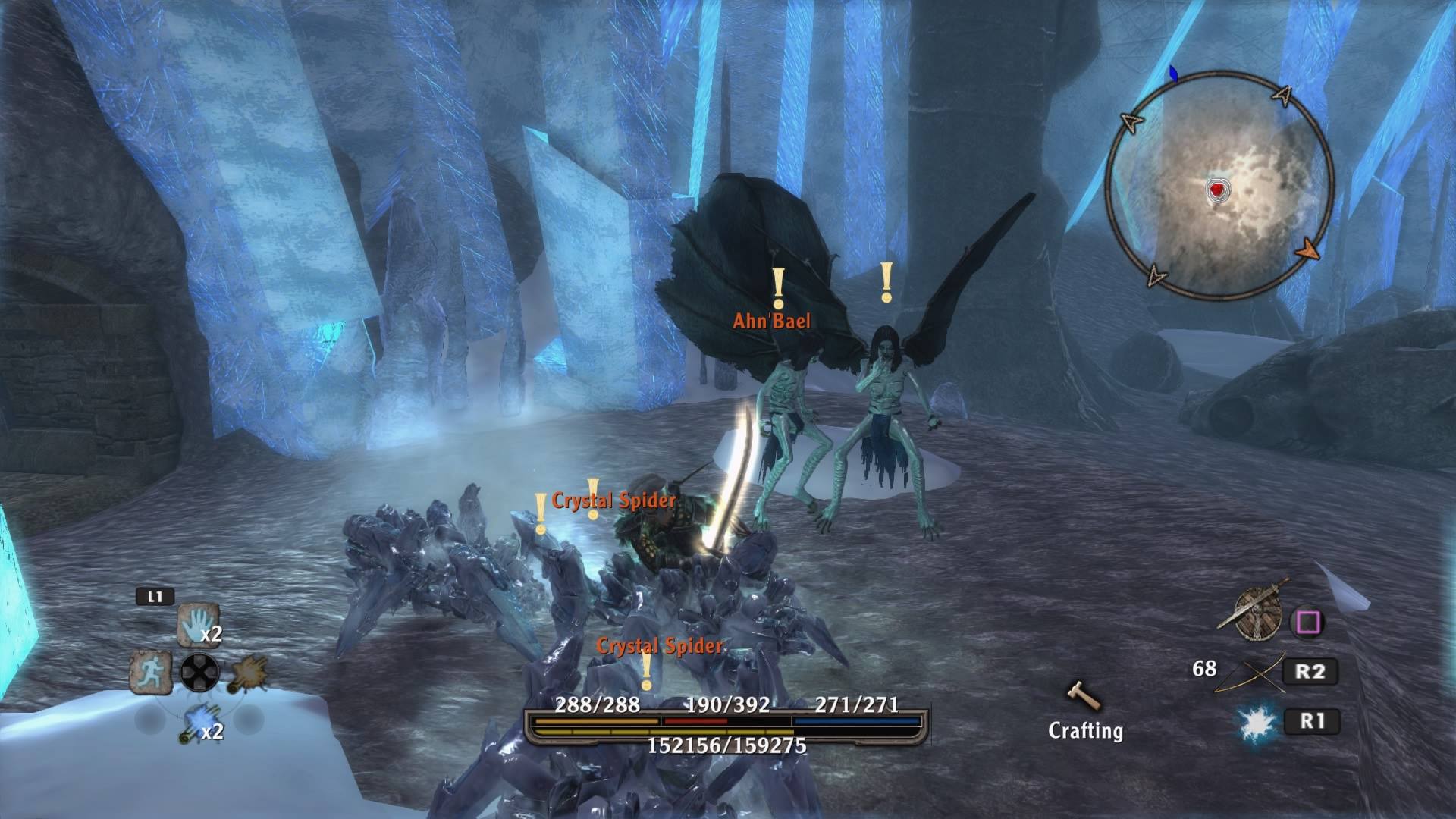 When dealing with reissues, one needs to take the original release date into consideration when judging the graphic quality. The graphics do look like they came out of 2010, though they could pass for 2009. While looking older than your actual age does have some benefits at certain stages of life in regards to alcohol and cigarette purchases (Editor’s note: Hardcore Gamer does not endorse or condone underage smoking or drinking) video games do not enjoy these vices and thus looking older than they are serves no benefit to them whatsoever. The voice acting is definitely B movie quality, with the only real entertaining segments are the widower farmer turn adventure’s snarky remarks in references to the people he meets on his journey.

With a story as bland as air flavored ice cream and graphics that pushed no boundaries, the only thing that can save Arcania at this point is its gameplay. Surprisingly, this title delivers in this area. As this was originally released on PC, it was meant to be played with mouse and keyboard which works great for isometric RPGs and FPSs but action RPGs like this seem like it would be better suited for a controller. As I played the PlayStation 4 version, the controller is what I used and it actually ended up being a lot of fun. Demon killer anonymous can switch between his melee weapon, bow, and magic spells quite easily, allowing a number of different combat styles. He has a dodge roll, which I actually got more use out of just rolling for the sake of than actual battle strategy. There is a vast open world to explore with many secret collectibles to uncover, though if memory serves correctly most of these things serve no purpose beyond collecting them for the sake of collecting them. We aren’t talking battle action on the scale of anything like God of War III, also from 2010 if someone wants a contemporary title to gauge graphic quality, but for an action RPG it does deliver an enjoyable experience. 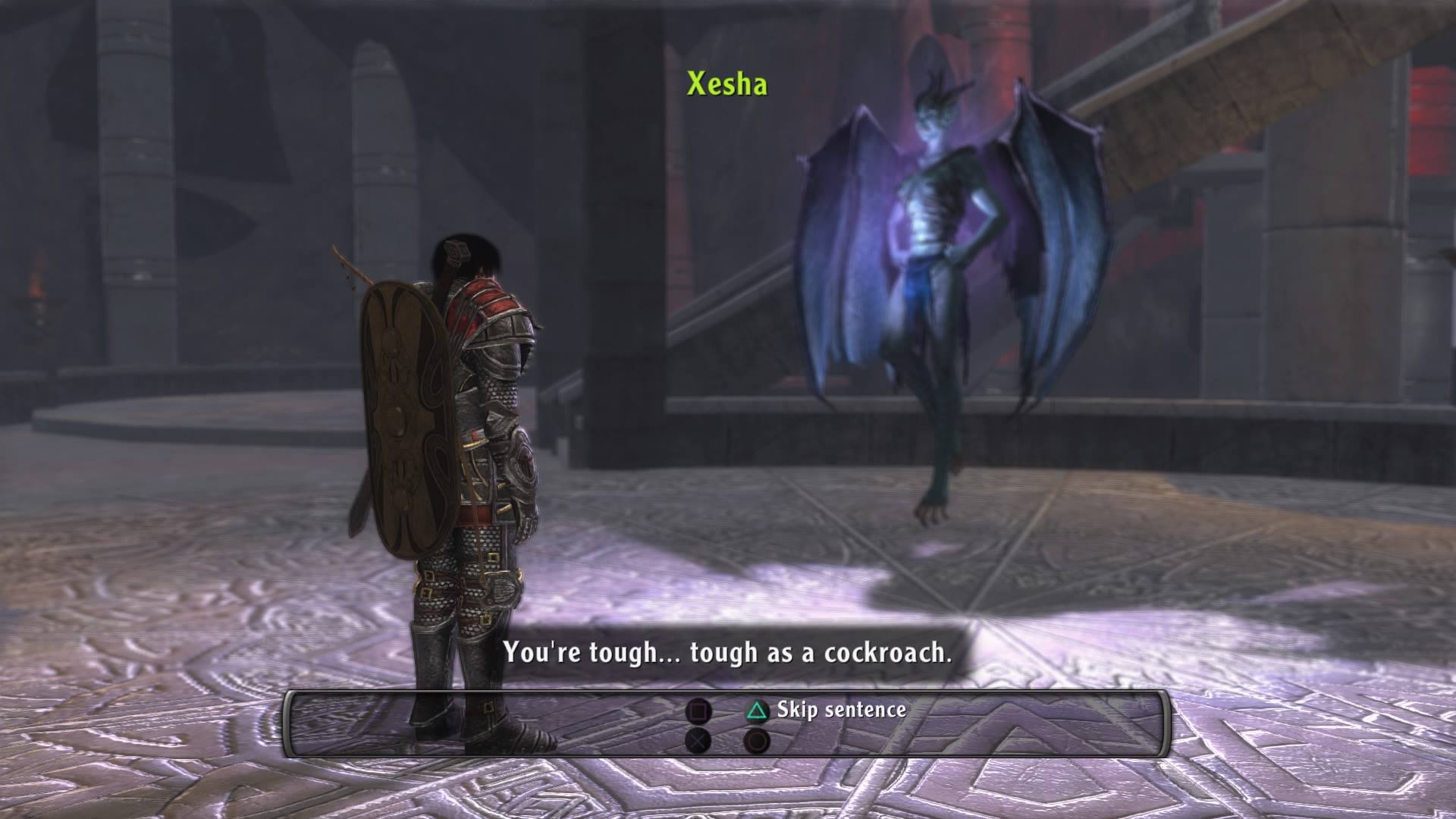 Arcania: Gothic 4 is as simple and generic as they come. It’s also fun once you accept it for what is it. If you expect an experience on par with something like Dragon Age, Diablo or Zelda, it will fall so short of those expectations it will make Molyneux’s Fable claims seem modest. Arcania is basically a B movie action RPG; it’s not particularly great, but there are people who will find things to enjoy about it. There are several better action RPGs out there, but sometimes a generic fantasy world isn’t a terrible setting for a game. This one can be found for cheap nowadays, and as long as the expectations are kept to a minimum, it can be an unremarkable and forgettable but enjoyable title. The fact this was ported to the PlayStation 4 still baffles me, but that is not to say I didn’t enjoy playing through it.