As a kid, I was really, really dumb. One could argue that not much has changed, but the specific point here is that I played a massive load of dreck not realizing how bad it was. Being a child with a five dollar a week allowance resulted in a weekly NES game rental with some change left over. As whatever title rented was it, I would typically gravitate towards licensed games. These were characters I knew and liked so it should be okay, was what passed for logic in my young mind. This resulted in the likes of Dick Tracy and Roger Rabbit spending more time in my grey box than any sane person should allow. Being a fan of action movies, I would often record network edited versions of R rated classics and watch them over and over, giving me an appreciation for the likes of Dirty Harry and Mad Max that also translated to bad times in gaming form. There was one movie that really captured my imagination, though: Die Hard. The network edit was one that I refused to tape over and it was the film that I watched more than even Teenage Mutant Ninja Turtles or Transformers: The Movie. So, of course I played the game. Seeing as how it is both the holiday season, and we lost actor Alan Rickman this year, it is only proper that this month’s Lowered Expectations focus on the NES title.

Now, it is acknowledged that this Activision published game first saw release on the Commodore 64 in 1990. However, while the C64 was a popular home computer, most people know this title for the incarnation that found its way to the Nintendo Entertainment System in 1991. More accurately, it’s known for the mockery it received form the likes of the Angry Video Game Nerd and the Irate Gamer. Bagging on this game became the accepted trope. The thing is, I honestly had fond memories of playing Die Hard on the NES. It captured the “one man trapped against impossible odds” tone of the Christmas classic, while doing some interesting things with gaming in general. Considering that I was dumb and had any sense of good taste in games eroded by the likes of Total Recall, I realized that I could have been wrong. 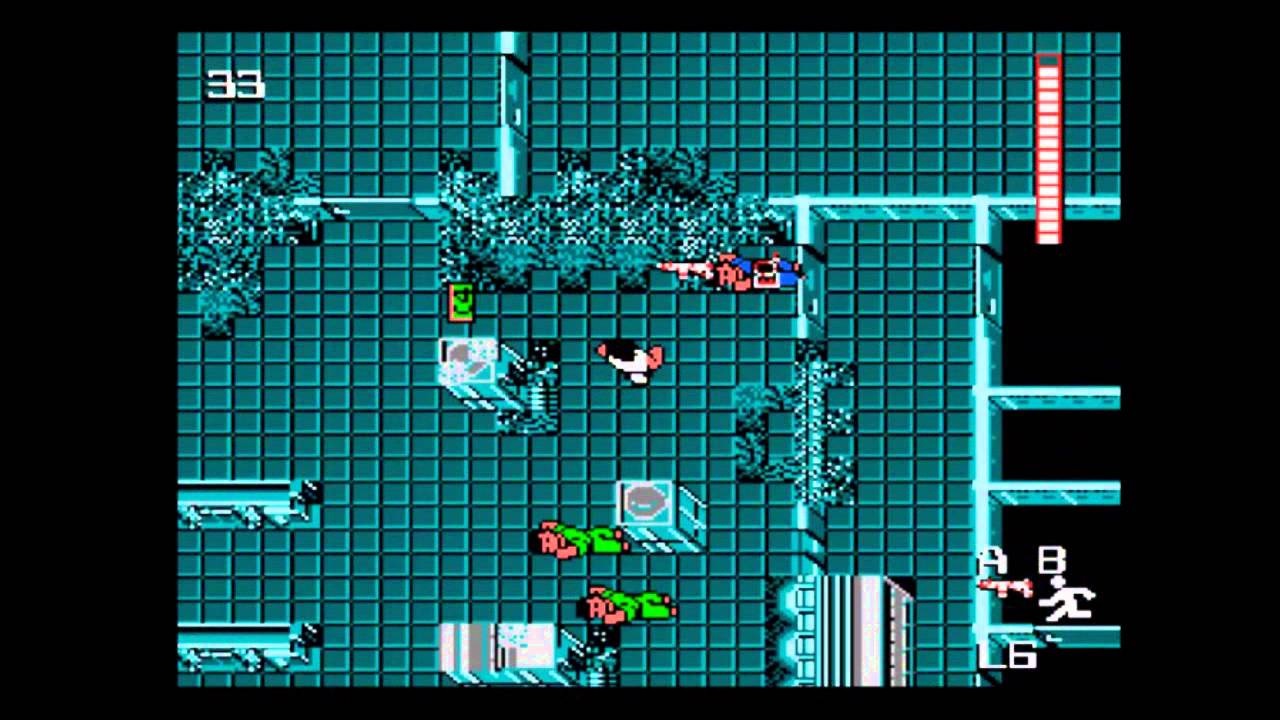 Playing the game again revealed one startling revelation immediately: the controls suck. Running around works well enough, but aiming can only be done from eight angles, making lining up a shot ridiculously tough when surrounded by gun toting thieves. Until acclimation is obtained, players can expect to find themselves perforated by the much more competent enemies as the hero runs straight towards the incoming rounds. This is alleviated when the player gets a machine gun (ho, ho, ho), allowing them to spray the field. But, assuming that the inputs can be conquered, what does this game really offer?

The game casts the player as John McClane on Christmas Eve. On a trip to (hopefully) reconcile with his estranged wife, Holly, he finds himself awkwardly at a party. While doing what any sane man would do during these festivities (hide in an office), the party is attacked by presumed terrorists, with John being the only one not captured and therefore able to save the day. This should all sound familiar.

Players take control of John as he attempts to stop the robbers from completing their objective. In essence, it’s actually somewhat of an open world title, with the “world” being a handful of the upper floors in Nakatomi Plaza. These floors are populated with forty terrorists that must be methodically removed from the equation (read: shot in the danged face). Taking place from an overhead perspective, players must carefully make their way through the floors, hunting the foes in a fashion similar to the Rocksteady Batman games. If the terrorists see John, they will call for help. This tends to lead to a bad outcome. 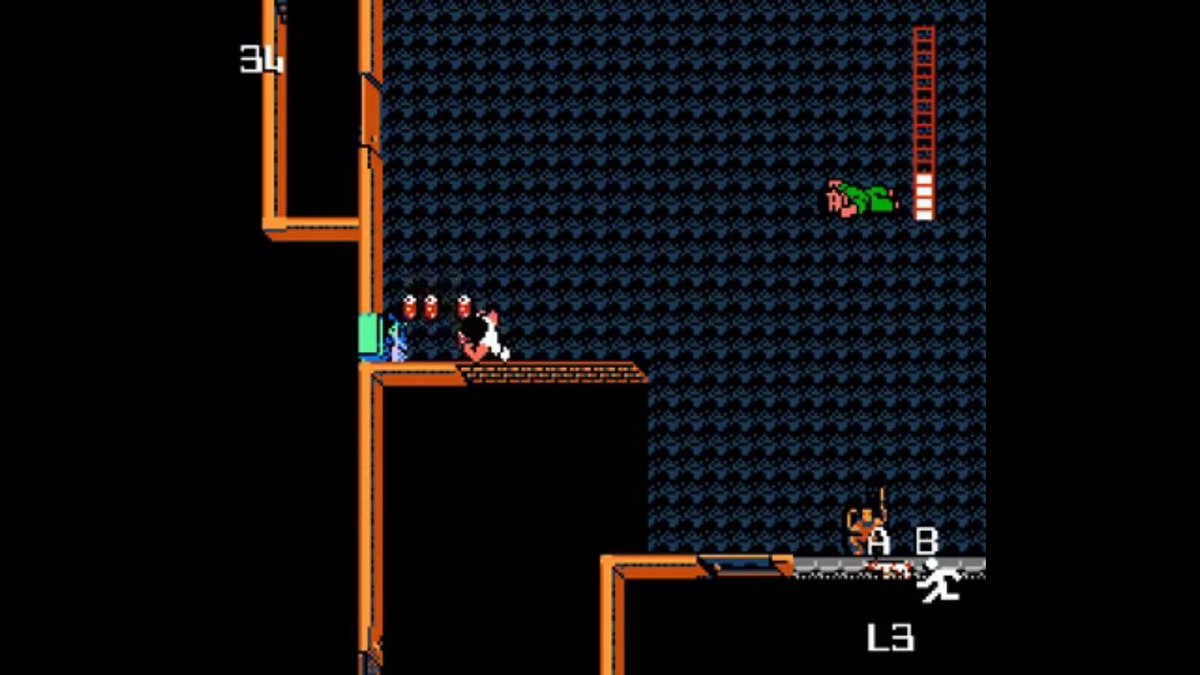 The title does a great job of building tension and encouraging careful stealth. Line of sight is well represented, as areas on the map that John would not be able to see are blacked out with shadows. This works two ways, though, as enemies have the same handicap. This means that careful tracking and waiting for the right time to strike becomes a large portion of the game as the player works diligently to whittle down the number of foes populating the area. The problem is that there is also a timed element, since the safe that is the terrorist’s true goal is slowly being drilled out. Once they have access, it’s pretty much game over. So, the game stole ample elements from the original Metal Gear, tweaking them in interesting ways.

There are also two meters to track throughout the game. The first is the expected health, which can be replenished with soda cans found in various places through the building. McClane’s bare feet must also be monitored. As in the film, he has no shoes, and the thieves love shooting out the windows. Ruined feet hampers movement horribly, adding another element of strategy to split second decision making. There will be times when the player is trapped, and the quickest way to reach a stairwell, the game’s designated safe zones, is through glass. Is there a known first aid kit on another floor available to repair the damage, making the damage worth it, or is it better to attempt to outwit the encroaching gunmen in a game of hide-and-seek? These moments just work.

This was also one of the few early games to have a branching storyline based on actions taken by the player. Elements, such as stealing and holding onto the detonators, can radically change how the heist plays out. There are little story vignettes detailing scenes from the movie, such as the police APC getting hit with a rocket launcher, as well as new ways for things to go down. Most of these deviations from the movie are fail states, but the ability to affect the story was a revelation to my young mind, and it still holds up well today.

Surviving long enough and doing enough things right will eventually open up a final showdown between John and the villain, Hans Gruber. Taking place on a previous locked out floor, players will need to finish off what remains of the forty and successfully gun down the sour kraut to win. This end sequence is one of the more memorable of my childhood, demonstrating the culmination of efforts made throughout the playthrough and reaching a satisfying conclusion to a hard fought run. 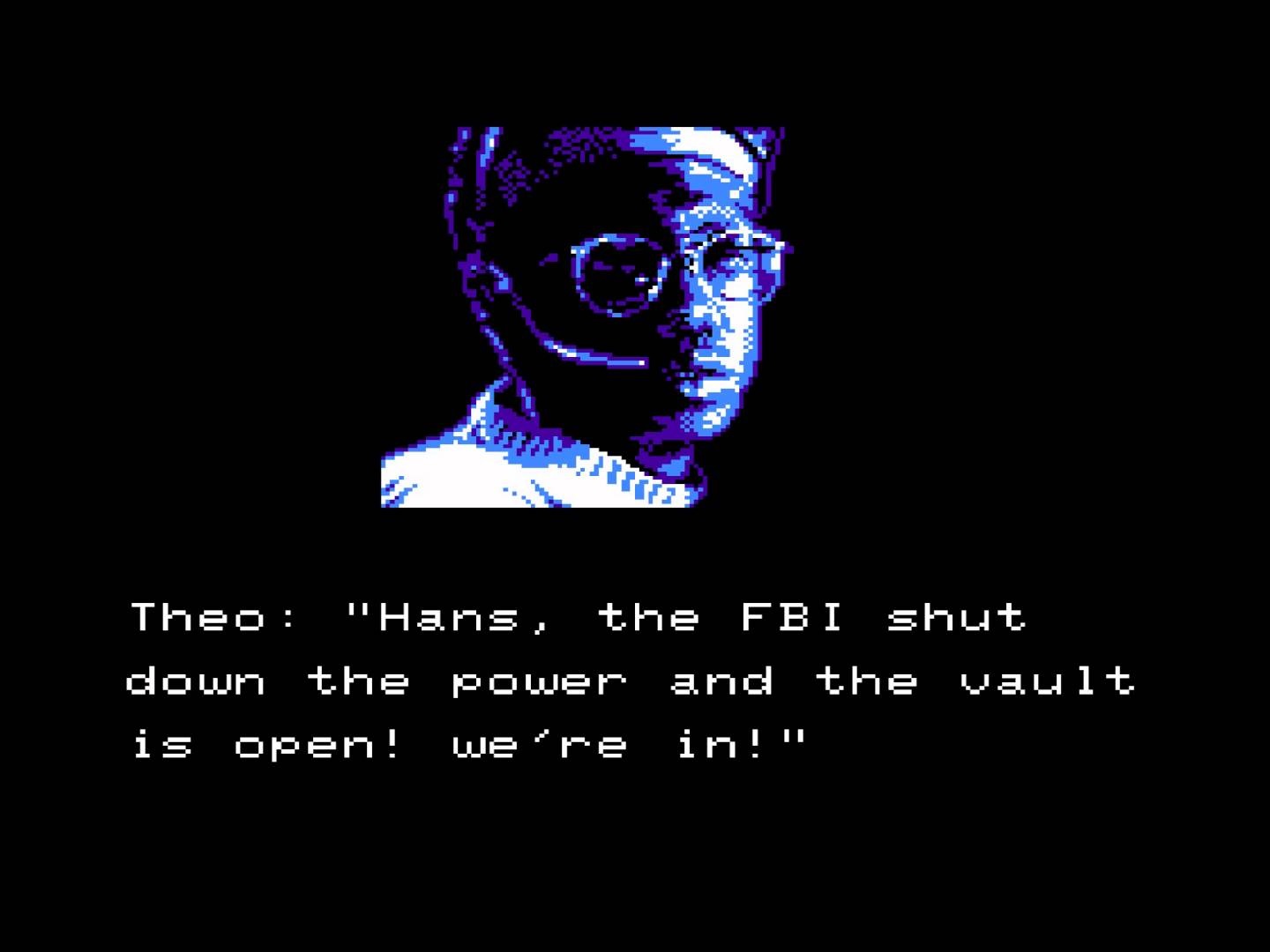 Normally, one of these columns is dedicated to finding something reviled or ignored and trying to find a bright spot, usually for a title that wasn’t experienced when it first came out. This time, the game was something that was near and dear to my heart. Still, even willing to accept that there were flaws, all that could be found were the controls, which were hampered by the inputs available at the time. In practice, Die Hard for the NES was a game well ahead of its time, offering deep mechanics and unique ways to attack the situation. It’s filled with tense moments while still letting the player feel like McClane as he saves the day. One could look at this as a harbinger of titles like Hotline Miami, and one that deserves recognition as an immensely influential game. The only thing preventing a recommendation for immediate purchase is the fact that a loose, cartridge only copy tends to go for around $100 at its cheapest. While highly unlikely, here is hoping that we’ll eventually see a Virtual Console type release so that this piece of history can be re-explored. Here’s also hoping that I avoid the temptation to figure out a way to play the Lithtech powered Die Hard: Nakatomi Plaza next year.