Castlevania games have never been shy about experimenting with their format. This has led to a mostly great legacy of games across console generations with some of the particularly strong entries existing on handheld platforms. The venture into the 3D realm is something that they have had inconsistent results with, and despite the the 78 metacritic score, Castlevania 64 is among the top contenders for biggest personal disappointment throughout my decades as a gamer. The subsequent 3D Castlevania titles did fare better, and in 2010 they did a 3D reboot of the classic Castlevania tale with Castlevania: Lords of Shadow for Xbox 360, PlayStation 3 and PC. Be warned, heavy story spoilers follow.

Castlevania: Lords of Shadow changes a lot with the Castlevania mythos with many drastic changes to the lore and classic gameplay elements. The protagonist is a new name in the ever-expanding Belmont clan, Gabriel Belmont. The year is in 1047. An evil force known as the Lords of Shadows has corrupted the souls of the deceased while horrific creatures prowl the land, killing and terrorizing innocents and threatening the alliance Earth has with the heavens. Gabriel is a member of the Brotherhood of Light, a group of holy knights whose purpose to protect people from malevolent supernatural and otherworldly creatures.

Gabriel’s wife Marie is slain by such creatures, and thanks to the dead souls not being able to leave earth, she’s trapped in limbo and uses her unique position to serve as a guide for Gabriel in his quest to save that world that kind of goes terribly wrong (more on that later). Gabriel sets off his journey where he eventually meets Zobek, the most senior member of the Brotherhood of Light. Zobek, voiced by Patrick Stewart, also serves as the narrator because if you have Patrick Stewart among your voice actors who else should narrate the game? Anyway, he meets Zobek and gets filled in the existence of the God Mask and Devil Mask that become integral to the plot, and Gabriel’s mission is now to find the three pieces of the God Mask to resurrect Marie, because raising the dead always seems like a great idea. 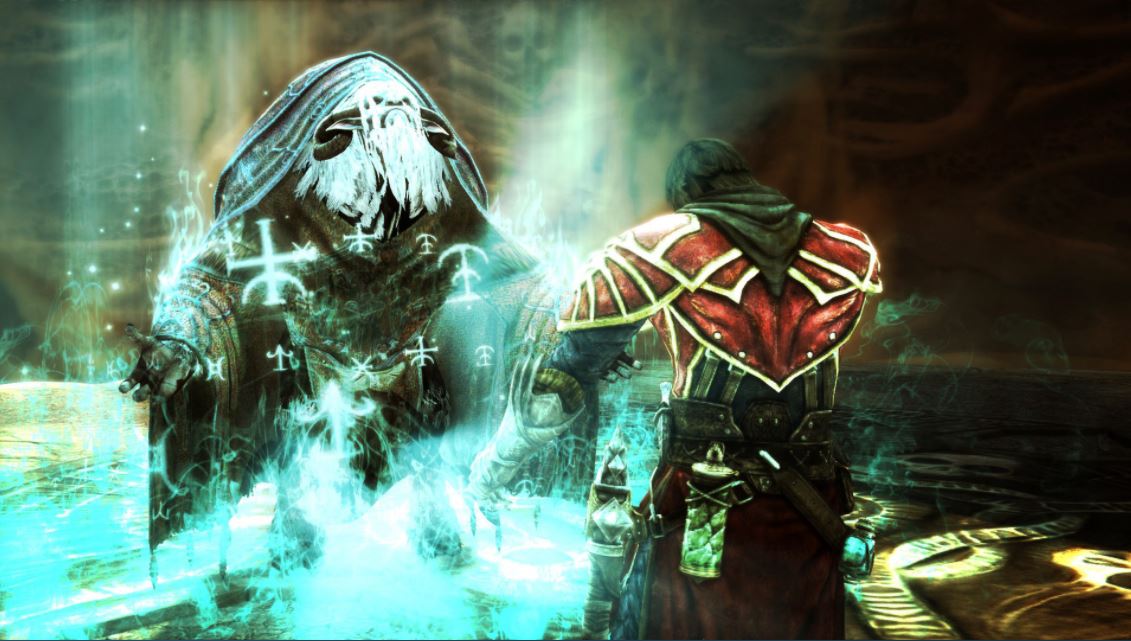 Gabriel and Zobek travel in search of the God Mask pieces to reunite Earth and the heavens after Zobek fills Gabriel’s head with all these ideas about an ancient prophecy only a few chosen ones know and how how the Brotherhood is this pure organization that will rid the world of the evil Lords of Shadow. Eventually the two reach the Land of the Necromancers, and the double cross occurs. Zobek pulls out the Devil Mask and, as supervillains have a tendency to do, reveals how he orchestrated these events after an evil force gave him tremendous power and used the Devil Mask on Gabriel to kill Marie to ultimately make him his pawn. Not to be outdone, Satan appears claiming to be the puppet master behind Zobek because he needed some pawns for his revenge against God in order to return to the Heavens.

This leads to the final boss fight of Gabriel fighting against Satan, which is a bit of a twist since when Castlevania is slapped on a game box it’s only natural to assume to final boss is some form of Dracula. And this is where all the twists come into play. The God Mask only allows Gabriel to see through God’s eyes and cannot resurrect Marie so all of this was done without Gabriel’s personal objective coming to fruition. Flash forward after the end game credits and Gabriel is living in modern times as an immortal vampire named Dracula. 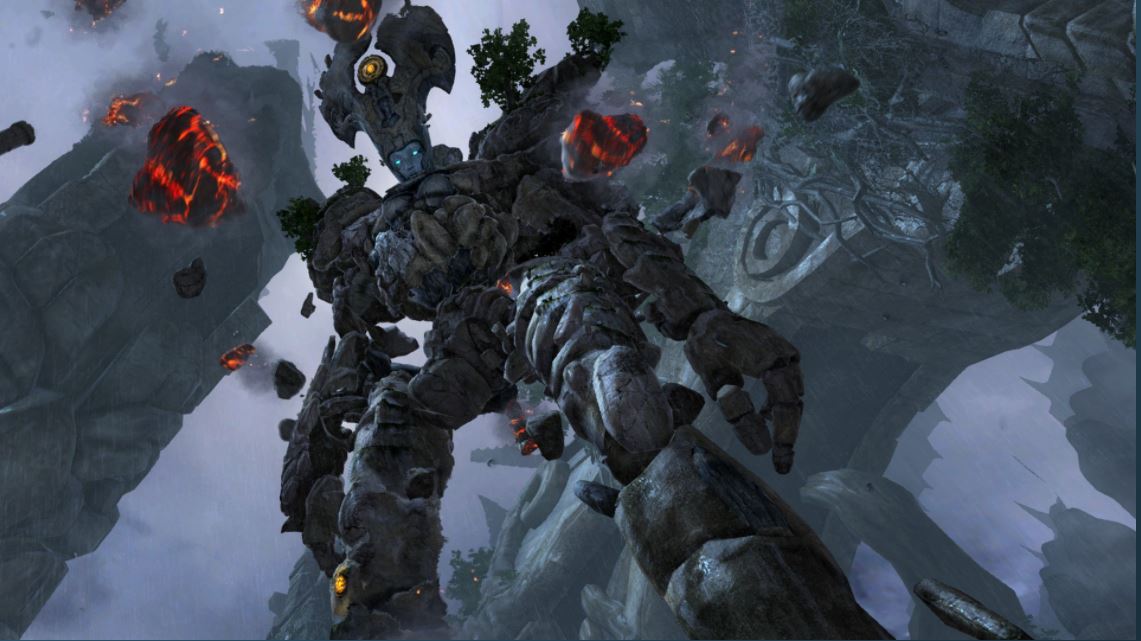 The direction the story took at the end of the Castlevania: Lords of Shadow was unexpected. Throughout classic Castlevania lore it was always accepted that the Belmont clan was composed of legendary vampire hunters. Simon, Trevor, Richter and so on all picked up the Vampire Killer whip and went to fight Dracula, but it was never stated that they were the chosen vampire killers because Vlad Tepes was really Dracula Belmont. But reboots can sometimes alter the lore of an established franchise timeline, and subsequent games in the Lords of Shadows series did make reference to some of the other Belmonts to reshape the traditional lore to fit the new canon. I was curious where they were going to take the new Lords of Shadow Castlevania lore, but after the poorly-reviewed Lords of Shadow 2 and handheld Mirror of Fate, we haven’t heard much from Gabriel Belmont.

The gameplay for Castlevania: Lords of Shadow was a departure from the classic formula as well. 3D Castlevania titles haven’t had the same adoration as the 2D Metroidvania entries, despite some of them being good. Castlevania: Lords of Shadow is a successful leap bringing the series into the 3D realm, but did so in a way that felt less true to Castlevania and more based on trying to copy other sources. My initial impression when playing it, based on the environmental and character designs, along with the music score, was that this game was influenced by The Lord of the Rings films. The gameplay was combo focused using the Combat Cross in a way that felt like a mix between the classic Vampire Killer and the Blades of Chaos from another popular god killer. There were a few other areas that felt like they were taken from God of War titles, such as some of the gigantic boss fights and environmental puzzles. And the goal of wanting to be reunited with his love and fighting Satan to do so does conjure up thoughts of Dante’s Inferno. All that aside, the noticeable influences did lead to a unique Castlevania game. 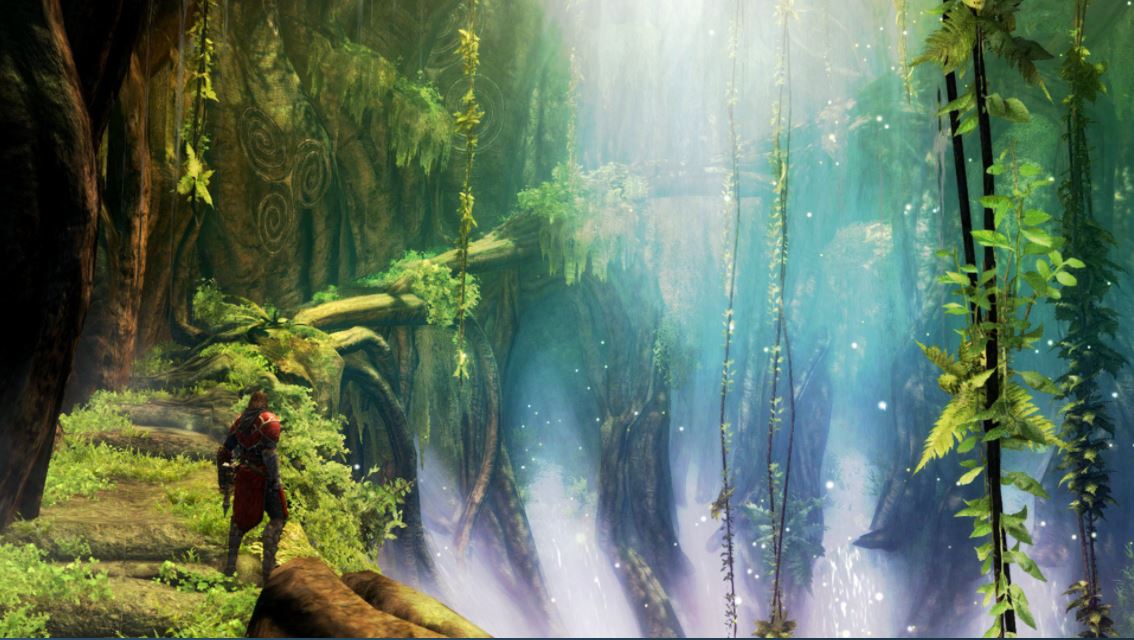 Castlevania: Lords of Shadow isn’t the best Castlevania game, but it’s arguably the best 3D Castlevania. The influences from other titles are obvious and it doesn’t have the classic Castlevania feel but ultimately is a fun game with great production values. They made a couple expansion packs that flesh out the story that are worth checking out if you enjoyed the main game. The Lords of Shadow lore isn’t something I would want to necessarily replace the Castlevania lore, but it was interesting enough. It would have been nice to see some more games in the series, even though the subsequent titles were less favorably received than the initial entry.