Brain-eating zombies have long been a popular staple across all media, appearing in so many games that when the zombie apocalypse does finally happen gamers won’t even be fazed by it. Zombies have been used to terrify audiences for decades and also served as a backdrop for emotionally-powerful storytelling like we’ve seen in Telltale’s The Walking Dead. Oddly enough, many years ago I started playing two zombie games in the same day that could not have been tonally more different from each other. The first was the aforementioned Telltale title and the other was the ridiculous Lollipop Chainsaw, released in 2012 for Xbox 360 and PlayStation 3.

Lollipop Chainsaw naturally deals with a zombie infestation but is more Shaun of the Dead than Dawn of the Dead, except even more absurd in how over the top it is. The player takes on the role of Juliet Starling, a cheerleader in her senior year at San Romero high school who also happens to come from a family of zombie hunters. The fact that the high school is named after George A. Romero should be a tip off that this is a safe space for the living impaired, but like all zombie apocalypse settings everyone is taken off guard by the sudden infestation of walking corpses.

The game begins with Juliet going to school to meet her boyfriend Nick Carlyle, who is going to meet her family for the first time, which is probably a more horrifying prospect than the zombie outbreaks. When Juliet meets up with Nick, he’s tragically bitten by a zombie and we know what that leads to. Fortunately thanks to her background in zombie hunting she’s able to perform a magic ritual, keeping Nick alive and preventing him from turning into a zombie. The caveat is Nick now doesn’t have a body, he’s just the sentient talking head equivalent of a lucky rabbit’s foot that assists Juliet with some tasks while providing commentary and serving as a fashion accessory. 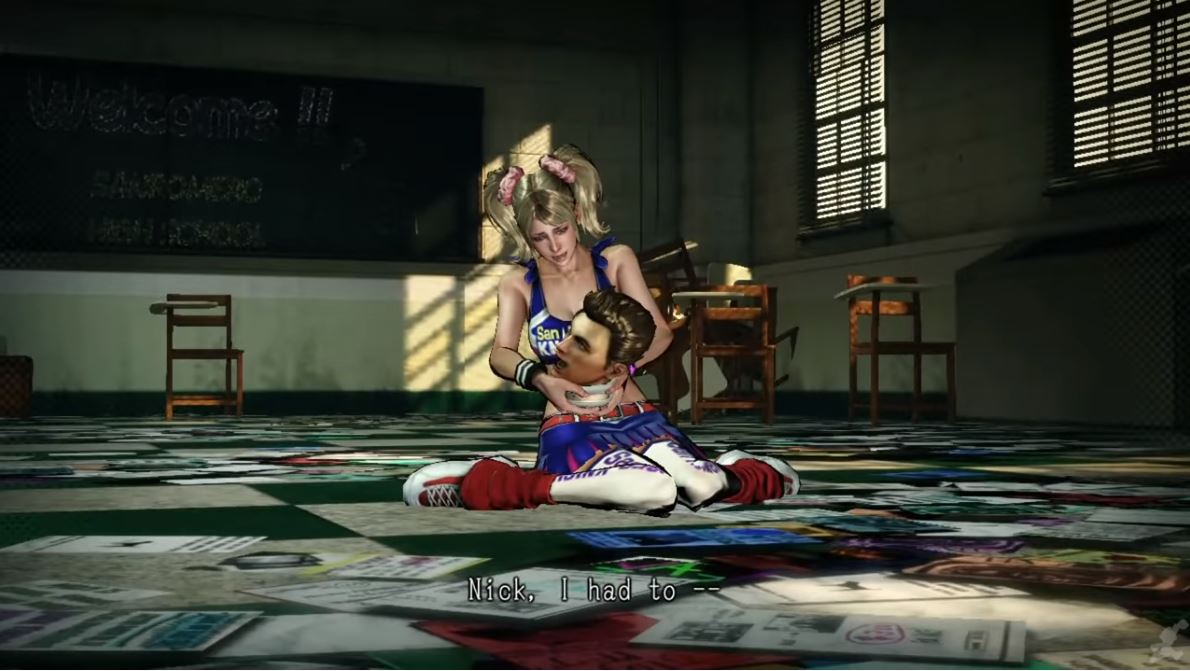 Juliet and Nick travel to meet her tutor Morikawa, who explains to them that the world is divided into three different realms: where we are now, the hereafter, and the rotten world, which is where demons, zombies and other nasty things come from. The portal to the rotten world has been opened by some unpleasant chap named Swan who is doing everything he can to set back any advancements to the notion that not all goths are deranged weirdos. Five zombie lords have been unleashed into our world, each one representing some sort of music-themed caricature based on punk rock, metal and rockabilly to name a few. Juliet being the skilled zombie hunter she is takes it upon herself to kill these zombie lords for a second time, but low and behold this was all part of Swan’s plan since their defeat was integral to summoning the true zombie lord and unleash untold destruction on the world.

The plot sounds ridiculous but this isn’t exactly a game that is remembered for taking itself seriously. The gore and villain dialogue is over the top on every level, making this a video game version of a slasher b-movie horror comedy. Banter between the lucky Nick’s head hanging from Juliet’s belt is comedic and so is the premise that Juliet powers up by eating lollipops. Mixing comedy and horror doesn’t always blend but this is one of those titles where the mix works well. 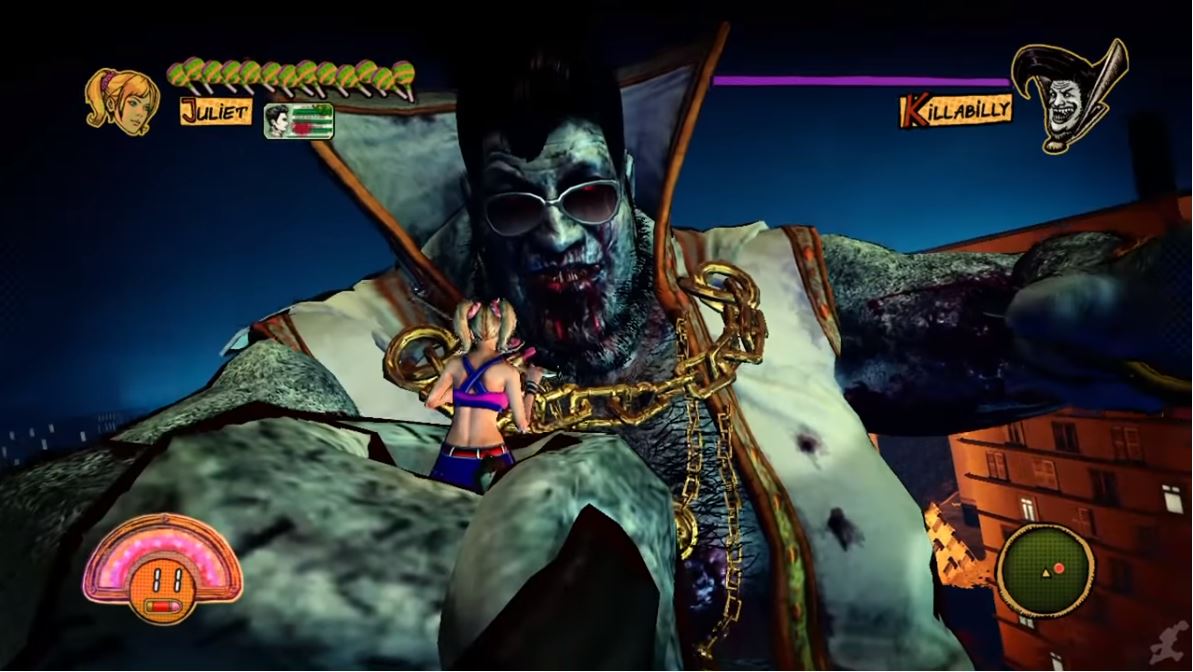 The gameplay mechanics are responsive enough to make taking on zombies a delight. A chainsaw and cheerleader aren’t the most obvious combination, but Juliet wields that thing like a ninja possessed by school spirit. She’s acrobatic and agile, gracefully moving about the screen as severed heads and limbs fly in random directions. Taking out massive amounts of zombies with power tools isn’t the most original idea but Lollipop Chainsaw’s execution is one of the more fun examples of such a thing.

As fun as charging into a horde of zombies with a chainsaw might be the developers knew that variety is the key to keeping things interesting so there a few variants thrown in for good measure. Some of the ways things gets mixed up is Juliet has to play a game of basketball involving zombie heads, taking a ride of farming equipment to mow zombies down or going into an arcade machine. Sometimes there’s a big headless body that can be used to put Nick to work, but being the good girlfriend that she is Juliet cheers him on as he goes about his manly duty to smash things. 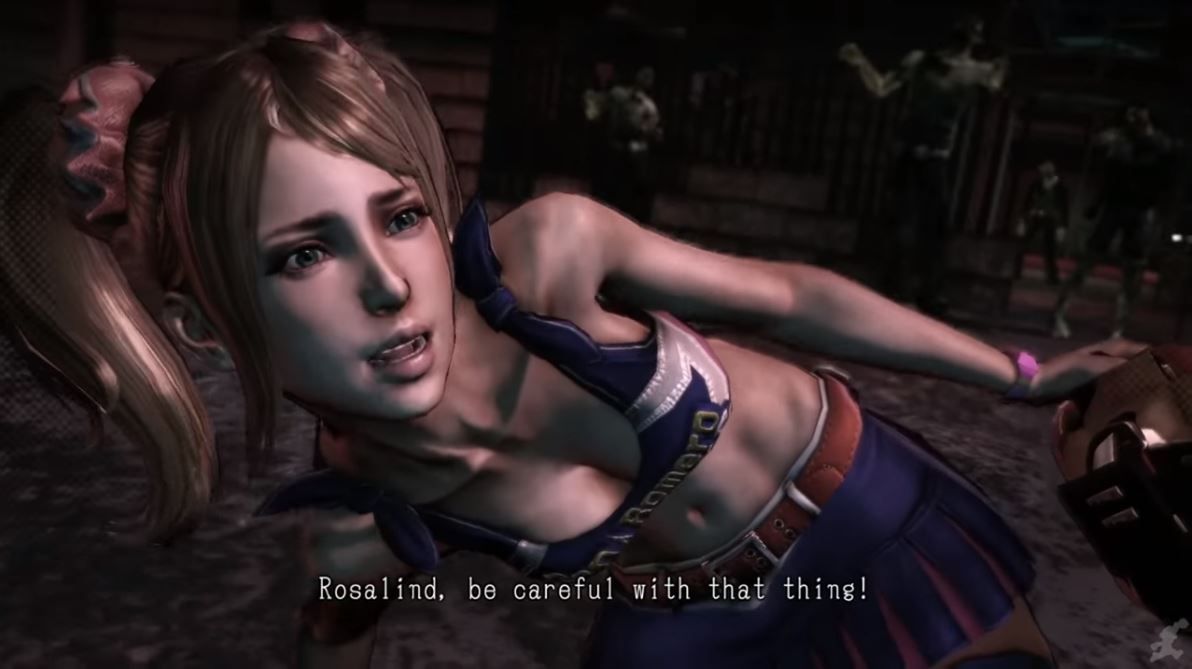 Lollipop Chainsaw might not be the best known game out there, but is one of the best-known Grasshopper Manufacture titles and with good reason. Whether in spite of or because of its ridiculous premise, this is a highly entertaining and enjoyable game that can appeal to hardcore fans of zombie media but is also tongue in cheek enough where people who aren’t into horror can appreciate it. It’s not AAA material by any stretch, but it’s a fun title that can be completed in a weekend and offers one of the sillier takes on the zombie apocalypse while still providing some solid action gaming.