One of the hardest things about this feature is trying to pick one of countless games I want to write about. This month the decision was made for me, as after playing Travis Strikes Again: No More Heroes there was only one acceptable choice, and that was Shadows of the Damned. This might seem like an odd choice since there are a couple other No More Heroes games that seem like they would be a more obvious pick, but if you played through Travis Strikes Again you’d understand why we decided to go with Garcia Hotspur and Johnson instead of making this month all about Travis Touchdown. Garcia Hotspur does seem to have his health regenerate from drinking alcohol, so that alone makes him pretty cool.

Shadows of the Damned stars demon hunter Garcia Hotspur, who is a hero that is greatly admired by Travis Touchdown. Garcia’s girlfriend Paula has been kidnapped by Fleming Whatshisface, the Lord of Demons who has a very undemonic sounding name. Garcia is unable to stop Fleming as he scurries off into the underworld with Paula, boasting about his plan to kill her over and over again in order to bring about an eternity of suffering. Garcia isn’t going to stand for this, so he grabs his Johnson, the demonic skull companion, and follows Fleming with the intention of rescuing Paula. Johnson is more useful than the average skull. For one, he is a source of many of the game’s numerous jokes and secondly he can alter her form to assist Garcia in a variety of ways. 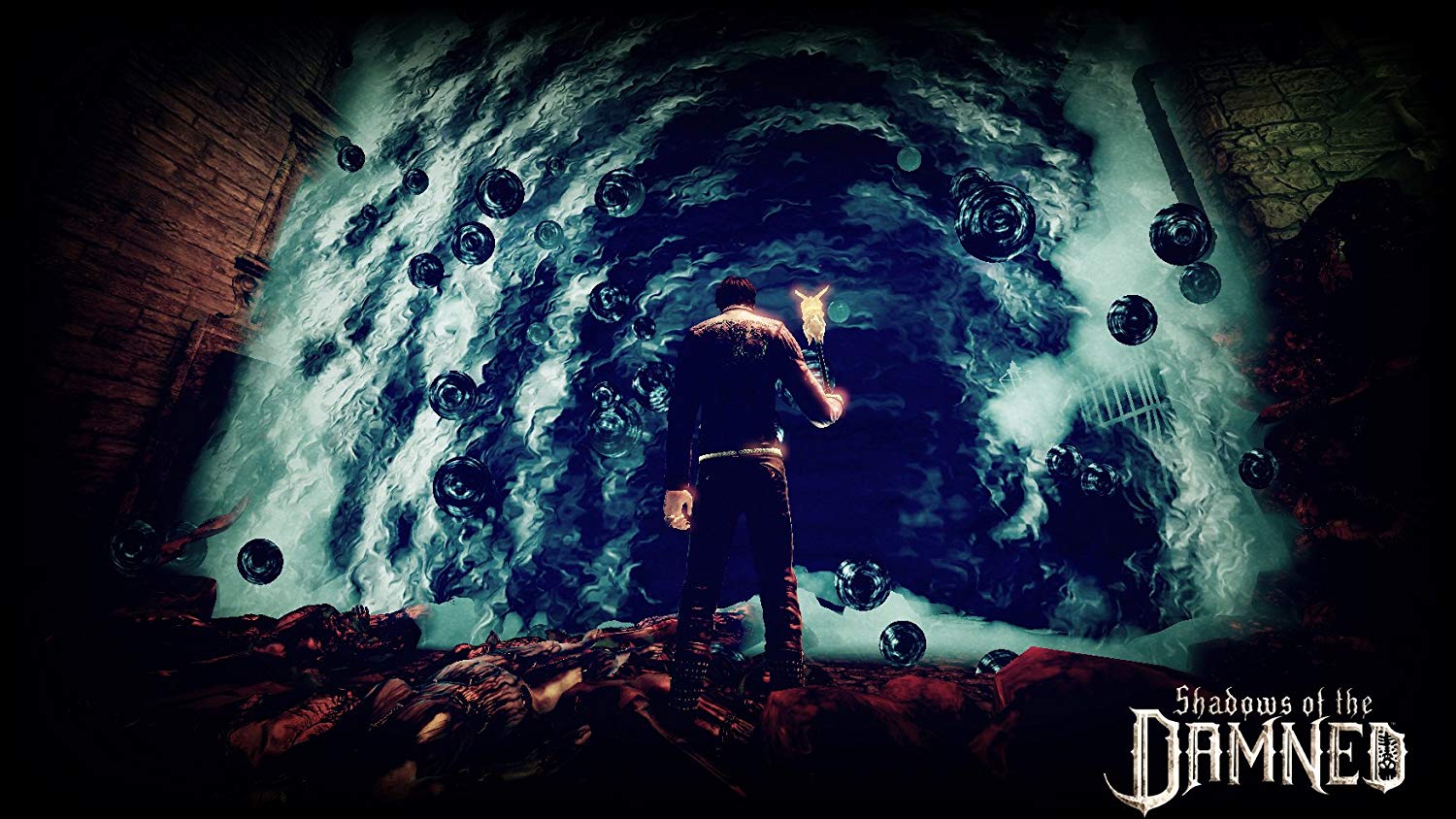 Johnson’s expertise in this realm proves useful to Garcia. Garcia does most of his demon hunting on the surface so he isn’t quite as adapted for Fleming’s realm as Johnson. In addition to serving as a firearm, Johnson can be a torch to light a path for Garcia which also has some combat applications and can transform in a motorcycle because who doesn’t want to cruise around a demon’s lair on a motorcycle. Johnson is also a helpful guide to Garcia and gives him plenty of useful information most people don’t know. For example, did you know that demons aren’t too far removed from cats and have a certain plant based weakness? That weakness is strawberries. Demons tend to respond to strawberries the way kitties respond to catnip which is crucial knowledge to open some of the locked doors, and if Johnson wasn’t there to share the information, Garcia could never get past that level.

The underworld Garcia has ventured into has warped into a uniquely twisted version of this familiar demonic setting. The underworld’s interior decorator is clearly a fan of modern and classic horror as no part of Fleming’s is lacking any gothic flair. The ghoulish fiends that lurk around each corridor make for grim cannon fodder but the bosses are where the enemy design shines. Each boss battle is memorable, as they tend to be quite large in scale and face off against Garcia in a long drawn out battle to end the level on a climatic showdown. 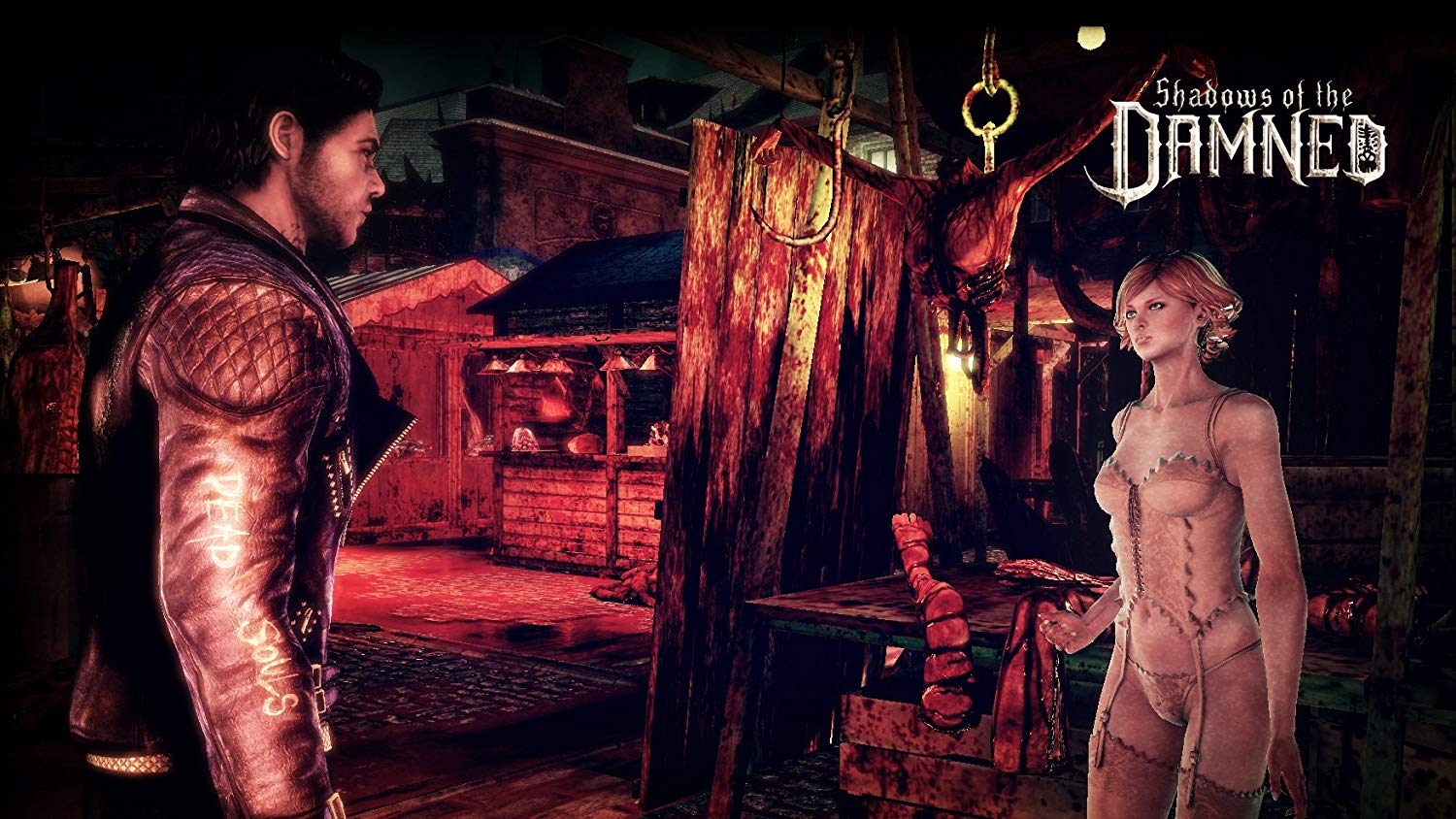 Shadows of the Damned is an action game with the bulk of it occurring in a third-person 3D world where Garcia fights an endless onslaught of Fleming’s underlings. Occasionally the formula deviates by turning the demon hunter into the hunted as Garcia is chased by an Evil Dead version of Paula. A nice way the game includes variety is when it morphs into a 2D side-scrolling shooter that feels like it was ripped from a version of Shadows of the Damned from an ‘80s coin-op machine with graphics that could have been made with watercolor paint and construction paper, and a soundtrack that sounds like it came from an era long before video games existed.

As weird as Shadows of the Damned is, Suda 51’s original version of the game was even stranger. And as much as I enjoyed Shadows of the Damned in the state in which it was released, the original idea does sound like it would have been more interesting. In an earlier version of the game, Garcia began without a weapon and would have to acquire it through the course of gameplay. Paula would live inside of Garcia’s gun and have special abilities she could activate such as flying around like a butterfly, something that I imagine wouldn’t be too far removed from the Shobijin in some of the Godzilla movies. This was meant to turn the narrative into more of a love story, but EA ended up shooting down these ideas because they didn’t think it would be a marketable idea for westerners. The game we ultimately received is one I enjoyed but it didn’t quite match up to Suda 51’s original vision. 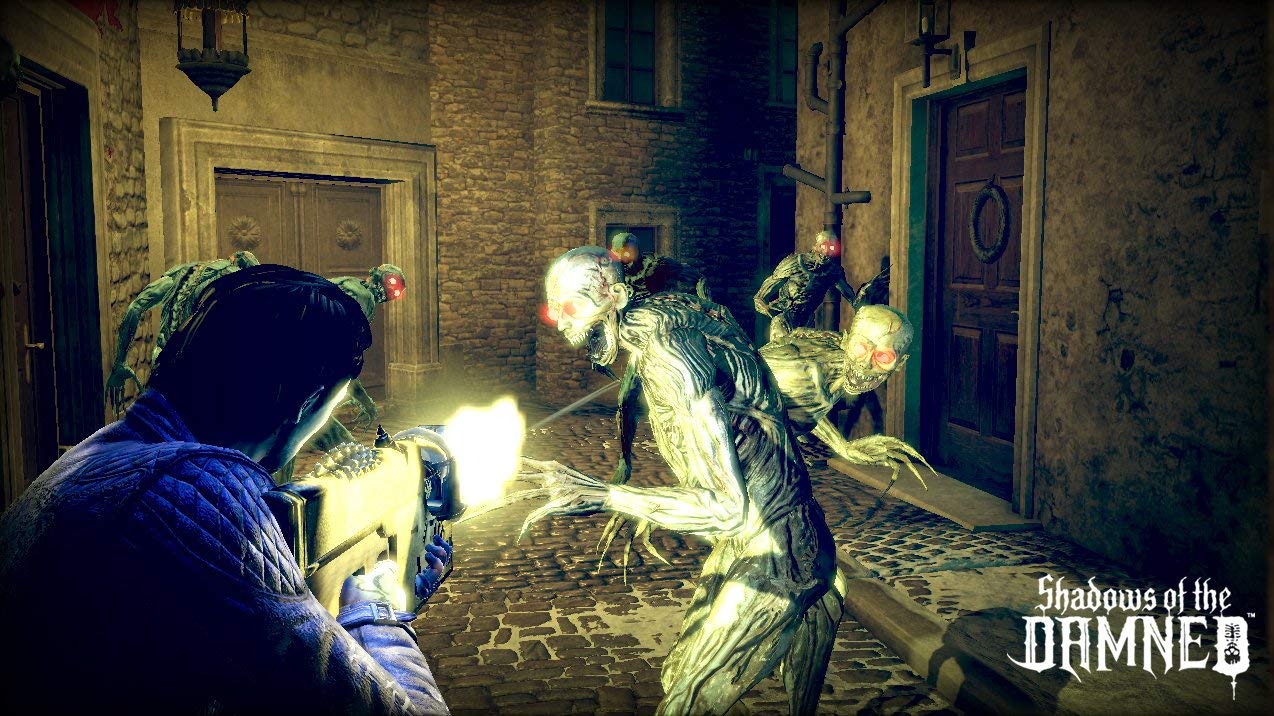 Shadows of the Damned doesn’t boast an exceptionally high Metacritic score and usually isn’t mentioned as the favorite title among hardcore Suda 51 fans. This could have a lot to do with the EA-inflicted westernization, which may have helped Shadows of the Damned sell more units, but at the cost of watering down something that would have been incredible, albeit in the eyes of a smaller audience. Even with these concessions, the unique flair that Suda 51 brings to his projects still shines through in Shadows of the Damned even if it’s a bit dimmer, and it is a fun action title in its own right. We probably never will get to see a remade version of Shadows of the Damned that is more in tune with the original vision, but there’s always hope for a sequel that allows Suda to do what he wants with it.