It still seems strange that it’s 2016 and a new Mirror’s Edge game is out on the market. After all, the original 2008 title was a cult favorite among a small contingent of gamers thanks to its promise, but its lackluster story, painful combat and general lack of commercial success made it seem like a one-and-done franchise. Fast forward eight years later and the Mirror’s Edge series is seeing a complete reboot with Mirror’s Edge Catalyst. The “don’t call me a prequel, don’t call me a sequel” open-world title from EA and DICE is a superior game to the original, but one might not realize that until they’ve gotten over the initial learning curve. For this very reason, we’ve created a list of five tips that should help you make the most of your time with Mirror’s Edge Catalyst.

1) Mainline the story as much as possible

While some might argue that blasting through the main story quests in an open-world game is a major faux pas, saving the majority of side content until after you’ve finished Faith’s tale makes a lot of sense from both a gameplay and narrative perspective. Without diving into spoiler territory, Mirror’s Edge Catalyst boasts a core story that sports a high level of urgency, so dillydallying doesn’t necessarily make a lot of sense. What’s more, you’re going to be able to roam the city as much as you want after the credits roll, so it’s not as if you’re going to be locked out of the massive amount of side content in the city of Glass. On top of the logical reasons why it’s best to experience the larger missions first, you’re going to get a ton of experience from them, allowing you to unlock some of Faith’s most useful skills at a much quicker pace. Considering that pretty much all of the side content in Mirror’s Edge Catalyst centers around time-trials, you’re going to want to make sure that you’re as swift and powerful as possible in order to rise up the leaderboards, so it’s best to use the main quests to beef up Faith’s skills before becoming the ultimate social parkour master. 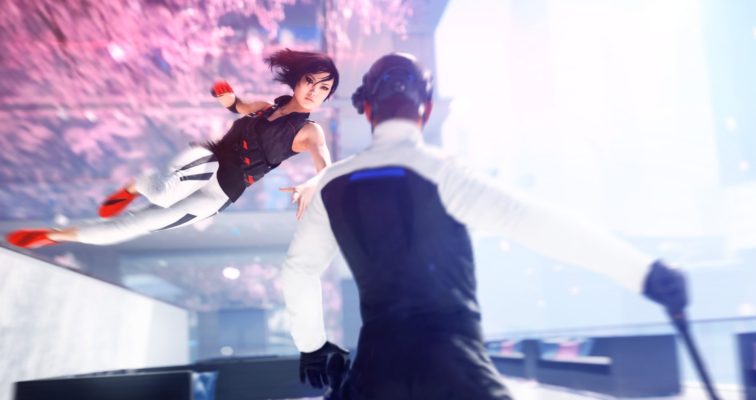 2) Unlock the Coil, Roll and Quick Turn right away

Unlike the first Mirror’s Edge title, Catalyst sports a fairly robust progression system. Three of the most important free-running techniques that fans of the franchise will remember, Faith’s coil, roll and 180-degree turn, are locked behind this progression system, so you’re going to want to unlock these as quickly as you can. It’s nearly impossible to complete the aforementioned time trials without having every movement technique at your disposal, as most side missions are based upon maintaining momentum. The coil will allow you to raise your legs in mid-air, thus giving you the ability to maneuver over small obstacles with ease. Faith’s roll is arguably the most important free-running technique in the entire game, as it allows you to land from great heights without accruing damage or losing all of your momentum. Finally, the 180-degree turn allows you to run up a wall and immediately turn around, giving you the chance to reach higher ledges and create deadly combos during a fistfight. As with the previous Mirror’s Edge title, practice makes perfect in Catalyst, so you’re going to want to have as many skills in your arsenal as soon as possible to become as proficient at free-running as you can. 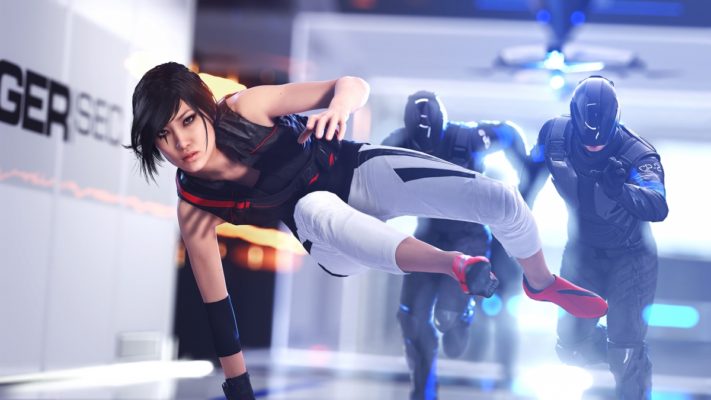 3) Upgrade your health as sooner rather than later

While Mirror’s Edge Catalyst’s combat isn’t incredible, it’s still worlds better than the disaster that was the first title’s combat system. If you’re looking to be the most effective player possible, you’re going to want to make sure that increase the amount of health you have before diving into some of the other combat upgrades. Not only does this increase the margin of error in combat, but it makes a great deal of the main missions less frustrating, as a number of them are especially combat heavy. Mirror’s Edge Catalyst has a pretty unique health system, where momentum gives Faith a Focus Shield that will allow her to both deflect bullets and melee attacks. Once this Focus Shield has been depleted, Faith’s actual health becomes accessible, with the number of bars of health directly tied to the progression system. If you’re looking to run more than you fight, then make sure to get all six health bars as quickly as you can, as this will give you a bit more breathing room whenever enemies are afoot. 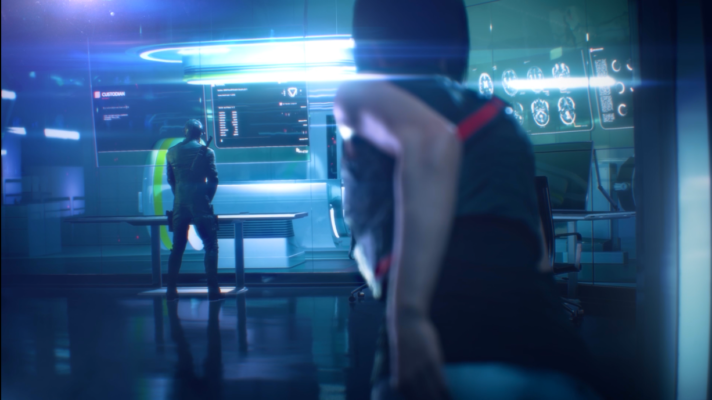 Okay, perhaps this seems completely obvious in a game based entirely around free-running, but it absolutely cannot be understated. Considering that there are multiple mechanics that are directly tied to the idea that you will never be standing still, it seems quite silly to ever try to stand in one place. First and foremost, your Focus Shield is going to immediately begin decreasing whenever you aren’t free-running around the city of Glass, which makes you completely vulnerable to both human and mechanical enemies. On top of this, it’s going to be damn near impossible to reach certain areas without sufficient momentum. Finally, it makes it infinitely simpler for melee characters to dodge, block and counter your attacks if you aren’t running around, especially when you consider that momentum-based attacks will often take out foes in a single shot anyways. It’s often better to try a risky jump and fail, as Mirror’s Edge Catalyst has some downright generous checkpoints, so there really isn’t an excuse for standing still. Simply put, if you aren’t always moving, you’re playing this game wrong.