With Overwatch, the charming hero shooter from Blizzard, launching this week, we want to make sure that you’re as prepared as possible to help your team dominate. Overwatch’s main focus is clearly on the interplay between its dynamic characters, so in order to become competent, you’ll need to understand how every character works. Throughout the week, we’ll be publishing guides on each of the 21 launch heroes, three at a time, with the hopes that you’ll be able to recognize certain patterns on the battlefield. 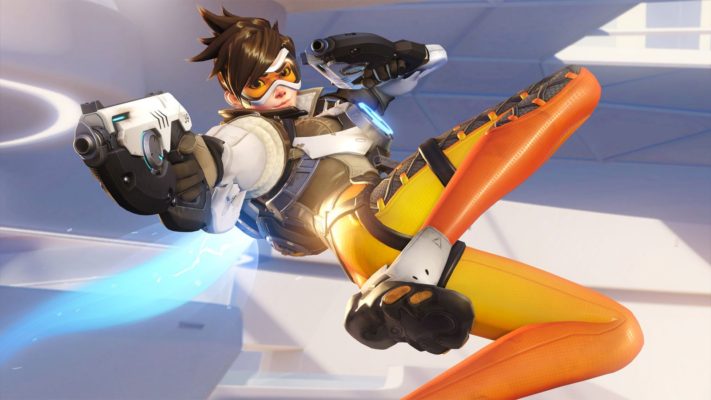 Overwatch’s single most iconic character is also one of the toughest to master, as Tracer’s time-bending skillset is quite unlike anything we’ve seen in a first-person shooter. Armed with two automatic energy pistols, she has the ability to completely empty a clip in around a second, with her reload time taking roughly the same amount of time. For this reason, accuracy is key, as her roster-low health count of 150 makes her squishy to the point where any moment spent not shooting has the potential to cause an untimely death. Luckily for those who choose Tracer, her abilities focus on a combination of speed, confusion and evasion to make her one of the most frustrating characters for newcomers to go against.

Tracer’s signature move is her Blink, which allows her to warp in any direction up to three times in a row. The key here is to make sure that you always have at least one blink at your disposal, as getting caught in a standard one-on-one firefight without movement abilities almost always leaves Tracer at a major disadvantage. One of the cooler aspects of her Blink is that it can totally be used to get across large gaps, allowing her to sneak around characters like Bastion and Widowmaker. Tracer’s Recall ability allows her to rewind time in a manner similar to that seen in Super Time Force, allowing her to move back to a previous position. What makes this ability particularly special is that Tracer’s ammo and health counts will be restored to whatever they were at that particular point in time, so this ability is absolutely crucial for fighting against characters with far more health than her. Finally, her ultimate is the Pulse Bomb, which is essentially a sticky grenade with a massive damage count and relatively low area of effect. Bear in mind that the Pulse Bomb can totally kill Tracer, so if you’re looking to throw it into a crowd of enemies, make sure that you have your Blink or Recall available to get out of the danger zone.

Weak Against: Winston, Torbjörn and Roadhog 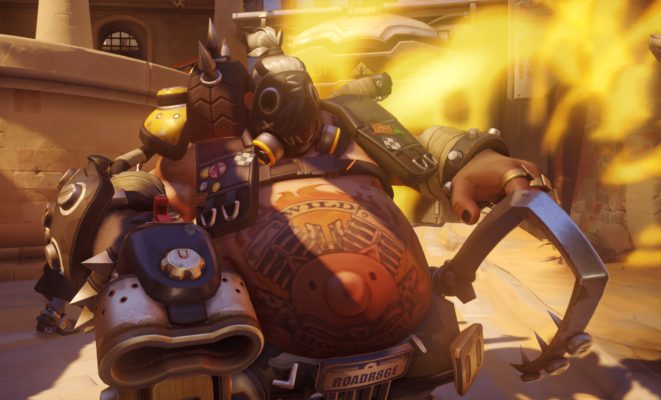 Perhaps the slowest character of the bunch, Roadhog is a tank in every sense of the term. With 600 hitpoints, Roadhog has the highest health count of any of Overwatch’s heroes, and he puts that to good use with his Scrap Gun, a shotgun-like weapon with diminishing power based on range. If you choose to play as this beer-gutted savage, you’re going to want to be right up in the action at all times, as one shot from point-blank range will take out pretty much any other hero. Of course, this also means that he’s fairly vulnerable to snipers, as he’s a massive target that can’t really fight back against enemies that are out of range of his weapons and abilities.

Roadhog boasts one of the most effective ability combinations of any of Overwatch’s heroes. His Chain Hook allows him to pull in any hero to point blank range, meaning that it’s pretty much a guaranteed kill for those who nail the timing and accuracy of this maneuver. The most effective Roadhog players will ensure that healers and frustrating characters like Tracer are the main priorities at the start of any given battle, as this will ensure that the opposing team is always at a disadvantage. In addition, Roadhog’s second main skill, Take a Breather, allows him to heal a great portion of his own health, allowing him to stay on the front line of battle for far longer than pretty much every other hero outside of Reinhardt. Finally, Roadhog’s ultimate is absolutely devastating, though it is equally difficult to control. His Whole Hog skill gives him the ability to transform his Scrap Gun into a massive automatic gatling gun, though the sheer amount of recoil makes this a far better option for close and medium range than long distance engagements. The recommendation here is to use Take a Breather to heal up to 600 hitpoints and then dive right onto the objective before activating Whole Hog.

Great Against: Tracer, Soldier 76, Genji and any Support character 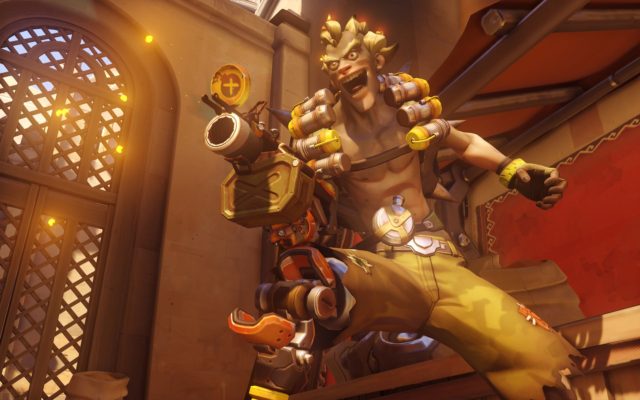 Perhaps the biggest troll of the entire roster, Junkrat thrives on blocking off pathways and causing straight up chaos on the battlefield. His main weapon, the Frag Launcher, allows him to lob and bounce explosives that have a short detonation delay (unless they directly impact a player). Because of this, Junkrat is able to utilize cover, large walls and corners all while still being able to cause massive amounts of damage to opposing teams. If you’re not constantly firing grenades and using projectiles to force players onto alternate paths, you’re playing this character incorrectly. In addition to being able to manually launch grenades, his Total Mayhem perk automatically drops grenades upon player death, meaning that you can essentially play as a martyr if all else fails. Not only does Total Mayhem work as a method of frustrating other players, but it’s absolutely devastating against characters who dare to get too close.

Junkrat’s abilities aren’t going to do as much damage as his Frag Launcher, but they’re exceptional strategic items when used properly. Not only does his Concussion Mine allow him to place a remote detonated explosive, enabling perfectly-timed kills when used patiently, but it also functions as a super-jump when used underneath Junkrat. Considering most opposing players don’t expect to see Junkrat flying a story or two into the air, using the Concussion Mine as a movement device not only functions as a way to throw enemies off their game, but it also allows you to access areas that foes won’t necessarily expect grenades to rain down from.

In addition to the Concussion Mine, Junkrat’s Steel Trap is effective when used strategically. By placing a large bear trap on the ground, Junkrat has the ability to lock any foe who walks over it in place for a set amount of time. Not only does this make it super simple to eliminate players with the Frag Launcher, but it also is going to enable other players to get easy eliminations as well. Finally, Junkrat has one of the most devastating ultimates out of the entire roster, as his Rip-Tire can be steered into groups of enemies before it’s remotely detonated. Needless to say, the keys to the Rip-Tire are pretty simple: guide it into a group of enemies (often on the objective) and ensure that Junkrat is hidden while he’s controlling it.

Great Against: All Tanks, All Healers, Widowmaker, Bastion, Hanzo