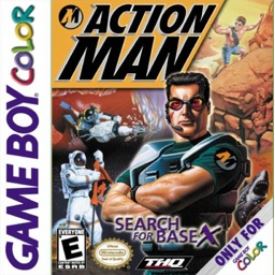 One of the perks of writing a monthly column on old handheld games is it can introduce me to games that were missed in their heyday or introduce a game that I would have never otherwise learned even existed. Action Man: Search for Base X is one such game that fits into the latter category. In fact, with the title being so generic that even after seeing it I had trouble believing such a thing existed since even as a joke it almost seemed too generic to be real. Nevertheless, Action Man: Search for Base X does exist as a game released in 2001 for Game Boy Color.

Now that the title of the game has been sufficiently trashed, it’s now time to revel in my own ignorance as it turns out Action Man was actually a CGI animated Canadian television show that lasted a couple seasons at the turn of the century. Action Man, or as he is know in civilian life, Alex Mann, is an extreme sports athlete in Team Extreme. Alex is gifted with a hidden mental power that is activated by danger and adrenaline called Advanced Macro Probability, or AMP, that allows him to calculate all future possibilities and choose the best course of action. This was the result of a secret experiment conducted by his high school coach Simon Grey which makes you wonder what kind of school he went to. As Spider-Man has taught us, with great power comes great annoyance, and Action Man has his arch nemesis Doctor X, who wishes to duplicate Alex’s AMP Factor and use it to rebuild humanity through some laboratory hijinks fueled eugenics.

Action Man: Search for Base X puts the player in the role of the titular Action Man. Dr. X has plans to unleash weapons of mass destruction and it’s up to Action Man to put a stop to this. When starting out Action Man: Search for Base X the game seems like a generic call back to the 16-bit run n’ gun shooter area, but there’s more to the title than that. While it never reaches the greatness of these two series, in some ways it feels like a mix between classic Contra and Mega Man. 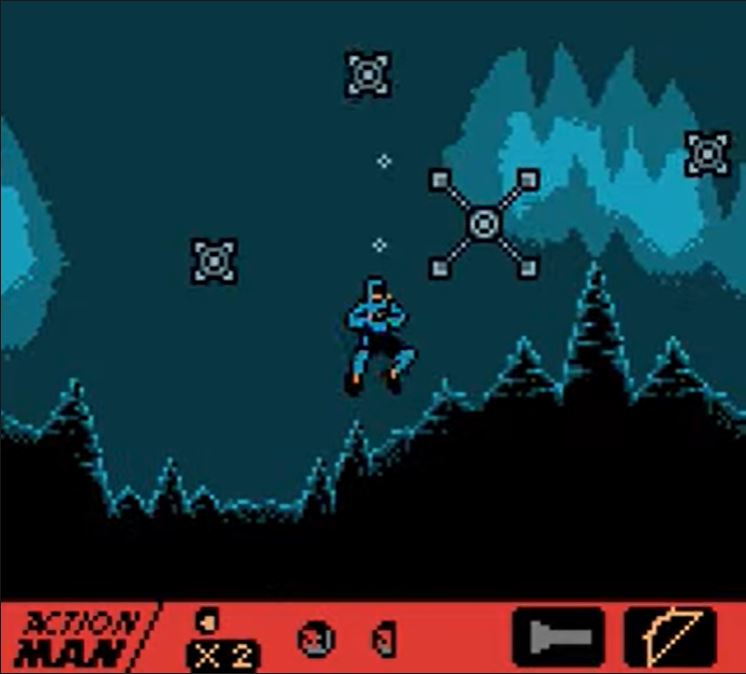 There are fifteen missions spread across six main areas, which require multiple playthroughs to complete. An interesting feature is that the player doesn’t choose which mission Action Man completes by selecting it. Instead the player choice in weapons and outfits will determine which pathways and objectives are open to reach the stage’s objective. Equipping the camera as an item will allow him to complete an objective that requires gathering photographic intel. Wearing the diver suit will grant access to an underwater sabotage mission and the climb suit will allow Action Man to scale cliffs. The player doesn’t start with all the needed equipment, instead it’s acquired by completing missions and sometimes in ways that only make sense in video game logic. For example, the flashlight is found by completing a mission in the mine, which seems like that is something Action Man should have prior to entering the mine.

Before each mission Action Man chooses his weapons, items and which suit to wear which also changes his appearance on screen. Some missions require the right combination of things to complete, such as the climb suit and camera for one example. With a name like Action Man one would expect him to have a full arsenal of weapons, and he does have a choice between different guns and explosives. As an extreme sports athlete turned AMPed up soldier, Action Man is capable of performing many actions in addition to the standard running and jumping such as doing some underwater diving and swinging from vines Tarzan style. 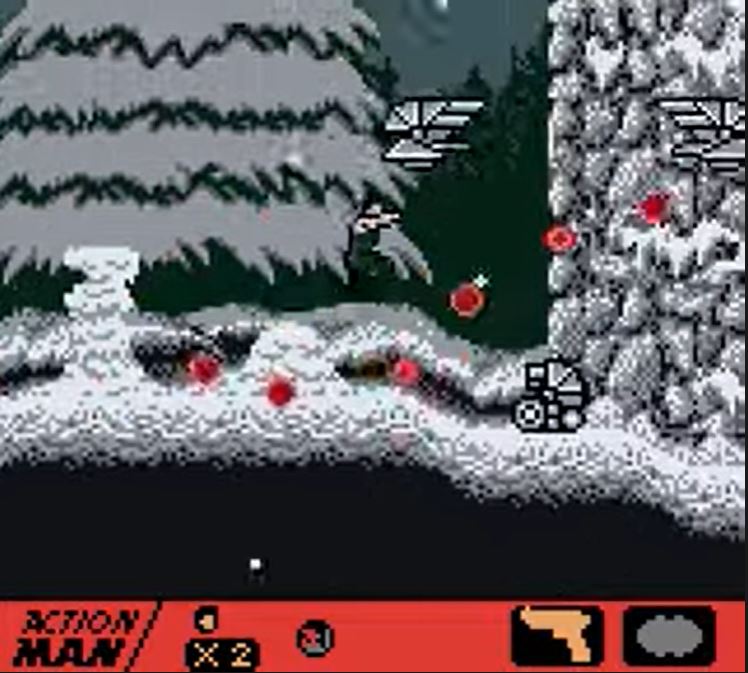 Action Man: Search for Base X is a throwback to the 8-bit and 16-bit era of run ‘n gun shooters. While the developers tried to make it stand out by adding branching level paths and specific items that are needed to complete certain objectives, it’s held back by other issues common in retro games. Replaying the same areas multiple times with different routes and objectives is a nice twist, but the gameplay is repetitive outside of that. The lack of enemy variety doesn’t help things either, and the game has a high level of difficulty which is hindered by not the most responsive controls. Challenging games can be fun, but it’s debatable if Action Man: Search for Base X is worth putting in the effort. Calling it one of Game Boy Color’s forgotten gems would be greatly overselling it, but there’s fun to be had with this title. Fans of the TV series are the main intended audience, but judging it on its merits as a game, it’s a mediocre shooter that has a few interesting gameplay ideas.