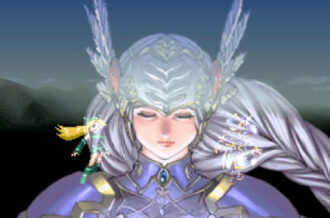 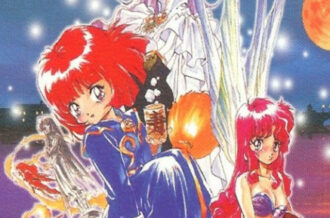 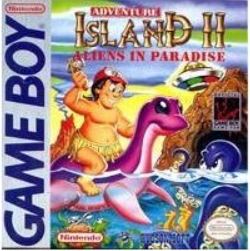 Once upon a time Adventure Island was a moderately popular series on a few Nintendo consoles. The franchise saw games released across a couple console generations but has since gone the way of Master Higgins’ dinosaur companions. The games follow Master Higgins who has ended up on the titular Adventure Island. It’s an island wrought with peril from all the native animals and pitfalls, though the dinosaurs that didn’t get the extinction memo are actually quite friendly. Adventure Island II: Aliens in Paradise on Game Boy is a port of the NES title Adventure Island 3.

A bit of trivia, the original Adventure Island on the NES began its life as a port of the arcade game Wonder Boy. Legend has it that after development on the game had begun the rights to Wonder Boy had been acquired by Sega, and while this concept might seem believable today, this was an era when Sega and Nintendo were fierce rivals and no Sega property would ever be on a Nintendo console. Instead of scrapping what had already begun, Wonder Boy for NES was salvaged and morphed into Adventure Island, which spawned a few sequels and ports across NES, SNES, TurboGrafx-16 and Game Boy. 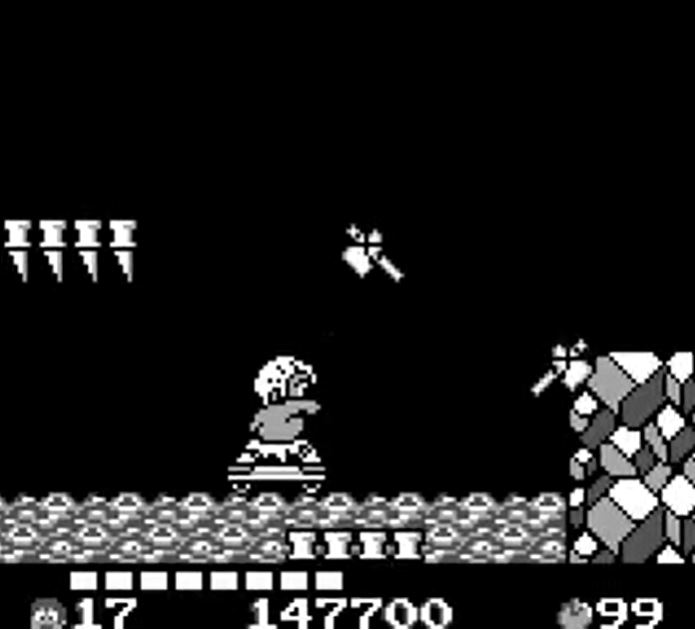 With the exception of RPGs, most games from the 8-bit era weren’t known for having a heavy emphasis on story. Adventure Island games are no exception to this. The adventure begins with Master Higgins and a lady companion relaxing on the beach, presumably a love interest. It looks like a relaxing time until a flying saucer swoops overhead and snatches her up with a tractor beam. Rescuing the damsel in distress was a common theme in games of this era, so there isn’t a need for much explanation. Alien kidnaps the girl, go get her back. It was an overused plot device in those days, but it was reason enough to risk life and limb in dangerous environments.

The gameplay is pretty much the same across the Adventure Island games. It is a 2D platformer where Higgins’s life bar depletes over time, giving a sense of urgency to get through the levels as quickly as possible. He has a couple weapons that he can acquire and throw, including a boomerang and stone ax. The island is populated with deadly snails and other animals Higgins needs to fight or avoid. Thankfully there are a few dinosaurs around that will let Higgins ride them and provide additional means of attacks. A triceratops was introduced in this installment, though it doesn’t dramatically change the gameplay at all. 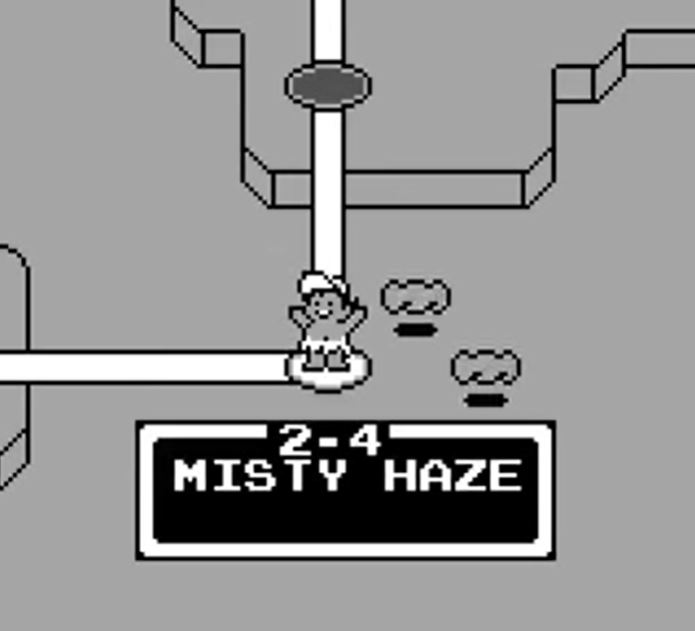 Adventure Island II is a challenging game that requires quick reflexes and level memorization. Even with the dinosaur steeds he can’t stand up too a great deal of punishment. There are instances where he can ride the waves on a surfboard or zip through an area with a helmet. Conveying the safety first message with wearing a helmet while skateboarding is understandable, but perhaps his odds of survival would improve if that wasn’t the only time he wore it. There’s an inventory system where he can choose what weapons and dinosaurs to have at the beginning of the level, though even with this at his disposable his time on the island will still be challenging.

Like many games of this era this is a game that can be completed in a relatively short amount of time. The gameplay time is extended based on a higher level of difficulty so players don’t become angry they spent fifty bucks for a game they beat in an hour or so. Challenging in itself doesn’t necessarily make a game since challenge comes in many forms. Challenge based on a combination of quick reflexes, clever level and enemy design is the good kind of challenge, whereas cheap deaths and damage sponge enemies, not so much. Adventure Island games tend to fall more into the former category, making the efforts enjoyable and the player feeling accomplished when the game is completed. The biggest criticism that could be lobbied against this title is how little it changes over its predecessor. The new triceratops is nice but compared to Adventure Island on Game Boy (which is based on Adventure Island 2 on NES), not a whole lot has changed. 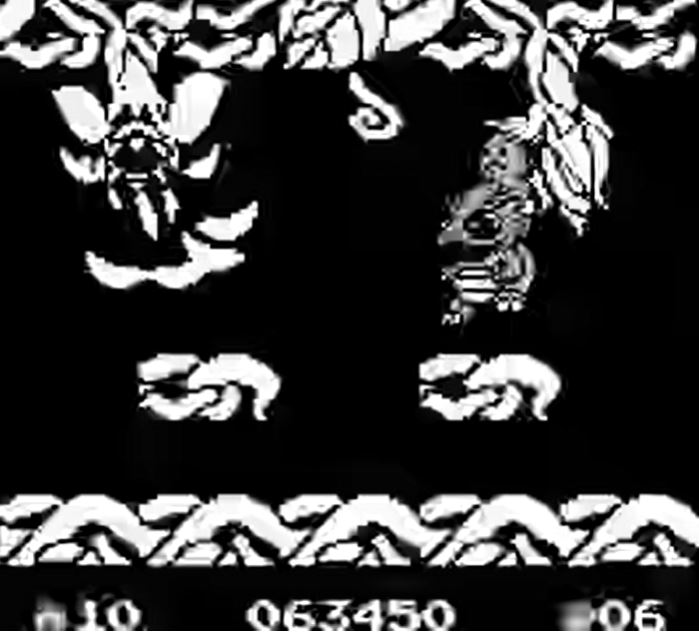 Adventure Island II: Aliens in Paradise doesn’t do much to separate itself from other Adventure Island games and it’s not something people play for the story. It is, however, a good action platformer, offering a challenge that can be difficult but never insurmountable. Plus any game that lets the player ride dinosaurs can’t be that bad. There are so many Game Boy titles in existence its nearly impossible to play them all, plus most of them are pretty forgettable. Adventure Island II is not such a title and should only be sought out by those who still game on this platform.