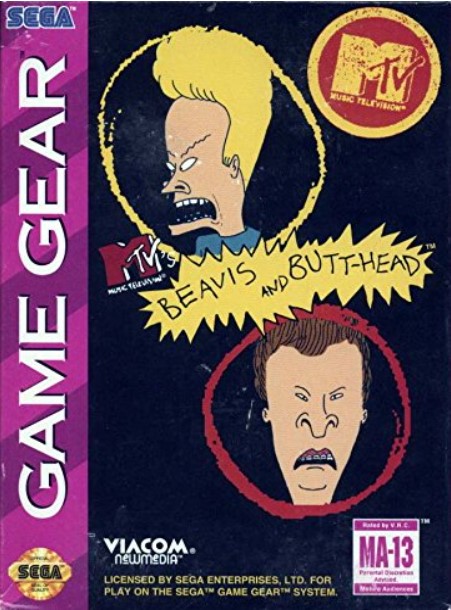 Beavis and Butt-Head was a popular cartoon in the ’90s that has had a couple subsequent reboots with new episodes being released on one of the zillion streaming services available. The premise of the show was about the day to day doings of two of the stupidest people to ever walk the earth. Their incomprehensible idiocy put them in scenarios that wouldn’t happen if the people they interacted with could understand exactly how unintelligent they were, and yet they somehow walked away from the wake of destruction they caused with no permanent consequences. This made for entertaining television, but this was also the era where any element of pop culture that was profitable needed a video game release, and against better judgement Beavis and Butt-Head received their own Game Gear game.

The Dumb-namic Duo got a few games across the popular platforms in 1994. The games themselves were different but they all had the common theme: score tickets to a GWAR concert. Getting concert tickets isn’t exactly a difficult feat for anyone to accomplish, but nothing comes easy for these two. Beavis and Butt-Head couldn’t spell cat if you spotted them the C and T, so actually putting together the sum of money needed for anything more expensive than nachos may be outside their capabilities. This was demonstrated many times throughout their original television run when their mathematical skills were put on display.

Thus begins their six level journey to see GWAR, which in itself I can’t decide is sloppy programming or a meta reference to being Beavis and Butt-Head. During the first five levels Beavis and Butt-Head need to collect money. They can spend it on things along the way but if they make it to the end of level five and don’t have enough for the GWAR tickets the sixth level is inaccessible and it’s game over. The thing is the game doesn’t actually tell the player how much money they need (it’s $100) so you’re never really sure how safe you are spending any of that money. Not knowing how much money needs to be saved seems like a glaring error on the developers’ part, but if you’re familiar with the source material, it’s not completely out of the question to have Beavis and Butt-Head show up with a handful of money and be like um, is this like enough money for GWAR? 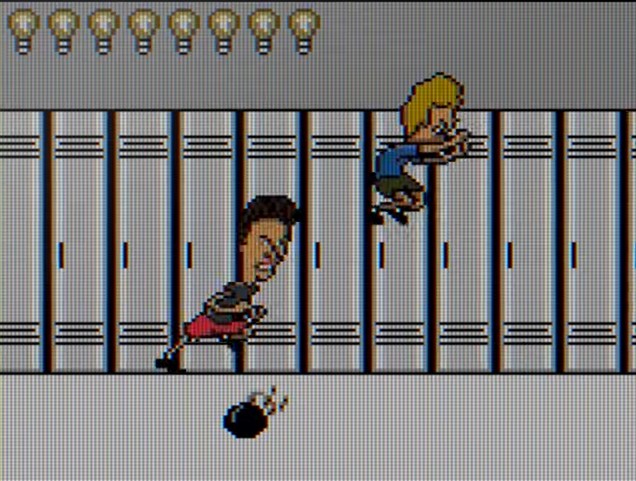 Beavis and Butt-Head are not warriors of any kind. They aren’t exactly talented at anything either outside of causing massive destruction, and even a lot of that isn’t intentional. Because of this they don’t have any combat abilities or special moves, they just meander through the levels collecting money while avoiding obstacles and other threats. The player can choose which of the two morons they control and the other just follows that one. The resulting gameplay is somehow both challenging and boring. There’s so much wasted potential and cool stuff they could be doing that would make the game rule but instead it just sucks. Beavis and Butt-Head jump over rats and dodge giant arms reaching out of lockers. There could have been sequences where they orchestrated all kinds of havoc and destruction. Not to mention there’s a complete lack of fire. Beavis and Butt-Head doing anything successfully would be the antithesis of their existence, but it seems like there should be a wake of destruction whereever they may roam. They’ve caused countless car crashes, beaten each other up several times, been beaten up by other people several times, chopped off fingers, set things on fire, probably caused millions in property damage, been admitted to the hospital several times and even turned Beavis into a flame-propelled projectile once. None of these cool things made it into the game (ignoring the fact some of those originally happened after 1994).

Credit has to be given to trying to pay homage to the show. The two main characters are well animated for the platform and do a great job of replicating their unique way of walking. There are a lot of voice overs given the time of its release. The amount of quick cutscenes that show their faces laughing and saying somethings sucks or is cool does get old quickly, but probably seemed impressive back in 1994. There are a decent amount of references to the show, with characters like Todd and Coach Buzzcut making brief appearances. A common source of humor in the show is the toilet, and eating too many tacos found on the ground can trigger a bathroom cutscene where the two perform dueling deuces. What do you think would happen if you keep eating random tacos found on the ground? In capturing the spirit of the source material, it does a better job than many other licensed games of the era, but it isn’t enough to save an otherwise dull gaming experience. 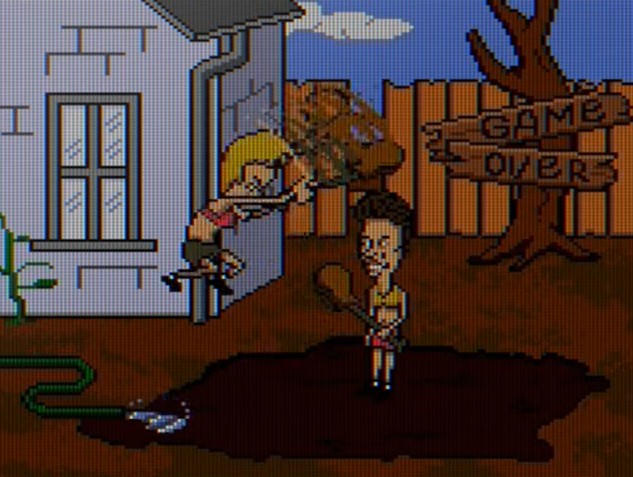 Beavis and Butt-Head does not rule. It sucks more than anything that has ever sucked in the history of things that sucked. Okay it’s not quite that bad, but it does kinda suck. The animations and frequent use of voice overs were impressive for the time, but those did little to save the dull and repetitive gameplay. It’s a shame too since there were some decent attempts at incorporating the humor and spirit of the show into the game. For hardcore Beavis and Butt-head fans there are moments that can bring about mirth, but overall this game can be skipped by the majority of gamers. Any money spent on this game would be better spent on nachos. Nachos rule.