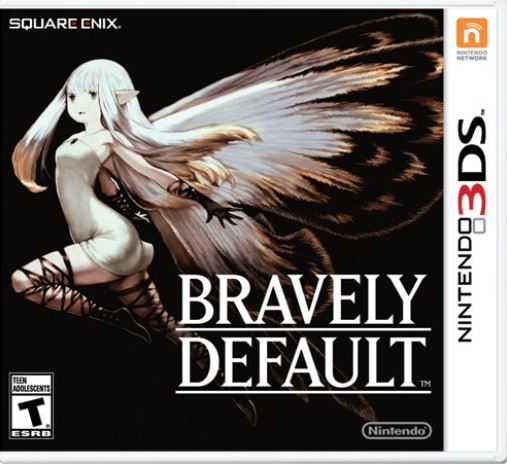 In my typical fashion of beginning an article by talking about something that has nothing to do with the game at hand, let’s take a look at Final Fantasy as a series. Final Fantasy was a lot of people’s introductions to JRPGs, whether it it the first, seventh, tenth or fifteenth numbered game. The series has made many changes throughout the decades, and while they’ve all been enjoyable to different degrees, some of the more recent ones have little in common with the early games save for the name and chocobos. As games progress and evolve, the changes are generally considered positive but sometimes we would like to see a modern take on the old style, and a classic JRPG feel is what Bravely Default strived to deliver in 2012.

Bravely Default originally began its development as a sequel to Final Fantasy: The Four Heroes of Light. Saying Bravely Default is a classic Final Fantasy game without the name isn’t entirely accurate (though that description does fit some other games), but there are enough common elements where Final Fantasy fans would need to play this. Bravely Default is set in the world of Luxendarc. A religious group known as the Crystal Orthodoxy keeps the world in balance with the four elemental crystals. Agnès Oblige, a vestal of the Wind Crystal, is awakened after the crystals are consumed by darkness and thusly has to partake on an adventure who is joined by Norende survivor Tiz Arrior, Eternian defector Edea Lee and the puntastically named amnesiac Ringabel. To provide assistance in their journey, the party is joined by the Navi like fairy Airy.

Agnès Oblige is not initially keen on the idea of accepting help, but circumstances dictate that help needs to be accepted since the battles in Bravely Default are challenging enough even with four party members. The four travel to Ancheim to learn that the ruler is essentially demanding slave labor to turn the windchimes since the wind is no longer blowing. The party travels to the Wind Temple to learn that since the crystal has darkened the Temple has been overrun with monsters, because that’s how these things to work. In order to restore light to the crystal Agnès needs to find and repair the sacred vestment which requires rainbow thread. Also, the rainbow thread is guarded by a bad tempered dragon so just in the early stages of the game there are tons of classic JRPG elements of reluctance alliances and seeking out mythical items that require killing powerful monsters. After this is taken care of, the party has to seek out other vestals to restore light to other crystals. 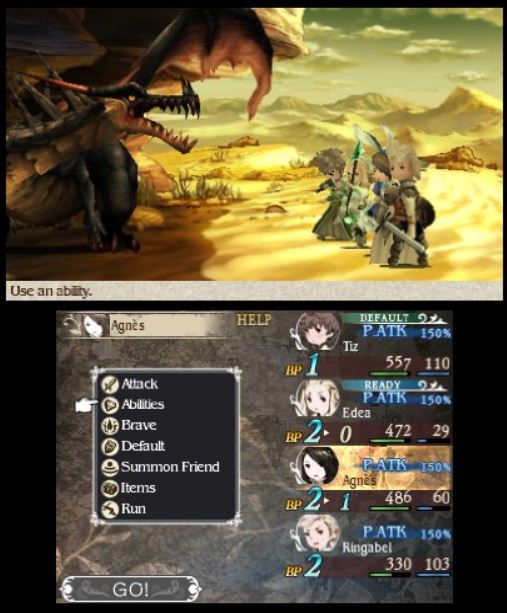 Bravely Default is in many ways a classic JRPG, but it did throw in new ideas. The most notable of these is in their turn-based battles which uses a Brave and Default system. Players can use Brave points to take actions and accumulate one Brave point per turn. Characters can go into a Brave point deficit by taking multiple actions in a single turn but will then need to wait multiple turns before they can act again. They can also choose the Default command, which takes no action and increases their defense while gaining an additional Brave point. This system allows for greater strategy in the boss battles and can quickly end some of the random encounter battles. This is a precursor to the battle system that was used in another worthwhile game in the same classic JRPG game, Octopath Traveler.

Bravely Default features a job system where the characters begin as the Freelancer quest but can collect additional jobs such as the traditional Knight, Monk, White and Black Mage along with more exotic classes such as Summoner, Ranger, Arcanist and Dark Knight. Each class has its own strengths and weaknesses. Characters can use the skills of their equipped job along with skilled learned from other jobs, allowing players to have some customizing freedom with building their ideal party and how they want to address combat. The limitation is that while in theory the player can build any party any way they wish, the game is designed where specific job ability exploits are almost essential to complete the game which does put an artificial limit on things. 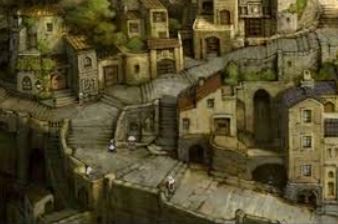 Outside of the traditional JRPG format of visiting towns, learning about the story and world lore, exploring dungeons and fighting powerful monsters, there were a couple other unique features added. As Nintendo has always promoted games as a social activity, they make use of the DS StreetPass system. This system was probably a lot more useful during the hey day of the 3DS and closer to the game’s launch, but there were some useful features with this. The Abilink allowed characters to use job skills they haven’t learned provided the player has a friend who learned them and swapped data using the StreetPass. Players could also use a friend’s characters as a summon in battle. Lastly, one of the ongoing sidequests in Bravely Default is the reconstruction of Norende. While obtaining villagers through StreetPass isn’t essential, it does make the process go a lot quicker.

As great as Bravely Default is, it’s not without its flaws. While this was a good plot piece, it ended up feeling overused and bloating the game in ways where it felt too repetitive and artificially extended. The idea of cleansing the crystals, defeating the enemies and being thrust into a parallel world does potentially make for an interesting plot, but having to do this multiple times did make the later part of the game feel like a slog and the sense of time already invested in the game became the primary motivation for completing it, which is a shame because aside of overstaying its welcome everything else about the game was great. 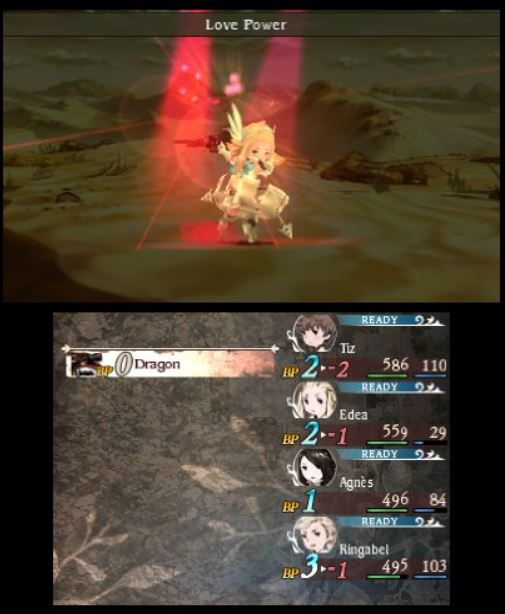 In spite of the aforementioned excess bloat in the later part of the game, Bravely Default is a worthwhile throwback to the golden age of JRPGs. There are quality of life features that would be nice to include in more turn-based RPGs, such as the ability to speed up time, turn off random encounters and tweak the difficulty level midgame. The story makes no attempt to hide its classic RPG influence, but it’s still captivating through the end. The characters look inspired by the designs of the 16-bit era, and the soundtrack is among the better ones on the 3DS. Criticisms aside, Bravely Default is one of the best JRPGs developed for the 3DS and is recommended to fans of the genre and specially Dragon Quest and early Final Fantasy titles.