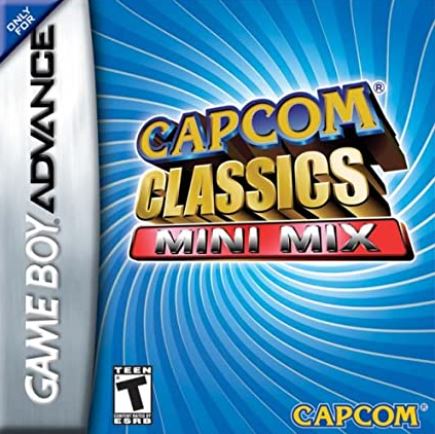 Retro collections have become increasingly popular as gamers grow as a demographic, which isn’t a counterintuitive thing. Gamers who don’t grow out of the hobby like to revisit games from their youth but often times no longer have the hardware to play, or at least not conveniently accessible. Many publishers have released compilations of their previous hits, but no publishers seems to have released as many as Capcom (this statement has not been fact checked). Capcom collections have spanned several console generations, some of which even devoted to a single franchise. One of their least impressive compilations is the Capcom Classics Mini Mix on the Game Boy Advance that was released in 2006. 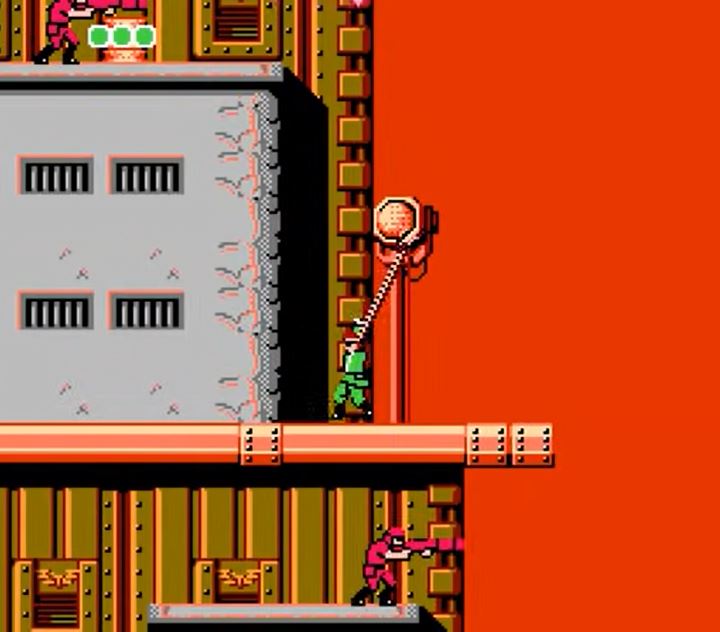 The three games included are Bionic Commando, which is the NES port based off the arcade game, Mighty Final Fight, which is the NES chibi reboot/parody of the arcade game, and lastly there is Strider, the NES Strider which is based on the Strider arcade game but is drastically different from it. Bionic Commando is probably considered the best NES game on the collection, but Strider and Mighty Final Fight are entertaining in their own right. These games weren’t included in the other collections and while these NES games’ legacy doesn’t carry the same weight as say Street Fighter II, they’re good enough games from the NES’s history that are worth checking out.

Bionic Commando is an early example of a game that was censored when it came to the States from Japan. In the original Japanese release, the enemy is decorated with Nazi symbols in some plot involving a zombie Hitler. Fighting Nazis is pretty much accepted as being a good thing, but I guess they took issue with a game marketed to children being filled swastikas. So instead of preventing the rise of the Fourth Reich, the protagonist Ladd is fighting the evil Badds, who are just as rotten as Nazis but adorn their flags with eagles. Ladd communicates with his commanding officers and follows a non-linear path in a helicopter with an overhead view. If the helicopter stops on a square with an enemy vehicle then an overhead shooting stage occurs. When the helicopter lands on the corresponding square to the mission, it becomes a side scrolling platformer. The catch is Ladd can’t jump and has to use his bionic arm grappling hook to swing across gaps or ascend to a higher platform. This is innovative for its time and scratches the action platforming itch without offering a generic experience. The NES port of Bionic Commando is originally from 1988, and it shows that creative game design and good mechanics are much more important to a game’s longevity than good graphics. 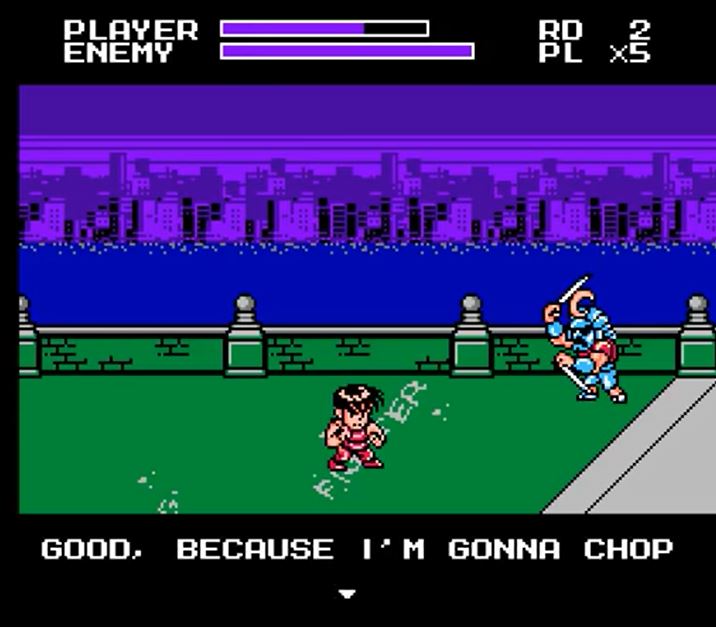 Mighty Final Fight was released on the NES in 1993 and it was a game that puzzled me at the time. Final Fight was a great arcade beat ’em up from 1989 that got a rather faithful port to SNES in 1991. And by faithful we mean it kept two of the three playable characters, two player co-op was dropped, the Industrial Zone level was removed, Damnd and Sodom were renamed Thrasher and Katana, the bonus stage guy says “Oh my car” instead of “Oh my god” and female enemies Poison and Roxy were changed into male punk rockers Sid and Billy (and for trivia Poison was later stated to be a transgender woman for Street Fighter IV), but aside from that it was a faithful arcade port. Mighty Final Fight is still single player but they brought back red gi wearing Guy. Instead of the gritty realism the original went for, Mighty Final Fight has a cartoonish chibi artstyle and introduces experience points to raise skill levels. The tone itself was much more light hearted and comical than the original. It turned Final Fight into such a River City Ransom clone it should have been called Metro City Ransom instead of just throwing the Mighty adjective in the title. But Final Fight and River City Ransom are both good games so a Final Fight with River City Ransom DNA sounds like it could be fun and that’s exactly what Mighty Final Fight is. View it as a Final Fight parody or like the PG version of Deadpool. It’s violent gang warefare presented in a more kid-friendly way, but a fun beat ’em up nonetheless.

Strider was a cool arcade game that was probably most remembered for the cipher attack animations. A faithful arcade port came to Sega Genesis and NES owners got a completely different game. Despite the title and similar sword swing design, arcade Strider and NES Strider didn’t seem to have a whole lot in common. But once you accepted that this wasn’t the arcade Strider, it was actually fun. Even though the term wasn’t around during its original 1989 release, one could make a case that this was one of the early metroidvanias. Striders were high-tech ninjas in the future and the player controls a Strider named Hiryu. The player takes Hiryu around the world, looking for floppy discs (because why wouldn’t we still use floppy discs in the year 2048) to figure out his next objective and finding new items to allow access to previously-inaccessible locations, such as the magnet boots being used in the screenshot below. Strider is a nonlinear action adventure game, and while not nearly as challenging as an adult, it still provides entertainment traveling about the world and unraveling the story. 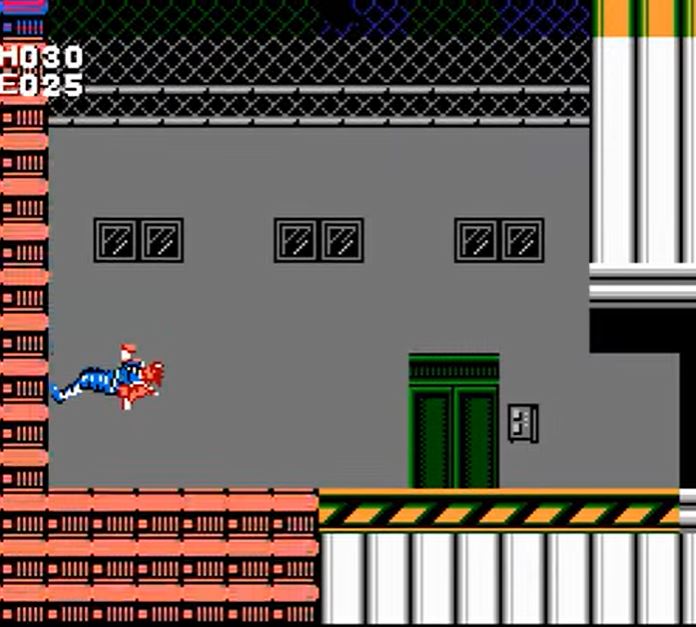 Capcom Classics Mini Mix offers three good games from the NES library. This is a tiny offering compared to the other Capcom Collections, but I don’t believe these particular NES games are on any of the other collections. They may not be talked about as often as other Capcom games, but the three titles on here are still fun. A lot of the Capcom collections have centered on arcade games and it can’t be denied that Capcom has an impressive arcade resume. But Capcom Classics Mini Mix suggests that it wouldn’t be bad if they did release more retro collections for their console games.