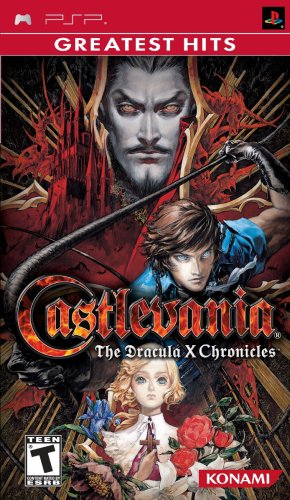 Rondo of Blood takes place four years prior to Symphony of the Night but follows a structure similar to Castlevania III: Dracula’s Curse. There are two playable characters, Richter Belmont and Maria Renard, and while there is a linear level progression through the game, there are multiple paths the player can take that will ultimately lead to different endings. Richter plays like a typical Belmont; he has a trusty chain whip and can use the typical subweapons. He does have a few extra acrobatic moves at his disposal and can expend a greater number of hearts to unleash a powerful Item Crash attack. Maria plays like PETA’s worst nightmare; her standard attack is unleashing doves from under her arms and her special weapons include weaponized cat projectiles. The character that is more fun to play is obvious.

The remade Rondo of Blood is mostly faithful to the original version. The graphics are the biggest changes, gone are the sprites of the original in favor of 3D models in a 2D world. The new graphics are not bad, technically speaking, and while they do offer a more serious and darker aesthetic than the original, much of the charm from the sprites is gone, though one could argue that the soulless and cold feel of the new graphics is fitting for Dracula’s realm. There are a few changes in some levels where there are new areas to explore, Dracula has a new form at the end, a plot detail about Shaft and Annette (intentionally vague to avoid spoilers) was added and Stage 5′: The Hidden Docks was completely redesigned. With the tweaks, the difficulty levels basically balances out to remaining the same as some areas become more difficult while others become easier. The music has been remixed for the PSP, and there are some familiar Castlevania tunes such as Bloody Tears and Vampire Killer. 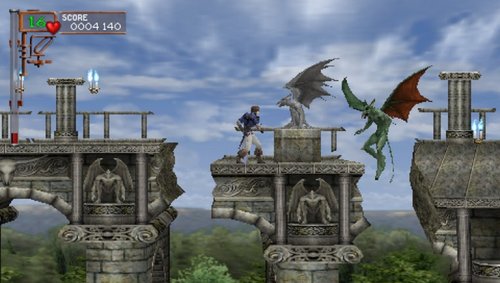 There are eight stages in Rondo of Blood, but there are alternative paths where there are alternative versions of stages two through five, designated by having a stage 3 and a 3′ for example. Rushing through the game by taking the most obvious path will lead to the bad ending, where taking time to explore by taking leaps of faith down bottomless pits and looking for crumbling ruins could lead down the path to proper ending. These branching paths give reason to play through the game multiple times, not so much for the different endings but to explore the levels as the alternates can be quite different from each other. The gameplay for Rondo of Blood is old school Castlevania, which means it is punishing and unforgiving, but nothing anyone who’s tackled any of the 8-bit or 16-bit Castlevania titles can’t handle.

Hidden away within The Dracula X Chronicles is the original Rondo of Blood. In this writer’s opinion this is the preferred way to experience the title but both versions are worth playing. Going back to the original Rondo of Blood after playing Symphony of the Night is especially interesting because you can see a turning point in the visual evolution of Castlevania. A lot of the level designs feature higher quality graphics and more details in their designs but are very much still classic Castlevania with the square block flooring. The first level even looks like the towns from Castlevania II: Simon’s Quest with a high quality graphics makeover. Going in the other direction, Richter and Maria are the same characters we later see in Symphony of the Night, as are the graphics for the subweapons and certain enemies like the flying medusa heads and the minotaur. The graphics are the visual representation of how Rondo of Blood was the transition from the classic Castlevanias to what would become known as Metroidvanias and Igavanias. 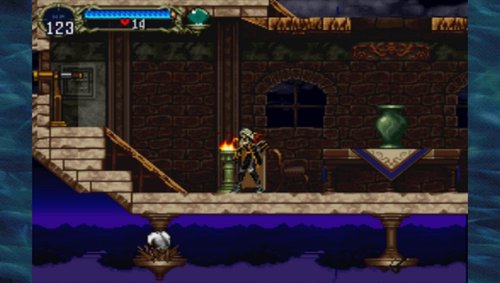 Symphony of the Night

Symphony of the Night is considered by many to be the best Castlevania, and while we never got a home console follow up, the subsequent six Nintendo handheld titles were clearly spiritual successors to this. Symphony of the Night has us take control of Dracula’s half human son Alucard, who we first met in Castlevania III. Richter and Maria do make appearances throughout Alucard’s trek through Dracula’s castle. Rondo of Blood can be completed in a couple hours or so, depending on skill level, whereas Symphony of the Night can take anywhere from the 10-20 hour range depending on skill and familiarity with the game. The castle within Symphony of Night is huge, and through proper exploration an inverted, more challenging version of the castle can be unlocked which is necessary in order to get the true ending. There are multiple branching paths throughout the castle with some areas that are inaccessible until certain abilities are acquired or the pathway is opened from the other side.

Alucard does not control like a typical member of the Belmont clan. His animation is more fluid and his moves are more graceful. He can fight with a variety of weapons, though swords seem to be the most common. He can use magic, such as the triple fireball attack his father is notorious for using and assume different shapes such as a bat, wolf or mist. He can summon familiars to help him, like a flying demon or sword. There are some great boss battles to experience, such as the rotting Beelzebub and his pesky flies, the Granfaloon which is a big ball of corpses that drops zombies or the fake versions of Trevor, Grant and Sypha from Castlevania III. The toughest boss is not Dracula, but a massive demon named Galamoth that lurks within the Floating Catacombs, who is so large his height exceeds that of the screen. Trying to fight Galamoth with honor is challenging though it can be done. If you want to fight dirty, equip the Beryl circlet and you can absorb his lightning attacks which makes the fight a joke. If you’re lucky enough to get a Schmoo to randomly drop the Crissaegrim while roaming about the Forbidden Library, that makes the fight a lot easier too. 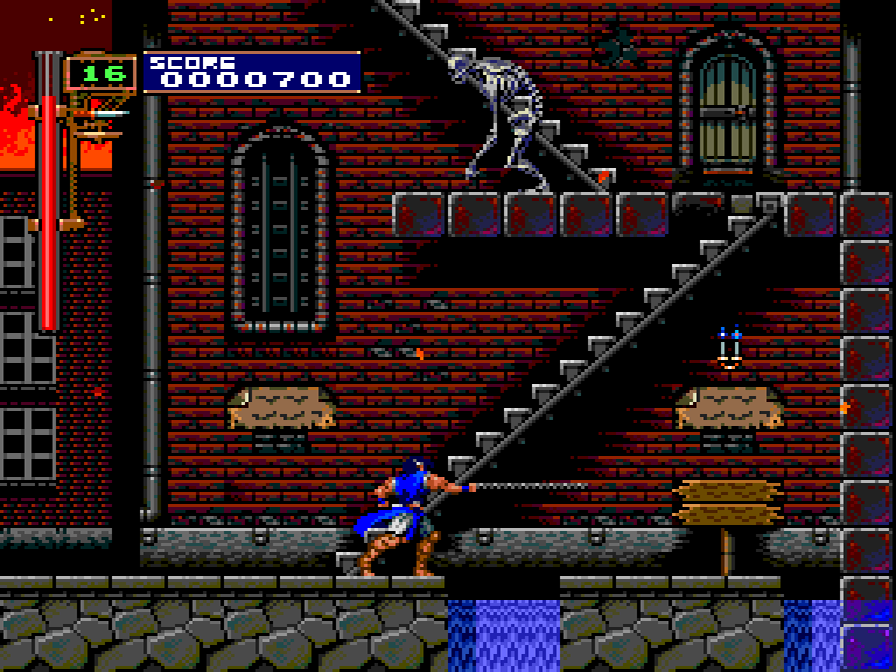 Rondo of Blood original (not taken from PSP)

For additional challenges, the game may be replayed as Richter or Maria by entering their respective names when starting a new game after completing the game once. Their playstyles do introduce unique challenges as the castle was designed for Alucard and his abilities but Castlevania isn’t exactly a franchise for people who are allergic to difficulty. Sadly, one of the more noticeable changes to the PSP version of Symphony of the Night is the dialog; they had the nerve to improve it while doing the port. The US dialog in the original PlayStation version is downright atrocious, but atrocious in a way that has become legendary over the years: “What is a man? A miserable little pile of secrets! But enough talk! Have at you!” Dialog like that could only be matched if Tommy Wiseau summoned the spirit of William Shakespeare to be a writing partner.

Castlevania: The Dracula X Chronicles offers the best Castlevania game and two versions of a very good Castlevania. The collection is not without its minor issues but even with the imperfections this is a essential item in anyone’s PSP library. Rondo of Blood feels dated but is still enjoyable whereas Symphony of the Night is as ageless as a true vampire with one of the best original game soundtracks. Few games are able to hold my attention after two decades, which is an elite club Symphony of the Night belongs to.