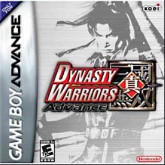 As stated, the arcade style action of the one-versus-one thousand format was too much for the Game Boy Advance to process, at least at the same level we were used to seeing the Three Kingdoms battle on Xbox and PlayStation 2. To get around this the battles were no longer one-versus-one thousand, they were more like one-versus-nineteen and instead of the 3D environment it went to an overhead format. The battles were also much shorter skirmishes that occurred within the larger battle, unlike the home console battles where the battlefield was a vast landscape filled with hundreds of enemies. 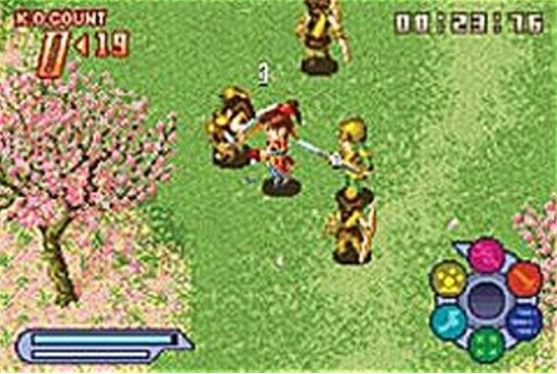 Dynasty Warriors Advanced used a board game inspired format between these skirmishes giving it a more strategic element than other Dynasty Warriors titles. The player moves their warrior along the grid to occupy positions and engage enemy units in battle. The map can be viewed tactically to see where ally and enemy units are. In typical Dynasty Warriors fashion other characters of historical relevance will make their comments when a higher resolution portrait of their face pops up. It’s actually an interesting approach to maintain a semblance of military strategy, and likely this was a more enjoyable approach to simply having the player walk across a massive battlefield in glorious old-fashioned 2D overhead. The commentary of other generals maintains the ongoing battle dialog of the series, even though every Dynasty Warriors game I’ve played I did think that it felt like they’re running around 2nd and 3rd century China with wireless communication headsets.

The battles in Dynasty Warriors Advance aren’t as exciting as they are in their home console counterparts. The enemies are fewer in number, and even though the series (and its seven billions spin offs) is known for repetitive button-mashing play, the monotony of combat is evermore noticeable in this handheld version due to the simplified nature. It’s not that the game mechanics are bad, it actually feels like some of the classic 16-bit overhead games. The battles are just short skirmishes as the player moves across the grid to advance to familiar story. It’s fun in small doses, which isn’t bad for a handheld, but lacks the binge playing appeal of the other titles in the series. 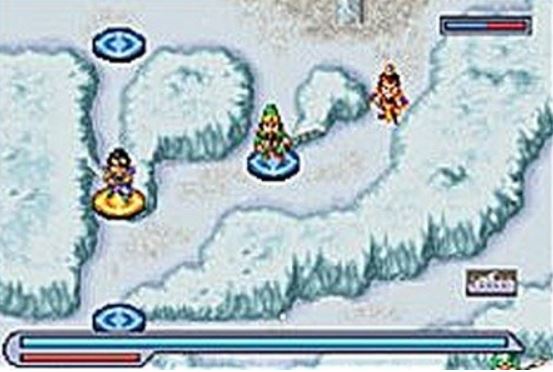 While not as engaging as the other Dynasty Warriors titles, the development team did a good job at recreating an authentic Dynasty Warriors feel. The character roster is much smaller than other entries in the series; each kingdom begins with three playable officers with the ability to unlock their leader. The legendary Lu Bu is of course playable but after the player has completed the game with the unlockable generals of Shu, Wei and Wu. The major battles from the three kingdoms period are represented and fans of the series will find this entry faithful to the overall spirit of Dynasty Warriors.

The graphics are one of the areas where this entry feels the most different from the other titles. The characters are recognizable to fans but due to the nature of gameplay and hardware limitations the artists have designed the characters in a chibi style instead of the more realistic models we’re used to, though their portraits look more like the classic art style. Familiar music themes are present and hearing the iconic Lu Bu theme on the GBA attempt at electric guitar tones works well. 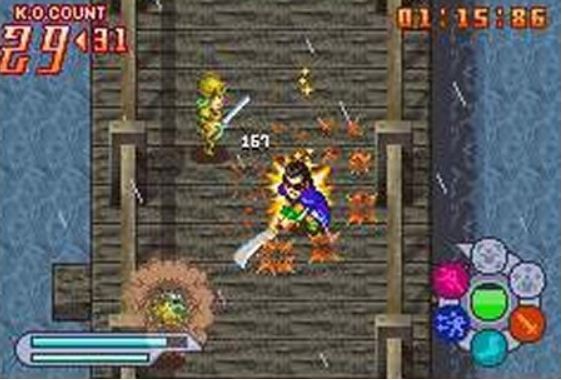 Dynasty Warriors Advance tries to present the series in a new format while trying to maintain the overall feel of the game. The results are mixed and even at the time of its release the reviews weren’t exactly glowing. Dynasty Warriors is a series I’ve been a long time fan of, but wouldn’t consider this entry a must-play title. It’s interesting how they tried to incorporate a strategic map to give more content to the game to compensate for the smaller scale in battle but even with the turn-based approach it’s not exactly a high strategy game. It’s worth checking out for people who can’t get enough of the Three Kingdoms saga but this is a title that’s best enjoyed in small doses and not really a must-play title.