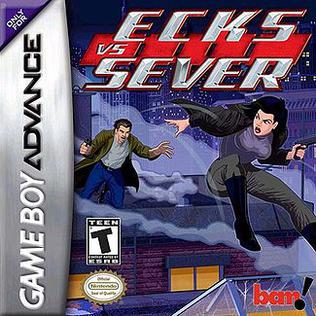 Many years ago in the back of a Chevy Express traveling cross country in the wee hours of the morning insomnia and boredom were both running rampant. This vehicle had a built in TV/VCR combo and the former eagle scout among us came prepared with an assortment of VHS tapes. He spoke of the wonders that were contained in his movie collection, saying he has lots of action movies and a really good one with Lucy Liu. Unfortunately, out of all the movies he could have selected this particular action flick was Ballistic: Ecks vs. Sever. Expectations for any movie viewed under these conditions were low and this movie grossly undershot every single one of them. This movie was so bad it seemed like it sought out to intentionally fail as spectacularly as possible as this film was just an unmitigated disaster. Fast forward to now where I was feeling in a rather masochistic mood, I learned that not one but two Game Boy Advance games were based on this cinematic dumpster fire, and given how terrible games based on movies and TV tend to be, I decided to subject myself to what sort of horrors might exist in this cartridge.

For some reason, one of the most universally panned movies with no sequels had two Game Boy Advance games released within a year of each other. Ecks vs. Sever came out in 2001, almost a year before the movie and was based on an early screenplay. The second game, sharing the name Ballistic: Ecks vs. Sever, was released six days before the film’s release and was based on the theatrical cut. Looking at this bizarre timelime for the release schedule for what seemed like two unnecessary games it seemed no good could possibly come from any of this, but for the sake of having a monthly column and no real inspiration to write about a specific game, I decided to bite the bullet and go with the first Ecks vs. Sever game. 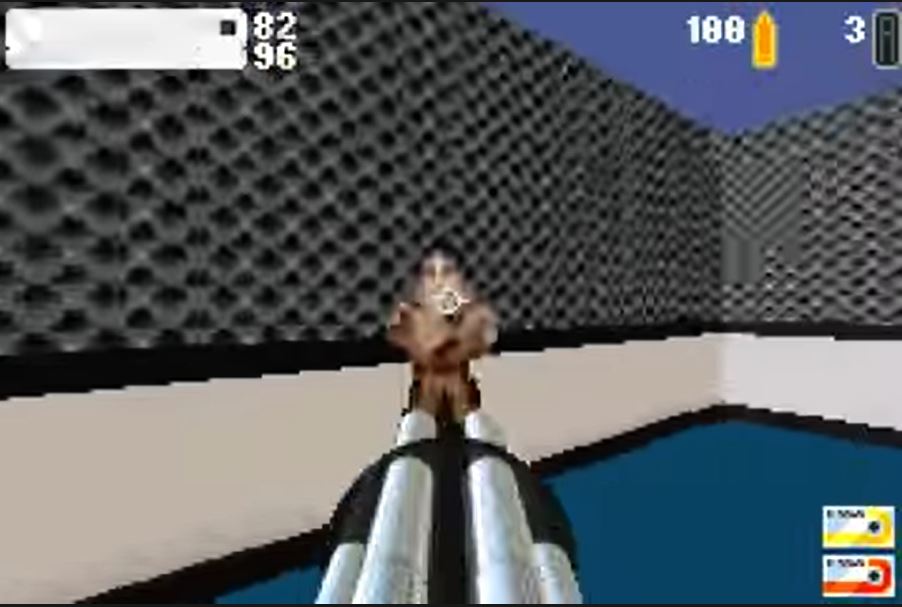 In Ecks vs. Sever players select which of the two titular characters they wish to control. Each character has their own level designs and specific plot details but the storylines of each of the two characters are intertwined, with written dialogue between levels to serve as mission briefings. Some of these are rather lengthy, and they actually make the game feel like it has a more developed and fleshed-out story than the movie. There are eleven levels in total for each character with the occasional boss fight where they fight against each other, and a rather easy to remember password system to maintain progress.

As stated earlier, Ecks vs. Sever looks and plays like the early ’90s Id Software games. Going back to the D-pad to play a first shooter seems alien nowadays after having the mouse and keyboard combo or twin thumbsticks, but this approach works well enough for the game given the Game Boy Advance hardware limitations. The D-pad moves the character forward and changes the facing direction while should buttons can be used to strafe. The player navigates 3D environments for levels where they shoot the sprite enemies, and as a throwback to the classic first-person shooter, Ecks vs. Sever actually does a fine job of recreating that gaming experience. There are different guns and assorted items to collect in each level and aiming is extremely simplified because of the hardware. How well it holds up today for newcomers is up for debate, but at the time of its launch it got itself a Metacritic score of 80 and meets the expectations of what people could expect from first-person shooters for the time. 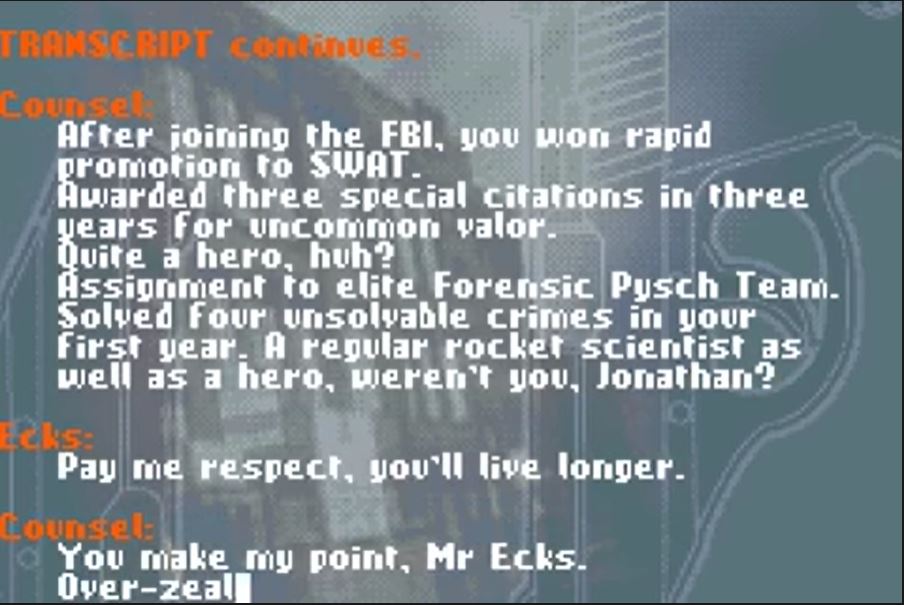 Ecks vs. Sever is a surprisingly competent first-person shooter and a supporting argument against judging a game based on its source material. Despite being based on what would become one of the worst movies ever made, Ecks vs. Sever is a fun game in the style of the classic Id shooters. It doesn’t surpass the games that influenced it, but can proudly stand among them. It does have unique historical aspects such as being the rare case of a game based on a movie getting favorable critical reception while the movie is universally panned, which in itself is rare but also being released almost a year before the film on which it’s based is an unheard of practice. Despite those historical tidbits, fans of retro shooters should check out Ecks vs. Sever because in spite of every logical expectation stating it should be terrible, it’s actually a well-developed and fun game.