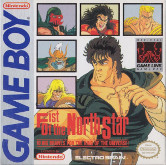 Anime is a vast goldmine of source material for video games. This is incredibly apparent now with so many games out now that are based on popular anime like Dragon Ball Z and One Piece but this has been going on since Japanimation was the accepted colloquial term. One of the earlier titles that can be remembered in the pages of old GamePro magazines was Fist of the North Star for the original Nintendo Game Boy. YouTube and streaming services weren’t invented back then and for the majority of people the internet may have well not existed, so anime was much harder to acquire back then and was even more of a niche market than it is today. Or it might have just seemed more inaccessible since I was barely old enough to be considered a human being. At any rate, the art style and screenshots were enough to pique this writer’s interest even though it would be years later before there was any hands-on time.

Fist of the North Star takes place in a post-apocalyptic future after a nuclear war that destroyed most of civilization, circa 199X. The latest this futuristic date could occur would be twenty years ago in 1999, so let’s all take a moment to reflect on how old we are and that we will all die soon. The main character is a buff guy named Kenshiro, who is one of the three masters of a technique that causes its victims to explode from the inside out. This is pretty badass, punch a guy and they explode. Unfortunately, expecting this kind of action from this Game Boy title is as disappointing as waiting for Santa to come down the Chimney on Christmas Eve, assuming you are six years old or younger. No, this game is like most of our childhood dreams when we enter adulthood and realize the crushing realities of life as we settle into a joyless existence where no dreams are ever fulfilled. Even with expectations that low, Fist of the North Star on Game Boy may still disappoint.

Fist of the North Star is one of the earlier one on one tournament style fighting games. Compared to modern games it is extremely simple and primitive. The same can be said for the vast majority of anything that came out in the early days of Game Boy, but this caveat unfortunately doesn’t do anything to make playing the game a less miserable experience. Maybe if I had played it in 1990 my opinion would have been more forgiving, but even if this was considered good at the time of launch, the years have not been kind to it. Some of the basic fighting ingredients are present but this needed some more time in the oven. 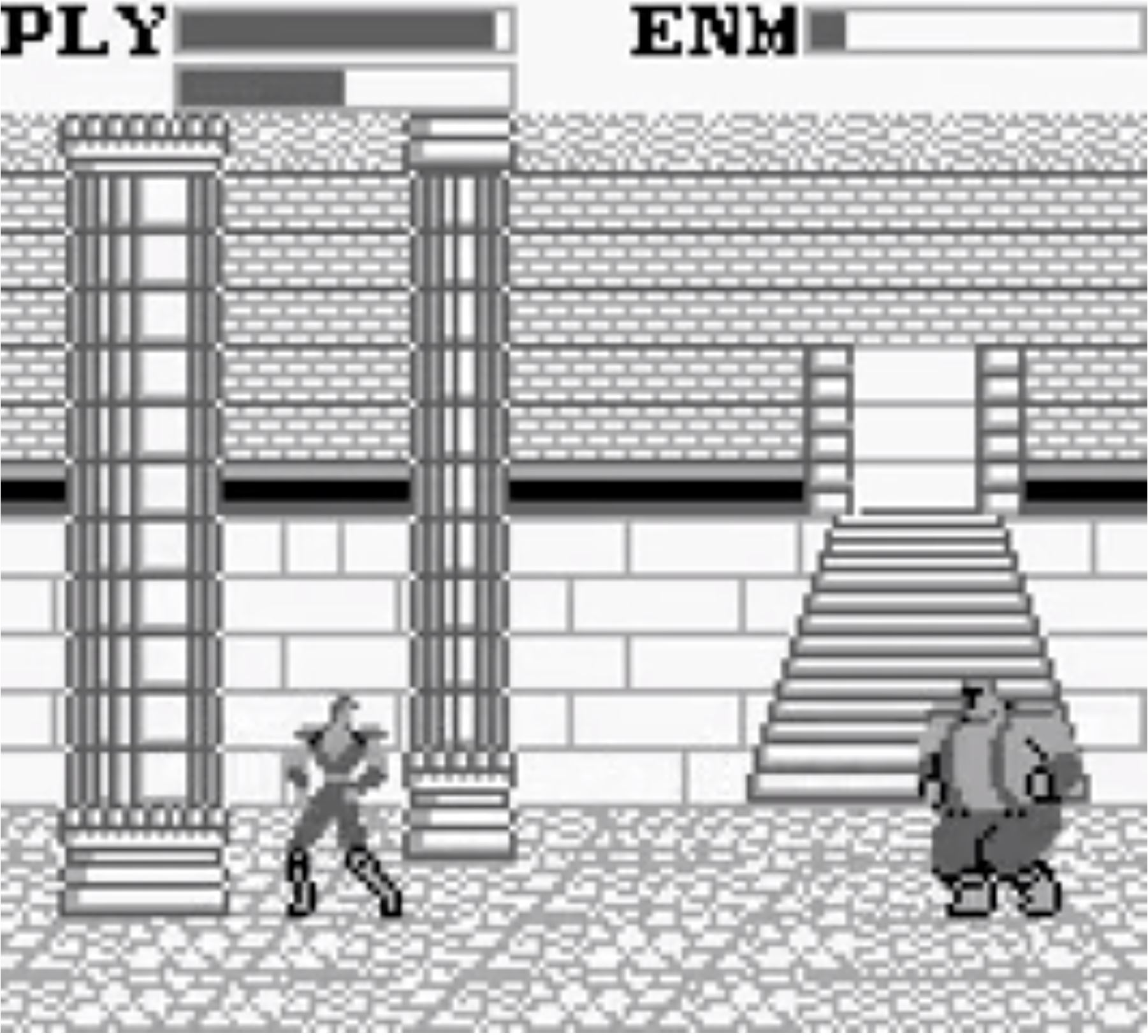 The character roster is an acceptable size but there is little variety among the available characters. The main difference is a couple of them can’t jump, which seems rather ludicrous but I suppose they’re included for the ultra mode. There isn’t much variety in fighting style or special moves but given the simple control layout on the Game Boy one shouldn’t be expecting finishing moves, three to five special unique attacks per character and 37 hit combos either. Unfortunately, even excusing the limitations of the hardware and the era the end result is a game that is repetitive and boring. There isn’t really any story progression to speak of during the game, but also this is something that was standard for the time.

Finding the sweet spot for a challenge is tricky with most games, and Fist of the North Star somehow manages to be both too easy and too difficult, which is a rather impressive feat. If one were to treat this game like a proper fighter by going toe to toe with their opponent, chances are they are going to get stomped. Jump attacks work a little better than standing attacks but even those aren’t likely to turn the tide of battle. Even the great Kenshiro, who can make people explode by punching them, will likely not win in a fist fight, and even if he does sadly there will be no explosion. Now if the player decides to be cheap, then things become ridiculously easy. Despite the bad combat mechanics, the controls are surprisingly responsive so the player can charge and released their special projectile attack while jumping over anything that may come to do them harm. This approach is tediously and ultimately not fulfilling, but a win is a win. 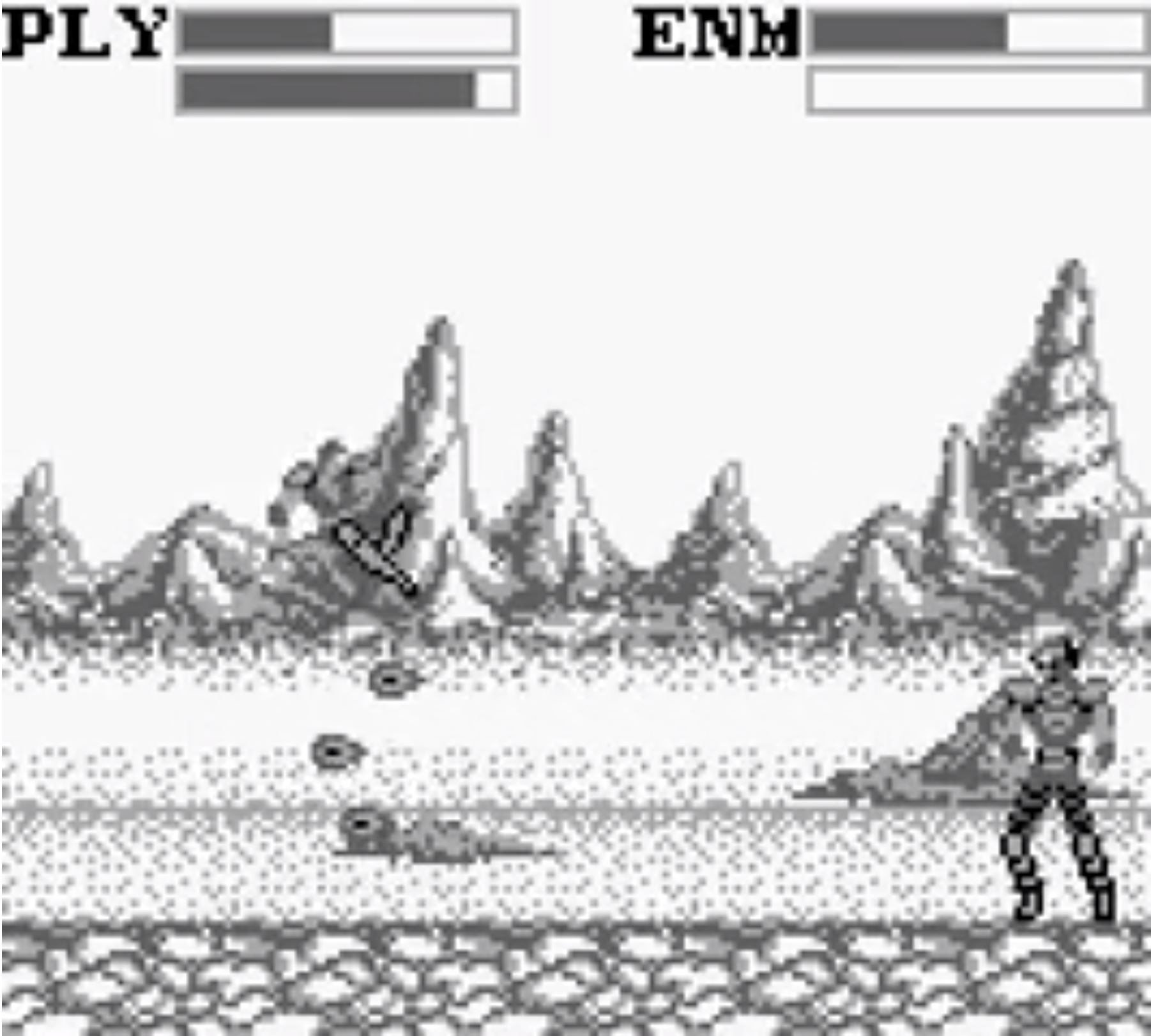 Fist of the North Star: 10 Big Brawls for the King of the Universe is one of those games that you want to like because of the anime cover art and its early attempt at a fighting game, especially on a handheld. This is also the sort of game, however, that made gamers who grew up in the ’80s and ’90s suspicious of any game that was based on a popular franchise. When people see a movie based on a book they tend to complain about it, because whatever movie they created in their head while reading the book is almost always better than the movie on screen. The same train of thought applies here, as whichever Fist of the North Star games you’ve envisioned after enjoying the anime/manga for your dream game adaption, it’s a safe bet that it’s better than this. There’s a few other games based on Fist of the North Star and chances are those are better than this one anyway.