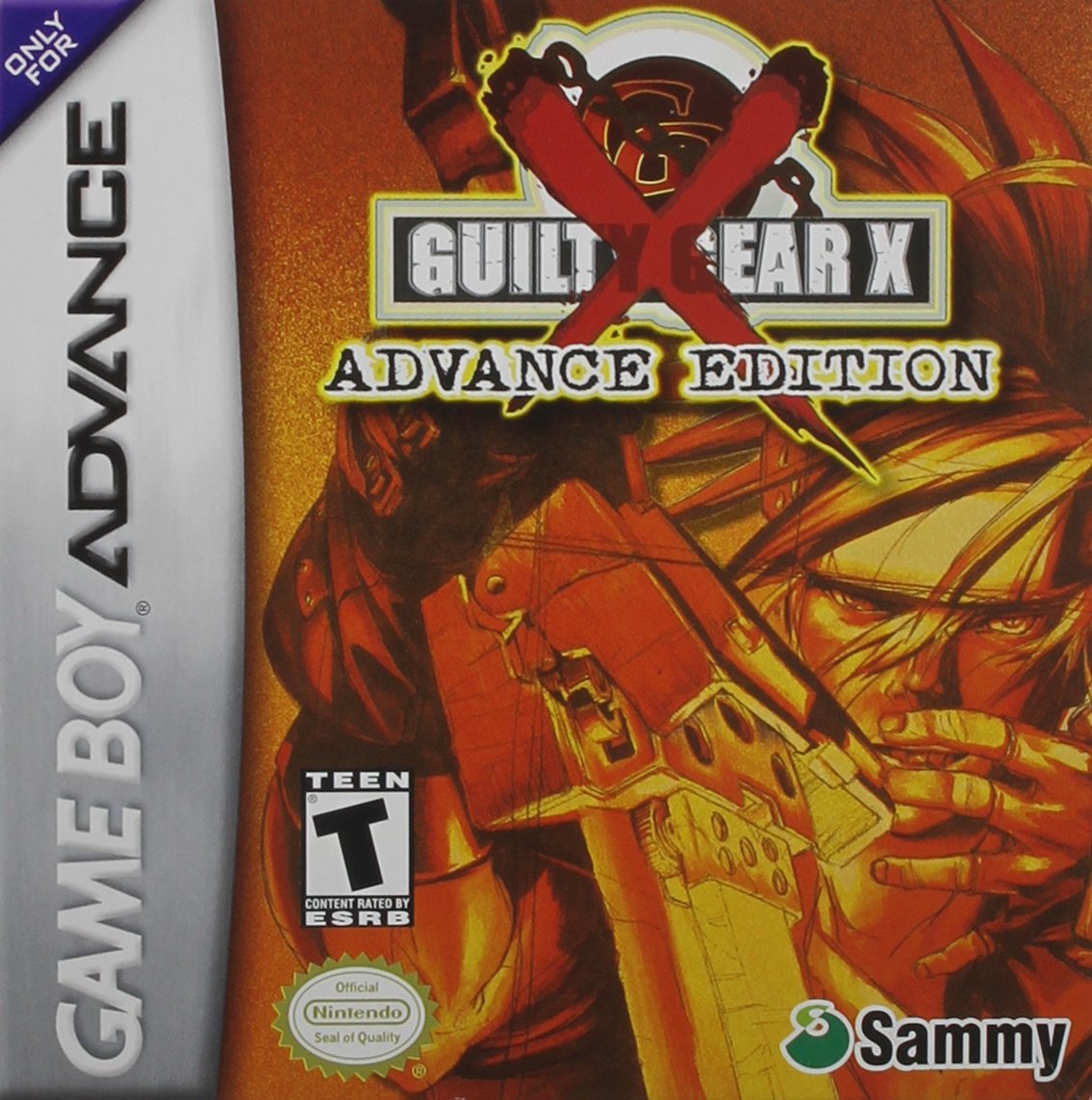 Guilty Gear might not be as well known as Street Fighter, but among fighting game fans Guilty Gear is regarded as one of the best 2D fighting series around. Arc Systems Works has created a series that not only has great fighting game mechanics, but is filled with fantastic character designs, beautiful anime-style graphics and great soundtracks. And this may show some personal bias, but having several nods to heavy metal and rock music in the character designs doesn’t hurt at all. Guilty Gear games capture the essential elements of the golden age of arcade fighters. A handheld entry that doesn’t get brought up too often is Guilty Gear X: Advance Edition for Game Boy Advance, which is the handheld port of the second Guilty Gear game.

One of the reasons why Guilty Gear X: Advance Edition isn’t brought up too often is that compared to Guilty Gear X on PlayStation 2 and Dreamcast, the handheld port comes up a little short. To be fair, arcade fighters never had their best ports on Game Boy systems. The small screen, less-powerful hardware and sub-optimal multiplayer didn’t allow for the ideal fighting experience, but regardless of those limitations, having the the ability to play Guilty Gear on the go is nice even if sacrifices need to be made in order to achieve it.

Guilty Gear X: Advance Edition takes place in the year 2181, which seems like it’s off in the distant future, but the year 2000 seemed that way at one point so 2181 will be here before you know it. Guilty Gear X takes place less than a year after its predecessor when another commander Gear was discovered. Gears are artificial magical creatures, originally designed to advance evolution, but eventually became used for biological warfare. To quell the concern of another war, another Holy Knights Tournament Ensues with a reward of half a million world dollars for the defeat of Dizzy. The story of Gears and their role in evolution and destruction of mankind is an interesting if not convoluted tale that has led to a lot of good fighting games. 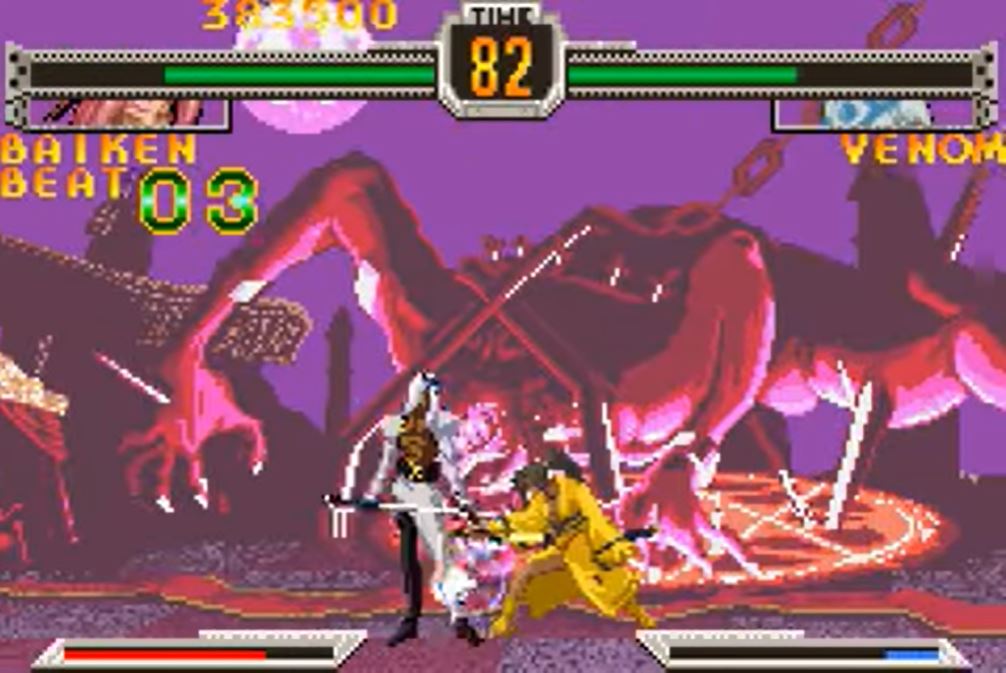 The gameplay translates well to Game Boy Advance for the most part. It has four main attack buttons for punches kicks along with taunting for good measure. The play controls are smooth and responsive, but the AI for single player is bad. Even those unexperienced with the Guilty Gear series, or with fighting games in general, should be able to complete the story campaign without much difficulty. This ends up making this a better game for those seeking Stuart Smalley levels of self affirmation than a legit fighting challenge. There are also tag match modes and 3-on-3 matches, but given the overall lack of challenge these modes don’t add a great deal of worthwhile variety to the experience. The visuals also take a hit in the handheld port, but this is something people should reasonably except given the hardware limitations. The backgrounds look bland and the characters aren’t as impressive as their home console counterparts, but it’s far from the worst-looking portable fighter out there.

Something that I’ve always appreciated about the Guilty Gear games is their unabashed love of rock and metal. So many characters are references to musicians and bands of the genre. Chipp Zanuff is clearly an homage to Chip Z’Nuff, bassist of Enuff Z’Nuff. Dizzy is Dizzy Reed, Guns N’ Roses keyboardist and Axl Low is a nod to their notorious frontman. Faust is best known as the drummer for Emperor. May could be a nod to Queen’s guitarist Brian May, and Testament and Venom are clearly named after those two bands. And for things almost too obvious to mention, the Megadeath Gear is a reference to the thrash legends Megadeth. 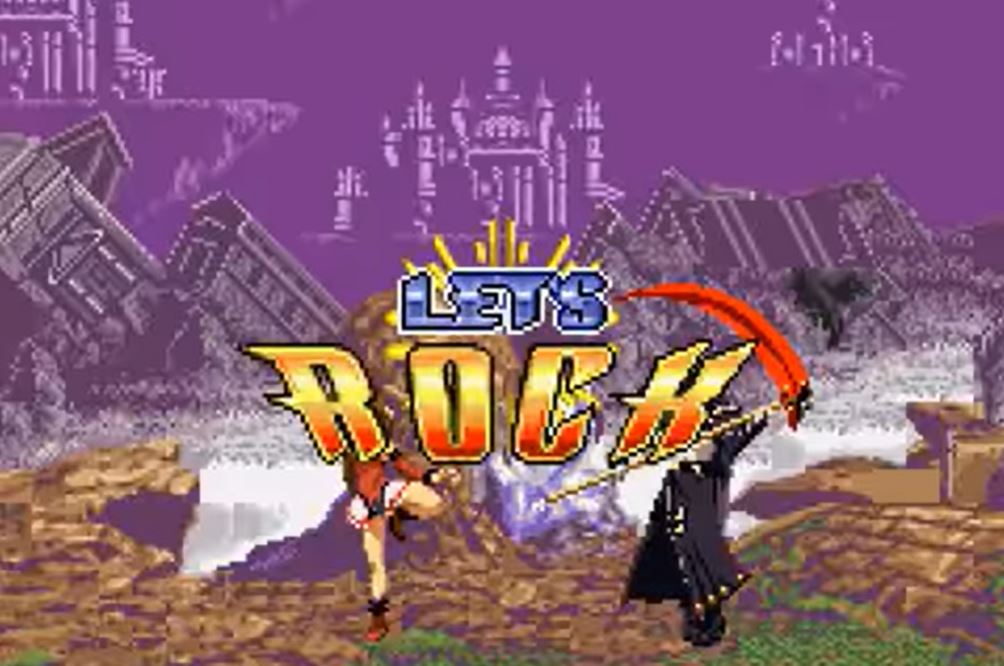